Bollywood actress, Raveena Tandon celebrated her family reunion and posted some surreal glimpses from the same. Check out!

Raveena Tandon was one of the top-most actresses of her generation. The diva had ruled many hearts in the 90s and continues to enjoy millions of fan-following even now. Her stunning looks in the iconic song Tip Tip Basra Pani had made her an overnight sensation, and her chemistry with Akshay Kumar was everyone’s favourite.

Talking about her personal life, Raveena Tandon had walked down the aisle on February 22, 2004, to tie the knot with Anil Thadani. She had set an example of kindness by adopting two girls, Chhaya and Pooja Tandon at the age of 21. Apart from two adopted daughters, she has two biological kids, Ranbir & Rasha Thadani. Now, the actress has shared some surreal pictures with her family, and it's too cute to be missed.

Raveena Tandon Is Away From Her Husband, Anil Thadani On Karwa Chauth In 16 Years Of Marriage

Recommended Read: Inaaya Naumi Kemmu Is All Grown-Up As She Strikes A Sassy Pose In Mom, Soha's Vacation Picture 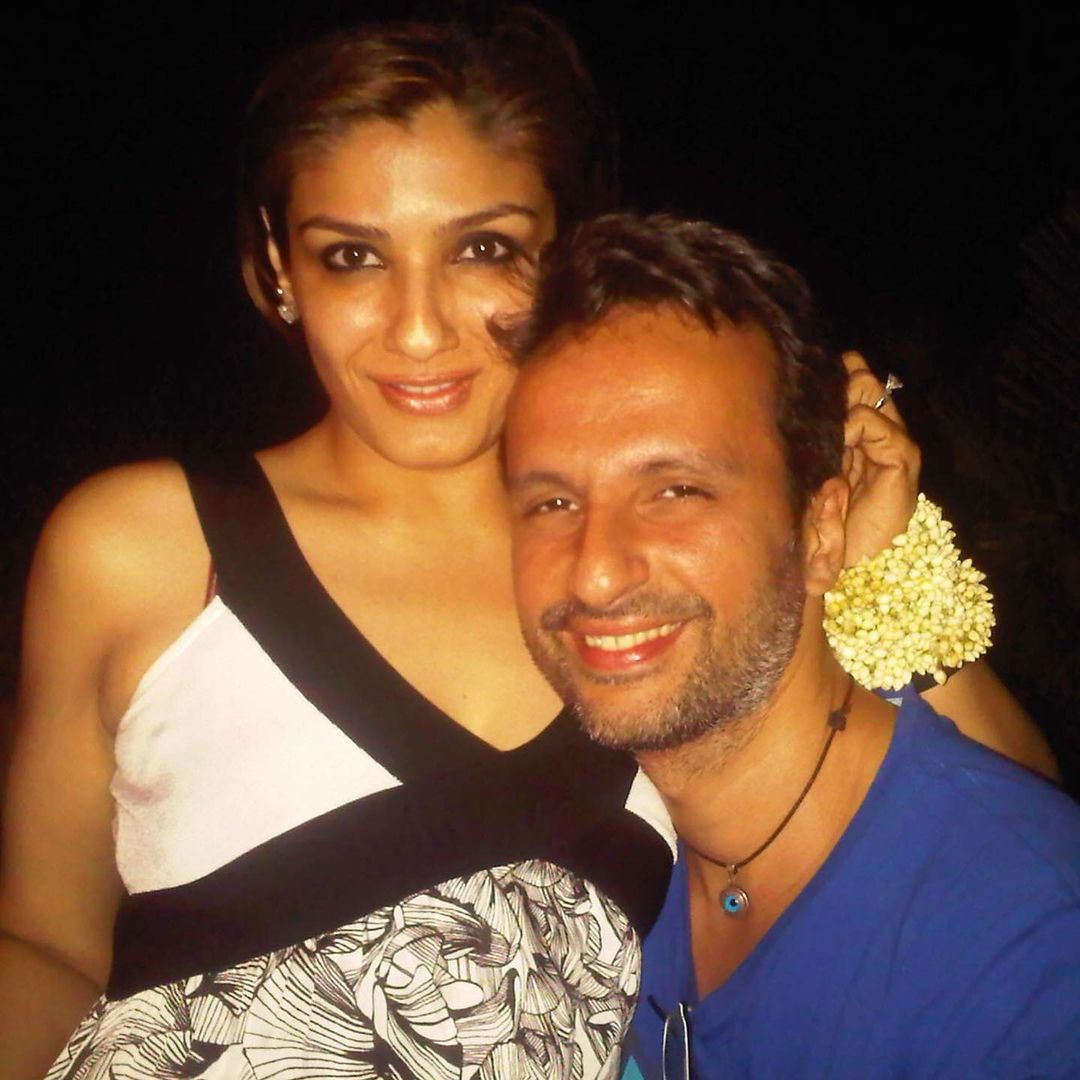 On May 27, 2022, Raveena Tandon took to her IG handle and shared an array of happy family portraits which included her husband, Anil Thadani, her kids and her extended family. In some of the pictures, we can also see Raveena cradling her little bhanjis and bhanjas. She is also seen planting a sweet peck on the little munchkin's cheeks. The Bollywood actress is a complete family person, as proved when we spotted Raveena having a gala with her extended family at the dinner table. Alongside the photos, Raveena captioned them as:

“#famjams are so much fun! Time well spent with the bloodline! Siblings chacha, bhatijas, mama, bhanjas, buas, dadi and Nanis, damaads, and going to be Bahus (uncles, nephews, aunt, grandmothers, son-in-laws and would be sister-in-laws), and new descendants added our tribe grows." 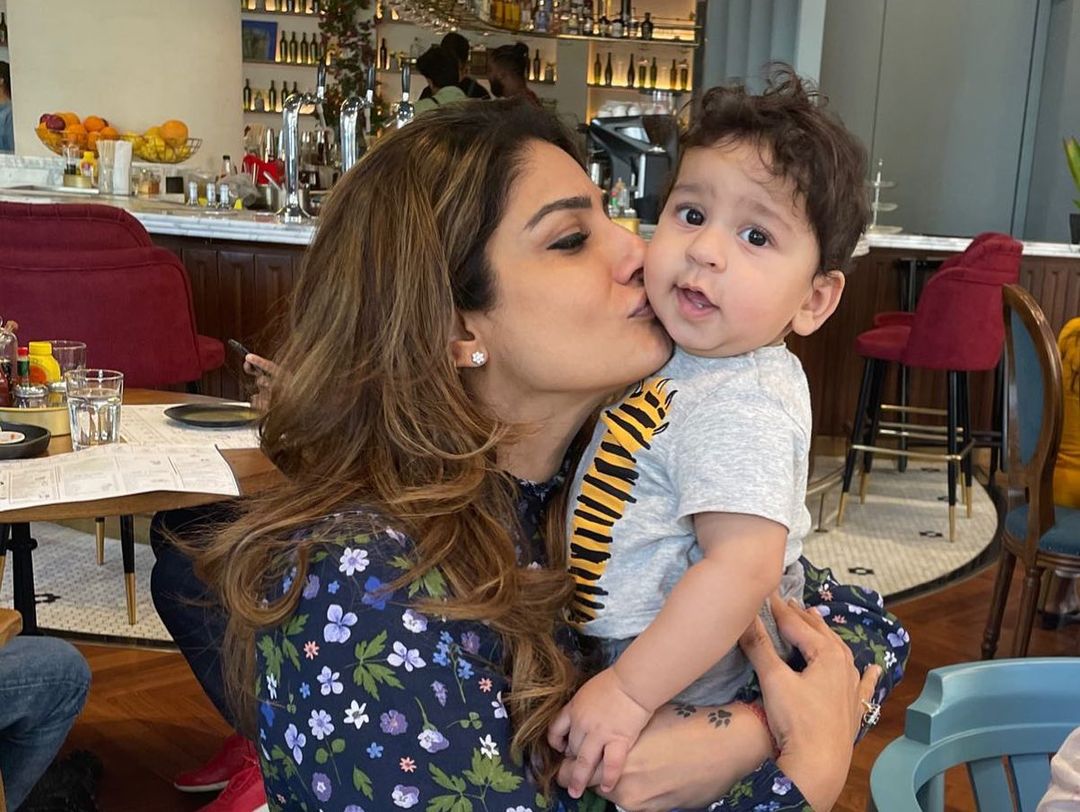 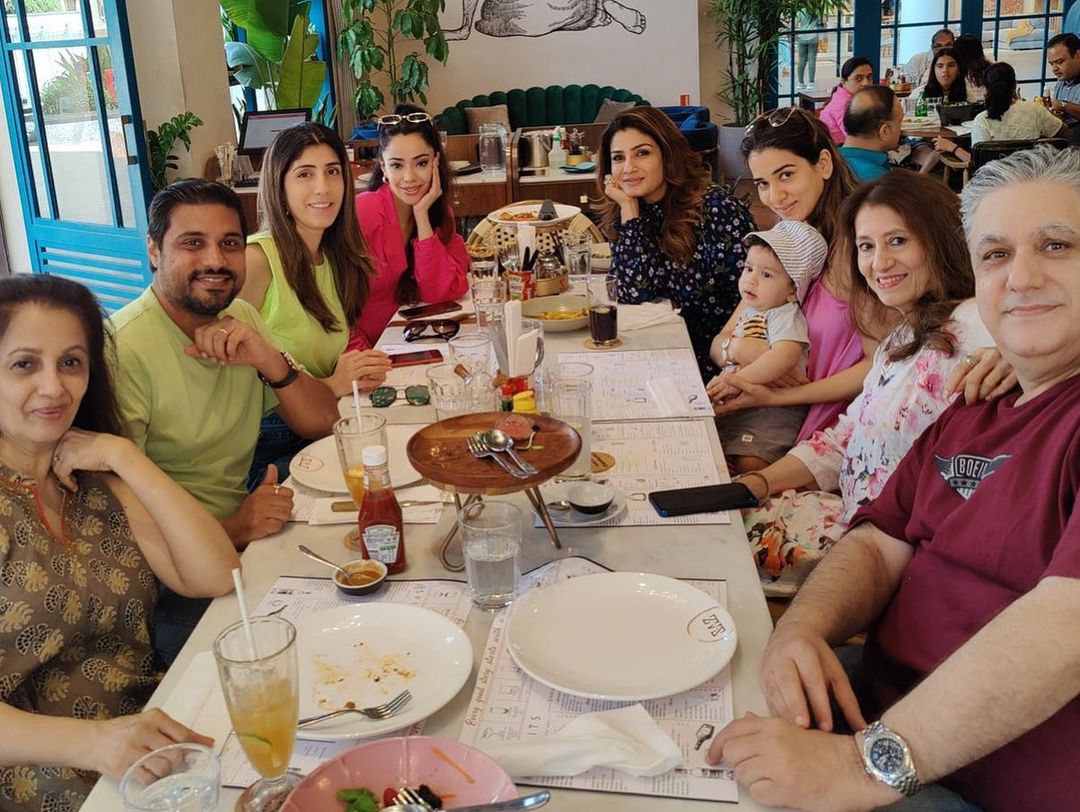 Earlier, in an interview with MissMalini, Raveena had opened up about the feeling of being a grandmother at the age of 40. Raveena had mentioned that she was just 21 years old when she had adopted her two daughters, and one of them was just 11 years old back then. In her words:

"Technically, the minute that word comes, people think you're 70-80 years old. When I had taken in my girls, I was 21, and my eldest was 11. We actually just have an 11-year gap between us. She's had her baby, so she's more like a friend, but technically, I am a mom-like figure to her in her life. That's what equates to being a grandmom, so that's how it is."

Also Read: Kareena Kapoor Stood Up For Bestie, Amrita Singh As The Latter Slammed Trolls For Age-Shaming Her 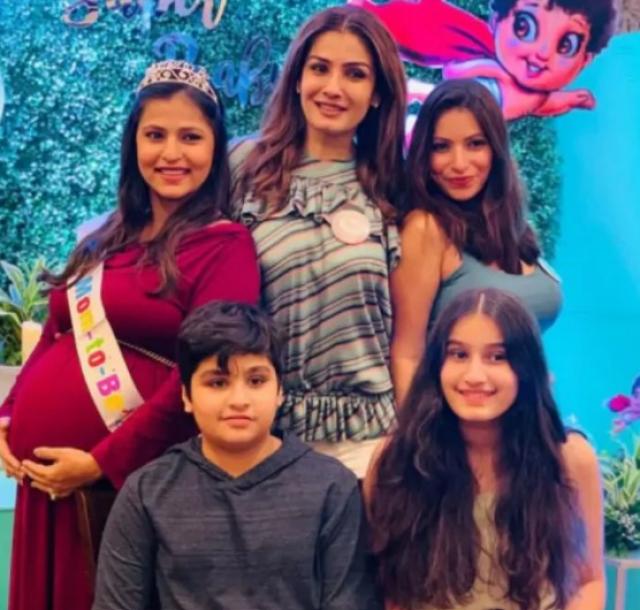 Raveena Tandon is a doting mommy, and she never fails to make her kids feel special. On March 16, 2022, Raveena’s biological daughter, Rasha Thadani had turned a year wiser and to wish Rasha, the actress had posted some unseen pictures of the birthday girl on her IG handle. The images had shown Rasha's kind and compassionate side and had proved that she's an animal lover. Raveena's post had featured some unseen pictures from different time frames in Rasha's life. Along with it, Raveena had penned:

"My sweet, compassionate, kind baby,17 already … and I wanna rewind and shrink you again… @rashathadani always proud of you. Happy Birthday my loving caring babygirl!"

We are drooling over Raveena Tandon’s cute family. What about you?

Next Read: Neetu Kapoor Reveals How She Had Surprised 'Bahu', Alia Bhatt By Performing 'Giddha' On Her Wedding