In a recent interview, Raveena Tandon recalled how she was fat-shamed after her delivery and her befitting response to it.

The Shehar Ki Ladki, Raveen Tandon had ruled millions of hearts in the 90s with her stunning looks and sultry dance moves. The yellow chiffon saree clad Raveena, drenched in the rain while dancing to Tip Tip Barsa Paani is still our favourite and we love how this gorgeousness had put fire on-screen with her beauty and sensuality.

Talking about her personal life, Raveena had met her dream man, Anil Thadani during a business meeting. After a courtship of a few months, Anil had proposed to Raveena, and the two had got engaged in a low-key ceremony. On February 22, 2004, Raveena and Anil had tied the knot in traditional Punjabi and Sindhi style weddings.

Raveena Tandon Wishes Her Son Ranbirvardhan Thadani On 14th Birthday, Wonders How He Grew Up So Fast Raveena Tandon is one of the few actresses of Bollywood, who are known for calling a spade a spade. With her unfiltered opinions and sassy responses, Raveena is still one of the most loved actresses in Hindi cinema. In an interview with NDTV GoodTimes, Raveena recalled the time when she and Aishwarya Rai Bachchan were fat-shamed after their delivery. Revealing how she had stood up for Aishwarya, Raveena said: In the same interaction, Raveena revealed an instance, when a journalist had mocked her for her weight and how she had given a befitting reply to him. Talking about the same, Raveena shared: 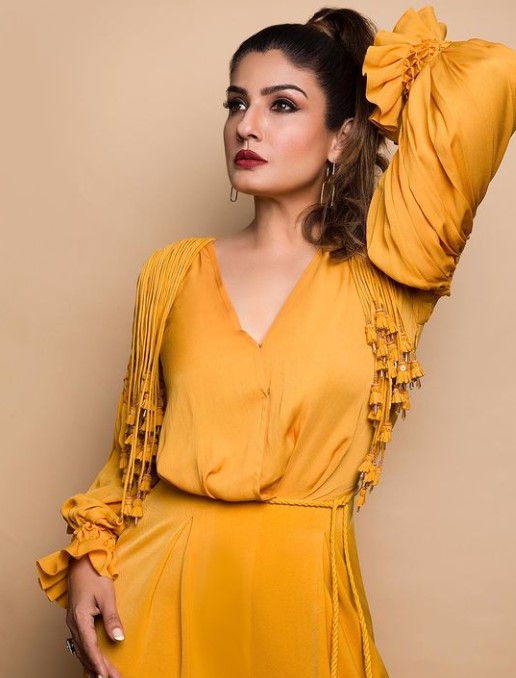 Raveena Tandon had embraced motherhood at the mere age of 21 when she had adopted her late cousin's two daughters. She had become a single mother to Chhaya and Pooja through adoption. Raveena had later welcomed her biological kids, Ranbirvardhan Thadani and Rasha Thadani post her marriage with Anil Thadani. In September 2019, Raveena had become a nani as her eldest daughter, Chhaya Malaney had embraced motherhood for the first time. On the professional front, Raveena is basking in the success of K.G.F: Chapter 2!

Also Read: Bharti Singh Says She Will Be Planning Her Second Baby In 2 Years, Wishes To Have A Sister For Golla 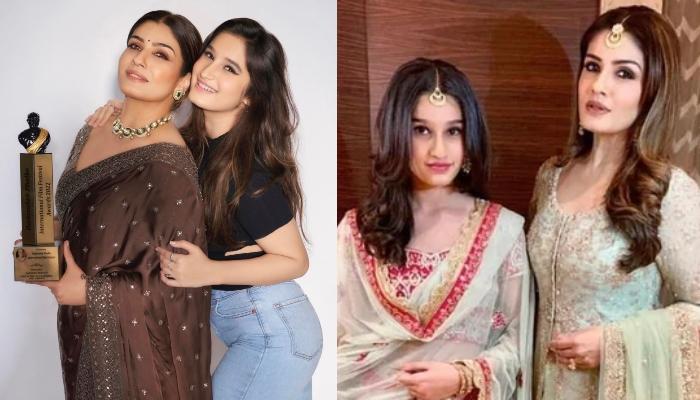 Bollywood actress, Raveena Tandon had made her debut as a producer with the film, Stumped, and it was during the process of releasing the film that she had met the love of her life, Anil Thadani. With less than a year into dating, Anil and Raveena had secretly exchanged the rings in