Raveena Tandon shared throwback pictures of her late father, Ravi Tandon, with his grandchildren, Ranbir Thadani and Rasha Thadani and his son-in-law, Anil Thadani, on his birth anniversary.

Raveena Tandon is known for her notable works in the Bollywood industry. She had made her acting debut in 1991 with the film, Patthar Ke Phool. Talking about her personal life, she is the daughter of the filmmaker, late Ravi Tandon, who is known for his direction in a few films like Khel Khel Mein, Anhonee, Nazrana, Majboor, Khud-Daar and Zindagi. In 2019, he was presented with the lifetime achievement award at the Entertainment Trade Awards. Raveena followed her father's footsteps and became an actress, and they were often spotted together in various film festivals and award shows.

Apart from being a profound actress, Raveena Tandon is also a family person. She keeps on sharing snippets from her life with her fans. On May 29, 2021, Raveena's parents, late Ravi Tandon and Veena Tandon had celebrated their 55 years of marital bliss. Sharing a picture of her mom and dad, Raveena had penned a sweet note for them and had called them her 'inspiration'. She had written:

"55 glorious years and more to come. My inspiration, my faith and my belief in love and companionship for a together forever comes from them. Happy 55th wedding anniversary and 62 years (plus 7 years courtship) of knowing and loving each through everything." A few hours ago, Raveena Tandon took to her Instagram handle and shared throwback pictures from her late father, Ravi Tandon's birthday in February 2021. In the photographs, late Ravi Tandon's grandchildren, Ranbir and Rasha and son-in-law, Anil Thadani, were also seen having a good time with him and with his daughter, Raveena and her mother, Veena Tandon. The actress has been deeply affected by her father's demise and giving a sneak-peek into the last year's celebration, she wrote a heartfelt note for her father. Her caption can be read as:

"HappyBirthday Papa. My life will never be the same again. You will always be the apple of my eye. Cheers! #throwback 17 th feb '21." 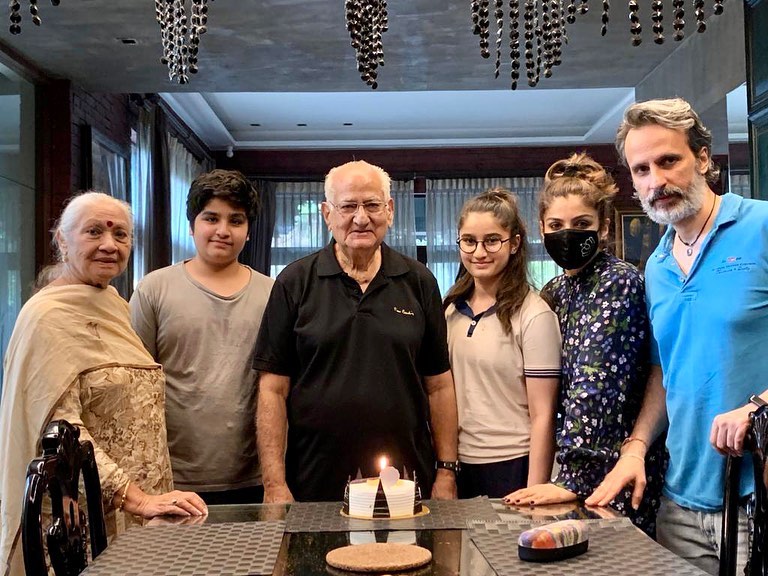 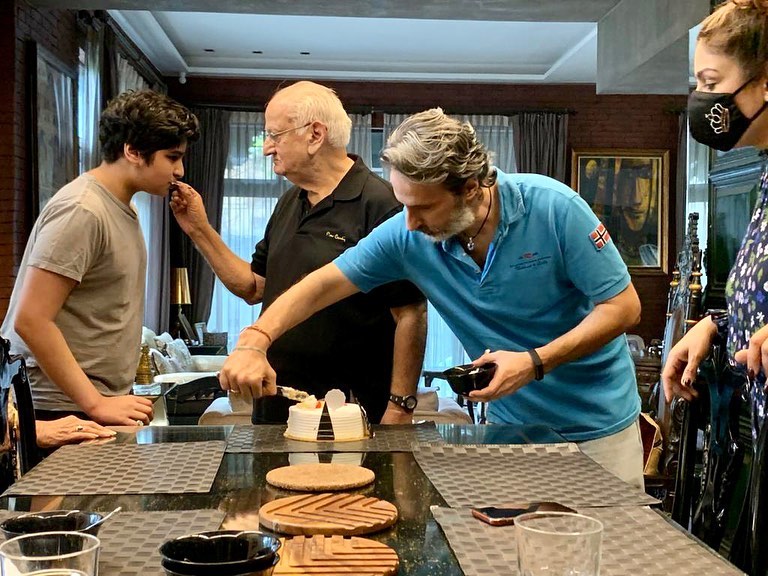 At the age of 86, Ravi Tandon had left for the heavenly abode, on February 11, 2022, leaving his entire family in shock. Raveena had taken to her Instagram handle and had posted a heartfelt goodbye note for her strongest daddy. Sharing pictures with him, Raveena had bared her heart out and had written:

"You will always walk with me, I will always be you, I'm never letting go. Love you papa." 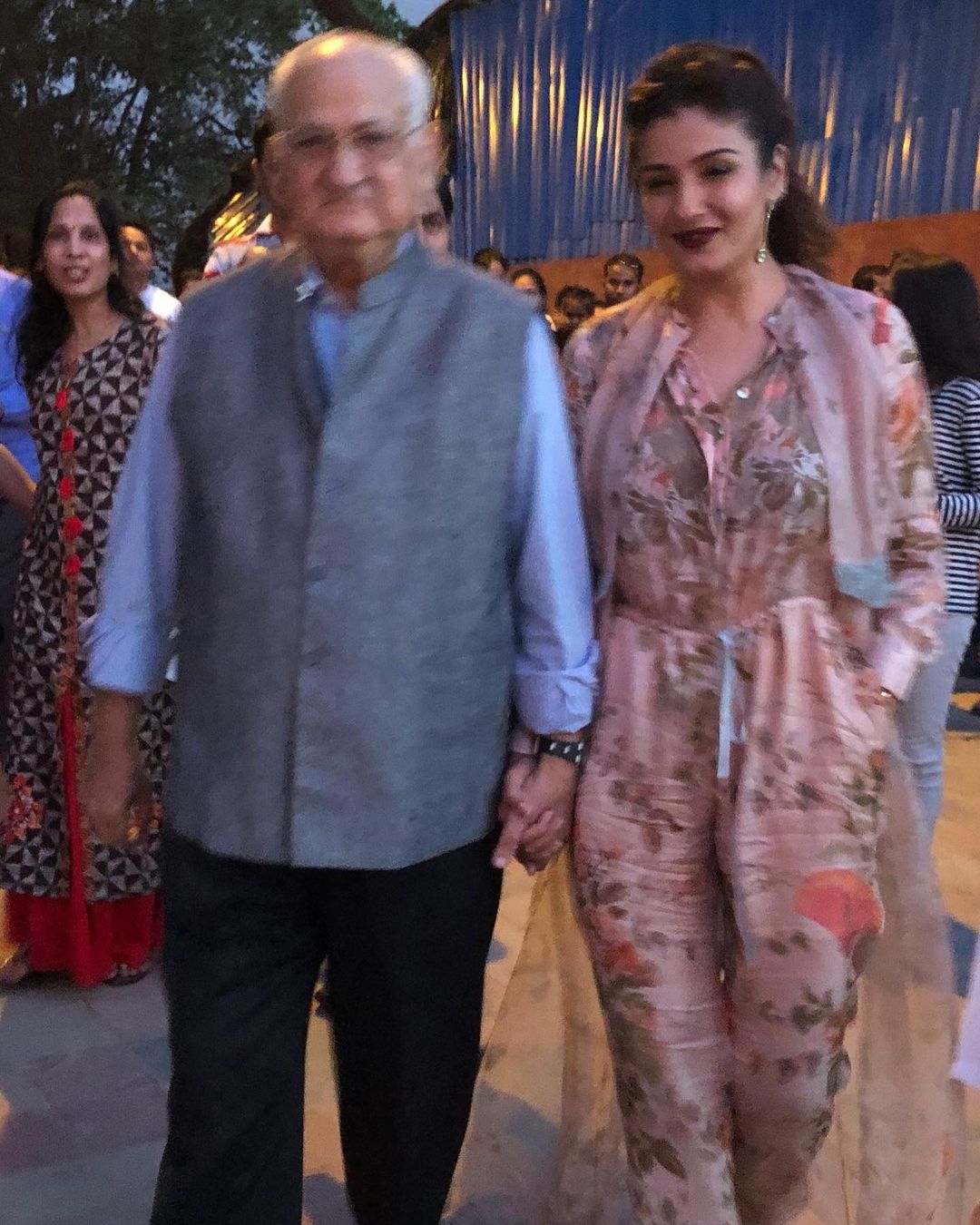 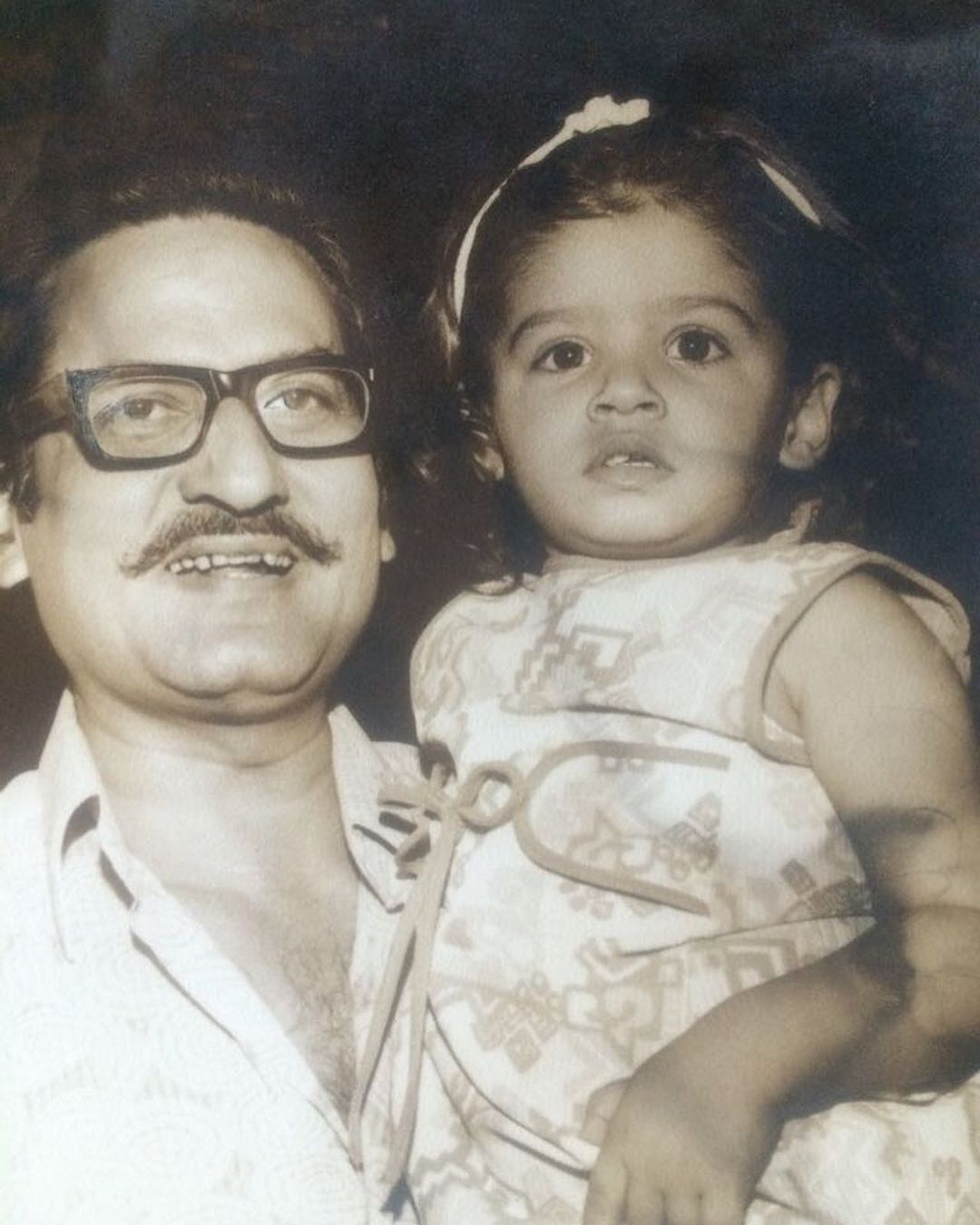 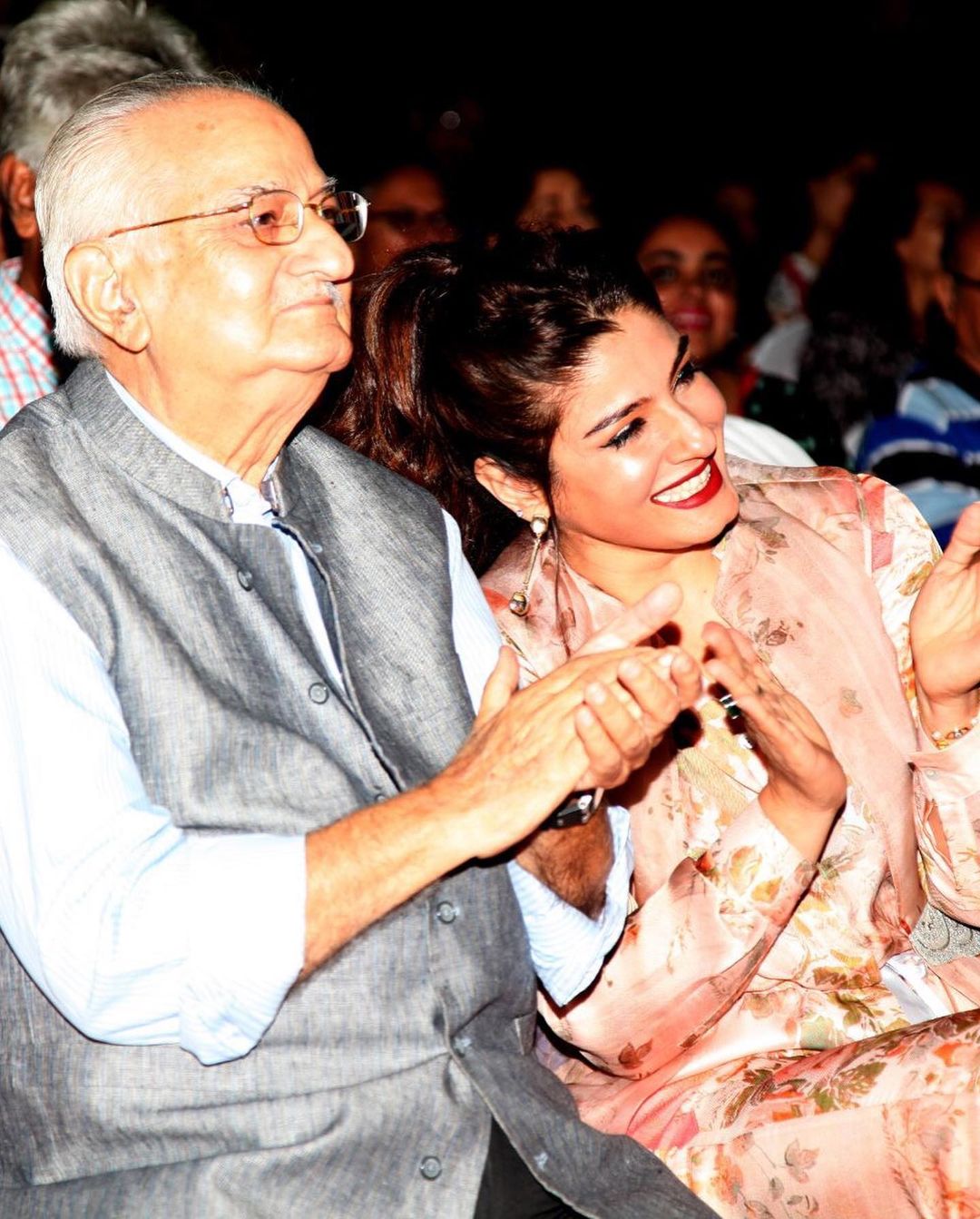 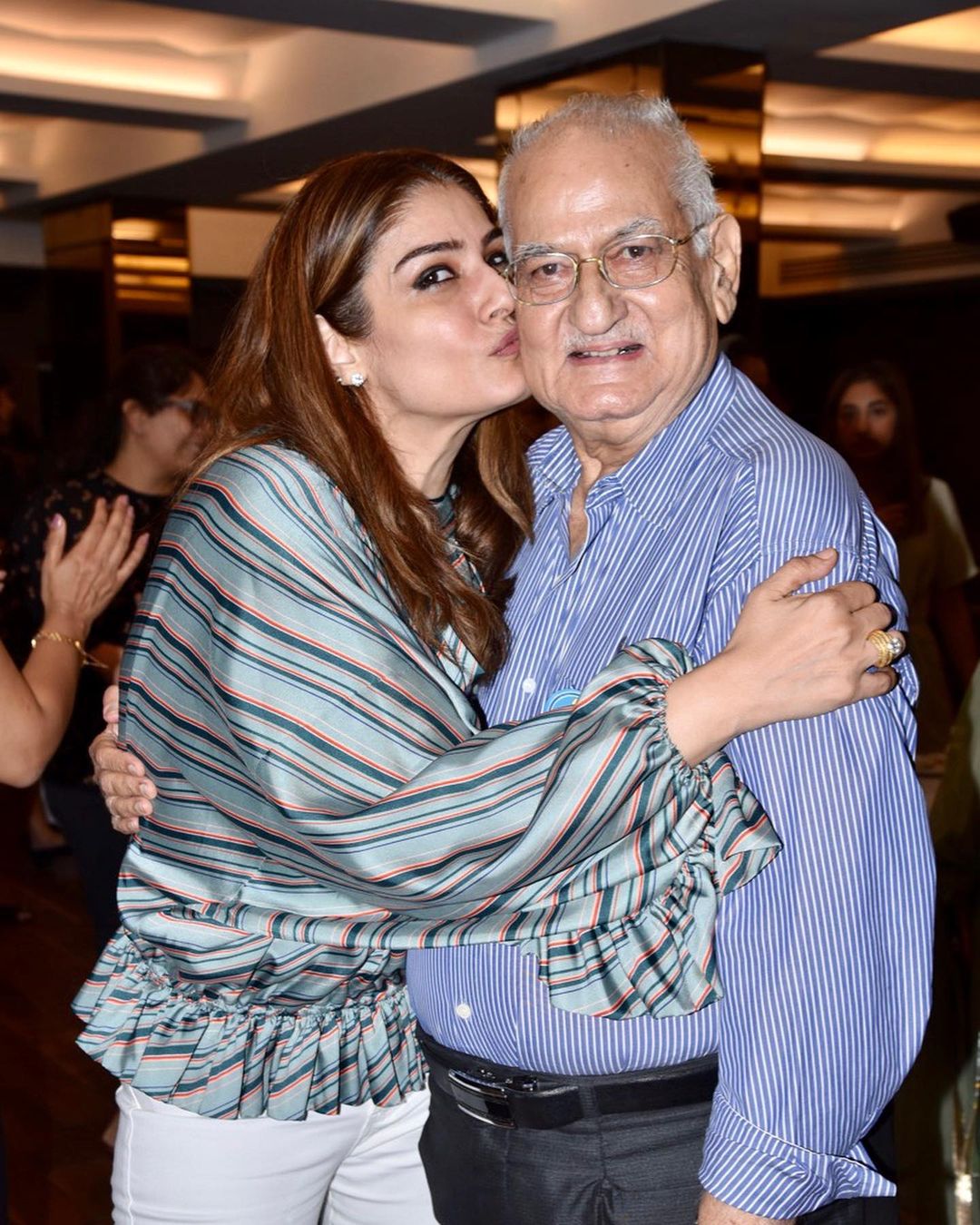 As soon as she had shared the pictures, Raveena Tandon's friends from the B-town, Neelam Kothari, Juhi Chawla, Namrata Shirodkar, and others, had penned consoling notes dedicated for Raveena and her father. 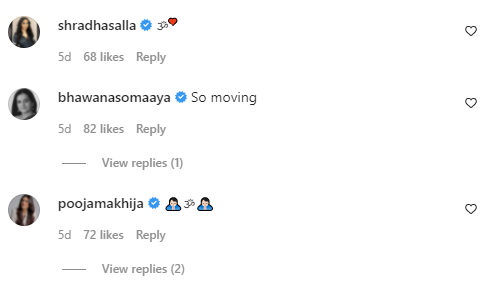 Raveena has always been close to her father, Ravi Tandon. Once in an interview with the Hindustan Times, she had revealed that her father had never thought she would make it big in the film industry. She had shared that he was the one, who was shocked seeing her act in the films. Raveena had stated:

"My father didn't believe that I could get into acting because I didn't attend acting or dance classes before entering films. After finishing school, I immediately faced the camera, so he was bit shocked. I think he was pleasantly shocked and happy." 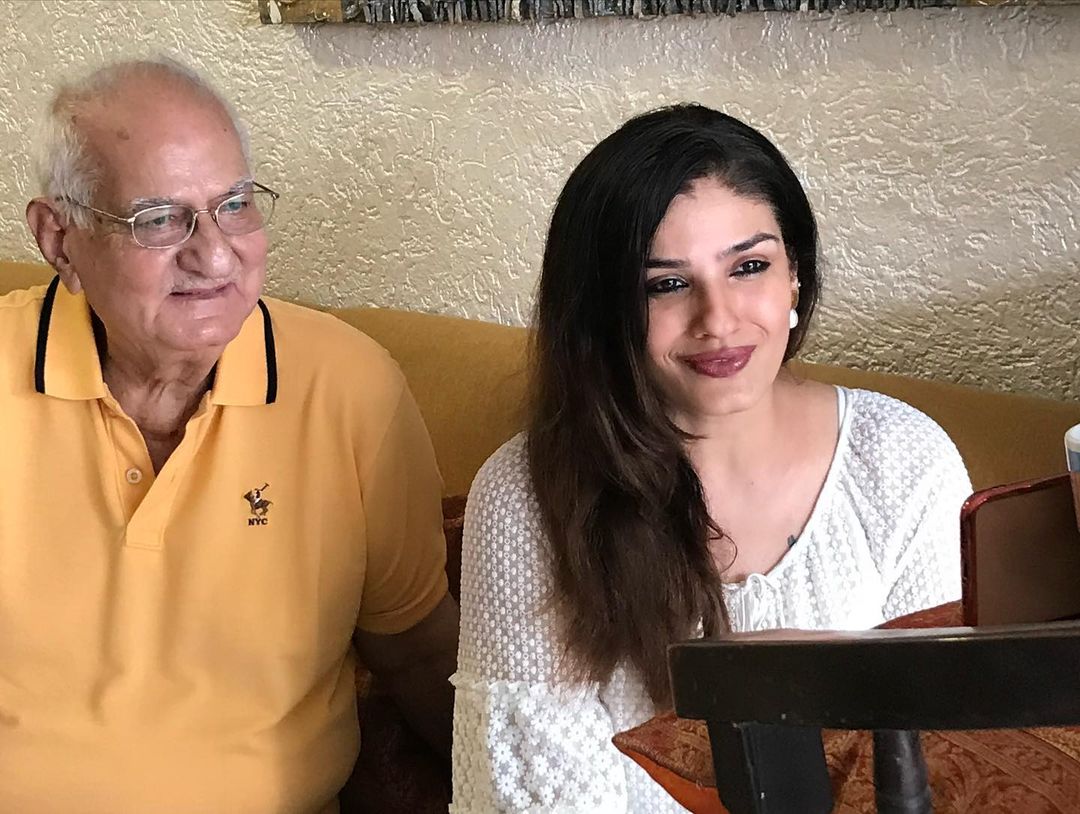