Raveena Tandon shared glimpses from the surprise party given by her daughter, Rasha Thadanai after her latest released film, 'KGF 2' crosses 300 million. Check out their unmissable moments!

Bollywood actress, Raveena Tandon had made her acting debut in 1991 with the film, Patthar Ke Phool. Since then, she has never looked back and is known for her notable works in the film industry. It was during her debut as s producer, with the film, Stumped, in 2003, that she had met the man of her dreams, Anil Thadani. And soon, they fell in love and had tied the knot on February 22, 2004. Their family was completed with the arrival of their two beautiful kids, Rasha Thadani in 2005 and Ranbirvardhan Thadani in 2007.

For the unversed, Raveena Tandon is not just known for her acting and dancing skills but also for inspiring everyone by adopting two girls, Chhaya Tandon and Pooja Tandon, at the mere age of 21. And along with her husband, Anil Thadani, their two biological kids, Ranbirvardhan and Rasha and her two adopted daughters, Chhaya and Pooja, she is living the best of her life. The glimpses of the same are found on her social media handle.

Also Read: Twinkle Khanna Takes A Dig At Hubby, Akshay Kumar For Snoring At Night, Calls It A Struggle 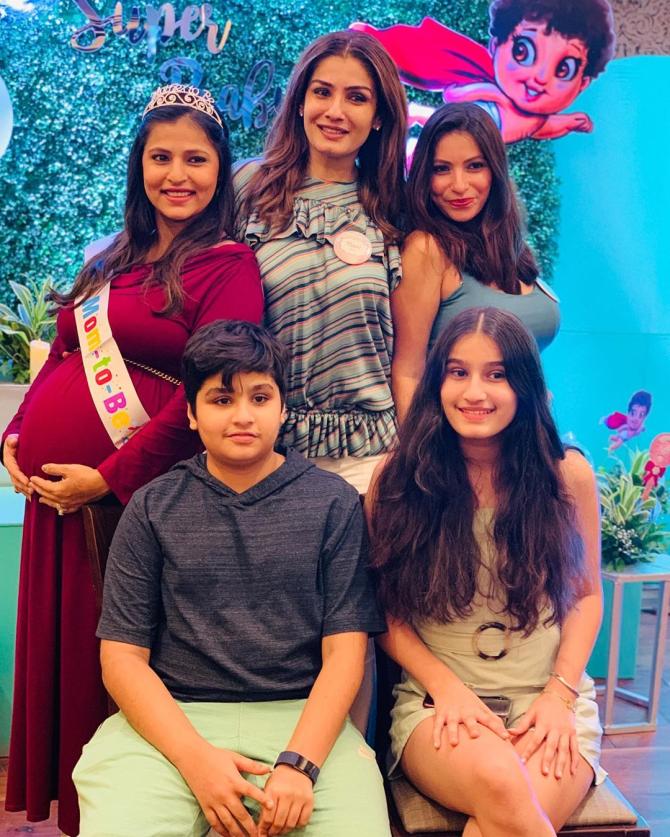 Currently, Raveena Tandon is enjoying the success of her latest released film, KGF Chapter 2, whose Hindi version has already crossed Rs. 300 million. A few hours ago, the actress took to her IG handle and shared a few glimpses of a surprise party given by her daughter, Rasha Thadani. In the first picture, we can see Ranveena posing for a selfie with her kids, Ranbirvardhan and Rasha, from inside a restaurant. In the following picture, Raveena posed for a cutesy picture with her husband, Anil Thadani. And the last picture consisted of a smoky dish including fruits and ice cream with a title written atop it, which read ‘Mumma and Papa. Congratulations KGF Chapter 2’. Sharing the beautiful moments, Raveena wrote:

"Sunday celebratory lunches be like this thank you @rashathadani for this beautiful surprise!" 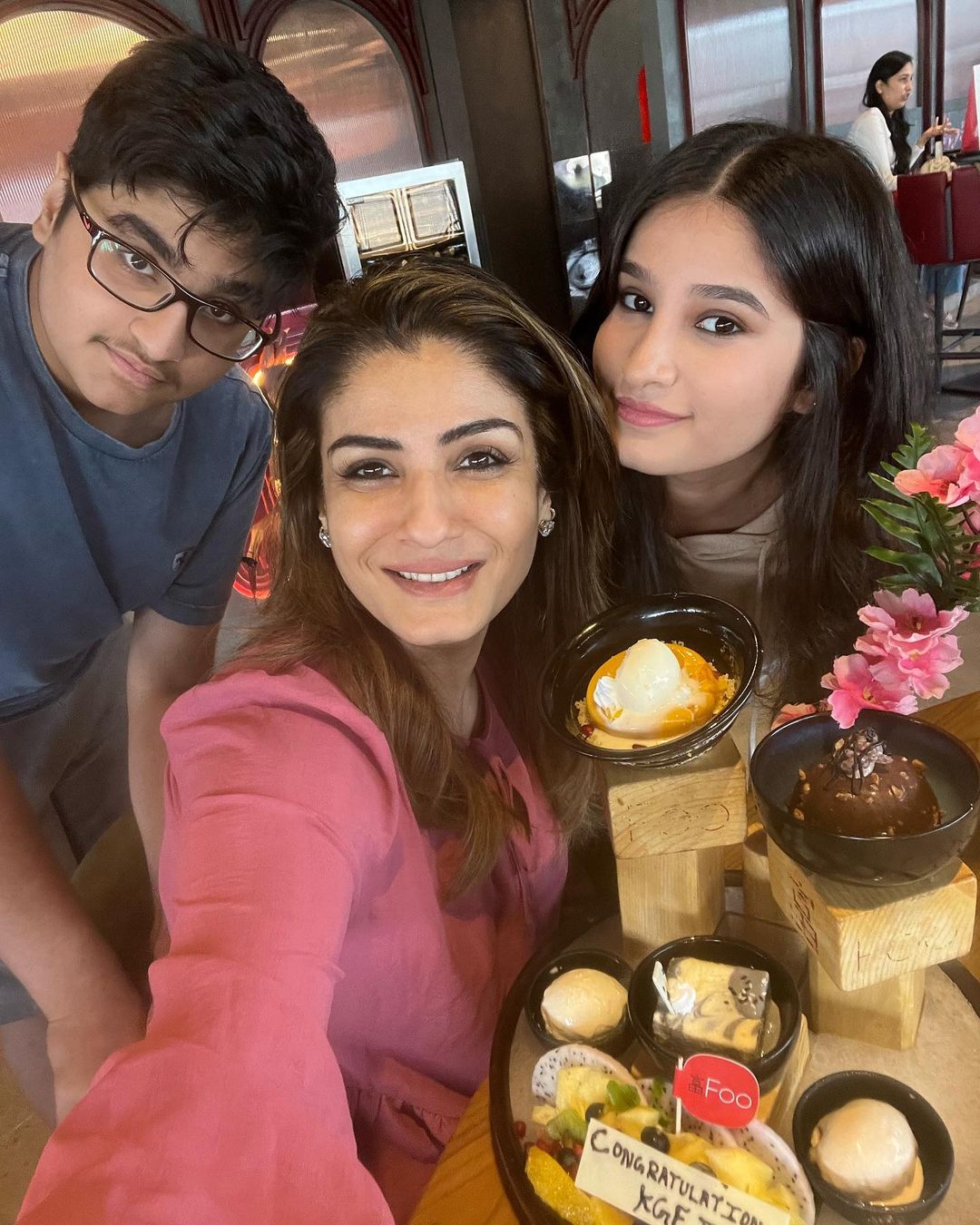 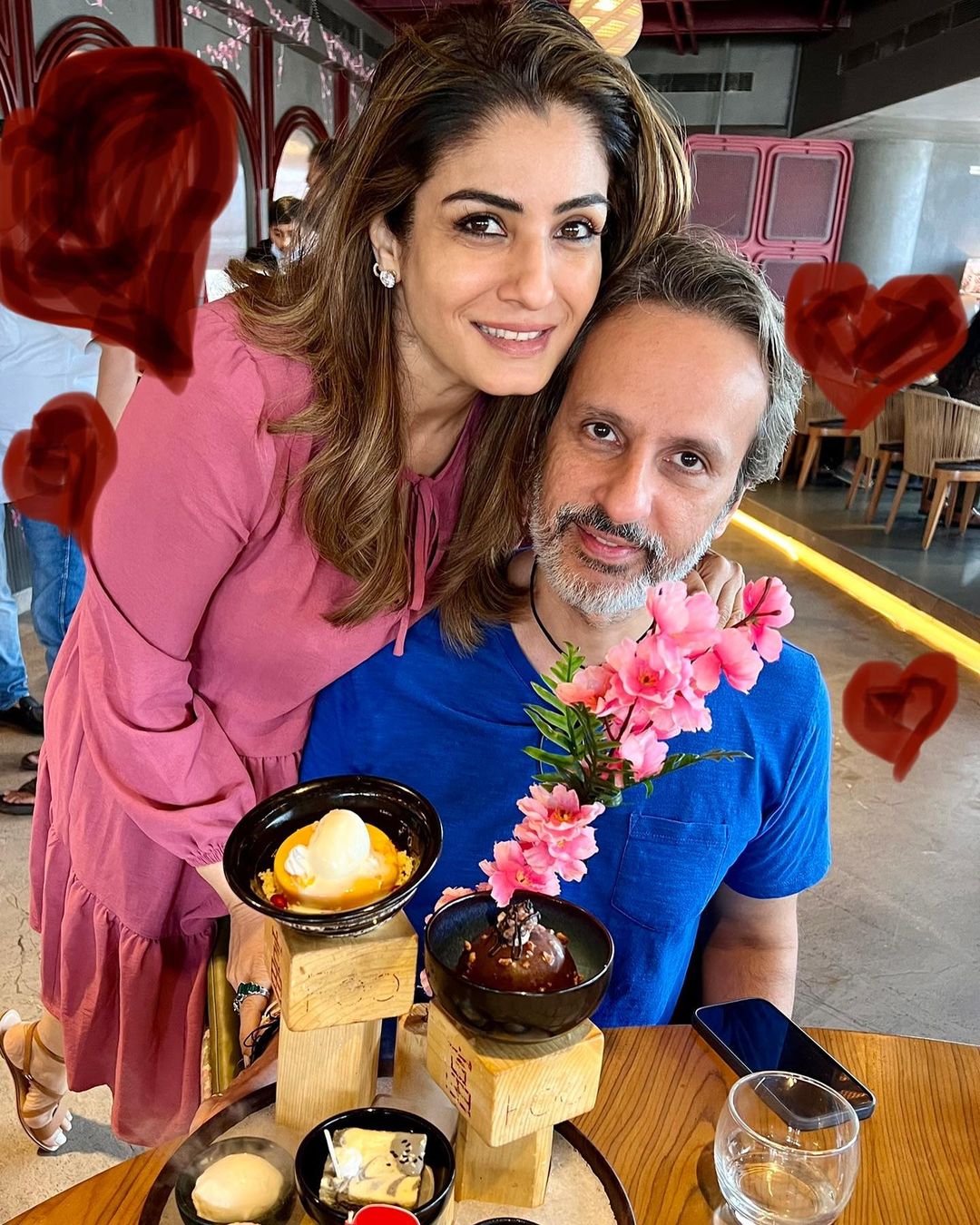 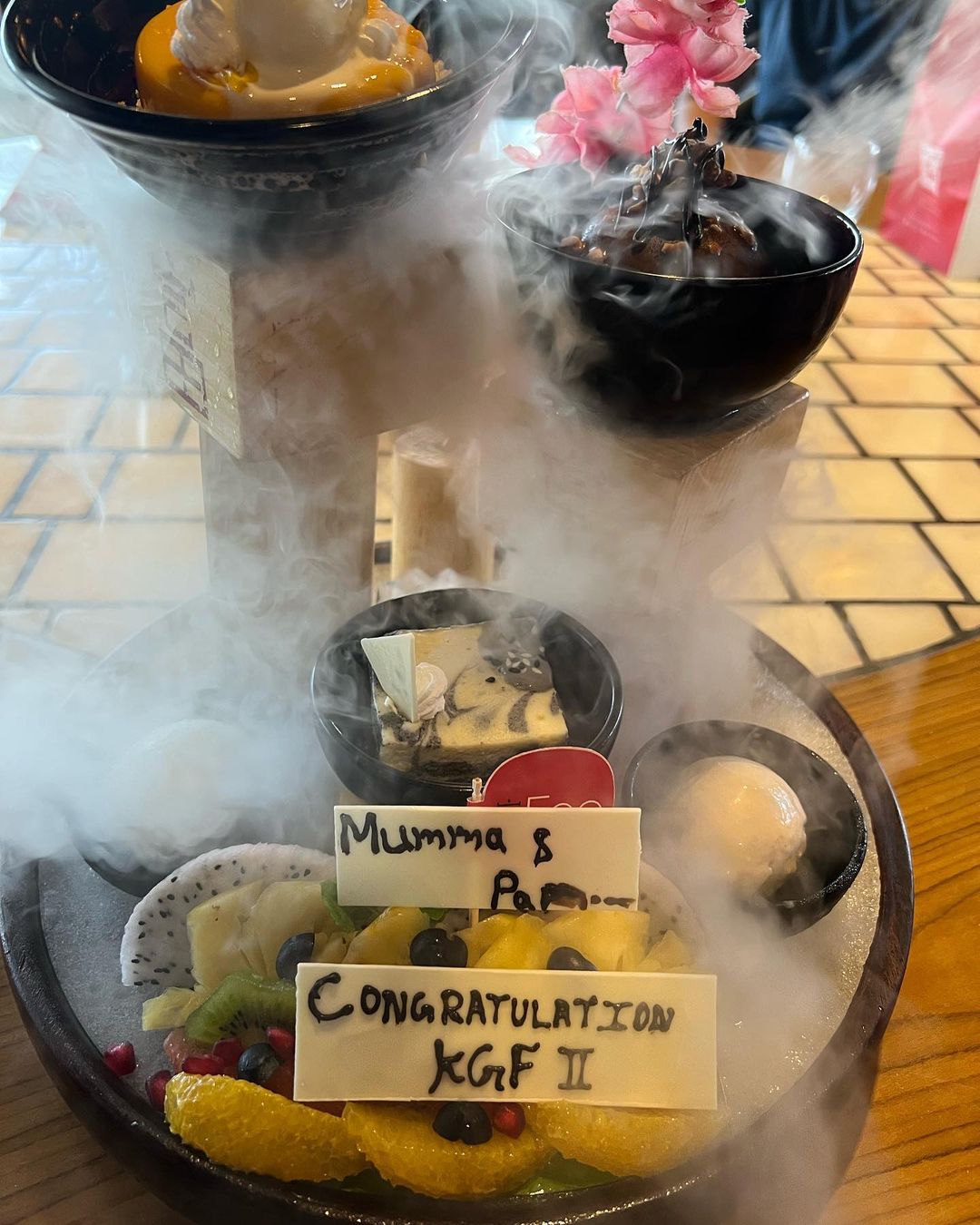 Raveen is a loving mommy and a doting wife and never misses a chance to wish her family on any special day. For instance, on February 22, 2022, Raveena had taken to her IG handle and had shared an array of unseen pictures and videos from her wedding day with Anil to celebrate their 18th anniversary. In the pictures and videos, we could see the young actress was decked up in her bridal couture and had looked absolutely stunning while performing the wedding rituals. Along with the glimpses, she had penned:

"As we get into the “adulthood” of our married lives ,18 years today , I couldn’t have asked for anything more than you. Through our good and bad, thick(me) and thin (u) good times trying times. You are it all …"

Earlier in a conversation with Tweak India, Raveena Tandon had shared ten unknown things about herself. She had revealed the one condition that she had put forward before her husband, Anil Thadani, before tying the knot with him. Talking about the same, she mentioned:

"I think when you've kind of made up your mind and when there's a will, of course if you have a certain stable backing from your family, I think things can be easier. Yes, there were moments where people always thought that I'm taking on excess baggage because I was not settled well yet but my mantra was always – if someone had to love me, they had to love me. I come as a package deal – they have to love me, my girls, my dogs and my family." 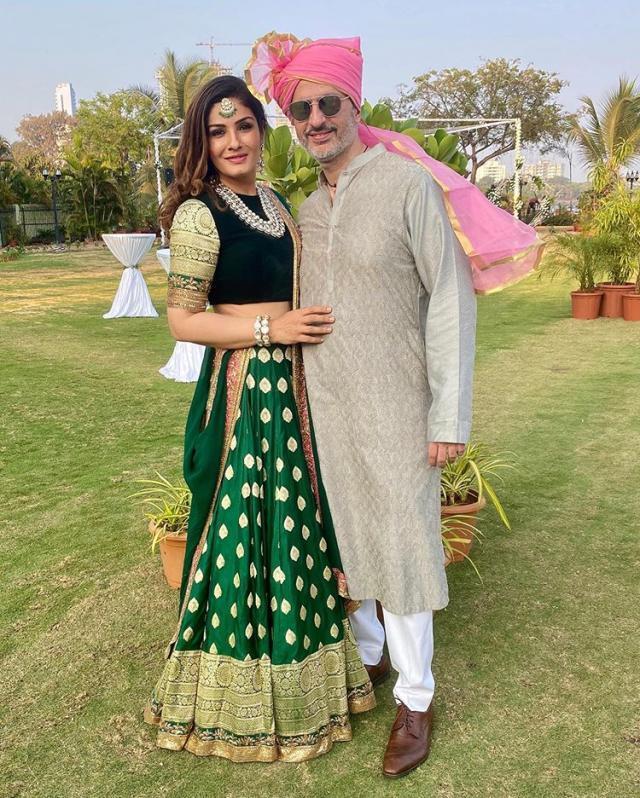 Isn't Ranveena the most incredible mommy?

Raveena Tandon Recalls Her Scary Encounters With Stalkers, Says 'He Would Send Me Vials Of Blood' Bollywood actress, Raveena Tandon needs no introduction. She ruled the silver screen in the 90s, and even now, her stardom doesn't seem to end. The actress rules millions of hearts, courtesy of her beautiful smile and appalling looks. However, Raveena had faced some harrowing stalker incidents in the past, which left her