When Rekha Accidentally Posed Next To Amitabh Bachchan Picture, Her Reaction Was Priceless

When Rekha Accidentally Posed Next To Amitabh Bachchan Picture, Her Reaction Was Priceless

The evergreen diva of Hindi cinema, Rekha’s charm is still afresh in the entire country, thanks to her impeccable acting skills and features that can make anyone fall in love with her. While the actress is an open book for all her fans and followers, one facet of her life has always been in a mystery. It is her rumoured relationship with Bollywood actor, Amitabh Bachchan.

Recommended Read: When Amitabh Bachchan Lost His Temper At Jaya Bachchan Post An Interview About His Affair With Rekha

A few years back, on January 29, 2019, Rekha attended the calendar launch of renowned photographer, Dabboo Ratnani. However, the actress didn’t shoot for the calendar this year, she made sure to pose against the picture backdrops. But, when she realised that one of the photos behind her is of Amitabh Bachchan, the reaction that came out was hilarious.

Check out the video here:

For those who don’t know, their love-story began on the sets of Do Anjaane (1976), at that time Amitabh was married to Jaya Bachchan. During the initial years, they kept their relationship secret, and no one knew anything about it. However, during the shoot of Ganga Ki Saugandh (1978), Amitabh ji lost his temper on a co-actor who was misbehaving with Rekha. And, after that their relationship came into media glare.

Earlier, in an interview with Filmfare in November 1984, Rekha talked about Amitabh Bachchan. She opened about the reason they hide their relationship, and said, “Why should he have not done it? He did it to protect his image, to protect his family, to protect his children. I think it is beautiful, I don’t care what the public thinks of it.” 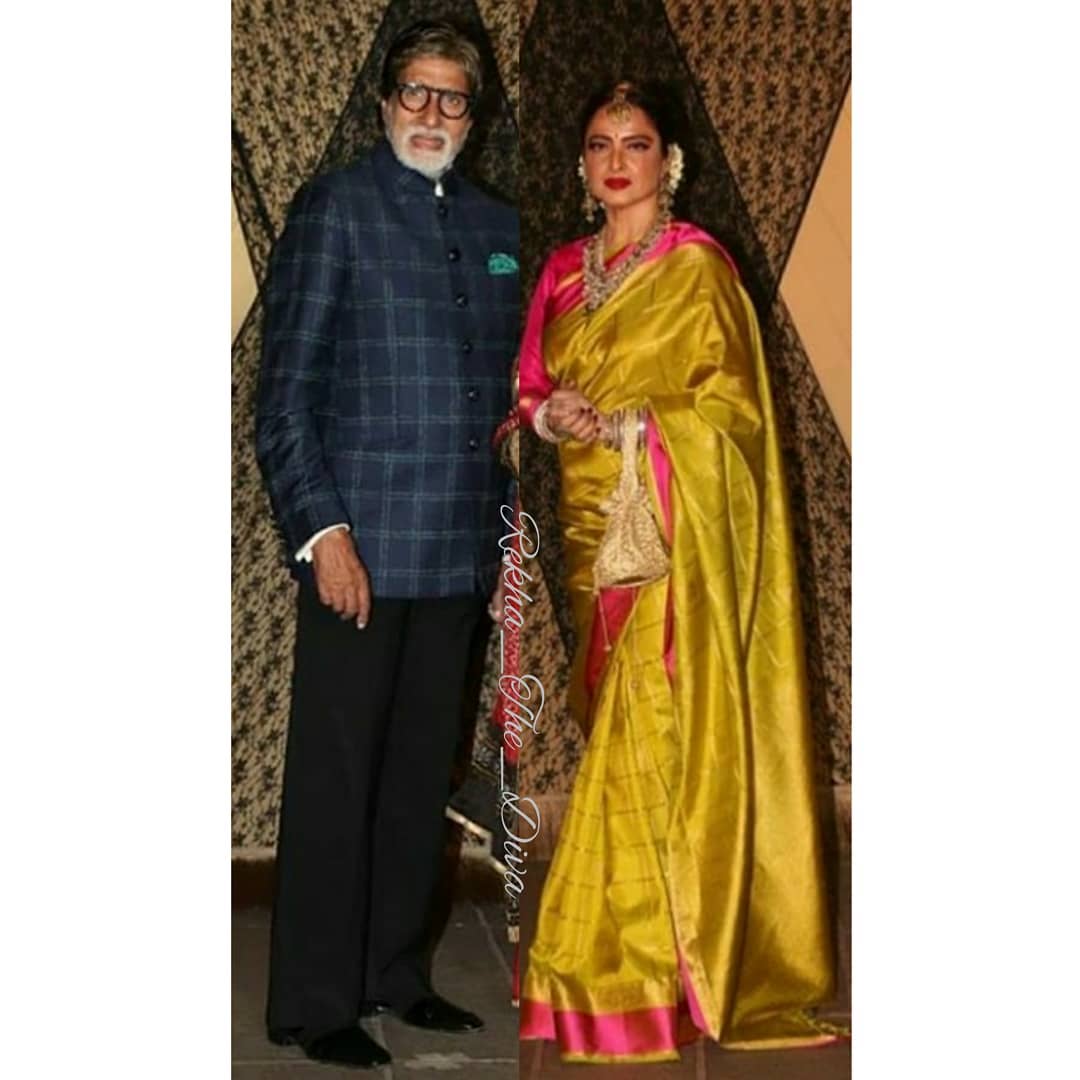 Rekha further added, “Why should the public know of my love for him or his love for me? I love him, he loves me – that’s it! I don’t care what anybody thinks. If he’d reacted that way towards me in private, I would have been very disappointed. But has he ever done that? I ask you. So why should I care about what he’s said in public? I know people must be saying bechari Rekha, pagal hai us par, phir bhi dekho. Maybe I deserve that pity. Not that he has 10 rollicking affairs! Mr Bachchan is still old-fashioned. He doesn’t want to hurt anybody, so why hurt his wife?”

You May Also Like: When Yash Chopra Had Revealed Why He Was Scared To Film Jaya Bachchan And Rekha Together In Silsila

Rekha went on to say, “My reaction is not a typical reaction, I know that. But there’s a total fulfilment. We are human beings who love and accept each other for what we are. There’s more happiness in our lives than misery. Nothing else matters. But as long as I’m with that person, I don’t care. I cannot identify me with anyone else. Don’t publish this. For he’ll deny it. Then I’ll affirm it. Then there will be a statement from his camp saying, “No, no. she is nuts like Parveen Babi.” Then I’ll say “No, no. Parveen Babi is not here, but here I am to issue a statement.” Anyway, why should I be talking to you about my personal life? I am a very creative person. I have lots of interests. People love talking about my personal life. But I want to keep it to myself. Mr. Bachchan is important to me, not to anybody else.” In the same interview, Rekha also talked about her fantasy of having kids. The actress said, “My fantasy is to have lots of children. I hope it doesn’t remain a fantasy. My mother always tells me to have a child by the time I’m 30. I think it’s right. I want my children to physically grow with me. I don’t think there will be a communication gap, because I’m very forward. I think 100 years in advance. I enjoy the privacy of my home. But I want the emptiness of my houses to be filled with children. Just imagine, children running up the stairs. But I am determined not to have only two children, 12 minimum. There’s a fear in me though. You know Sophia Loren said you feel insecure at 40. I’m scared of being 30.”

Rekha is definitely a diva in every way! What do you think?