Newly married, Rhea Kapoor took to her IG handle to share some unseen glimpses from her wedding ceremony and the pictures spoke volumes about her breaking stereotypes. Here's why!

Rhea Kapoor and Karan Boolani's love story is one of a kind. After dating for 12 years, the boss lady of Bollywood, Rhea Kapoor had surprised everyone when she had decided to marry her long-time beau, Karan Boolani, in an intimate ceremony. Though the members of the Kapoor family had not confirmed the news, fans believed it when the first picture of the newlyweds leaving in a car had gone viral.

A few hours ago, Rhea Kapoor's father, Anil Kapoor, had taken to his IG handle to pen an emotional note and had stated that his family is complete now. The actor had shared two pictures, one from Rhea and Karan's wedding and the other one of his complete family. He had captioned the pictures as  "And with that, I feel like my Magnum Opus is complete...with our 2 super-daughters and 3 super-sons, we have the biggest blockbuster ever! Our hearts are full and our family is blessed."

Rhea Kapoor Shares Liplock Picture From Date Night With Her Husband, Karan Boolani On His Birthday

Rhea Kapoor And Karan Boolani's Sweet Gesture For Friends, Who Could Not Be Invited To The Wedding 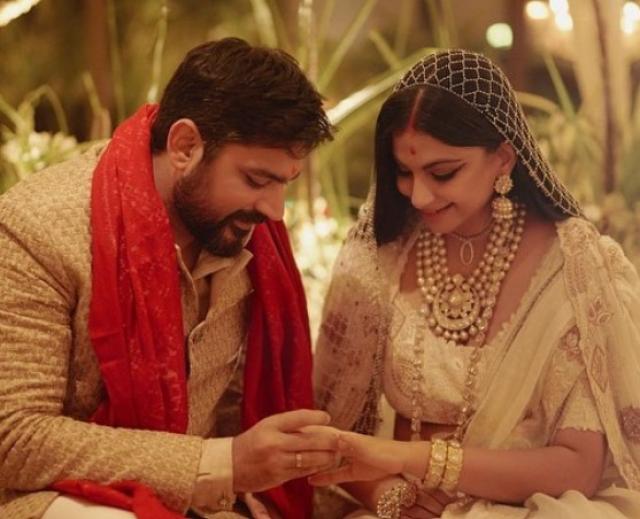 Now his daughter, Rhea Kapoor, took to her IG handle to share few unseen pictures from the wedding and disclosed her wish of having a very intimate and comfy wedding. Alongside the pictures, Rhea wrote, "I wanted to run away and get married in my living room. Thank you for making that possible." However, what caught our attention was the fact that the boss lady did not abide by society's norms to deck up in an all-red ensemble for her D-Day. Also, she had kept the makeup quite minimal and yet looked gorgeous. 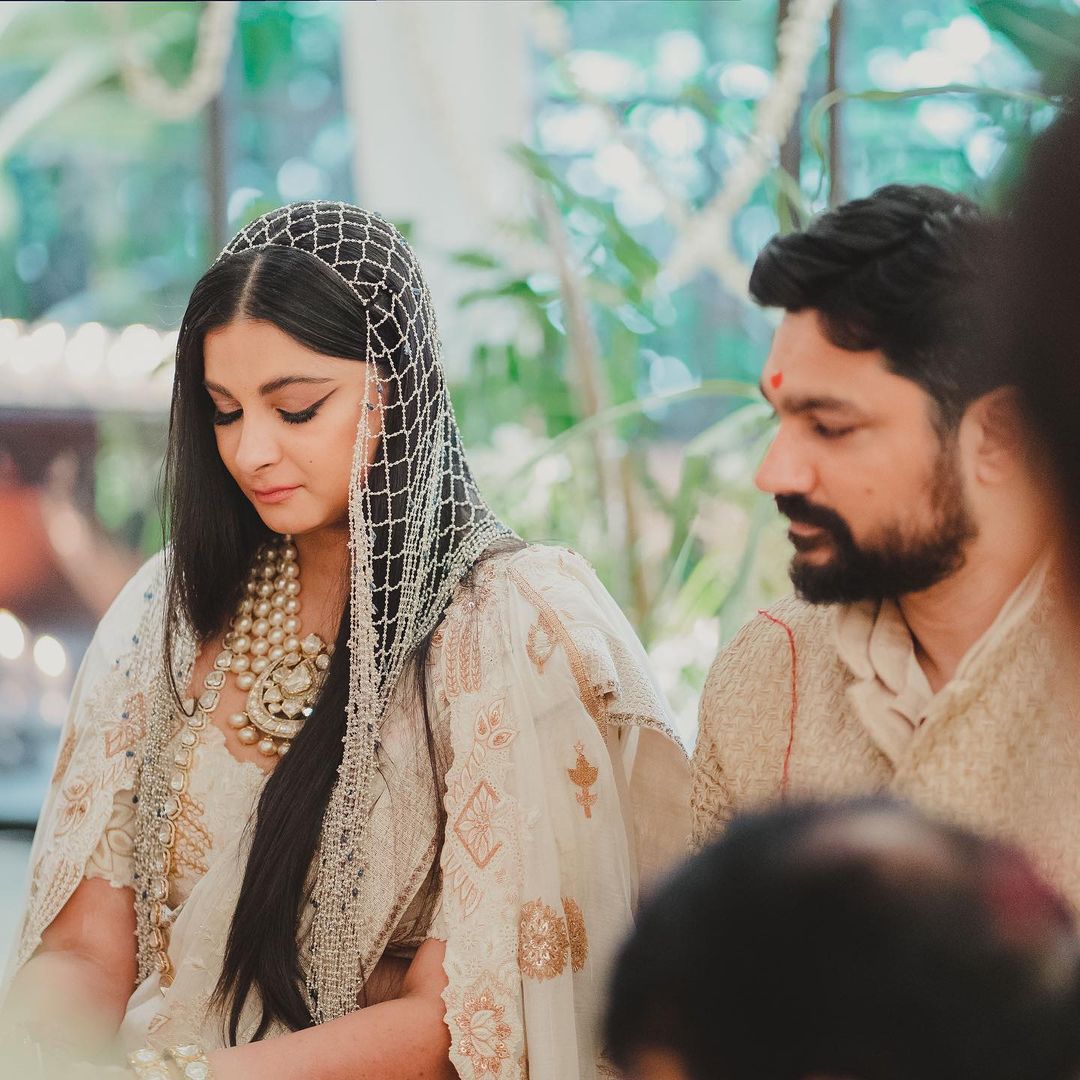 For her wedding, Rhea had worn a chanderi saree designed by Anamika Khanna and had looked breathtakingly beautiful in it. Unlike other celebrities, who spent millions behind their jewellery from various designers, she had opted to deck herself in her mom, Sunita Kapoor's jewellery. The highlight of Rhea's bridal look was her unique pearl veil designed by Birdhichand Ghanshyamdas Jewellers. 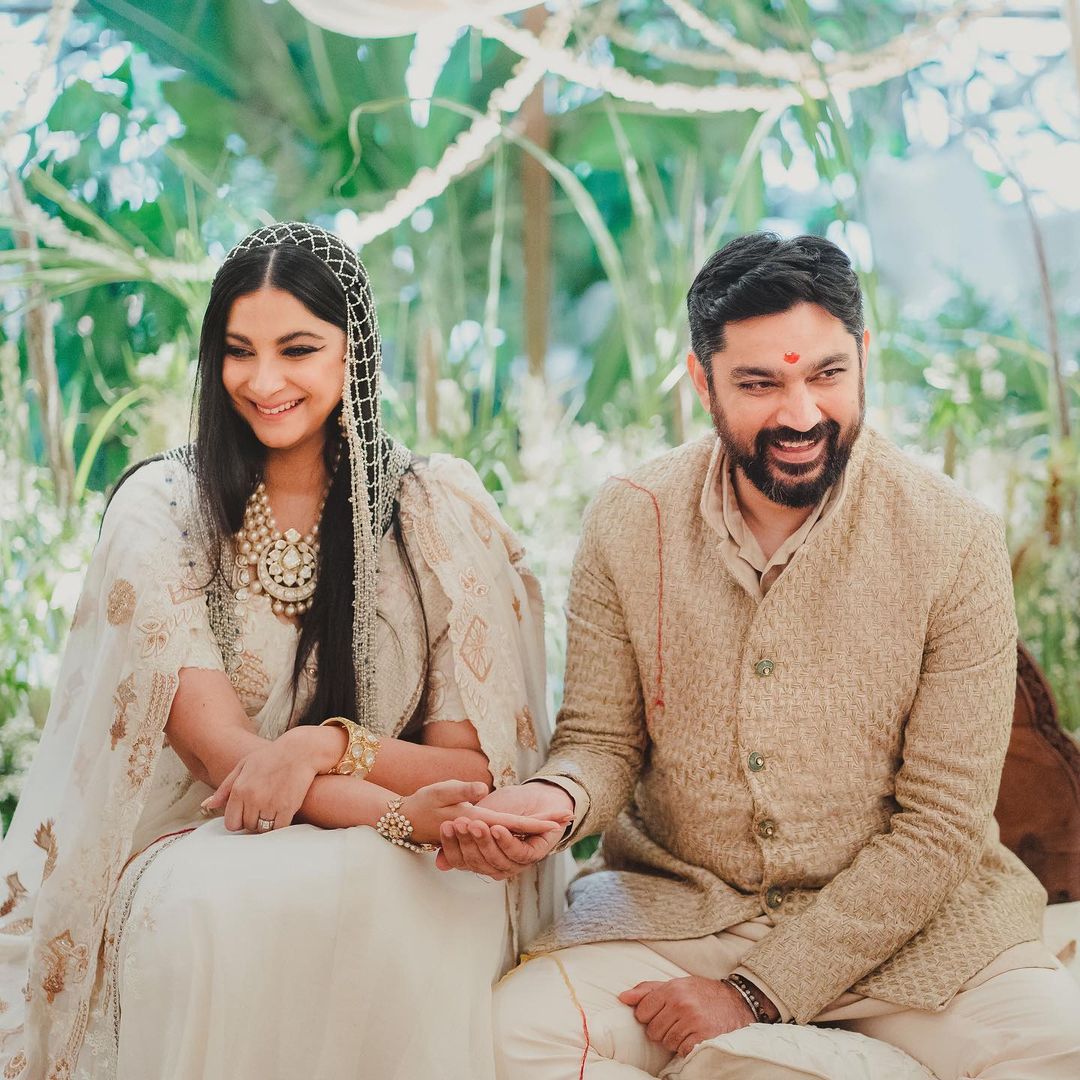 In one of the pictures from her wedding, Rhea was seen flaunting a unique mangalsutra that is usually not seen otherwise. Generally it has black moti and a pendant, but Rhea's mangalsutra had a unique pendant and she had ditched the black moti string in her mangalsutra. Besides that, in another picture, Rhea did not shy away from posting unedited pictures from her wedding and flaunted the unevenness of the skin of her hands like a pro! 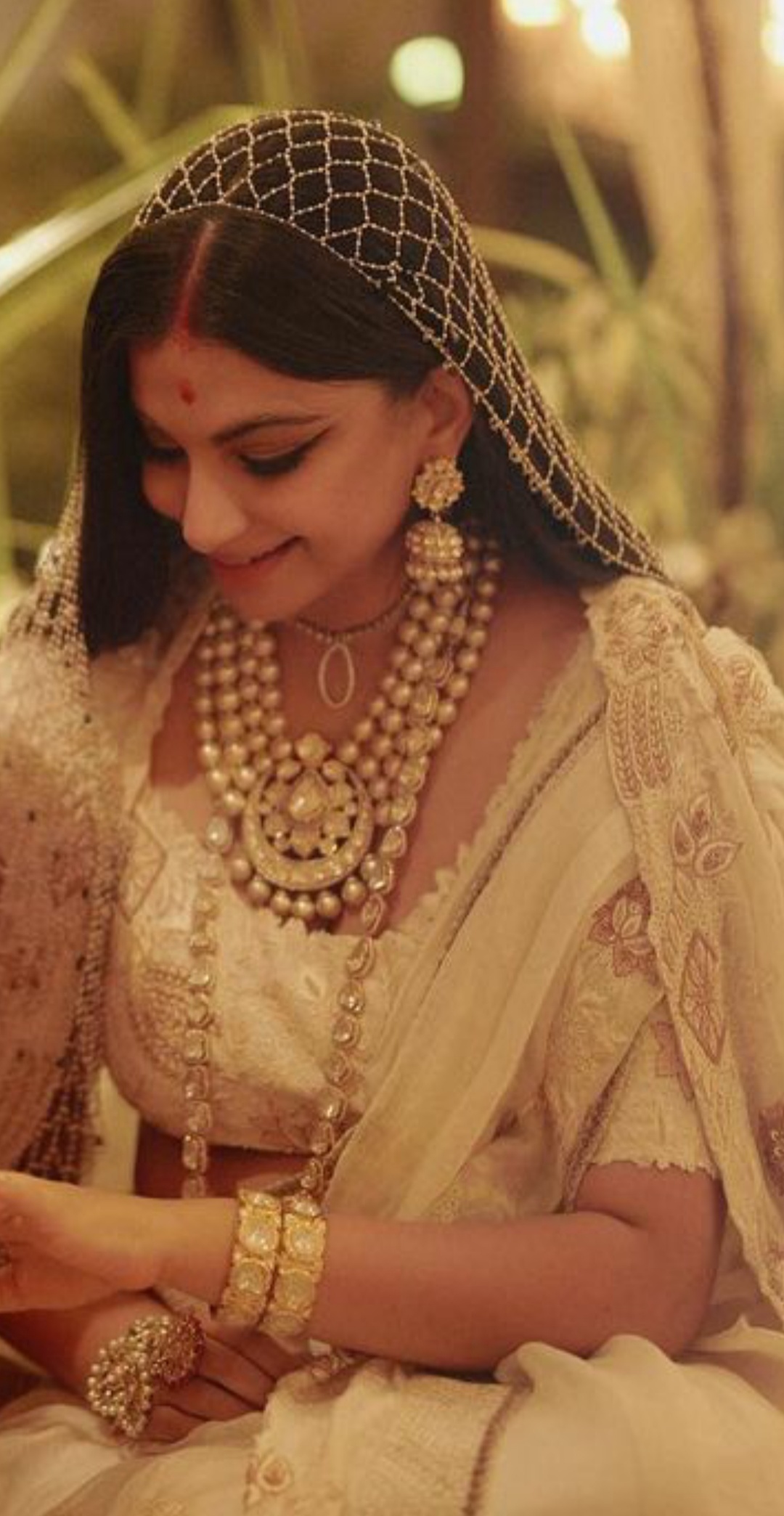 On August 16, 2021, Rhea Kapoor had taken to her IG handle to share a surreal picture from her private wedding ceremony. In the picture, Karan Boolani was seen sliding the wedding ring into her finger. Sharing the photo, Rhea had penned a heartmelting note that had summed up all these years of knowing each other. She had written, "12 years later, I shouldn’t have been nervous or overwhelmed because you’re my best friend and the best guy ever." 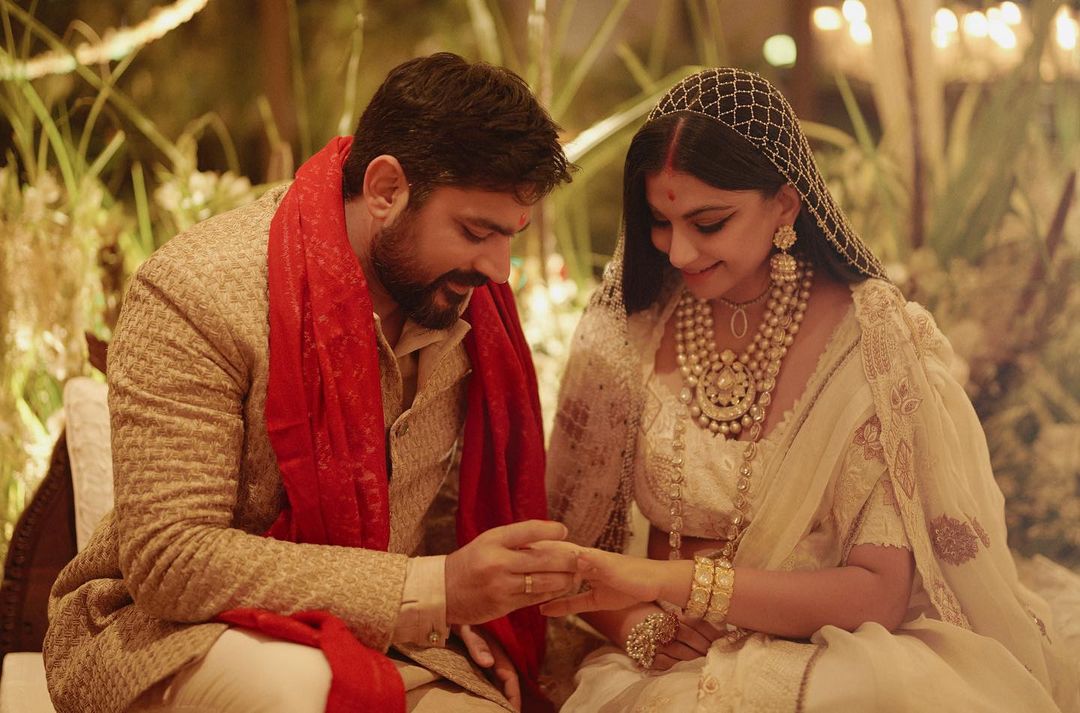 Going further in her note, Rhea had stated how just like any other girl, she had got nervous before her wedding. She had added, "But I cried and shook and had stomach flips all the way through because I didn’t know how humbling the experience would be. I’ll always be that girl who had to come home to juhu at 11 pm before my parents fell asleep. Only until now I didn’t know how lucky I was to feel torn. I hope we make a family so close that we have many, many loves of our life. Mine are @karanboolani @anilskapoor @kapoor.sunita @sonamkapoor @harshvarrdhankapoor forever more." 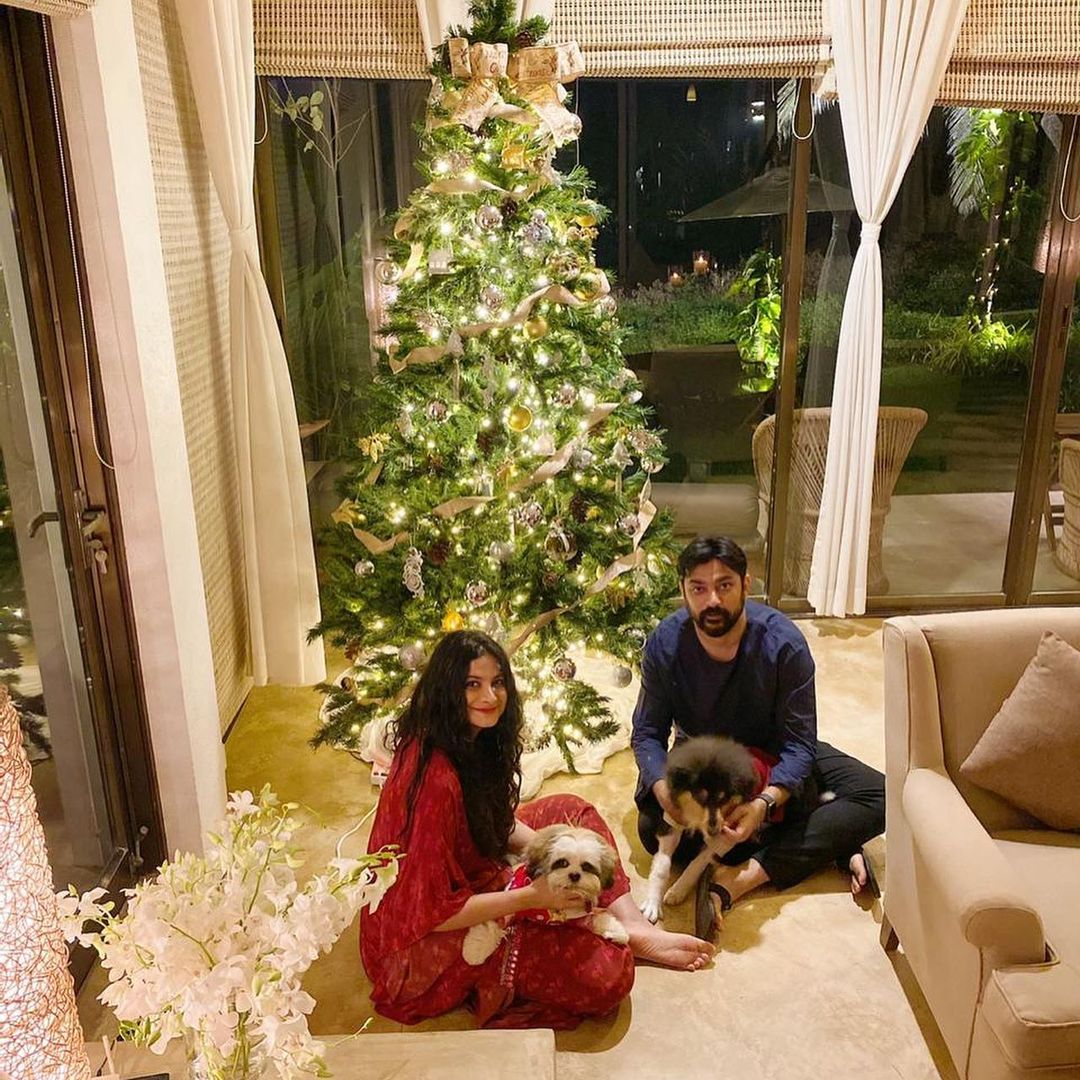 Here's wishing a very happy married life ahead to Rhea and Karan!

Rhea Kapoor Shares Liplock Picture From Date Night With Her Husband, Karan Boolani On His Birthday

Rhea Kapoor And Karan Boolani's Sweet Gesture For Friends, Who Could Not Be Invited To The Wedding