Riddhima Kapoor Sahni wished her husband, Bharat Sahni, on their 16th wedding anniversary with a quirky note. Her mother, Neetu Kapoor, also wished the couple with a cute video.

The gorgeous jewellery designer, Riddhima Kapoor, had added 'Sahni' to her name on January 25, 2006, after tying the knot with her best friend, industrialist, Bharat Sahni. On March 23, 2011, Riddhima and Bharat had embraced parenthood and had welcomed a baby girl, Samara Sahni, into their lives. Riddhima, Bharat and their daughter, Samara, never miss a chance to exude pure family goals. The family of three always makes us go awe with their vacations and birthday celebrations.

Riddhima Kapoor Sahni is a perfect wife and a mother, who loves to express her love for her husband, Bharat Sahni and their daughter, Samara Sahni, time and again on her social media handles. Once again, Riddhima shared a series of pictures on her and Bharat's 16th wedding anniversary, but her note in the caption won our hearts.

Neetu Kapoor Posts A Throwback Video Of Samara When She Had Visited Her 'Nanu', Rishi Kapoor In NYC

Recommended Read: Soha Ali Khan Shares A Throwback Video Of Inaaya And How She Used To Put Her In Crib 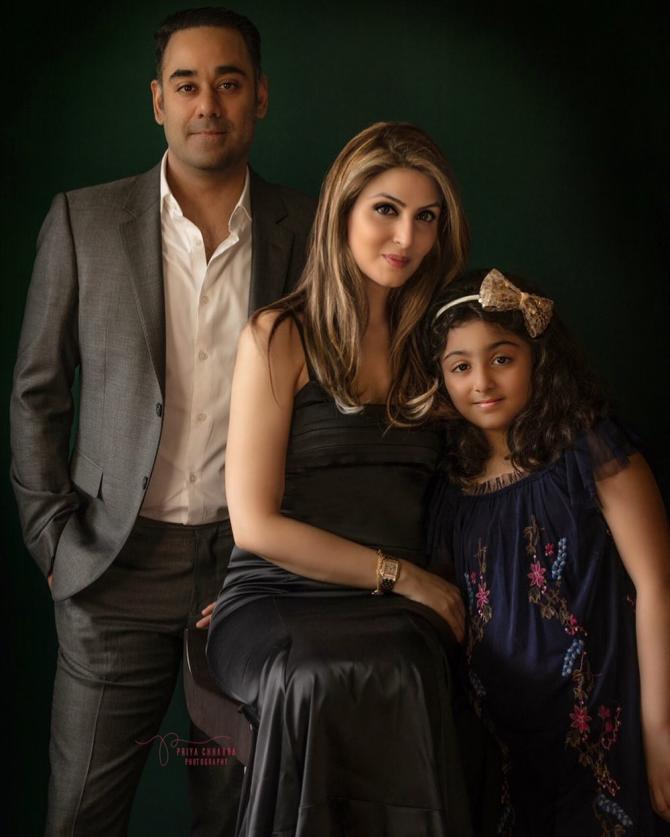 January 25, 2022, marked the 16th wedding anniversary of the beautiful couple, Riddhima Kapoor Sahni and Bharat Sahni. To wish her husband on their special day, the doting wife took to her Instagram handle and shared a series of stunning pictures from their memory lane. While most of them were couple photographs, it was the third picture that caught our attention in which Riddhima and Bharat posed with their daughter, Samara Sahni. Along with the priceless pictures, Riddhima penned a lovely note in the caption in which she explained the importance of her husband. Her quirky note can be read as:

"Happy 16 th anniversary to.. The fizz to my coke.. The sev to my bhelpuri.. The dance to my tunes.. The meditation to my yoga.. To a good husband & to an awesome wife who is always right love you @brat.man #tothenext16years." 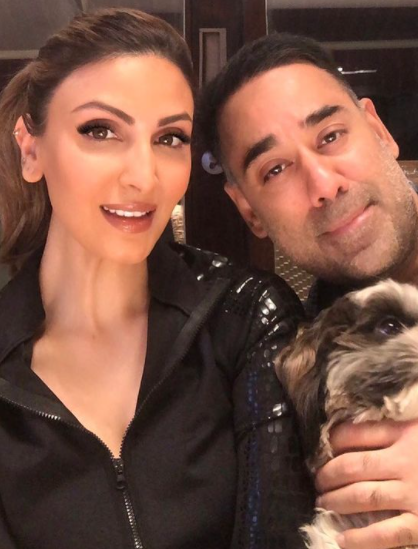 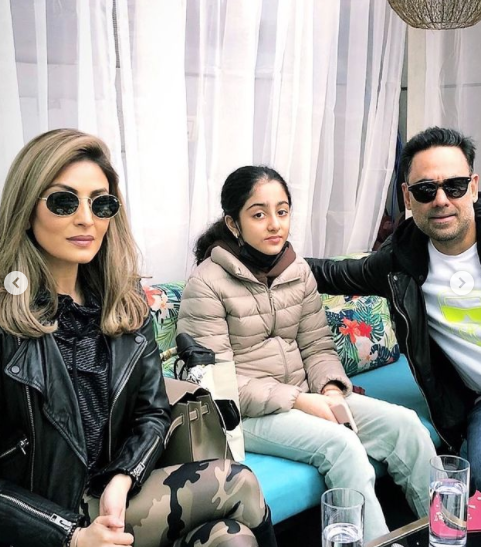 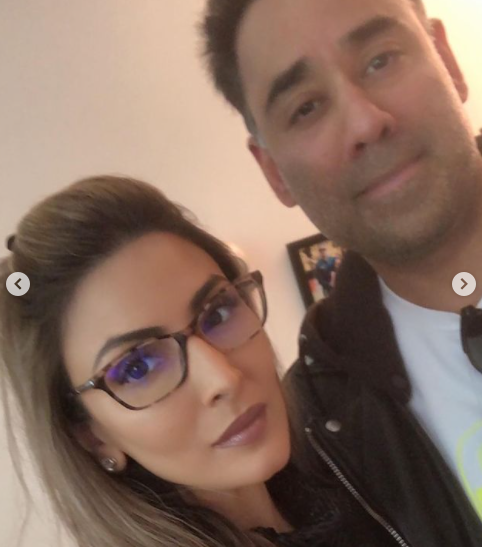 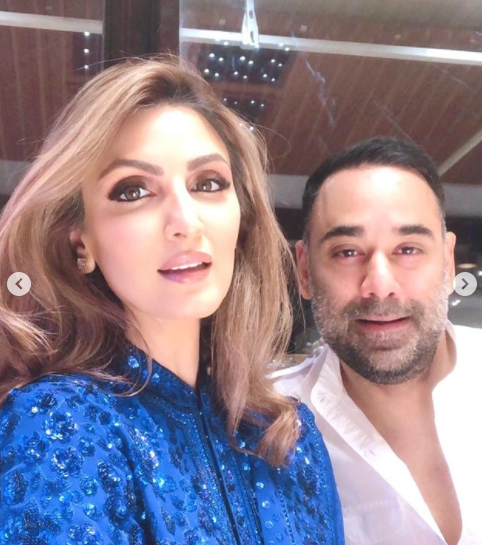 Neetu Kapoor took to her IG handle a few minutes back and shared a video to wish her daughter, Riddhima Kapoor Sahni and her son-in-law, Bharat Sahni, on their 16th wedding anniversary. The veteran actress used one of the pictures shared by Riddhima in her post, in which they can be seen posing for the camera along with their pooch. Putting a sparkling effect in the video, Neetu inserted a text at the bottom that can be read as "Happy 16th my loves", followed by two red heart emoticons. Along with this cute video, Neetu penned a note in the caption, and it can be read as:

Last year on January 25, 2021, Riddhima Kapoor Sahni had taken to her IG handle and had shared some unseen pictures with her husband, Bharat Sahni and their daughter, Samara Sahni, to celebrate their 15th wedding anniversary. Along with the pictures, she had penned a caption that reads, "15 years 180 months 780 weeks 5475 days 131400 hours 7884000 minutes and counting ... Happy'  Crystal' Anniversary @brat.man #tothenext15years. Love & kisses." Bharat Sahni, too had shared a stunning picture with his gorgeous wife and had written:

"They say if at first you don't succeed try doing it the way your wife told you. Happy Anniversary @riddhimakapoorsahniofficial. Thank you for everything you do for us #15 #happywife #happylife #happyme." 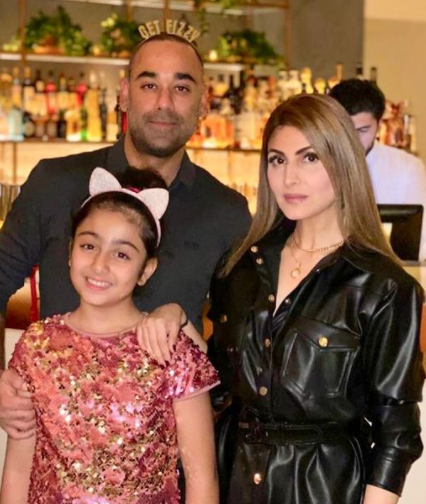 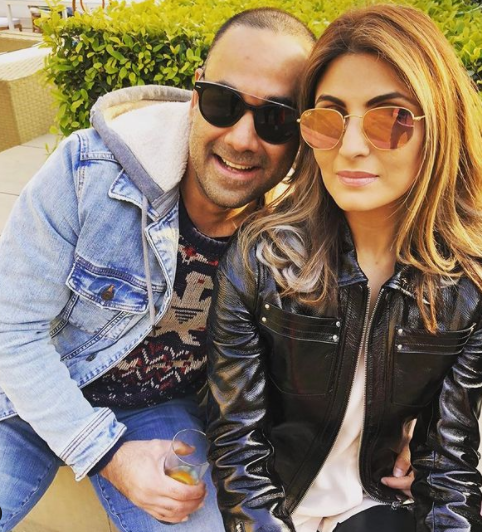 Here's wishing a happy wedding anniversary to Riddhima and Bharat. We hope they continue to give us couple goals!

Also Read: Mahesh Babu Recalls The Premature Birth Of His Son, Gautham, Says, 'He Was As Big As My Palm' 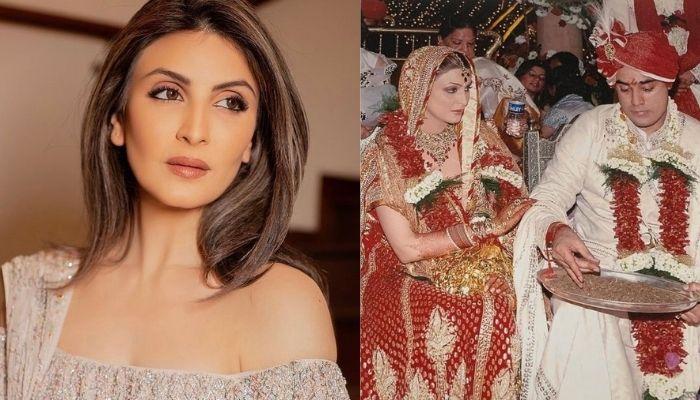 Riddhima Kapoor Sahni might not have made her debut in Bollywood like her brother, Ranbir Kapoor or cousins, Kareena Kapoor Khan or Karishma Kapoor, but the gorgeousness still enjoys a huge fan following. Riddhima is a jewellery designer by profession and a co-partner in a clothing brand and despite choosing