In another controversy, Rishabh Pant took an indirect jibe at Urvashi Rautela and penned a note on Instagram, only to delete it later. Check out the actress' reaction to the same!

The connection between Bollywood actress, Urvashi Rautela, and Indian cricketer, Rishabh Pant is long-lived. Earlier, there were reports that have suggested that Urvashi was dating Rishabh Pant, and the rumours had sparked post the duo was spotted hanging out together at various occasions after the IPL matches. The couple was madly in love with each other, and their outings spoke volumes about their love and affection towards each other. However, soon the couple had parted ways.

Recently, in an interview with Bollywood Hungama, Urvashi Rautela shared that while she was busy shooting in Varanasi, someone named Mr RP came to meet her. But she was extremely busy, and he sat in the lobby and waited for hours to meet her. However, due to all the tiredness, she slept, and when she woke up, she saw 16-17 missed calls from him. So, out of respect, she had asked him to meet in Mumbai. However, the actress didn't reveal the name of 'Mr RP'.

Shikhar Dhawan Reveals He Has Not Met His Son, Zoravar For 2 Years, Shares A Heartmelting Video

Urvashi Rautela Gets Trolled For Her Airport Look, Fan Says 'Direct Bed To Airport In Nightsuit' 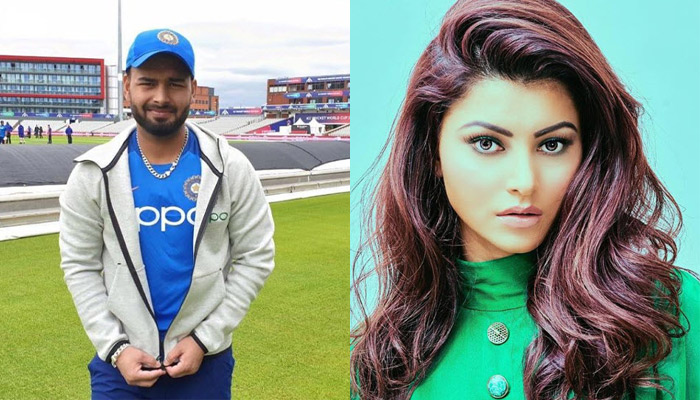 As soon as this interview went viral, Rishabh Pant took to his Instagram handle and penned a note for Urvashi Rautela, without mentioning her name. He accused her of telling lies in the interview in order to get famous and hit the headlines. He also added some powerful hashtags, including 'Mera Picha Chorho Behen' and 'Jhuth Ki Bhi Limit Hoti Hai'. However, he deleted his post later. Rishabh Pant's note can be read as:

Armaan Malik Is Head-Over-Heels In Love With Lifestyle Blogger, Aashna Shroff, Here's What We Know

“It's funny how people lie in interviews just for some meagre popularity and for hitting the headlines. Sad how some people are so thirsty for fame and name. May God bless them "merapichachorhoBehen #Jhutkibhilimithotihai.” 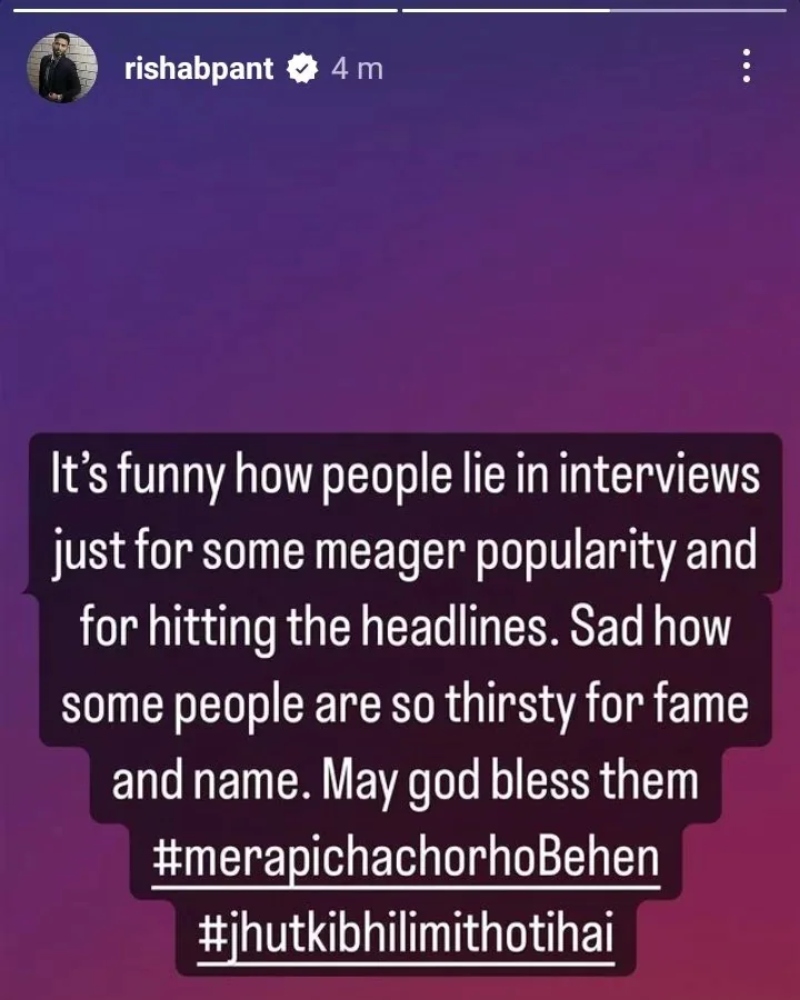 Now Urvashi Rautela took to her Instagram handle and reacted to her ex-boyfriend, Rishabh Pant's statement. Taking an indirect jibe at the cricketer, she mentioned that she's not here to defame herself for his sake and also called him 'Chotu Bhaiyaa'. Adding that he should play bat ball, the actress requested him not to take advantage of a silent girl. She penned:

Malaika Arora Reveals Why She Took Divorce From Ex-Hubby, Arbaaz Khan, Says She Is Happier Now Well, this is not the first time that Urvashi Rautela and Rishabh Pant have landed in a controversy. Back in 2018, when the duo hadn't confirmed or denied anything about their relationship, there were reports that Urvashi and Rishabh were having trouble in their love paradise. A source close to Rishabh had told that the cricketer had even blocked Urvashi on WhatsApp, and she was constantly trying to get in touch with him. As per the reports, Urvashi’s spokesperson had clarified the issue and had said that it was a mutual decision by Urvashi and Rishabh to block each other on WhatsApp. 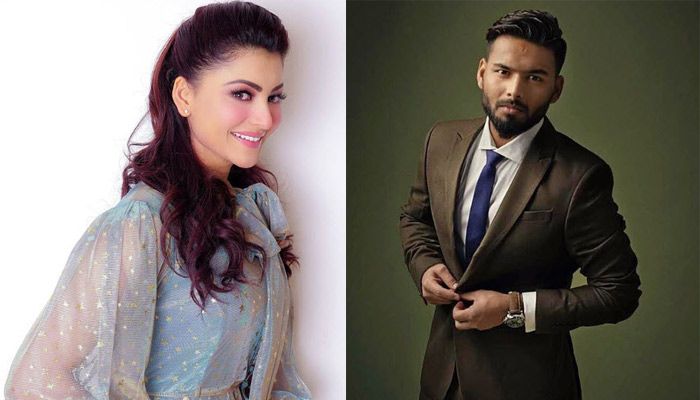 What are your thoughts about Rishabh and Urvashi taking a jibe at each other? Let us know!

Next Read: Sara Ali Khan's Iggy Has The Sweetest Wish, Shares A Throwback Photo Of Lifting Her On His Shoulder 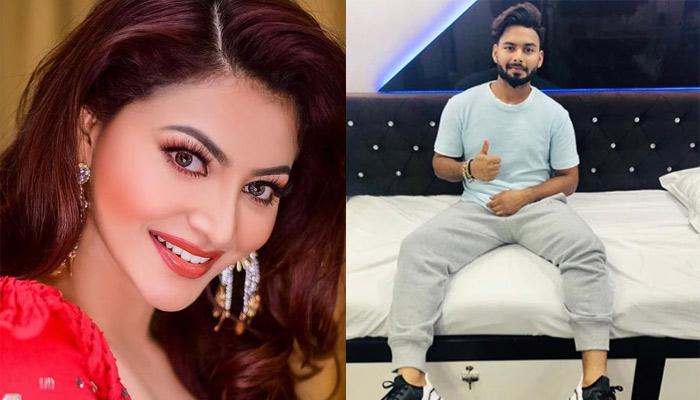 Gone are the days when love was confessed by writing small notes on the back of the notebooks and now the place of notebooks has been taken by social media status and changing your relationship status to ‘taken’ on the same. Earlier, it would sometimes become very difficult to even say ‘hi’

Armaan Malik Is Head-Over-Heels In Love With Lifestyle Blogger, Aashna Shroff, Here's What We Know

Malaika Arora Reveals Why She Took Divorce From Ex-Hubby, Arbaaz Khan, Says She Is Happier Now