In their latest video on their YouTube channel, Amrita Rao and her RJ-husband, Anmol Sood, shared some secrets about their love story and revealed why they had kept it under the wraps.

Amrita Rao and her RJ-husband, Anmol Sood, believe in keeping their personal life private. Though they are popular in their respective fields, Amrita and Anmol had still managed to keep their relationship under the wraps. A few days back, the adorable couple had started their YouTube series, Couple Of Things. Through the series, Anmol and Amrita have been sharing unheard stories from their lives with their fans. And now, they've unveiled a new secret about their relationship.

On May 15, 2021, Amrita Rao and Anmol had celebrated their fifth wedding anniversary. Amrita had shared a throwback picture with Anmol from one of their vacations, and they had committed to donate oxygen cylinders to the people in need during the pandemic. Elaborating on the same, Amrita had captioned her anniversary post as:

Amrita Rao's Husband, RJ Anmol Reveals That His Mom Wanted Him To Marry 'Poonam' From 'Vivah'

Amrita Rao Got The 'Most Expensive Gift' From Her Husband, Anmol And Asked Him Whether It Is Real

RJ Anmol Sings A Song To Make Son, Veer Sleep, His One-Year-Old Singing Along Is Too Cute To Handle

Amrita Rao Reveals The Heart Melting Reason That Made Her Say 'Yes' To Husband, RJ Anmol

"On our Wedding Anniversary today... we commit ourselves to donating Oxygen Cylinders to the people in need #throwbackpic And We urge All of you to convert your good wishes into some service to the Society & to the Nation. Since the last month we have already been working with our @oxygenarmy1 with tremendous support from many of you generous donors ...and we pledge to continue so. #JaiHind."

Recommended read: Madhuri Dixit Poses For A Selfie With Hubby, Shriram Nene And Sons, Says 'Everything In One Photo' 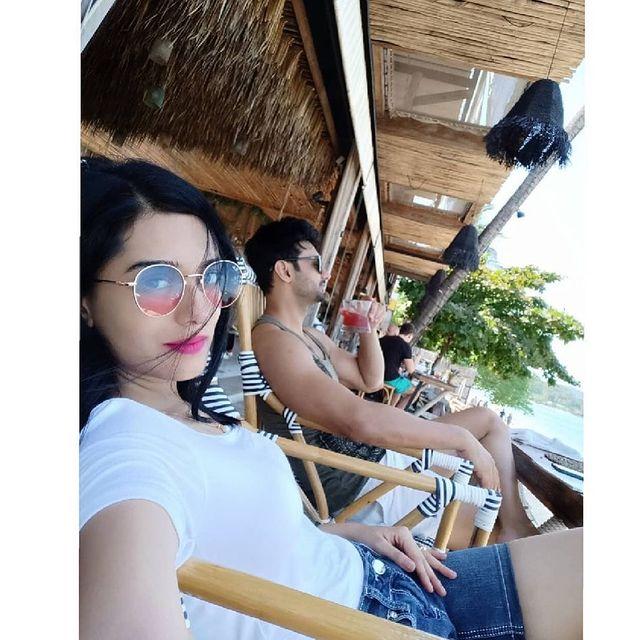 Just like every other couple, Anmol and Amrita Rao also had their share of problems and struggles. In their latest video, the couple shared how they had balanced their equation in their unique love story. When they had started their relationship, they had kept it under the wraps for years, and had only shared about it with their immediate family members. Talking about the same, Amrita said:

"This was my choice because I am a very private person and I know being a film actress if anybody would ever know about us so the news would have spread like a wildfire. So for me, it was something that came along with the territory but Anmol had instantly agreed to it." 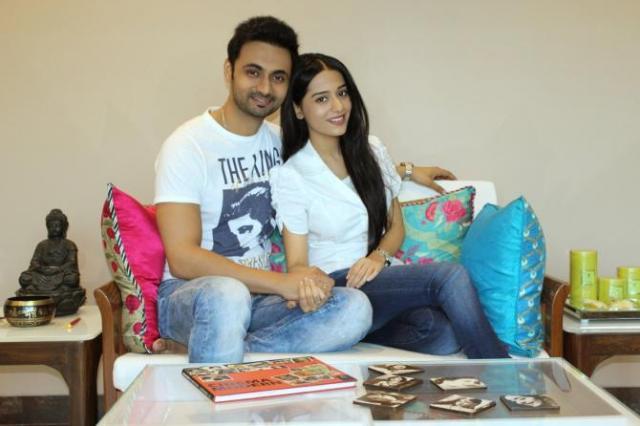 Later, Anmol also talked about their initial dating days and shared that he had wanted to scream and tell the world that he was dating Amrita Rao. However, he couldn't do that. Sharing the reason for the same, he said:

"Being a guy from Delhi, I really wanted to run away to India Gate and start shouting 'I am dating Amrita Rao guys'. Tashan tha kya baat kar rahe ho bhai or mere liye bhut easy hota and I would have become famous overnight. I would be all over the newspaper, but as Amrita Rao’s boyfriend. But I didn't want that. Or else you would have known me as Amrita Rao’s boyfriend or husband, I’d have not known as RJ Anmol." 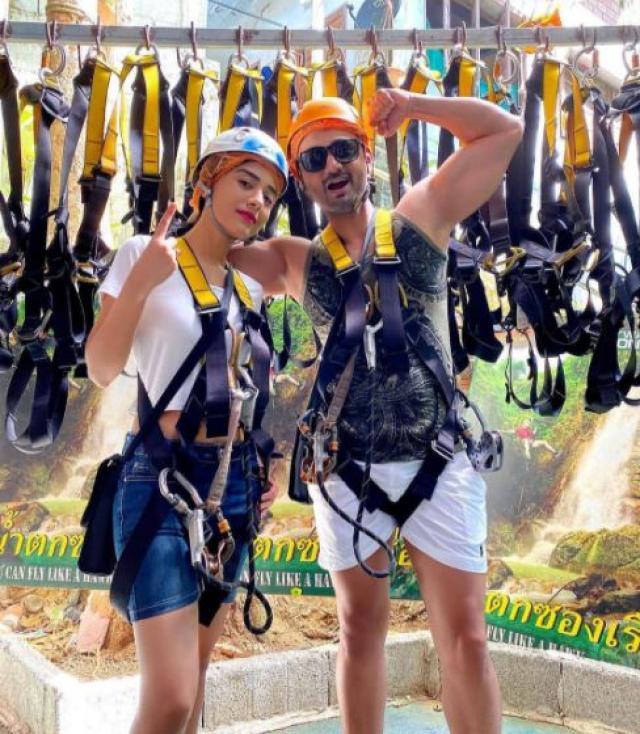 Amrita Rao asked Anmol if he had ever felt that she must be earning a big amount of money and has so many properties, and I am starting my career in Mumbai. She also asked him if he had ever faced any insecurity while they were dating each other. To which, Anmol replied:

"If you don’t face insecurities head-on then there is no fun in being in a relationship. When we started our affair I was just starting my new show, Purani jeans, and Amrita was very famous. And of course, financially she was very strong. I had accepted that this is Amrita Rao, and she is a Bollywood star. Whenever we would go anywhere, people would come to Amrita even after I became popular as a radio jockey. People would hand me their phones and ask me to click their pictures with her. But I had accepted the fact that she is a Bollywood star and she’s more popular. I was just an outsider." 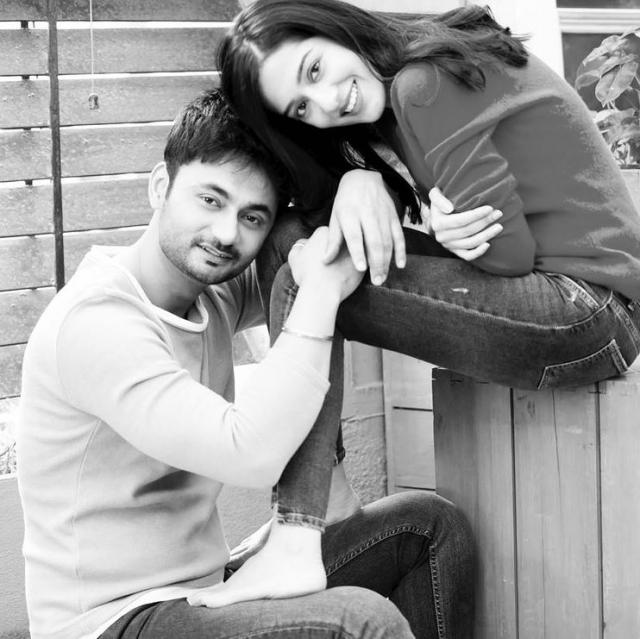 Further in the conversation, Amrita Rao talked about why she didn’t change her surname after marriage, she said that her husband, Anmol, never even mentioned that she had to change her surname. To this, Anmol answered:

"I don’t believe in surnames. I also don’t use my surname, my name is RJ Anmol. My surname is Vishwas but I never use it. A surname connects you to a state but I want to be known as an Indian. Amrita Rao is my wife’s brand name, so I will never want to change it because people worldwide know her as Amrita Rao." 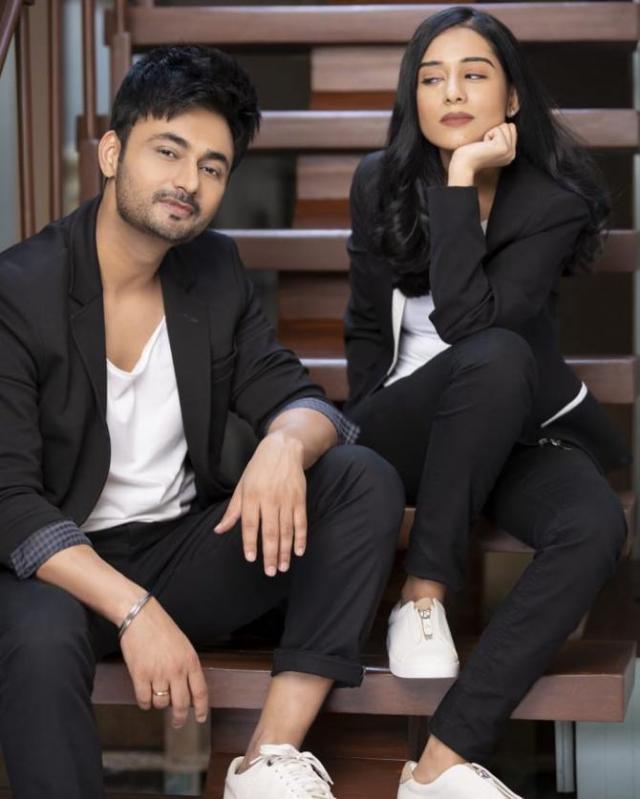 Amrita Rao's Husband, RJ Anmol Reveals That His Mom Wanted Him To Marry 'Poonam' From 'Vivah'

Amrita Rao Got The 'Most Expensive Gift' From Her Husband, Anmol And Asked Him Whether It Is Real