Even in the 21st century, there are some royals, who have been carrying the tradition of monarchy. Take a look at the royal families of India.

India is a mixed bag of rich culture, traditions, social norms and ethical values with its vast history and heritage. In ancient India, a territory was ruled by a King, who functioned as its protector. The role was carried involving both social and religious powers. With an accomplished history, the royals enjoyed a huge legacy, carried forward by birth or marriage.

Over the years, the lineage has been handed over to its descendant, who, even in this 21st century enjoys the stature of his highness. With the 26th amendment to the Constitution of India, the monarchy has taken a backseat. The royals dealt with many challenges, but there are some, who still continue to live luxurious life. They are the glamourous faces of royal India and are very popular in various fields. Let's take a look at some existing royal families of India.

Kangana Ranaut Gives A Glamorous Makeover To Her Parents' Mumbai Home, Pictures Inside

Kangana Ranaut Net Worth: From Luxury Bungalows, Clothing Line, To Her Elite Collection Of Supercars

Abhinav Shukla Decorates His Home To Welcome His Wifey, Rubina Dilaik After Her 'Bigg Boss 14' Win

Inside Tour Of Varun Dhawan And Natasha Dalal's New Home, His Mother Karuna Dhawan Did The Interiors One of the oldest serving dynasties, The Mewar Dynasty, had faced many challenges. After the abolition of Princely Privileges, the 76th custodian was given to Shriji Arvind Singh Mewar of Udaipur in 1984. As the Chairman and Managing Trustee of the Maharana Mewar Charitable Foundation (MMCF), Udaipur, Shriji has been preserving the cultural heritage. Apart from being the king, Arvind Singh is a successful businessman and is the head of HRH Group of Hotels. 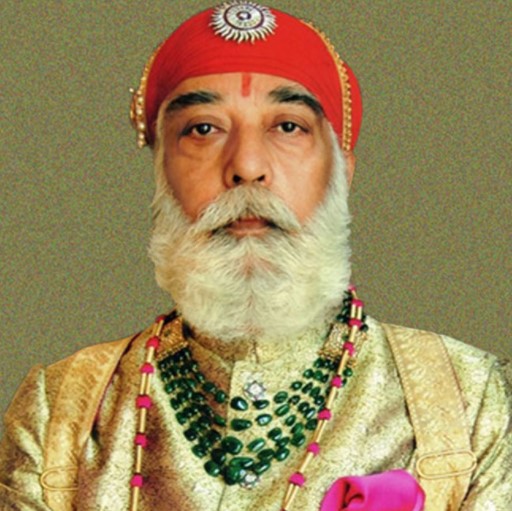 The history of the Wadiyar Dynasty goes back to the time of the Yaduvanshi clan of Lord Krishna. They had once ruled the kingdom of Mysore. In 1612, Queen Alamelamma of Vijaynagar cursed the Wadiyar dynasty for capturing the throne and before her death, she said that the Mysore kings would never bear children. Yaduveer Krishnadatta Chamaraja Wadiyar is currently the head of the Wadiyar dynasty. 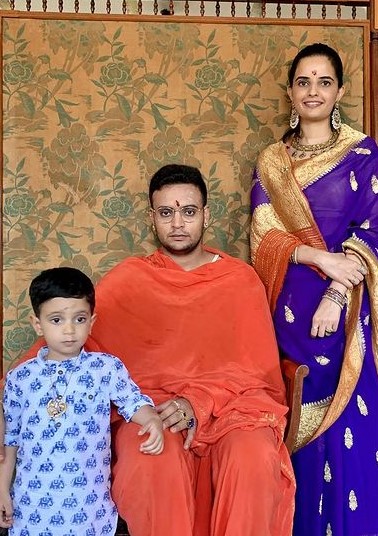 Yaduveer is not the direct heir of the throne as when his uncle, Srikantadatta Wadiyar, died childless in 2013, he did not name a successor. However, Srikantadatta Wadiyar's wife adopted Yadhuveer and he became the king. Yadhuveer is married to Trishika Kumari Singh, the Princess of Dungarpur and the couple has a son. The famous Royal Silk of Mysore, started by Srikantadatta is currently owned by Yaduveer.

Recommended Read: 8 Bollywood Divas Who Are Real Life Princesses And Belong To The Royal Family

#3. The Royal Family of Jaipur 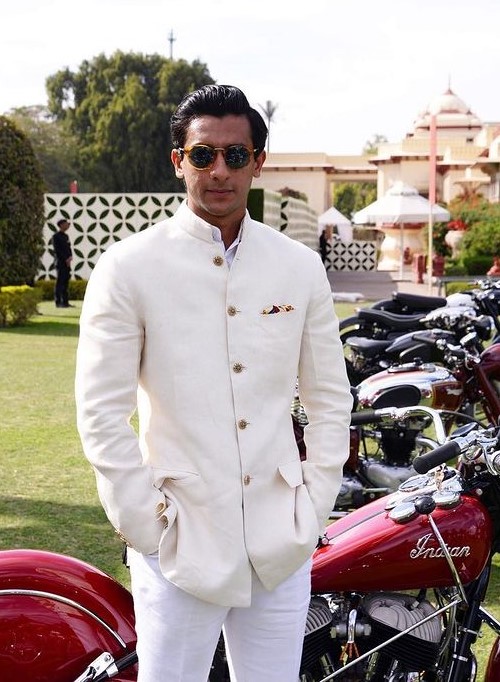 Descendant of the Rajput clan, His Highness Bhawani Singh was the last titular head of Jaipur. As he had no sons, Bhawani Singh adopted his daughter, Diya Kumari's son, Padmanabh Singh as his heir in 2002. After the death of Bhawani Singh, Padmanabh was informally "crowned" as the Maharaja of Jaipur at the mere age of 13. 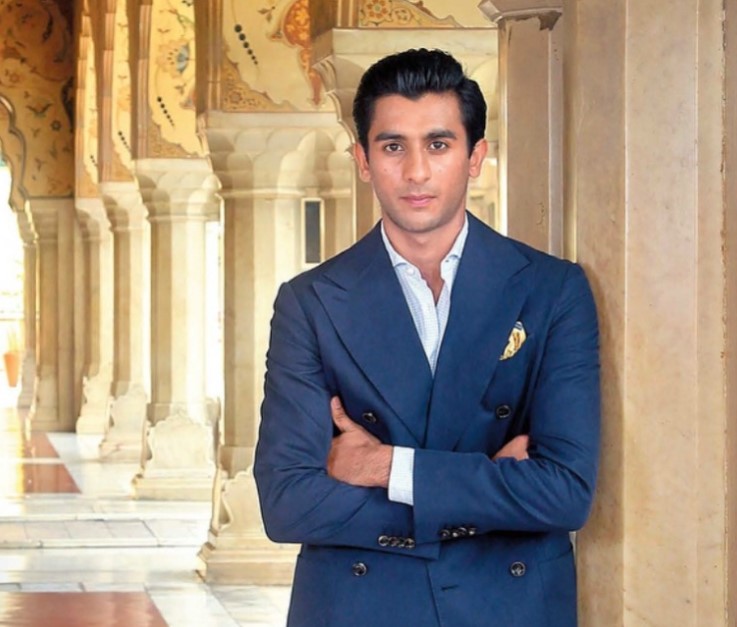 Padmanabh is a national-level polo player and is a well-known name in the fashion world. Padmanabh is the first Maharaja to offer his personal space on Airbnb. A room in the Jaipur City Palace costs approximately Rs. 5,70,000 and the money goes to Princess Diya Kumari Foundation.

#4. The Royal Family of Alsisar 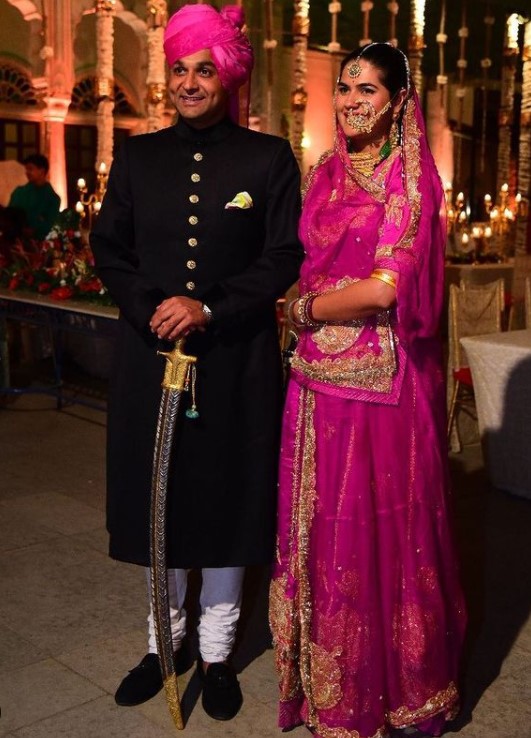 Abhimanyu is quite popular in the social circle as he is the co-organiser of India's most happening music festival, Magnetic Fields. He is also called the party prince of India.

#5. The Royal Family of Jodhpur Jodhpur, formerly ruled by the Rathors, was established in the 8th century. His Highness Maharaja Gaj Singh is the current ruler of the state. He along with his wife, Hemalata Rajye, kids and their spouses live in Umaid Bhawan Palace and also own the Mehrangarh Fort. 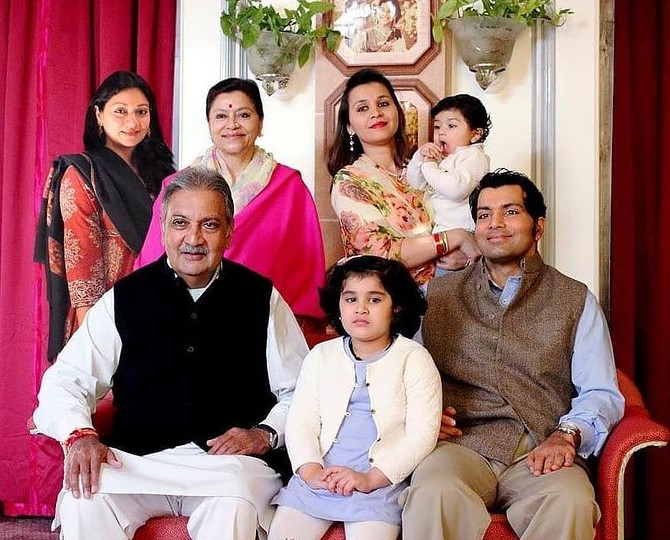 One of the largest private residences in the world, a part of the Umaid Bhawan is open for tourists and the rest of the Palace is managed by the Taj Group of Hotels, in partnership with the family. Maharaja Gaj Singh had been a member of the Rajya Sabha and had also served as Indian High Commissioner to Trinidad and Tobago.

#6. The Gaekwads of Baroda The Gaekwads held power in Baroda since the early 18th century. After the death of Maharaja Ranjitsinh Pratapsinh Gaekwad, his son, Samarjitsinh became the successor to the throne. In 2012, he was crowned Maharaja at the Laxmi Vilas Palace. When he ascended the throne, Samarjitsinh settled a legal inheritance dispute worth more than Rs 20,000 crore with his uncle Sangramsinh Gaekwad. 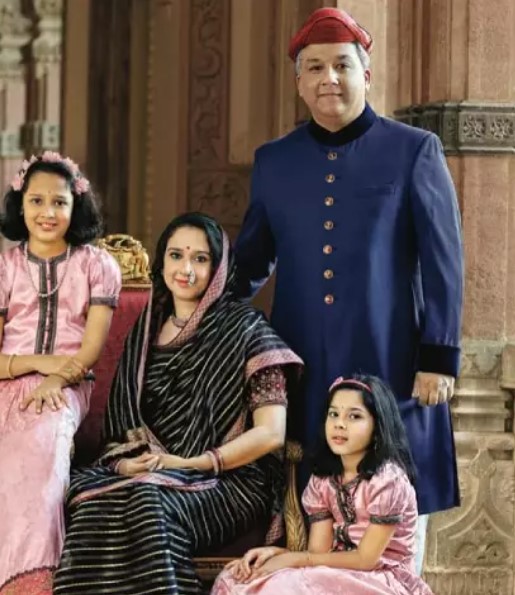 In the deal, Samarjitsinh also got ownership of 600-acres of real estate, including Moti Bagh Stadium and Maharaja Fateh Singh Museum, the 187-room Laxmi Vilas Palace, paintings of Raja Ravi Verma and other royal belongings. He also manages temple trusts of 17 temples in Gujarat and Banaras. 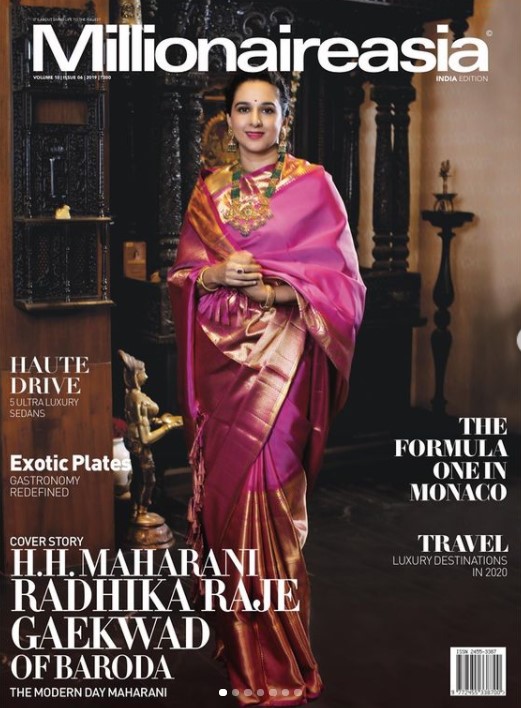 Samarjitsinh is a top-notch cricketer and had represented his state in the Ranji Trophy. He is married to Radhikaraje, and they have two daughters. Radhikaraje, who is a heritage conservationist, textile revivalist and director at CDS Art Foundation, has also featured in MillionaireAsia magazine.

Also Read: Bhagyashree Is A Princess Of A Royal Kingdom But Had To Run Away From Her Palace To Get Married 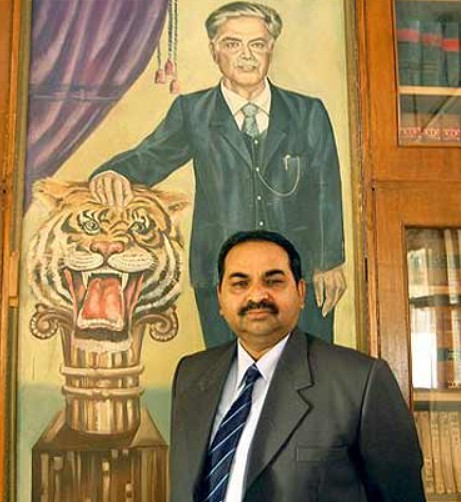 The Bourbons of India are an Indian family, who claim to be legitimate heirs of the European dynasty, House of Bourbon, descended from Jean Philippe de Bourbon. The Indian royals, Bourbons of India, live in Bhopal, and the family is also known as Bourbon-Bhopal. The current head of the Bourbon-Bhopal family is Balthazar Napoleon IV de Bourbon, who is a lawyer by profession. 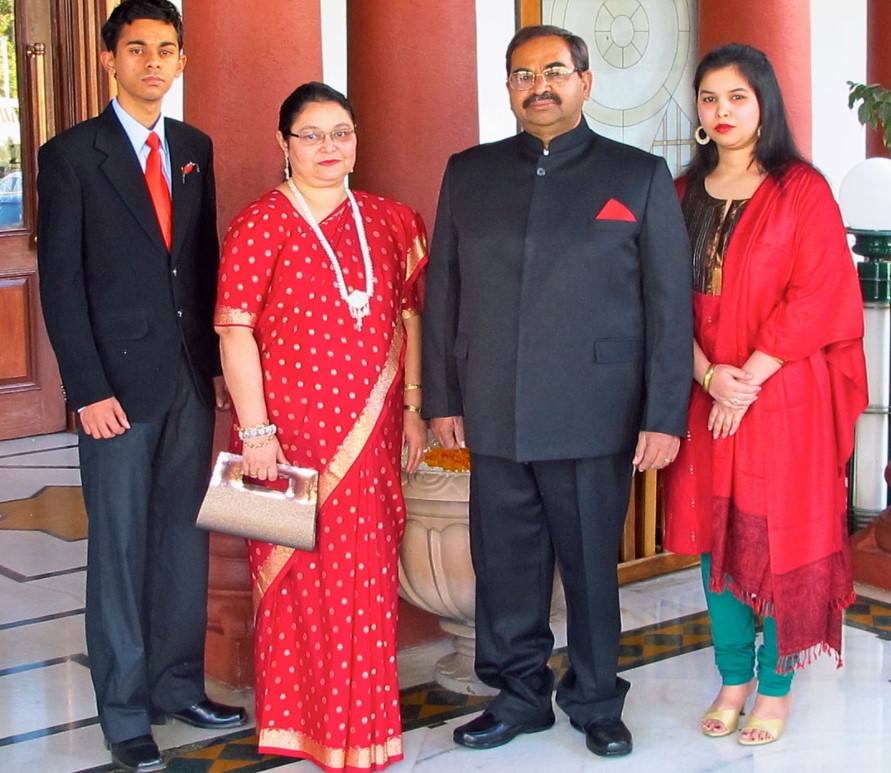 In the novel, Le Rajah Bourbon, Prince Michael of Greece claimed that Jean de Bourbon was a nephew of the first Bourbon French king, Henry IV, making Balthazar Bourbon the eldest in line for the French throne. The Bhonsale are a prominent group in the Maratha clan. The great Shivaji Maharaj and the Swarajya King’s descents are living in various states like Kolhapur, Satara, Nagpur, Mudhol, Savantwadi and Tanjore. Udayanraje of Satara is one of the heads and is said to be the 13th descendant Chhatrapati title-holder. A member of BJP, Udayanraje of Satara had recently declared assets worth Rs 170 crore. 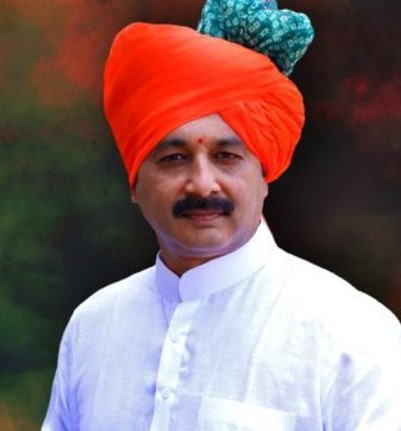 Another head, who also claims to be the 13th descendant of Chhatrapati Shivaji Maharaj is Sambhajiraje Chhatrapati. Member of BJP, he was the face of Maratha protest for reservation in 2011–19. The glamorous Pataudi clan is one of the most popular names in the field of cricket and entertainment. The last titular head of the family was His Royal Highness, Mansoor Ali Khan Pataudi, who was also the former captain of the Indian Cricket team. Mansoor Ali Khan married actress, Sharmila Tagore and the couple has three children, Saif Ali Khan, Saba Ali Khan and Soha Ali Khan. 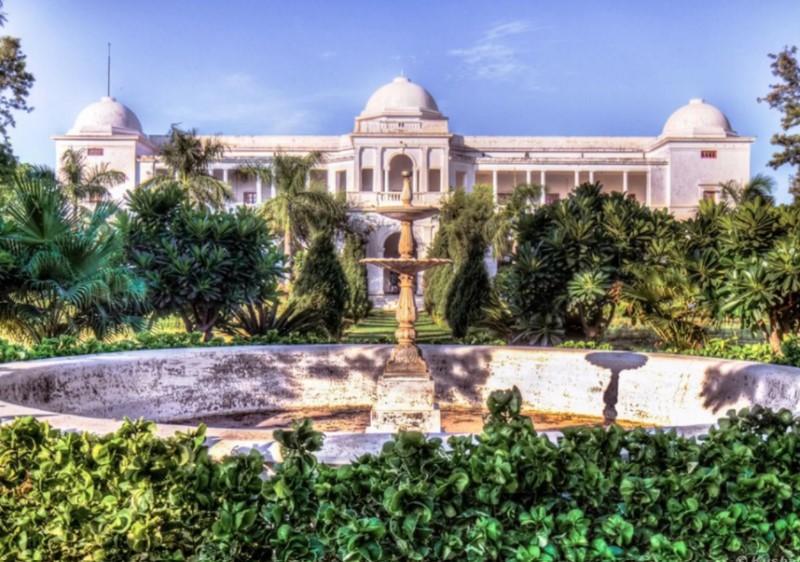 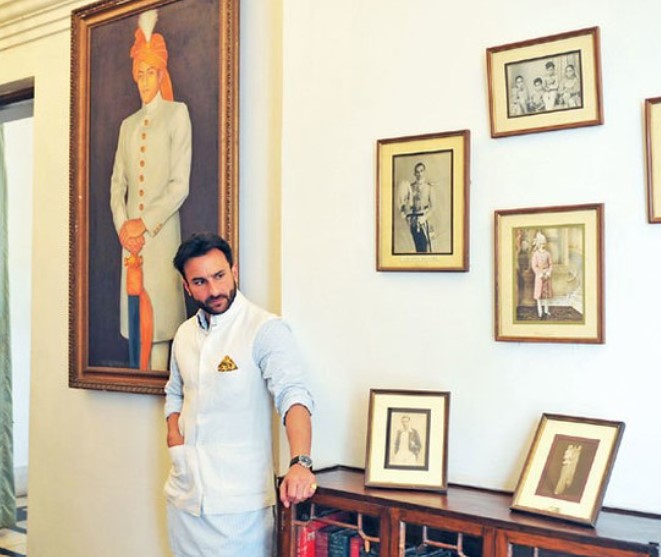 Even though monarchy has taken a backseat, the rich values and traditions of the royals have always enriched the rich culture of our history.

Kangana Ranaut Gives A Glamorous Makeover To Her Parents' Mumbai Home, Pictures Inside

Kangana Ranaut Net Worth: From Luxury Bungalows, Clothing Line, To Her Elite Collection Of Supercars

Abhinav Shukla Decorates His Home To Welcome His Wifey, Rubina Dilaik After Her 'Bigg Boss 14' Win