Sabyasachi Mukherjee launched a series of Royal Bengal 'mangalsutra'. However, the way his collection was displayed irked some netizens and some thought that the poster was for an 'intimate wear'.

For a married woman, out of all the jewellery she owns, her mangalsutra holds the most important place. Therefore, it is imperative for her to get such a design that would be stylish and can be worn on various occasions. To put an end to endless hunting for the perfect mangalsutra, Sabyasachi Mukherjee has come up with The Royal Bengal Mangalsutra Collection, which is a blend of traditional and modern styles.

The king of bridal fashion, Sabyasachi Mukherjee needs no introduction and his name is a brand in itself. Deemed as one of the most sought-after designers, with stunning designs and pop colours, he has set the bar of bridal fashion quite high. Besides materialising every bride's dream of an ideal wedding ensemble, the ace designer has also created some gorgeous outfits in films like Guzaarish, Raavan, English Vinglish and Baabul.

Recommended Read: Kareena Kapoor Reveals One Thing She Is Particular About Son Taimur But Hubby Saif Is Lenient 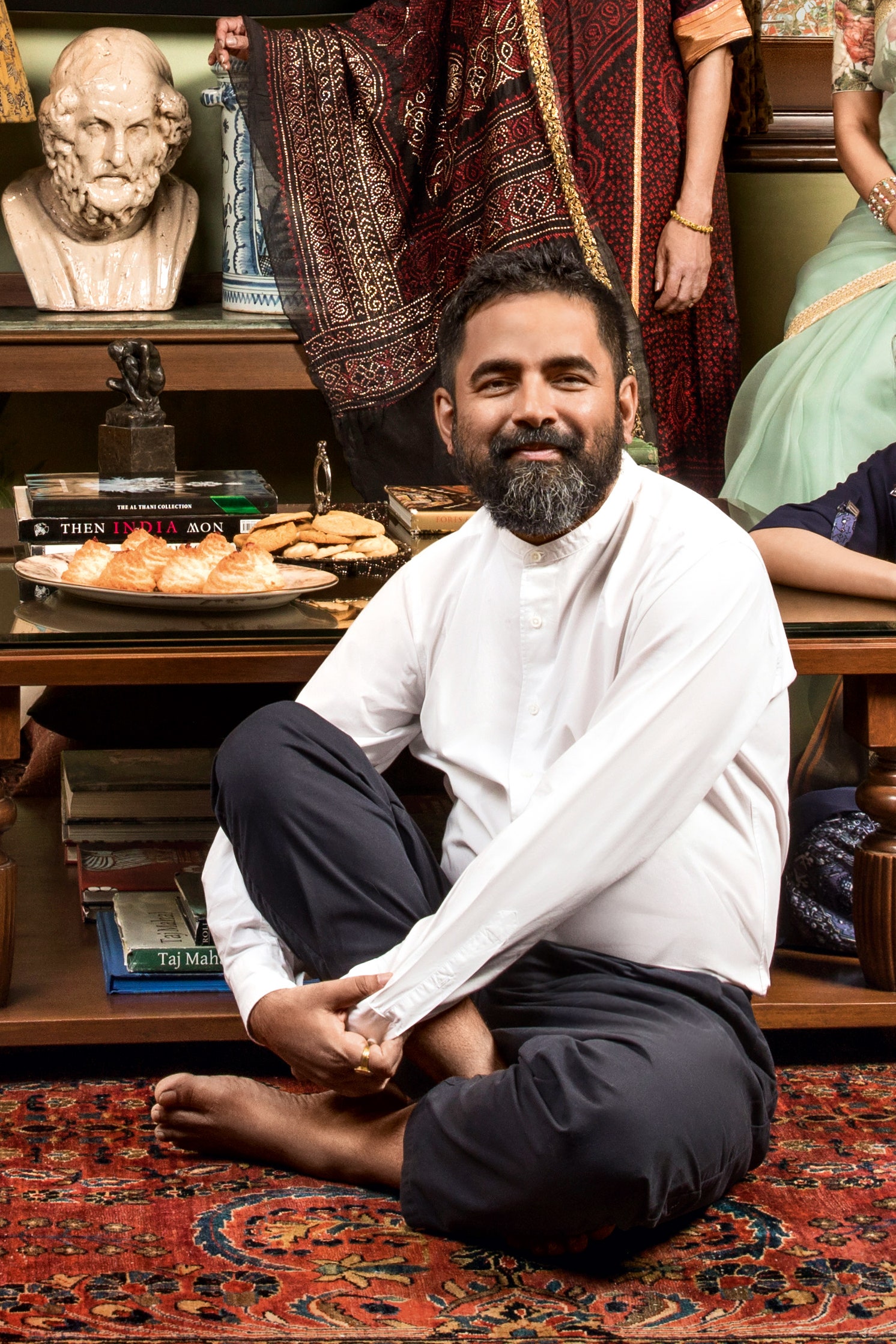 Sabyasachi Jewellery launched a series of mangalsutras called the Royal Bengal Mangalsutra. To give it a twist, the ornament that is launched by him boasts of its variation from the traditional mangalsutra as it is made from onyx and pearls. It is made out of 18k gold and features a black and golden beaded chain and starts at a price of Rs. 1,65,000. A few hours back, Sabyasachi's official Instagram handle dropped some pictures from his newly launched collection. The picture featured a plus-size model in a black bra, wearing a tiny bindi and sporting a mangalsutra and neckpiece from his recently launched fine jewellery collection while leaning against a shirtless man. 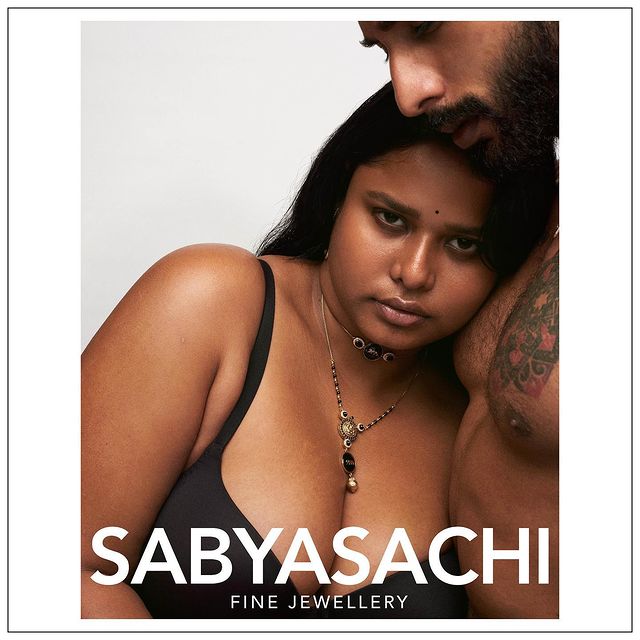 As soon as the picture was shared, Sabyasachi Mukherjee was trolled massively, not for the collection but for the way it was showcased. Netizens did not find the display appropriate to that of a mangalsutra advertisement and took to the comments to bash him. While one user wrote, ''This kind of advertising is not at all expected from Sabyasachi'', another comment can be read as ''Lol I thought this was intimate wear and then I read your description intimate fine JEWELRY."

One user even advised the designer to be careful of his campaigns and wrote:

"What are you exactly advertising? No one will wear this jewellery now coz you have shown the world the if I wear that jewellery I must be some cheapo! please take care of your campaigns." 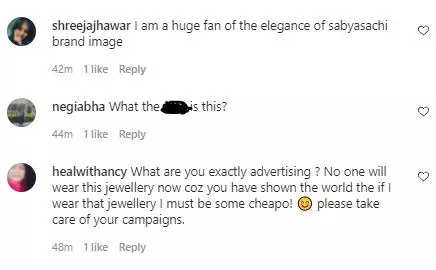 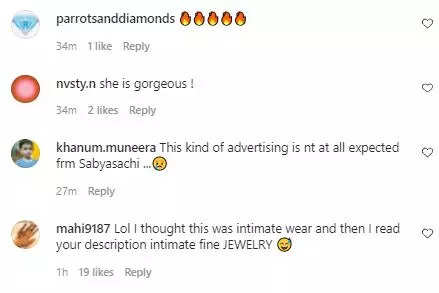 This is not the first time that he is trolled for his collections. A few months back, Sabyasachi Mukherjee had collaborated with the Swedish multinational clothing retail, H&M and had faced brutal trolling by his fans because the collection had gone out of stock within minutes. Angry netizens had not taken much time to express their discontent and had called the collaboration, a 'big scam'. 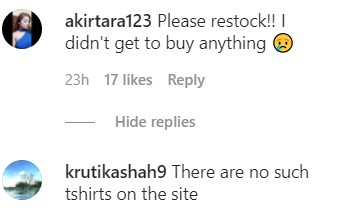 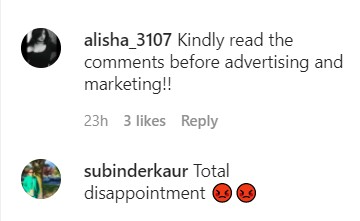 To pacify his fans, Sabyasachi had taken to his IG handle and had issued an official apology. Revealing the reason behind the collaboration as a "wish fulfilment', Sabyasachi had written:

"It's why I designed an extensive range, so everyone could get something. This would also mean giving unlimited access to our Bengal Tiger logo, something that we hold very close to us, it's almost sacred. A lot of marketing folks would consider this strategy harakiri for a luxury brand, but I believe that sustainable success never comes from the mind, always from the heart." Sabyasachi had further revealed that the situation could not be foreseen by the forecasting, data team, supply chain and logistics. In fact, he was completely baffled to see the response after the launch and was overwhelmed when the entire stock was sold out within minutes. Though he had struggled to keep the stock, that was not possible. He had added:

"I struggled with stubborn carts and crashing apps. I was determined to get hold of my first pair of Sabyasachi denims. (I'm almost embarrassed to tell you that I managed to score one, but one size down because the rest had sold out!). I know a lot of people are disappointed, and I profoundly apologize for it. I'm sure I will be able to create a future business model that will address this need." 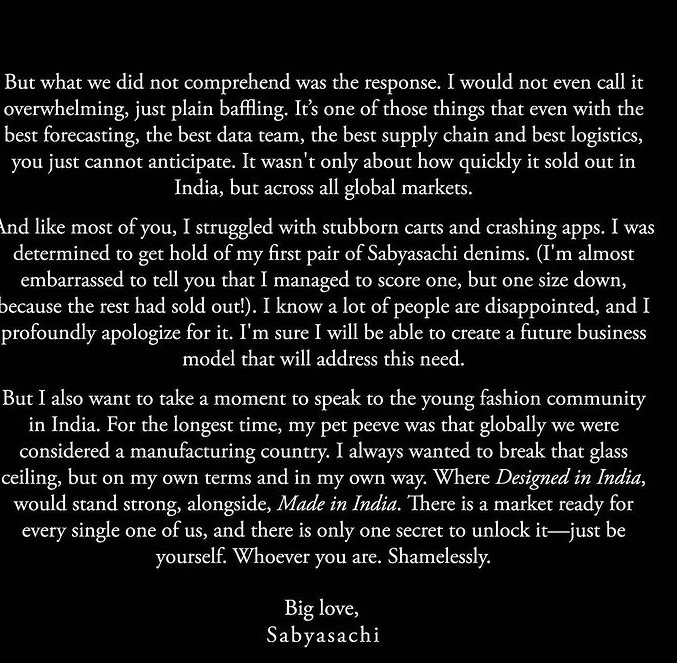 Well, though Sabysachi faces a lot of backlashes online, no one can deny the fact that all his designs are top-notch! 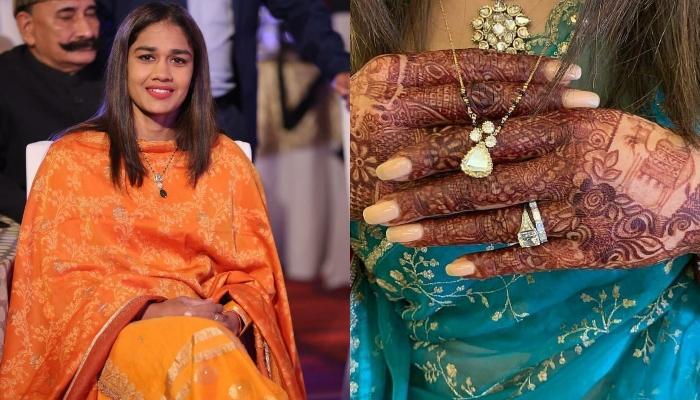 For a woman, jewellery plays a crucial role because she has to wear it on multiple occasions and out of all the jewellery, her mangalsutra design is on the top of her list. A mangalsutra is the sacred thread that a groom ties around a bride's neck at their wedding. It defines that woman is married