Saif Ali Khan and Amrita Singh parted ways in the year 2004. Recently, Saif opened up about how he broke the news of his divorce with Amrita to their kids, Sara Ali Khan and Ibrahim Ali Khan.

It is better to part ways than be in a relationship that lacks love, understanding, trust, and care. Being in a loveless relationship is as poisonous as suffering from a deadly disease when you know you have to be out of it, but you can’t. Falling in love is a blissful feeling but do we ever realise what will happen when you start to realise that the relationship that you build on trust, understanding and love is no longer giving you happiness and satisfaction. You start avoiding that special someone with whom you had once imagined a life together and had promised to walk the path of life hand in hand. When you ask someone to be yours forever, you promise the person a lifetime of togetherness and unconditional support and love, but hardly do you emphasis on what will happen when you will fall out of love. (Recommended Read: Rangoli Chandel Thanks Her 'Chotu', Kangana Ranaut For Helping Her After The Horrific Acid Attack)

She was 11 years older to him and was more successful than he was, yet it was the bond build upon love and understanding that had made them promise each other a happily ever after. The duo had met each other for the first time during a photoshoot and at that moment both had realised that they had the spark. And after realising their feeling for each other they had tied the knot. But after 13 years of marriage and proud parents to two kids, they had parted ways. We are talking about the Nawab of Pataudi, Saif Ali Khan and his ex-wife, Amrita Singh. Their tragic love story is nothing less than a mystery as the reason behind their divorce is not known to anybody.

Saif Ali Khan Asked Daughter, Sara Ali Khan To Not Work With Him In 'Jawaani Jaaneman', Here's Why

Sharmila Tagore Reveals Why She Feels Her Son, Saif Ali Khan Has Turned Into A More Mature Person

Saif Ali Khan Reveals Both His Sons, Ibrahim And Taimur Will Follow His Footsteps And Become Actors

In an interview with Pinkvilla, Saif Ali Khan opened up about his divorce with Amrita Singh and how he broke the news of their divorce to his kids, Sara Ali Khan and Ibrahim Ali Khan. He opened up about how the divorce impacted the kids and said, “It's the worst thing in the world. It's something that I still feel I wish it could be different. I don't think I will really be okay with it ever. There are certain things that can't be, and I try and make peace with them and myself by saying that I was 20 and quite young. So many changes. You like to think of parents together, but they are individual units too. So, everyone can be okay with a modern relationship also."

Saif Ali Khan added further, “No child should be deprived of a warm home. You have to make the most of whatever situation you are in. Life is beautiful and nobody can be sitting around, complaining too much. Sometimes, having two parents together might not be the best thing for anyone. A nice stable home is a wonderful environment and that's what you would like to share with your kids." (Suggested Read: Vishal Aditya Singh Confesses His Love For Ex, Madhurima Tuli Post Her Eviction From 'Bigg Boss 13') 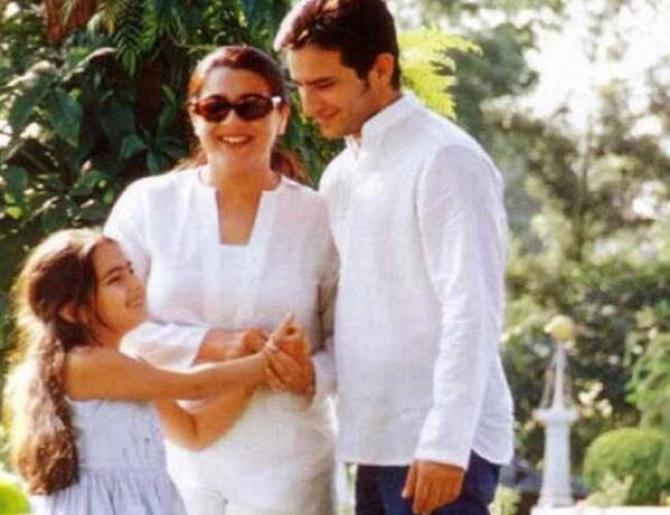 Saif Ali Khan is now happily married to Kareena Kapoor Khan and the two are proud parents to a lovely boy, Taimur Ali Khan. Saif’s kids from his first marriage, Sara Ali Khan and Ibrahim Ali Khan share a lovely camaraderie with Kareena and Taimur and loves spending time with them. We have spotted them celebrating festivals together, going out on vacations together and they make us believe in the concept of a modern family. Once on the sets of Karan Johar’s chat show, Koffee With Karan, Saif had graced the couch with his daughter, Sara Ali Khan and had revealed that he had written a letter to Amrita Singh on his wedding day and he had made Kareena read the letter first before sending it to her. 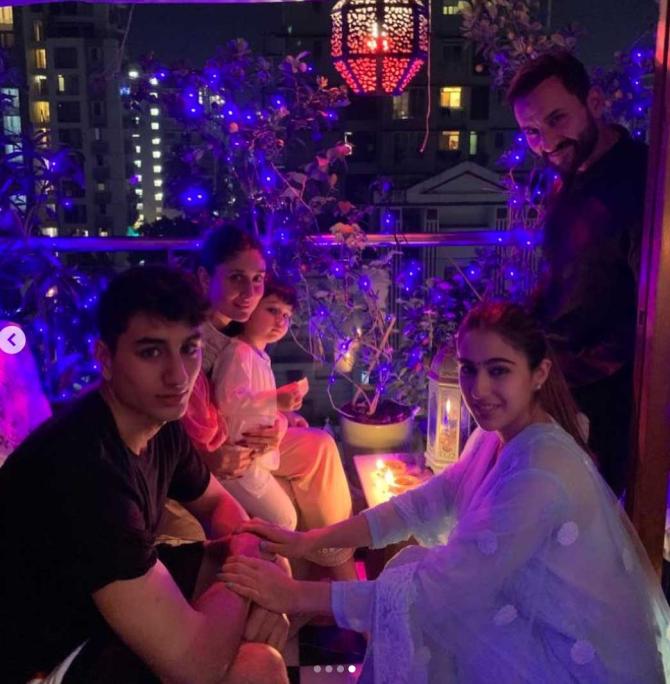 Saif Ali Khan had told Karan Johar that he had written his ex-wife Amrita Singh a letter on the day of his wedding to Kareena. The letter was about wishing her well as the duo was starting a new chapter in their life. But while the letter in itself is a memorable gesture, Saif had made sure to make his bride Kareena read it before he sent the letter across. Saif had revealed how Kareena was 'extremely supportive' and had urged him to send it to Amrita.

In an interview with the Filmfare magazine, Sara Ali Khan had talked about how her mother, Amrita had reacted to Saif's second marriage. She had said, "When my father got married to Kareena, I remember going to the locker with my mother and taking out jewellery and saying which jhumkas should I wear? She called Abu and Sandeep and said, ‘Saif is getting married and I want Sara to have the most beautiful lehenga.'" 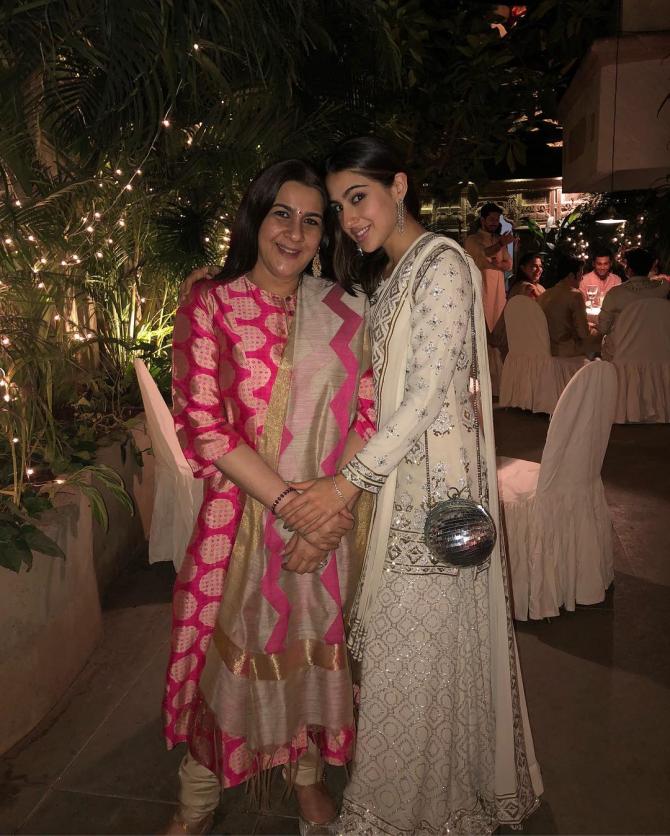 In an interview with the Mumbai Mirror, Kareena Kapoor Khan had talked about being a ‘second mother’ to Sara and Ibrahim, “I have always said this to Saif, Sara and Ibrahim that I can only be their friend, I can never be their mother because they already have an amazing mother who’s brought them up spectacularly. I’m meant to be their friend. I love them dearly and whenever I am wanted or my advice needed, I’m there for both at any point in their life.” (Must Read: Akshay Kumar Taking His Mom To Her Favourite Place In The World Is Every Mom's Wish From Their Son) The modern family of Saif Ali Khan is an inspiration to many families out there!

Saif Ali Khan Asked Daughter, Sara Ali Khan To Not Work With Him In 'Jawaani Jaaneman', Here's Why