Saif Ali Khan Reveals If His Son Ibrahim Is Going To Enter Bollywood As A Hero, Just Like Him

Saif Ali Khan Reveals If His Son Ibrahim Is Going To Enter Bollywood As A Hero, Just Like Him

Saif Ali Khan talks about his kids, especially Ibrahim following his footsteps in the world of acting and representing the famous 'Nawab' legacy!

In the last three decades, Saif Ali Khan has proved his worth and versatility with his choice of films. He started off with comic roles, moving on to do masala films, reinvented himself with flicks like Dil Chahta Hai, Omkara, Race, etc. and finally doing only niche films. So, on the work front, Saif has got his due as an actor and in fact, far more than that. He is working hard and trying to make the best of what he has. Today, his kitty is full with movies like Jawaani Jaaneman, Laal Kaptaan and more. (Don't Miss: Ram Kapoor Reveals His Kids Are Able To Hug Him Properly Now Due To Slimmer Waist, Post Weight Loss)

Now, apart from being a successful star in Bollywood, our Nawab sahib is also a doting and proud father of three kids- Sara Ali Khan, Ibrahim Ali Khan and Taimur Ali Khan. While Taimur is certainly one superstar toddler to watch out for, Sara and Ibrahim are grown up enough to match their father’s footsteps. While Sara Ali Khan has already made a name for herself with Simmba and Kedarnath, we are yet to see Ibrahim appearing in front of the camera. Talking about his kids’ career, the actor has said that he is sure the kids would be interested in acting in future.

Saif Ali Khan Wants His Son Ibrahim Ali Khan To Have An Acting Debut Like Hrithik Roshan, Here's Why

Saif Ali Khan Reveals Both His Sons, Ibrahim And Taimur Will Follow His Footsteps And Become Actors 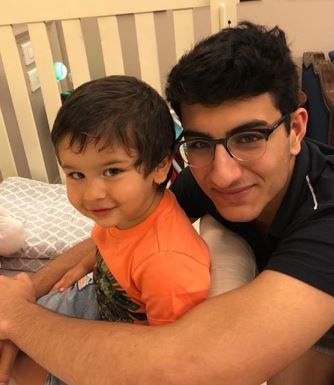 Here’s looking at Saif Ali Khan who speaks about creative Bollywood, stardom and his inclination in seeing his kids as actors. The actor, who is currently busy shooting for his hugely awaited upcoming Jawaani Jaaneman in London, took some time out to chat with the Hindustan Times and reflected upon his kids’ taking the plunge into acting. On being asked about kids following his footsteps, he said, “He should, and he’s looking good, better looking than I am! He’s a very charming guy. I definitely think all of my children would be interested in acting. We’re an acting family, the whole bunch of us are in the industry. So I’m sure. He’s still a little young, and I’m keener that he does university first. Then, of course, we’ll support him in whatever he wants to do.” Well, all eyes are on these kids because they represent a fresh generation of one of the most illustrious families of India. Born with the quintessential silver spoon, the children of famous Bollywood stars, Saif Ali Khan Amrita Singh and seem to have the best of everything - grooming, limelight, fame, exposure and whatnot. You name it and they have it! You will definitely love a few more pics of the star with his kids. Enjoy the throwbacks and a few cool ones! (Also Read: Kunal Kemmu And His Daughter Inaaya Naumi Kemmu's 'Pout Practice' Makes Us Wonder Who Does It Better) 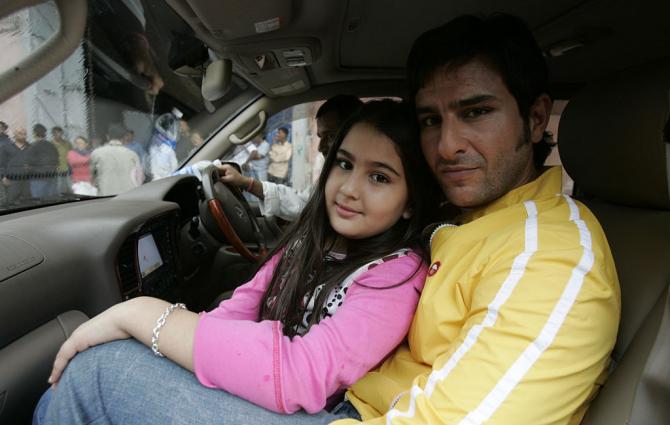 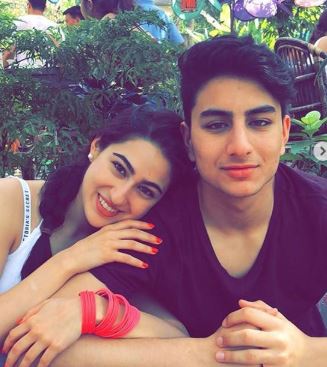 He further added that the fixed stereotypes related to the industry are being broken. He said, “It’s in the midst of some kind of renaissance like it was in the 1950s or 60s. I don’t think there’s been a better time. And it’s only going to blow up huge from here. Everyone’s kids want to join [Bollywood] now, and that means it’s going to be different types of looks, roles, people. The fixed stereotypes we had in our mind are constantly being broken. The film industry is really going to benefit, and there’s a lot of room for everyone. I’m thrilled it’ll be out of control of the film mafia, where people try and control. It’s just going to be too big and will become like Hollywood.” 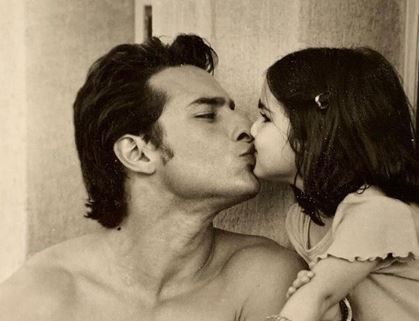 Sometime back, in an interview with the DNA, Saif Ali Khan had shared a few details about son, Ibrahim Ali Khan and his career. He had shared, "But yes, he is over 6 ft tall, and he looks good in one. But I told him we would discuss if he could do that.” He had also answered if we will get to see him acting someday in films. He had said, "It’s a possibility. But he has to work on his diction. It’s a long time away.” (Also Read: Taimur Ali Khan Spends Quality Time With Mom, Kareena Kapoor Khan In A Park In London [VIDEO]) 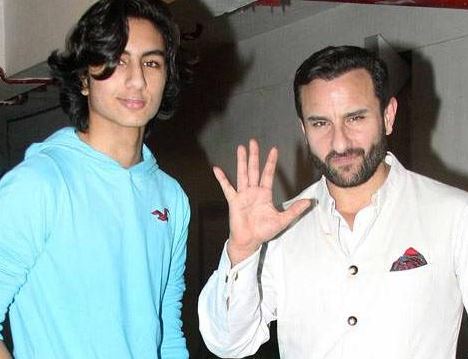 If the father has looks-to-die for, acts like a dream, and belongs to a regal family, chances of the kids inheriting his qualities are high! What say?