Saif Ali Khan was previously married to actress, Amrita Singh. They have two children together, Sara Ali Khan and Ibrahim Ali Khan. However, when Saif and Amrita had parted ways and had got divorced, Amrita Singh had raised Sara and Ibrahim as a single mother. While Sara had made a name for herself with her cuteness, acting chops and witty shayaris in Bollywood, brother, Ibrahim is yet to make his debut.

Ibrahim Ali Khan has a spitting image of his father, Saif Ali Khan, while Sara Ali Khan resembles her mother, Amrita Singh. Once, Sara Ali Khan had opened up about having exactly the same looks as their parents and had revealed that it is a very common topic of discussion at their house. Now, a video is going viral where Ibrahim gets mistaken to be Shah Rukh Khan's son, Aryan Khan.

Shah Rukh Khan's Son, Aryan Khan Is Being Questioned By NCB After They Raided A Cruise Ship

Saif Ali Khan Reveals That Son, Ibrahim Is Starting His Bollywood Career By Assisting This Director

When Shah Rukh Khan Wanted His Son, Aryan Khan To Become A 'Spoilt Brat' And Run After Girls 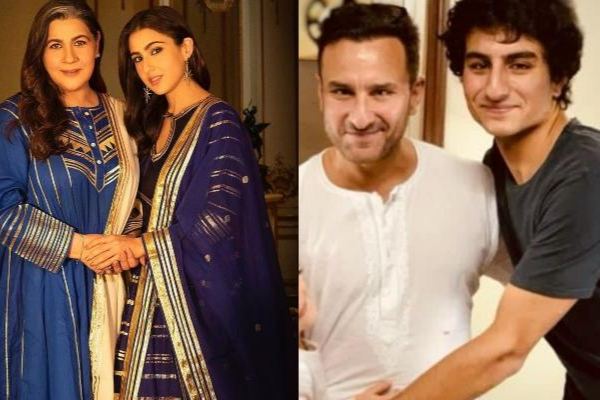 It is known by all that Ibrahim Ali Khan has an uncanny resemblance of his father, Saif Ali Khan. So, it came as a shocker when a few fans were calling him out as Aryan Khan. A video shared by a paparazzi team's Instagram page showed that last night i.e., on April 14, 2022, Ibrahim Ali Khan went out to party with his friends. In the video, we can see as he was getting papped while getting inside his car, a few other people were calling him out as Aryan Khan (Shah Rukh Khan's eldest son). The celeb kid can then be seen laughing out loud with his friends. Ibrahim looked quite a dapper in a grey-coloured floral shirt.

As soon as the video surfaced on the internet, the netizens dropped into the comment section and backlashed the people who called him Aryan. A follower wrote, "You know how insulting that is ..?? It's him who didn't react and laughed it away. Yes He is No Celeb.. But this applies to any normal human being too. No one likes to be called someone else . And it's not as if You Have not seen Ibrahim or Never been around him,clicking his pics. Not Cool! Kuddos to You Ibrahim!" While another fan commented, "He is looking damm same as younger saif ditto." Check it out: 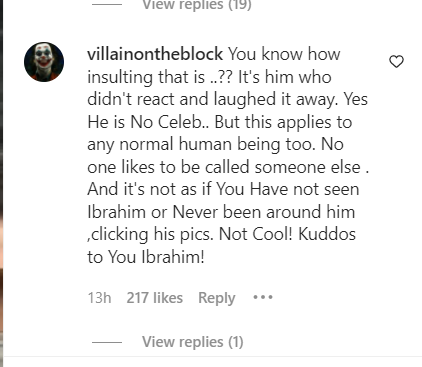 In an old interview with News18, Ibrahim Ali Khan was asked how does he feel to be called out for having the exact same appearance as his father, Saif Ali Khan. To which the celeb kid had replied with quite a dignity and had said:

“There are scenarios where people – whether it’s an old relative, my mother or a family friend – tell me, ‘Oh my god, you’re just like him (Saif) and he does that too!’ I guess maybe we are similar but I wouldn’t know that... But regardless, he is special to me. He is also my guide when it comes to man-to-man conversations.” What do you think of this incident with Ibrahim Ali Khan? Let us know!