Salman Khan is one of the most loved actors in Bollywood. The superstar has made a place for himself in the heart of his fans with his amazing acting skills. Talking about his personal life, the heartthrob of B-town has been linked with several actresses. From his toxic love with Aishwarya Rai Bachchan to his broken engagement with Sangeeta Bijlani, the actor always be in the limelight for his love life. Now, once again, the rumours about him dating his co-star, Pooja Hegde has been doing rounds in the media.

It all started when a film critic, Umair Sandhu took to his Twitter handle and tweeted that superstar, Salman Khan has fallen in love with his Kisi Ka Bhai Kisi Ki Jaan co-star, Pooja Hegde. Sharing a picture of the two, Umair revealed that a source close to Salman has confirmed the dating rumours of Salman and Pooja. He even wrote that the duo are spending some quality time together. His tweet can be read as:

Salman Khan's Alleged Girlfriend, Iulia Vantur, Talks About Her Experience Being Under His Shadow

"BREAKING NEWS : New Couple in Town !!! Mega Star #SalmanKhan fell in love with #PoojaHegde !! His production house also signed her for next 2 films !! They are spending time together now a days !! Confirmed by Salman Khan close sources." 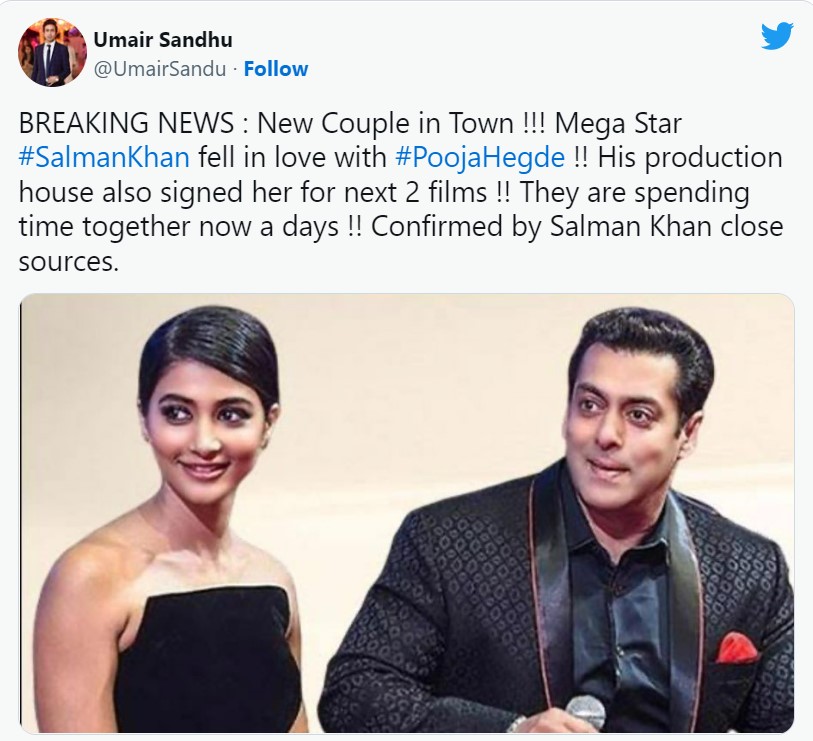 Soon after Umair shared the tweet, Salman Khan's fans started flooding the comment section with hilarious responses. One Twitter user questioned Umair about the credibility of the news and wrote, "Who is that close source who give you information about Bhai ??" Another tweeted, "Wow! What a breaking news." One more social media user commented with a gif of the Shark Tank India fame, Ashneer Grover. 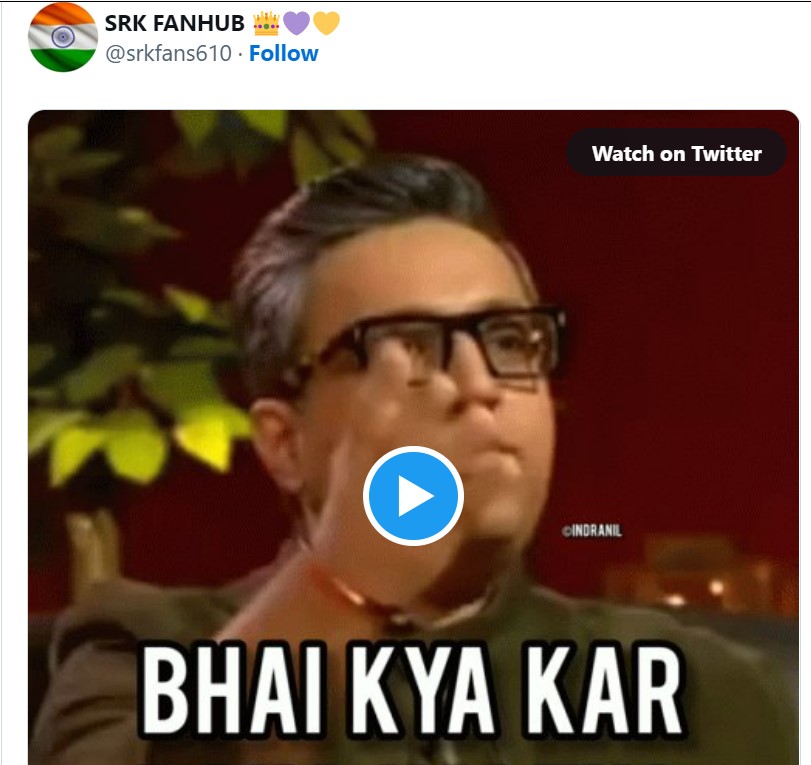 Before Pooja, Salman Khan was reportedly dating Romanian model, Iulia Vantur. Moreover, the alleged couple used to spend a lot of time with each other. For instance, on July 24, 2022, Iulia Vantur had celebrated her 42nd birthday with her rumoured beau, Salman Khan. Moreover, Salman’s brother, Sohail Khan and his brother-in-law, Aayush Sharma too, were present at the birthday bash along with few other friends. For the bash, Iulia twinned with Salman in a black-hued ensemble. 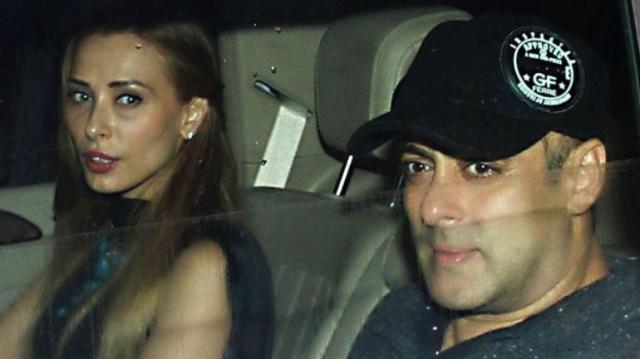 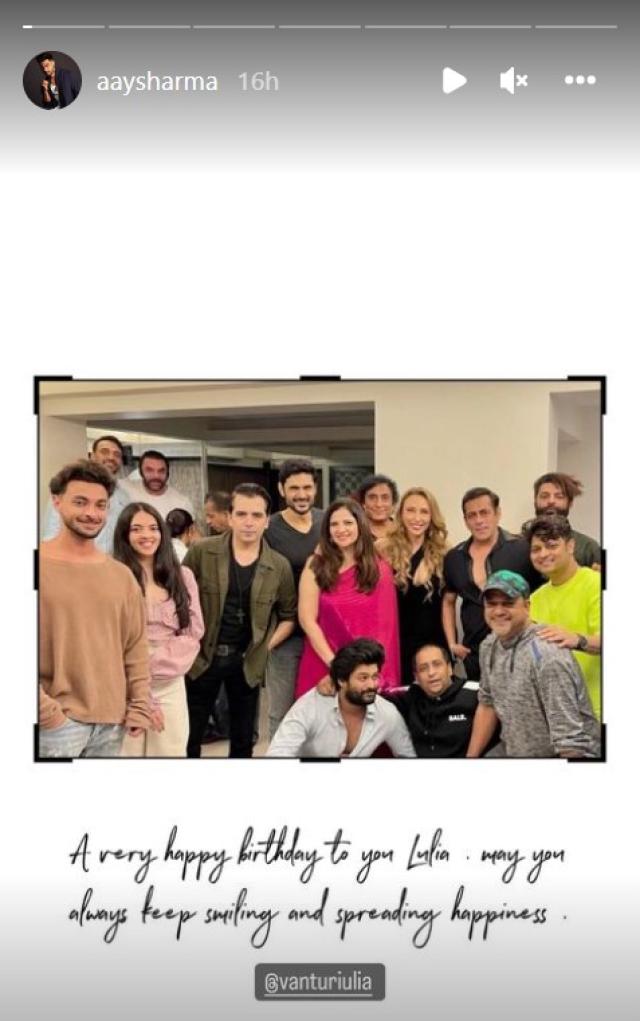 What do you think about the dating rumours of Salman and Pooja? Let us know!