Somy Ali has called out Salman Khan for alleged physical abuse done by the actor to her, during their eight years of relationship.

Salman Khan’s personal life has been made quite some noise over the decades. And recently so, one of his ex-girlfriends, Somy Ali  made a shocking revelation about the actor on her social media handle. For the unversed, Somy was in a serious relationship with Salman for a long period of 8 years, post which the couple broke up, and Somy left for the US.

Taking to her IG handle a few hours back, Somy penned an explosive reaction for her ex-beau, Salman Khan, and alleged him to have physically abused her. She even called him a male chauvinist. While Somy seems to have later deleted the post, however, many of her fans have managed to keep a screengrab of the same. Somy’s note for Salman can be read as:

Salman Khan's Ex-Girlfriend, Somy Ali Opens Up About Their Relationship, Reveals Why They Broke Up

Salman Khan's Rumoured GF, Somy Ali Revealed That She Came To India At The Age Of 16 To Marry Him

“More to come! Ban my show in India then threaten me with a lawsuit, you coward piece of sh*t. Screw your lawyer! I have 50 lawyers here to protect me from the cigarette burns, the physical abuse and the sodomy which you put me through and it lasted for years. So go f***kkkk yourself. You male chauvinistic pig. And shame on all the female actors who support this guy who has beaten several women. Shame on the male actors who support him. Bring it on you weakling and make sure you wear your insoles given your 5’6. It’s time to go to war. #truth #letsdoit #betterwatchoutsk #predator #womanbeater #its wartime #sadist.” 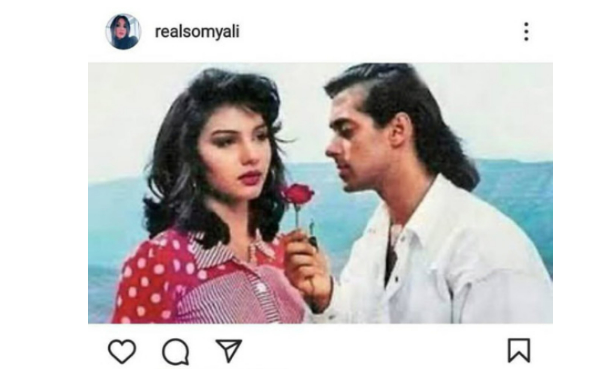 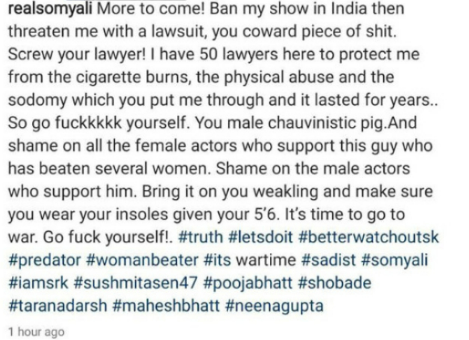 While this reaction of hers has shaken a lot of people on the internet, however, this also comes as a completely different opinion of her ex-beau, Salman Khan, whom she had previously praised for. To elaborate, during a previous interview with The Free Press Journal, Somy had mentioned that she had learnt a lot in life from Salman Khan, as well as his family and had recalled their breakup to be amicable. In her words:

“I learned a lot from his parents and household. I also learned from Salman. What I learned from his parents is so phenomenal. They had an open house. Every day people would come and go. They would be loving and feed them. The door was never locked. Another pivotal lesson I learned is that we are all the same. They did not differentiate in religion at all. They never saw any difference in religion. It is very important to learn from them, Ultimately, in any relationship, if you are not happy, it’s better to part ways. That was the case of the relationship between Salman and me. I decided to go back to America.”

Check This Out: Manjima Mohan Admits She Can Lose Weight Whenever She Wants, But Won't, Actress Explains Reason 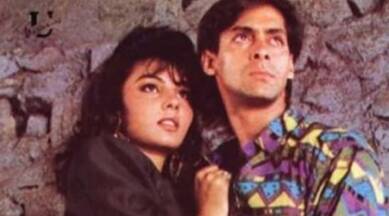 For the unversed, Somy, who was born in Pakistan, had considered Salman Khan as her inspiration, and had walked in his footsteps and joined Bollywood in the year 1991. Somy was just 16 years old back then. Soon after, she got involved in a romantic relationship with Salman, and became one of the top leading divas of her time. However, post her breakup with Salman in 1999, she returned to the United States of America in order to pursue higher studies. 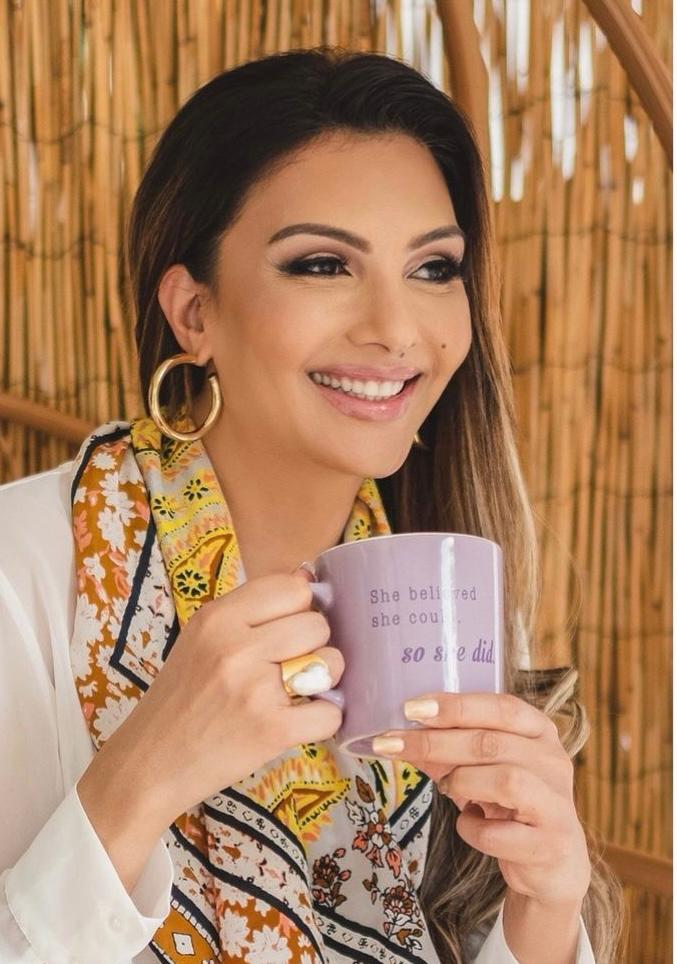 What do you think about Somy’s allegations?

Salman Khan's Ex-Girlfriend, Somy Ali Opens Up About Their Relationship, Reveals Why They Broke Up

Salman Khan's Rumoured GF, Somy Ali Revealed That She Came To India At The Age Of 16 To Marry Him