Pictures of the Akkineni fam-jam are always a bliss and we can't thank Samantha Akkineni enough for sharing them with us on special occasions. Checkout how she wished her fans on Diwali.

While ‘nuf is said and done about this year’s Diwali, most of us are still lurking in that holiday mode! With a lot of wins and losses on card games, constant complaining about how heavy your chandbali earrings and how over-eaten you are, Diwali is one of the most beautiful Indian festivals ever! While the waiting for Diwali 2020 begins, let us take a moment to see how, one of the most famous actresses of the South Indian industry, Samantha Akkineni celebrated her Diwali. (Do Read: Hina-Rocky, Dipika-Shoaib Celebrate Diwali, Other TV Celebs Too Welcome The Festival Of Lights)

Before we do the same, let us give you a reminder of how Samantha replaced her primitive surname, ‘Ruth Prabhu’ with an ‘Akkineni’. It was on October 6, 2017, in Goa, when Samantha and Chaitanya broke a million hearts and became one another’s for eternity. The couple had recently completed two years of marital bliss and never misses out on emitting #CoupleGoals! As much as Samantha adores her hubby, Chay, she is equally (read more) fond of her in-laws’ and especially her dapper-at-60 father-in-law, Nagarjuna.

Samantha Akkineni Knows On What Date, Time, Year She Will Have Her First Child, Responds To A Fan

Naga Chaitanya Reveals That Parenthood With Wife, Samantha Akkineni Might Happen Soon For Them 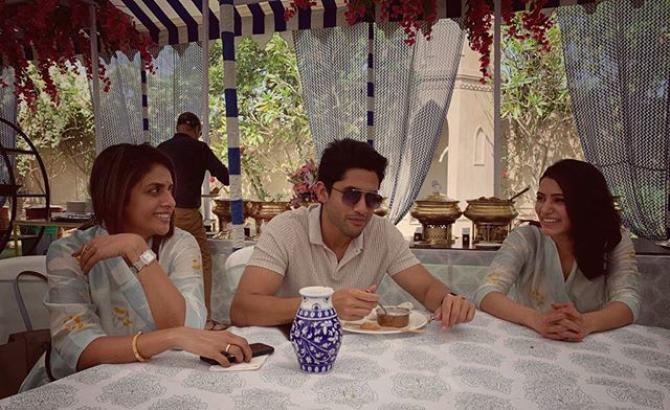 Pictures of the Akkineni fam-jam are always a bliss and we can’t thank Samantha Akkineni enough for sharing them with us on special occasions. While we were already having a blissful Diwali, it was Samatha’s family picture that had taken us to a joyride as soon as we spotted them. Wishing all her fans on behalf of the Akkineni family, Samantha wrote, “Our family, our health, our friends and the grace of God that never ends.. blessed. Thankful for the life I chose and the life that chose me Happy Diwali from our family to yours  @chayakkineni @akkineniakhil @akkineniamala.” The picture has Samantha and her hubby, Chaitanya pose with mother and father-in-law, Nagarjuna and Amala and her brother-in-law, Akhil. Well, the aforementioned picture is just one of the many instances. On August 29, 2019, Nagarjuna had turned 60 and for the same, his sons, Chaitanya Akkineni, Akhil Akkineni and the former’s wife, Samantha Akkineni had jetted off to Ibiza, to give the eldest Akkineni, a surprise to remember. An India Today report had it that the younger lot of Akkinenis’ were to host a private party for the star. It was also stated in the report that their’s would be a week-long celebration on the occasion of Nagarjuna’s birthday. In the similar lines, Samantha had taken to Instagram and posted the first-ever, full family glimpse, comprising of herself, hubby, Chaitanya, father-in-law, Nagarjuna, Chay's step-mother, Amala Akkineni and Chay’s half-brother, Akhil Akkineni from their holiday. Sharing the picture, she had written, “Nag mama says “Thank you for all the love... always and forever… your blessings matter the most.”” (Must Read: Sara Ali Khan, Mom Amrita And Bro, Ibrahim's Crazy Diwali Pictures Will Make You Drool Over Them) 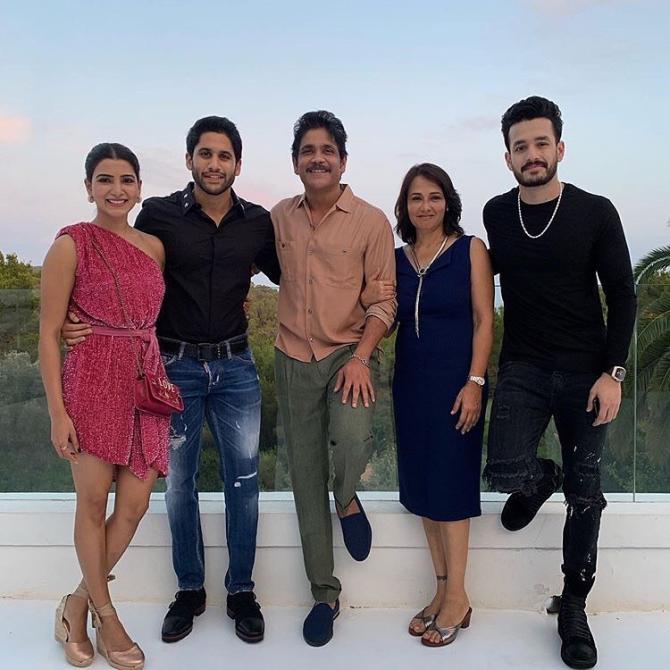 In the Telegu version of Feet Up With The Stars, Samantha Akkineni had gotten all candid and had shared the beauty of being a part of such a famous and amazing family. She had shared, “Swear to God, there was no pressure. Both the families are like friends and are so open with their children and treat them like adults who are capable of making their own decisions without any fear. I feel it (being part of Akkineni and Daggubati family) has been more of a strength because I have the advice of amazing people. I can now call Suresh uncle and say, ‘I have this doubt’ and he’s like the wizard of the Telugu industry. If you can answer his questions, your film is a hit." And then, Samantha went on to reveal the name of the person who adds colour to her life, “My father-in-law Nagarjuna. He is the bible on how to live your life." 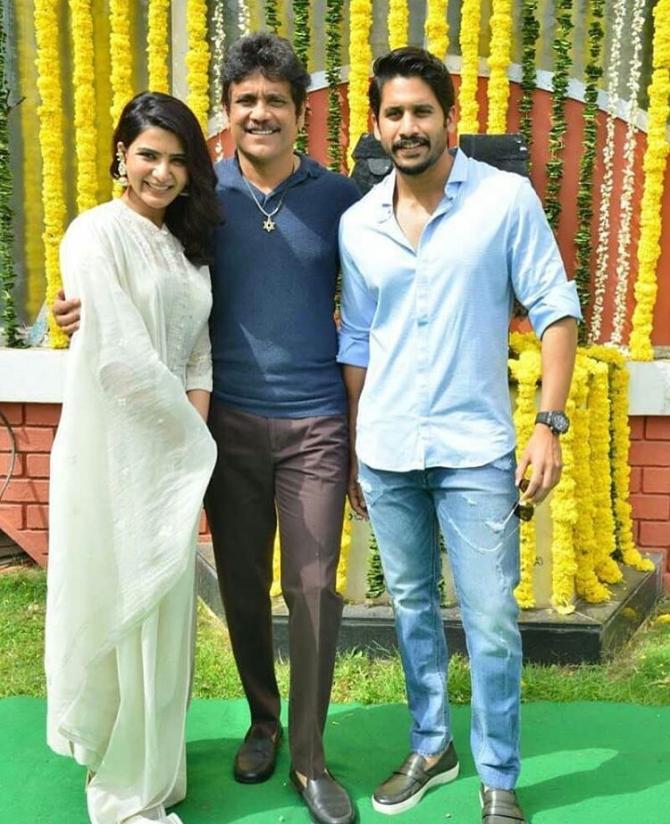 In yet another interview with Sakshi.com, Naga Chaitanya had answered the most wanted question about their life, which is, when will the couple embrace parenthood? An all-sporty Chay had shared with the portal that the ‘good news’ might come soon! The doting hubby had also described his current life state as “beautiful”. The Majili actor had further added that he is very thankful to his life and there is nothing more that he wants to ask from it! Coming back to Samantha Akkineni, she had once revealed if her life has changed after her marriage. Speaking about the same in an interview with Film Companion, the doting wife had shared, “Chay and I have a very normal approach to things; from writing our provision list to deciding the menu for dinner, to seeing if everything is there at home. Day-to-day activities are organised by us. I like to do that at home." (Also Read: Kapil Sharma And Ginni Chatrath Celebrated Their First Diwali Post Wedding, Shares A Video) Samantha Akkineni and Naga Chaitanya had dated for over 8 years and had then tied the nuptial bond in 2017. In an interview on the Famously Filmfare, Samantha had talked about the times when things didn’t work out between them. The actress from Tollywood was quoted as saying, “It took us eight years to be at the same point. Because there were times when I really liked him, and he was not in that space. And there were times when we wanted to work it out, but external factors. It took us a very long time to be in the same space.” Samantha Akkineni Knows On What Date, Time, Year She Will Have Her First Child, Responds To A Fan

Naga Chaitanya Reveals That Parenthood With Wife, Samantha Akkineni Might Happen Soon For Them