Sanjay Dutt and Maanayata's love story has always been very intriguing because there are so many theories and various hypotheses, and you don’t know which one to believe.

Except for this duo, nobody knows entirely how it happened but we surely know that these two love each other to the moon and back.

Varun Dhawan Pens A Note For His Fans Thanking Them, Shares An Unseen Picture From The Wedding

Sanjay Dutt Had An Affair With Madhuri Dixit When His First Wife, Richa Was Battling With Tumour

Recommended Read: 7 Bollywood And Television Celebrity Couples Who Are Expecting Babies In 2017

Sanjay has been involved with many ladies and was married twice before tying the knot with Maanayata. But now that he has married her, he is a devoted husband and a caring father to their adorable babies. 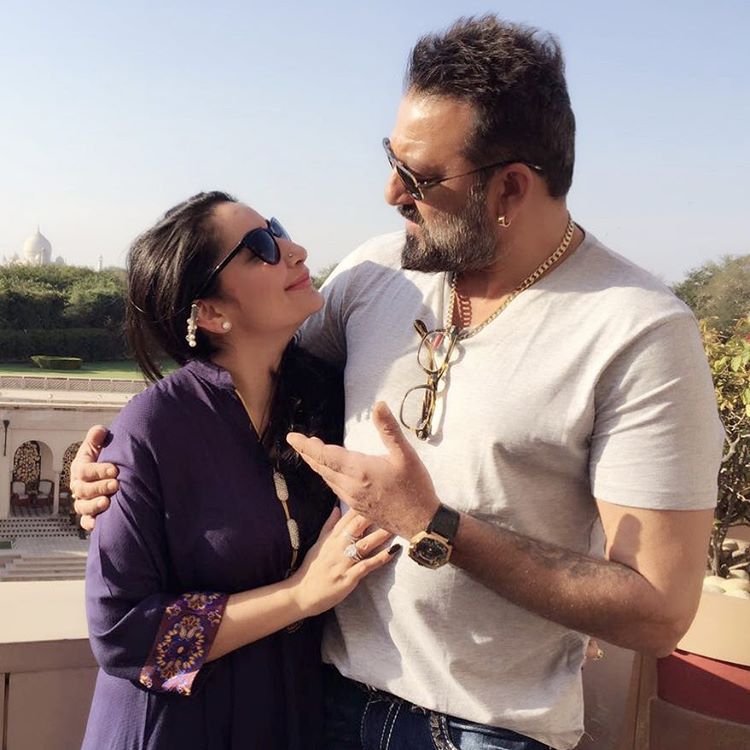 Rumour has it that Sanjay Dutt was involved with a junior artist, Nadia Durrani when he first met Maanayata who was then known as Dilnawaz Shaikh. Dutt found Nadia and Maanayata poles apart.

Also Read: 13 TV And Bollywood Celebrities Who Separated After A Decade Long Relationship

What made Sanju Baba fall for Maanayata Madhuri Dixit Wishes Everyone To Get A Husband Like Her, Reveals, 'He Encouraged Me For Singing'

'Maari 2' Actor, Dhanush Sends Notice To A Madurai Couple Claiming Him To Be Their Biological Son

Mohanlal's Wife, Suchitra Hated The 'Lucifer' Actor Initially, Here's How She Fell In Love With Him

Shahid Kapoor Shares A Selfie From His Boys Trip, Thinking Of His Darling Wife, Mira Kapoor

Madhuri Dixit Talks About Her Sons, Arin And Ryan's Upbringing, Shares How They React To Her Stardom

Shilpa Shetty Shares A Heart-Melting Video For Son, Viaan, Pens A Note To Wish Him On His 10th B'day

While Nadia enjoyed the luxuries that came with Dutt's presence, Maanayata was more interested in cooking for this man. Something like the age-old saying that 'the way to a man's heart goes through his stomach'. And it worked! It was Maanayata who ruled over Sanju Baba's heart at the end. 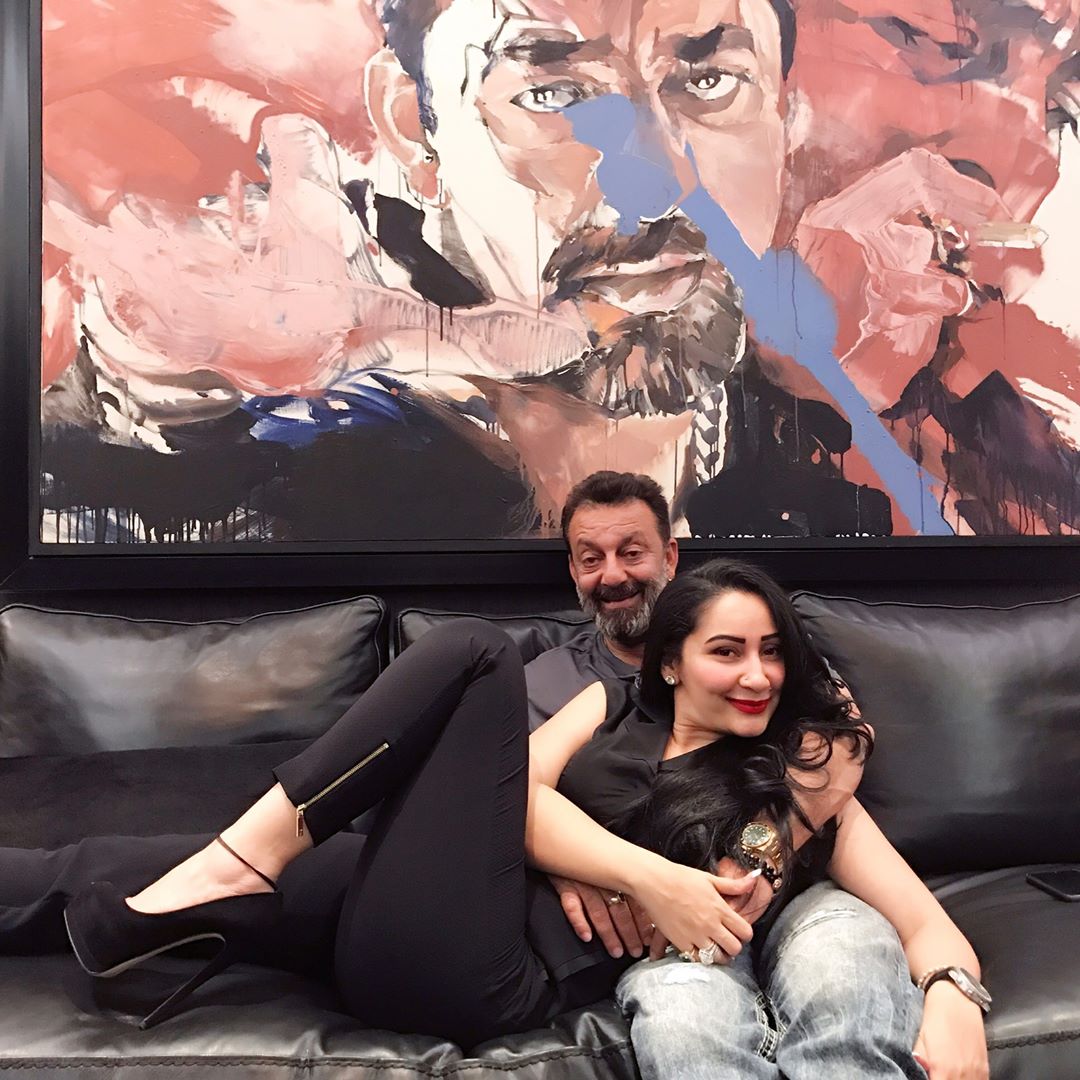 Not only this, Maanayata has always been very protective of Sanjay. She would often drop by on the sets with his favourite food. She also took care of his personal and professional matters. And she has always been cordial with his friends. This warmth attracted Sanjay towards her. 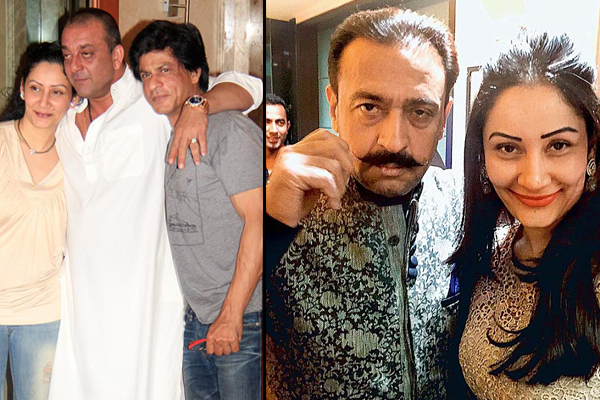 Talking about how protective she is for Sanjay, Maanayata once said in an interview:

"Wherever there's power, there's bound to be a lot of conspiracy hovering around that source of power. And let's face it, Sanju is very powerful. There were too many people around him trying to use him. I came like a barricade in Sanju's life to stand between him and those who want to use him. Naturally, these fair-weather friends resent me. I spoilt their party, you see."

And then they became husband and wife... After a 2-year courtship, Maanayata and Sanjay officiated their love by tying the knot at the Taj Exotica in Goa on February 7, 2008, in accordance with the Hindu rituals. A lot of gossips surfaced when this news came out in the public. But, after seeing the smiles on the faces of the newlyweds, everyone congratulated the couple.

You may like: 11 Famous Bollywood Directors And Their Lesser Known Wives 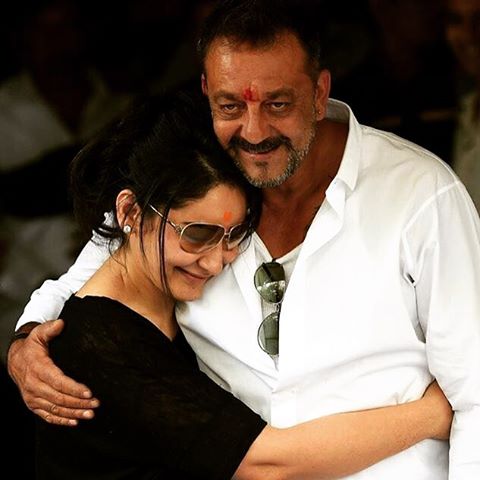 Talking about her dating days with Sanjay and how things changed after marriage, Maanayata happily said:

"Oh yes. I've never been happier. Sanju has stood by me through thick and thin. I've known him for nine years. We started seeing each other seriously in 2005. But he knew my past. So when 'friends' tried to provoke him he just laughed it off. He knew everything about me. When I was going through hell before my marriage, I'd pick up the phone and ask him for help. We're both very positive people and we like to live and let live. We both believe in forgiving. And we believe every saint can have a past. And every sinner can have a future."

The arrival of their gorgeous twins 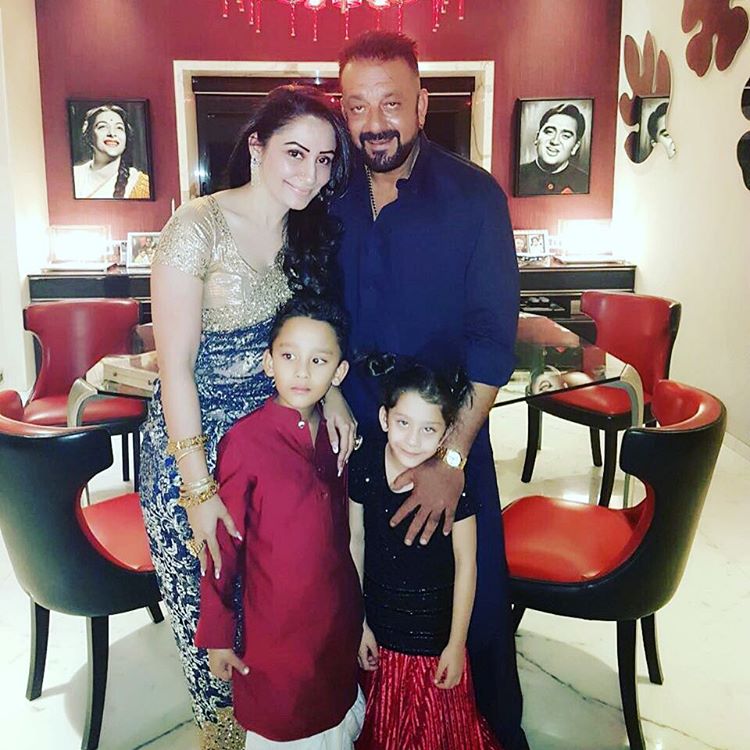 2 years into wedlock, the couple welcomed their beautiful twins, Shahraan and Iqra Dutt on October 21, 2010. From the time Sanjay was released from the prison, he is catching up on all the lost times. The actor's adorable twins even visited him on the sets of his next movie, Bhoomi which is directed by Omung Kumar.

Must Read: 5 Famous TV And Bollywood Celeb Couples Who Had Twin Babies 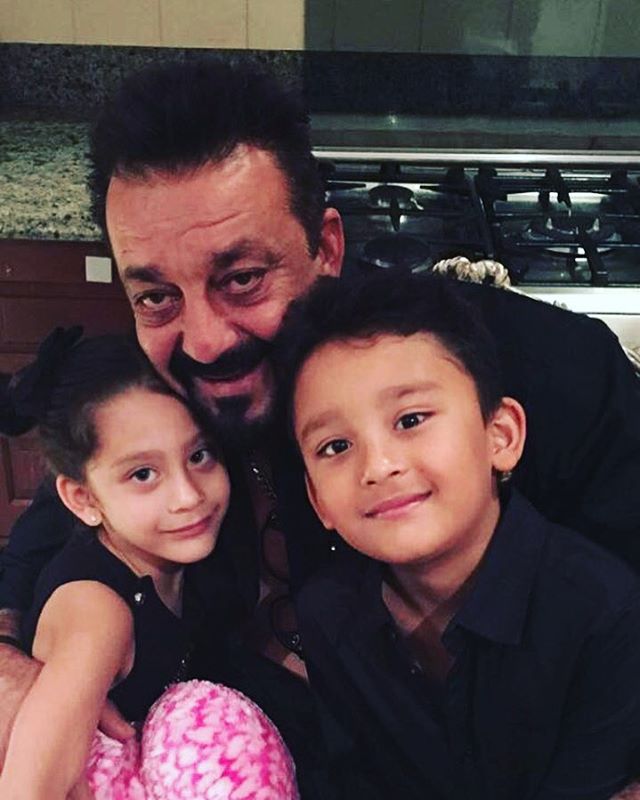 Interestingly, Sanjay's next movie Bhoomi is based on a father-daughter relationship where Sanju baba plays the daddy and Aditi Rao Hydari plays his daughter. 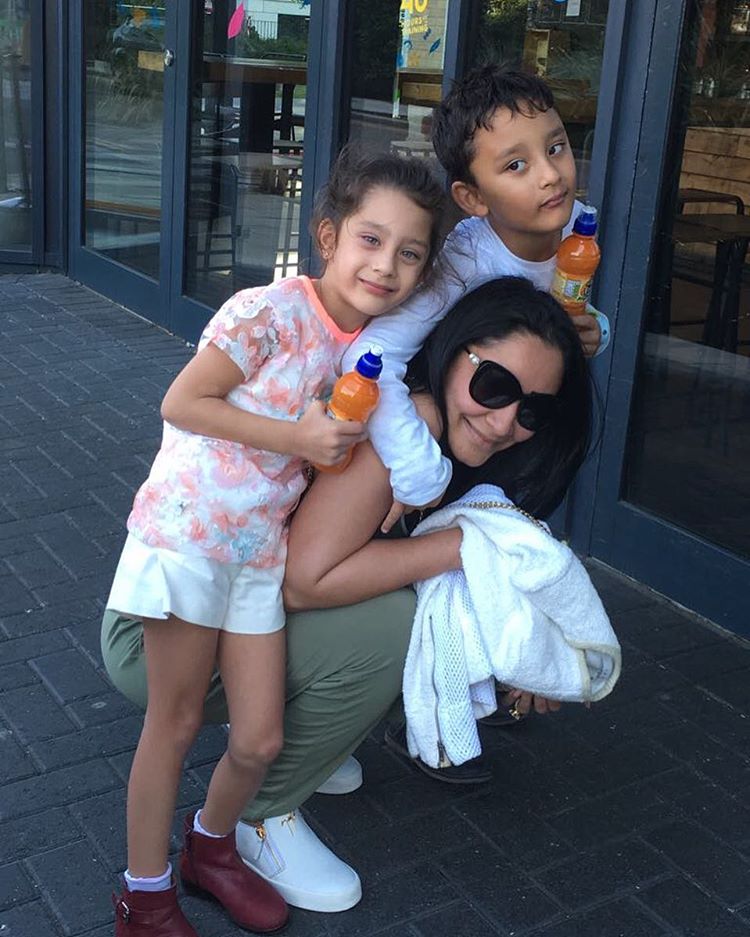 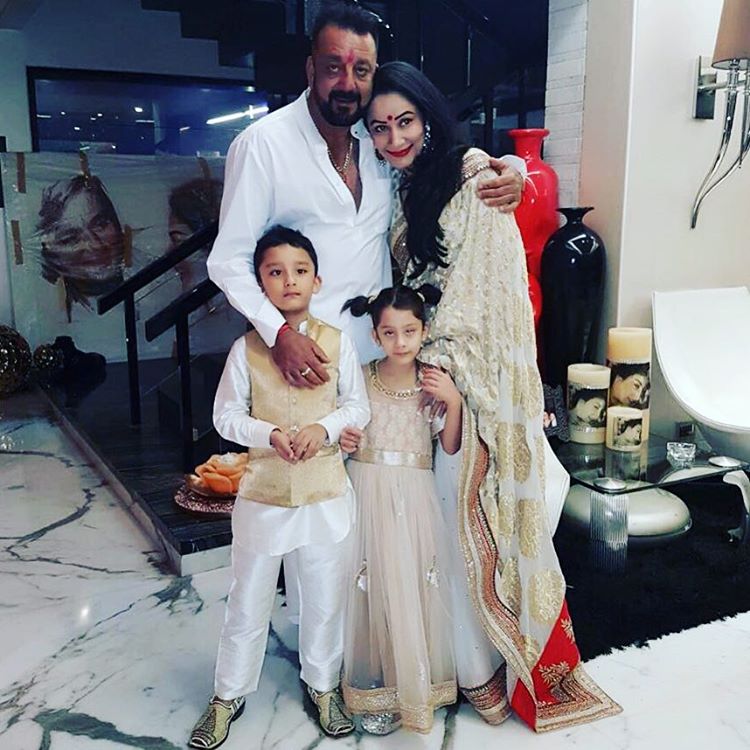 The much-awaited reunion of the nanads with the bhabhi

Initially, when Sanjay and Maanayata tied the knot, Sanjay's sisters neither attended their wedding nor accepted Maanayata as their bhabhi. But over the years, things have changed and Maanayata now enjoys cordial relations with her nanads. As they say, all's well that ends well! 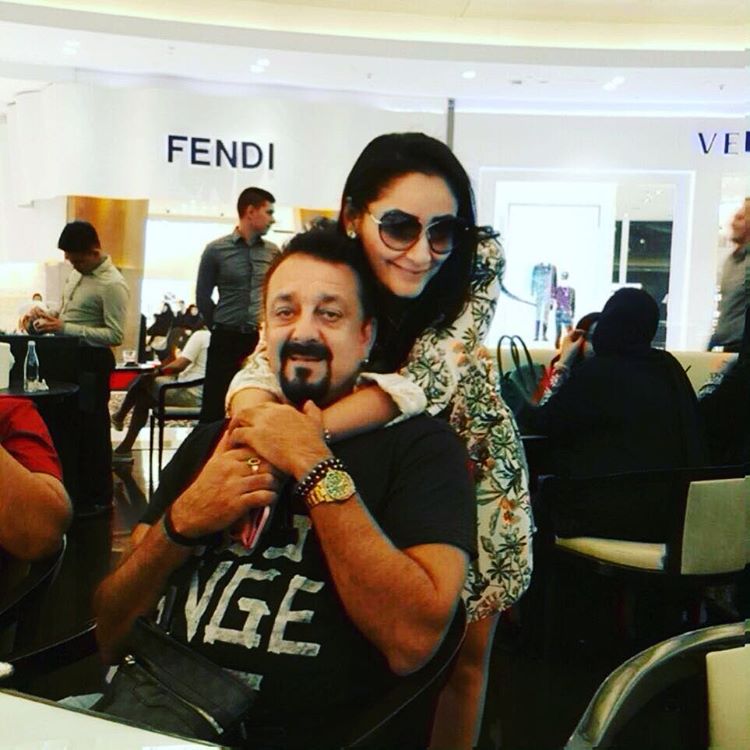 Just when Sanjay and Maanayata were celebrating their union and enjoying their marital bliss, they were stuck by the court's judgment which sentenced Sanju for three and a half years jail time. The entire family was devastated but Maanayata stood like a wall and protected everyone. 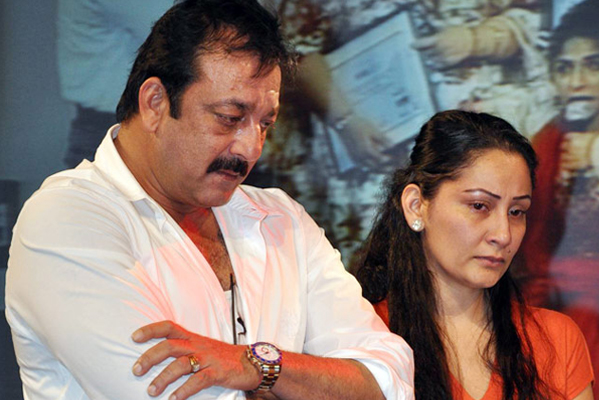 When Sanjay wrote a poem on Maanayata's birthday from jail

Two months after the commencement of Sanjay's sentence was Maanayata's birthday which she chose not to celebrate. Sanjay for this special occasion plucked a red rose from the jail's garden and kept it between the leafs of a book. He then wrote a poem for Maanayata on that rose. This birthday present made Maanayata cry. 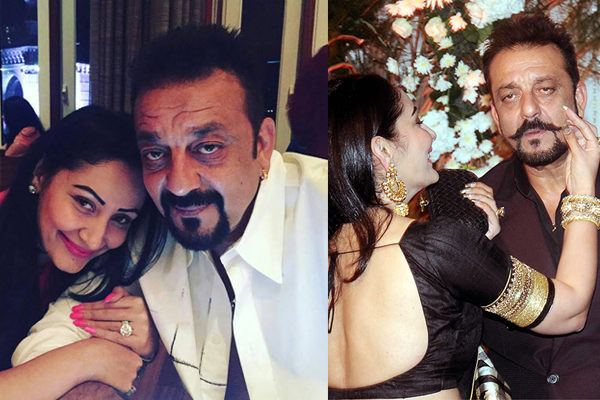 Now that Sanju Baba has served his jail time, he is back with his family, making it complete. After his release, in an interview to an online portal, Sanjay Dutt said:

Maanayata is not my 'better' half but my 'best' half. She is my strength. Whenever I fall down, she supports me. I believe she had suffered more than myself. Raising kids alone and realising each day what she had, I pray that nobody gets to suffer it anywhere. 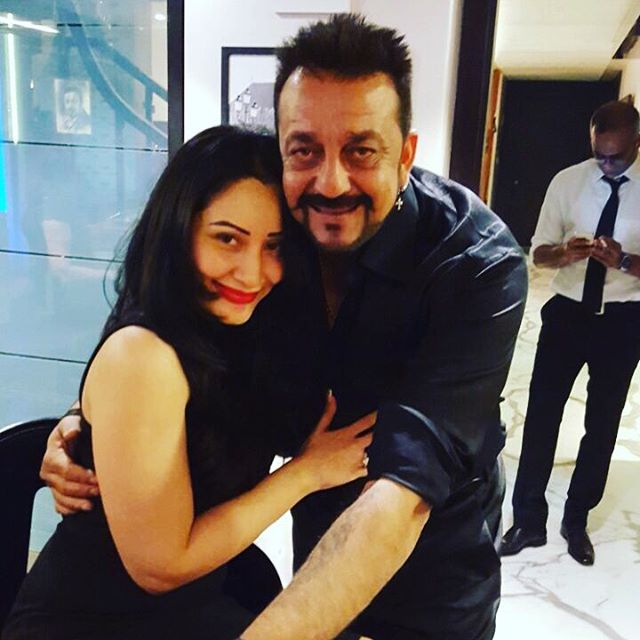 Sanjay and Maanayata have seen a lot of ups and downs and friction from their dear ones, but their love and unbending dedication for each other have surpassed all barriers. We hope that they always find a way to make each other happy.

Next Read: The Unheard Love Story Of Rani Mukerji And Aditya Chopra Is Full Of Adorbs

Varun Dhawan Pens A Note For His Fans Thanking Them, Shares An Unseen Picture From The Wedding

Madhuri Dixit Wishes Everyone To Get A Husband Like Her, Reveals, 'He Encouraged Me For Singing'