Sachin Tendulkar's daughter, Sara Tendulkar made her debut as a model and stunned everyone with her first advertisement. She shared the video of the same on her IG handle.

Sachin Tendulkar’s daughter, Sara Tendulkar, is already a show stealer with 1.5 million followers on her IG handle. Her prettiness and fashion statements often make people drool over her. While Sachin’s son, Arjun Tendulkar followed his father’s footsteps and decided to make a career in Cricket, his daughter, Sara took a different path as she is all set to conquer the glamour world and made her debut in the modelling world.

In 1990, Sachin Tendulkar was just 17, when he had seen his forever love, Anjali Mehta for the first time and had fallen for her immediately. Sachin and Anjali had tied the knot on May 24, 1995, and are blessed with two kids, Sara Tendulkar and Arjun Tendulkar. Sachin’s close-knit family is media’s favourite and everyone loves it when any member of the Tendulkar family shares snippets from their lives.

Sachin Tendulkar's Daughter, Sara Tendulkar Records Her Daddy As He Enjoys Getting Drenched In Rain

Sara Tendulkar Posts A Childhood Picture With Dad, Sachin Tendulkar To Wish Him On His 47th Birthday A few hours back, Sara Tendulkar shared a video on her IG handle from an ad shoot, confirming her modelling debut. Along with Sara, we can spot actress, Banita Sandhu and model, Tania Shroff in the video as they shot for a clothing brand. Sara, Tania and Banita flaunted the brand’s clothes, walking down the streets. Sara blew our minds in a dark mustard-coloured ruffled dress as she completed her look with white heels, a messy bun and nude makeup. Sara also donned a green-checkered dress with a sleek ponytail.

There is no doubt that Sara Tendulkar is a diva. Sachin Tendulkar’s princess, Sara had also outshined herself at a Diwali 2021 party. She had posted a series of pictures on her IG handle from the Diwali party she had attended with her friends. For the party, Sara had opted for a black lehenga with a deep boat-neck frilled blouse. While the frills on the blouse had embroidered detailing, her skirt was embellished with silver sequined work in layers. Sara had worn the lehenga from the brand, JADE, and when enquired, the cost of the skirt was approximately Rs. 1.5 lakhs. 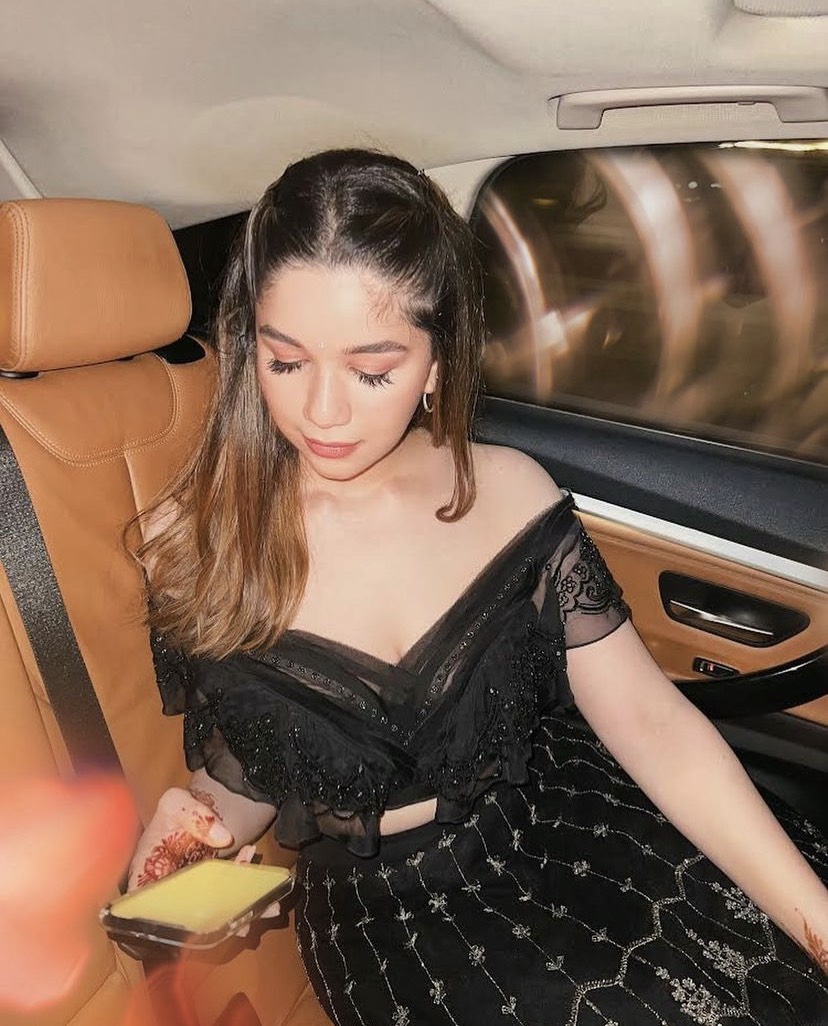 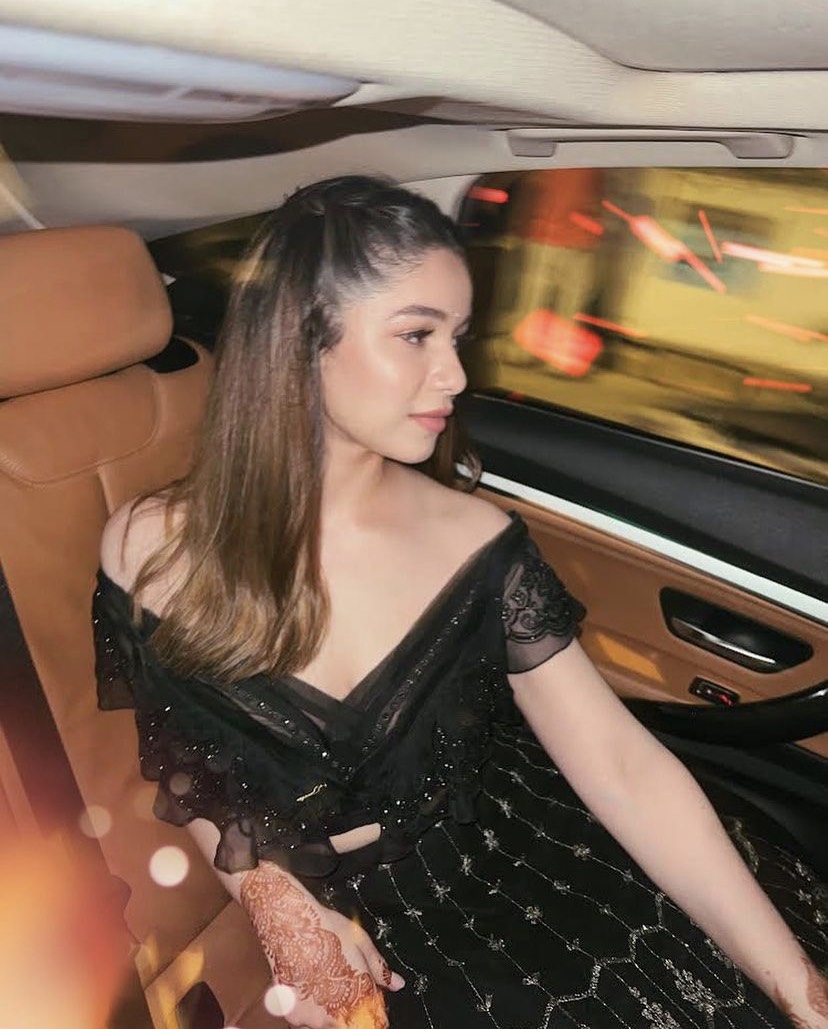 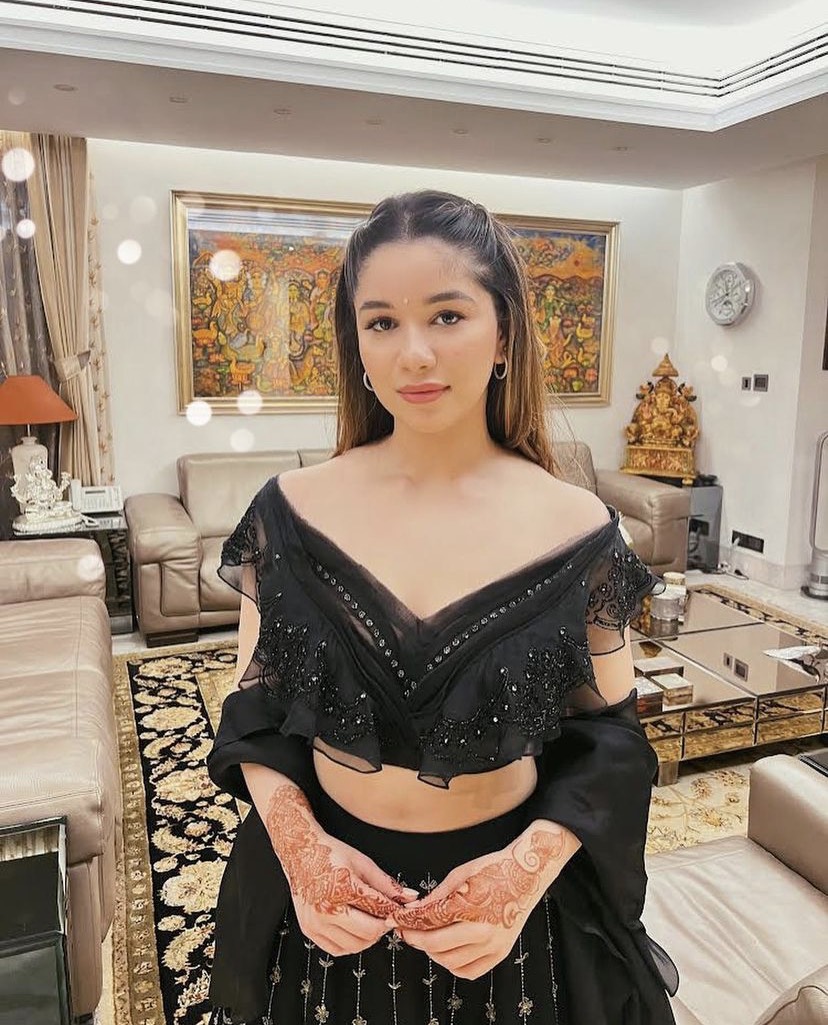 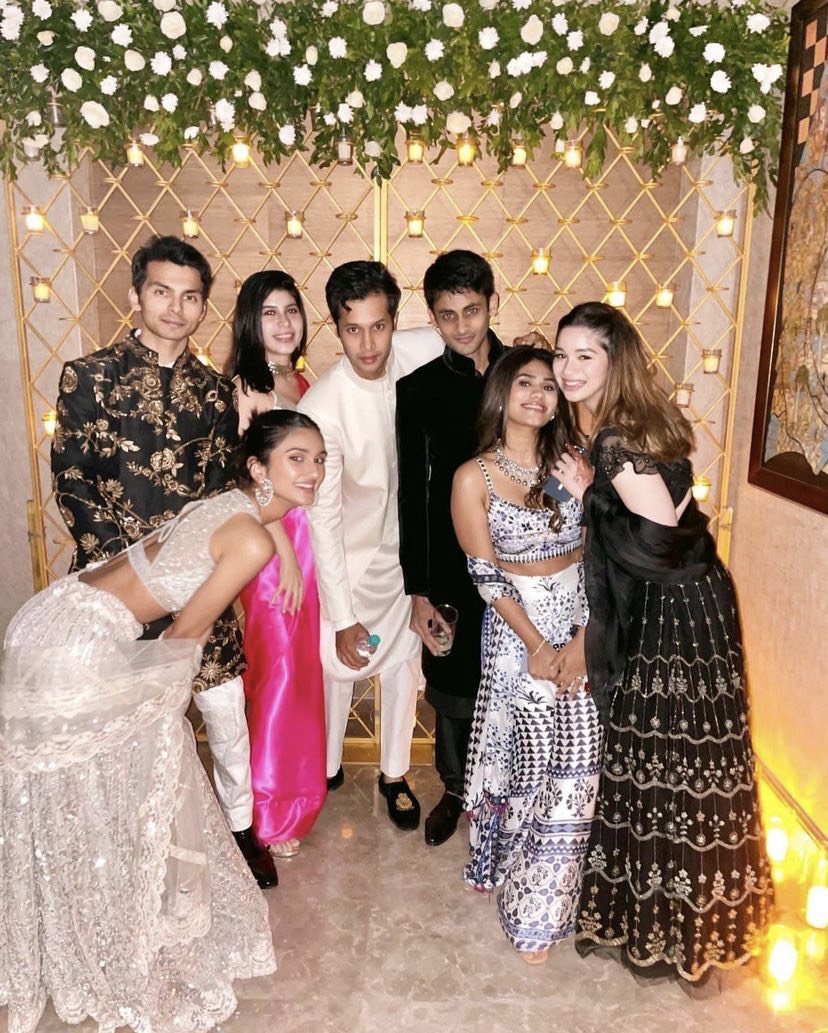 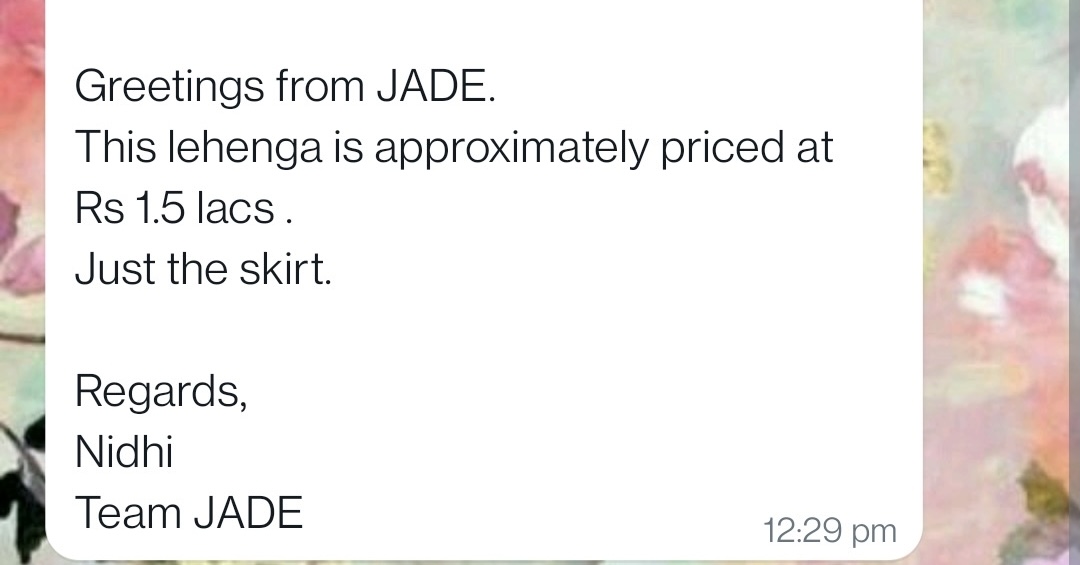 On October 12, 2021, when Sara Tendulkar had turned 24, she had celebrated her special day with her friends at an in-house party. From actress, Banita Sandhu to an influencer, Sidharth Kerkar, many of Sara’s friends had attended her intimate birthday bash. The birthday girl was seen jamming with her friends and drinking. She had also got 4 cupcakes for her birthday out of which the one with a pig face had stolen the show. 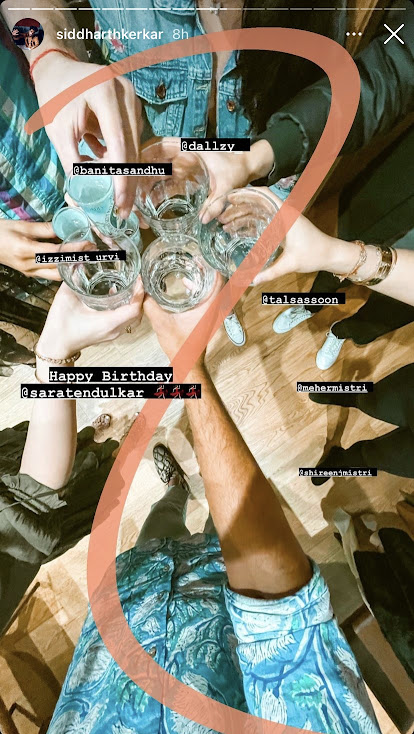 To wish Sara on her birthday, her father, Sachin Tendulkar had shared a video from the IG handle, 100 Master Blaster on his IG stories. In the video, he had recalled the moment when he had seen Sara for the first time after her birth. Atop the story, with a red heart emoticon, Sachin had written:

“Seeing you for the first time ever is a moment which I shall never forget. Can’t express in words the happiness you have brought into our lives. @saratendulkar.” 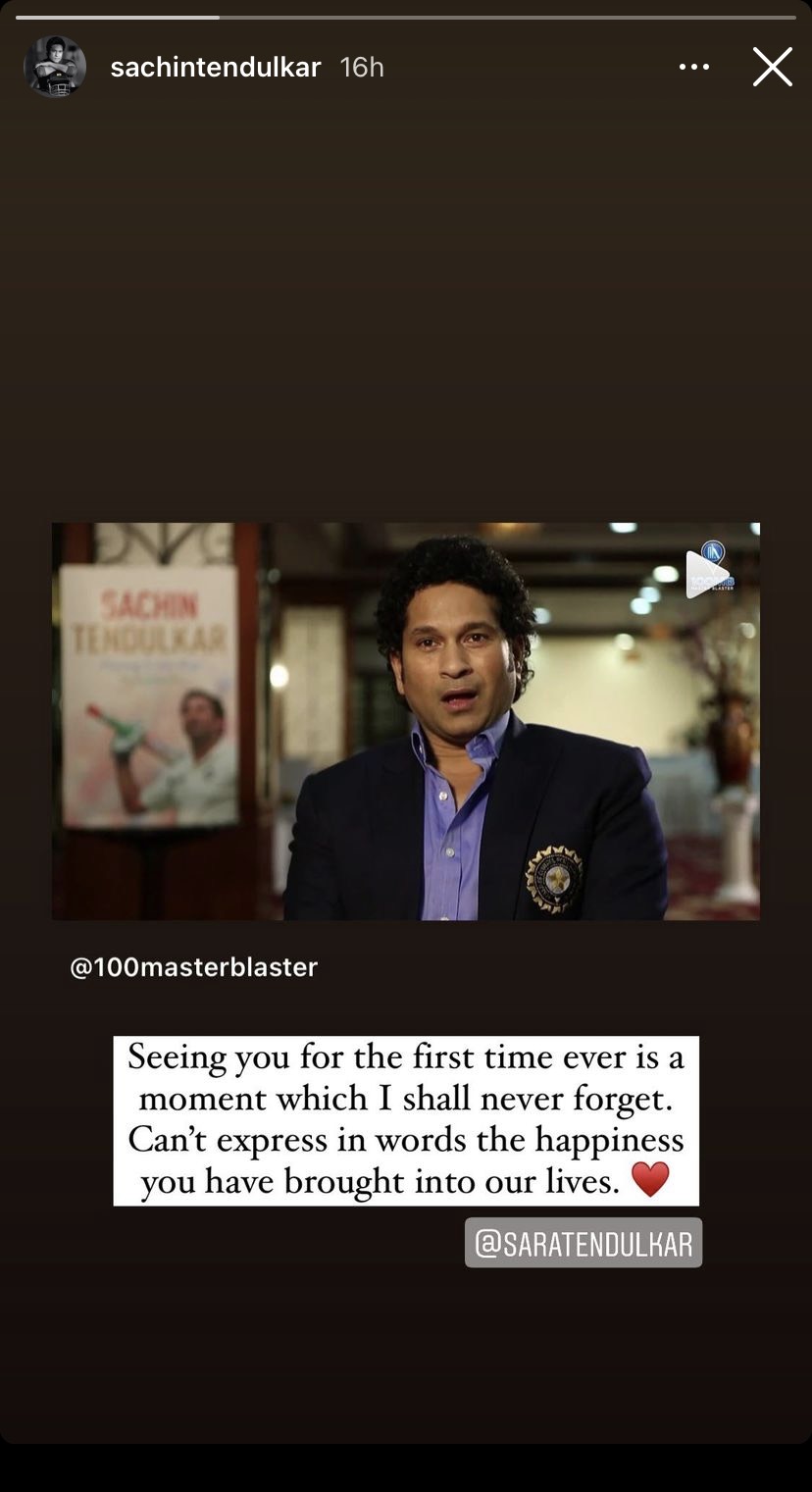 We are highly impressed with Sara Tendulkar’s screen presence!