Bollywood's King Khan, Shah Rukh Khan was seen with his sister, Shehnaz Lalarukh Khan, in a rare appearance at the Gateway of India on a ferry, and we can't keep calm. Take a look!

There's one name, one face, one smile and one voice that rules trillions of hearts out there, the King of Bollywood, the ordinary man from the streets of Delhi, who went on to become a global star, the one and only, Shah Rukh Khan. The actor has won numerous awards and titles for his brilliant acting in different movies genres over the years and is often regarded as the greatest lover the nation has ever seen on the big screen. Shah Rukh has worked in over 90 films and continues to rule people's hearts and can give any youngster a run for his money with his acting talent. (Recommended Read: Vinod Khanna's Photo With His First Wife Geetanjali And Their Kids Rahul And Akshaye Is A 'Must See')

Besides being a tremendously talented actor, Shah Rukh Khan is a gentleman in his personal life too. There's a reason why he is admired by millions and billions of people around the world. However, it's not just his movies that make him the most-loved celebrity, but it is the pureness of his heart and the way he sees things in the world. The actor is in headlines all over the internet after he was seen with his sister, Shehnaz Lalarukh Khan, in a suprise appearance at the Gateway of India on a ferry, and we can't keep calm. Scroll down to know it all!

Shah Rukh Khan Shares A Priceless Moment As His Son, AbRam Draws An Adorable Picture Of Him

Shah Rukh Khan Reveals A Life Lesson To Riteish Deshmukh That He Learnt From His Son, AbRam Khan 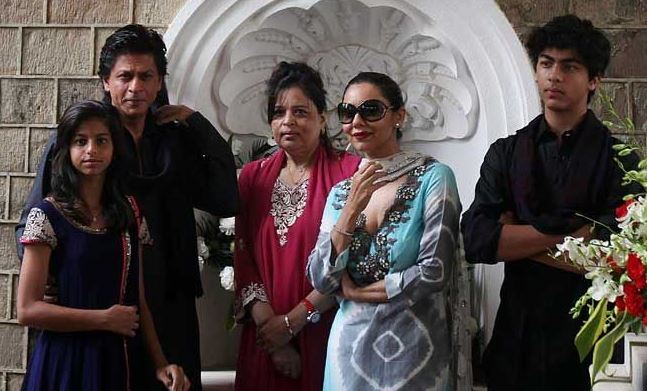 On February 19, 2021, Bollywood's King Khan, Shah Rukh Khan made a rare appearance with his sister, Shehnaz Lalarukh Khan, in a rare appearance at the Gateway of India and can be seen getting into a ferry in a secretive manner. The pictures and videos of the same are all over the internet, and the brother-sister duo looked stunning in their respective outfits, as they twinned in black. While on one side, Shah Rukh looked handsome as always in his all-black avatar, wearing a black jacket with a hoodie. On the other side, Shehnaz also looked stunning in her black shirt and denim. Some reports suggest that Shah Rukh and Shehnaz were heading to their bungalow through the waterside instead of going through the roads, while some suggest that it was just a casual outing. Take a look:

Everyone is aware of the fact that Shah Rukh Khan's sister, Shehnaz Lalarukh Khan has always maintained a good distance with the paparazzi in all these years and is an extremely media-shy person. That is the reason her every public appearance makes the internet meltdown in seconds. A few months ago, a fanmade portrait of Shah Rukh's whole family made by one of his dedicated fans in the world had broken the internet. The portrait was simply magnificent and rare, as it had featured Shah Rukh's late parents, Taj Mohammed Khan and Lateef Fatima Khan, his wife, Gauri Khan, their children, Suhana Khan, Aryan Khan, AbRam Khan, and his sister, Shehnaz Lalarukh Khan. The portrait was edited quite professionally as it had appeared quite real, and Shehnaz's appearance in the portrait had made it super-special. Take a look: (Don't Miss: Priyanka Chopra Jonas Reveals The Hilarious First-Meeting Of Her Hubby, Nick Jonas With Her Mom) Shah Rukh Khan's sister, Shehnaz Lalarukh Khan was also spotted at AbRam Khan's sixth birthday bash on March 27, 2019, and her appearance with Gauri Khan, Suhana Khan, Aryan Khan had delighted everyone. A picture from the same had gone viral on social media in split seconds because of Shehnaz's rare appearance with the whole Khan clan. In the picture, Shehnaz had looked gorgeous in her beautiful outfit, and it was her cutesy smile that had won everyone's hearts. In the picture, we could also see the birthday boy, AbRam, cutting the cake and Gauri feeding it to Shah Rukh. (Also Read: Dia Mirza Looks Gorgeous In Unseen Mehendi Pictures, Wears A Traditional Yellow Ensemble) 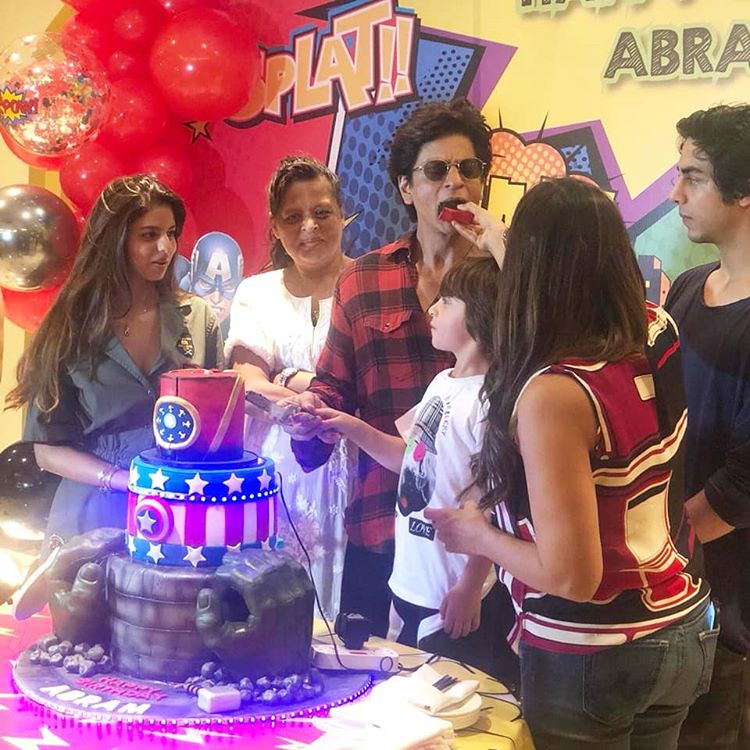 Did you like Shah Rukh and Shehnaz's twinning in black picture? Let us know!