Angry AbRam Khan Shows How To Deal With Paparazzi, Yells At Media For Clicking His Pictures

Angry AbRam Khan Shows How To Deal With Paparazzi, Yells At Media For Clicking His Pictures

Every child deserves and should have a normal childhood, but if you are a star kid, you will get used to flashy lights projected at you since your very birth! As much as their star parents want to keep their kids away from social attention, but the love for our favourite stars and the need to remain updated with every new advent in their personal lives only seems to increase with each passing day. And this article is solely on the teeny-weeny star babies of Bollywood! (Do Read: Nick Jonas Reveals The Time When He Lost To Muse Priyanka Chopra, Says She Is A Little Competitive)

Taimur Ali Khan, AbRam Khan et al, are loved and adored by all. Every glimpse that we catch of these star babies is enough to get us all setting for the day! Speaking about paparazzi’s favourite, Taimur Ali Khan to begin with, we bet you still haven’t got over the video where Taimur corrected the paparazzi when he was called by his name and said, “It is Tim”, which he punched with his most famous, “Bye”. Here’s the video in case you missed:

Aryan Khan Is Not Allowed To Be Shirtless At Home, His Father, Shah Rukh Khan Revealed The Reason

Shah Rukh Khan Reveals Why Gauri Khan Loves Him And His Equation With Kids, Aryan, Suhana And AbRam

Adorable beyond words, isn’t he? Well if you find this adorable, the very mention of this star kid, too, will make you say a big ‘awww’! Yes, AbRam Khan it is! Shah Rukh Khan’s ‘apple of the eye’ was recently spotted at Aaradhya Bachchan’s birthday bash. After enjoying whole loads at the party, an attendant was seen carrying AbRam on his lap, with paparazzi trying to grab a glimpse of him. While sitting in the car, little AbRam didn’t want to be clicked and hence said loudly, “No pictures” to the shutterbugs clicking him! Checkout the video yourself:

Do you know AbRam thinks that Amitabh Bachchan is Shah Rukh Khan’s father? Yes, a recent picture shared by Amitabh Bachchan had him, daughter Shweta Bachchan Nanda and little AbRam shaking his hand with his ‘grandfather’! Sharing the picture, Big B captioned the picture as, “and this be little Abram, ShahRukh’s little one .. who thinks , believes and is convinced beyond any doubt, that I am his Fathers FATHER .. and wonders why Shahrukh’s father does not stay with him !!!” AbRam’s mommy, Gauri Khan too, reposted the same picture and captioned it as, “Couldn’t resist reposting this image.” SRK commented on the picture and invited Sr. Bachchan to play ‘Doodle Jump’ with AbRam. His comment could be read as, “Sir Aaya Karo na! Please stay at home with AbRam on Saturdays atleast.. He has some really amazing games on his ipad...u can doodle jump with him!” (Also Checkout! Kajol Is Embarrassed And Apologises To The Media After Son Yug Devgn Teases Them At The Airport) 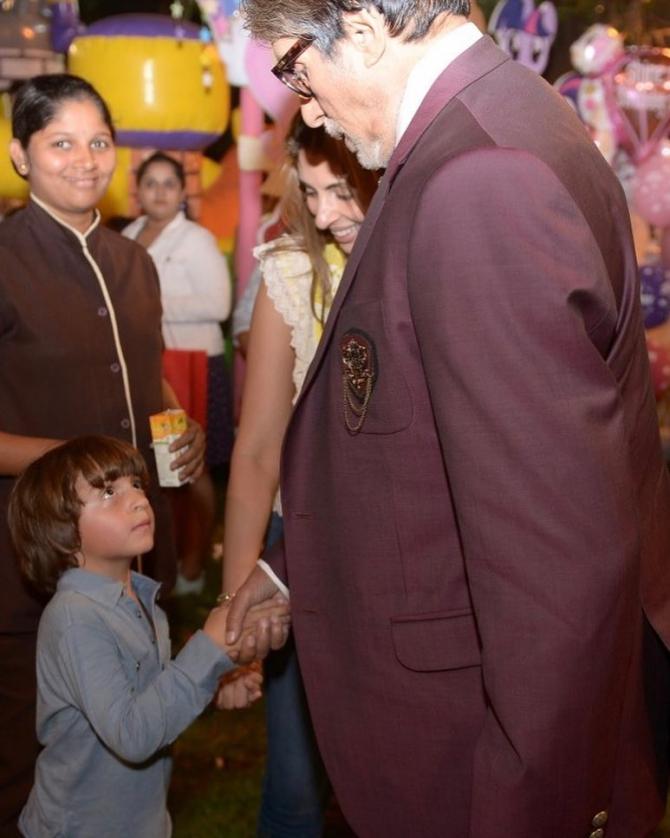 So cute, isn’t it? Speaking to The Telegraph, Shah Rukh Khan was asked about his son, AbRam’s reaction on his soon-to-release film, Zero’s trailer. The witty SRK literally mimicked Abram, revealed his reaction and said, “’Too good… too good’. He doesn’t have time for anything!" He further stated, “I don’t know! I assume that at age five, you become a little sensible and so this will be my first film that could probably appeal to him. (Jab) Harry Met Sejal was a little adult for a kid and Fan was probably scary for him… he was just three then. So maybe Zero will be the first film of mine that he will like or dislike. Someone asked me if AbRam thinks that Bauua is him, but I don’t think he thinks like that." 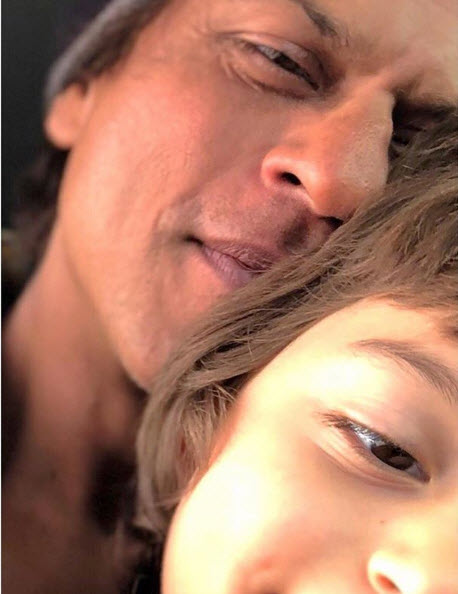 Very recently, Shah Rukh Khan took to Instagram and posted an adorable picture of AbRam, with the words “Mama is my Queen” written on it, holding an i-Pad in his hands and wearing a cap and sunglasses. Sharing the picture, the doting daddy captioned it as, “For all the sons of the world...If your Mama is your Queen then there is no stopping you from being The Happy Prince. (and an iPad loaded with games helps too).” 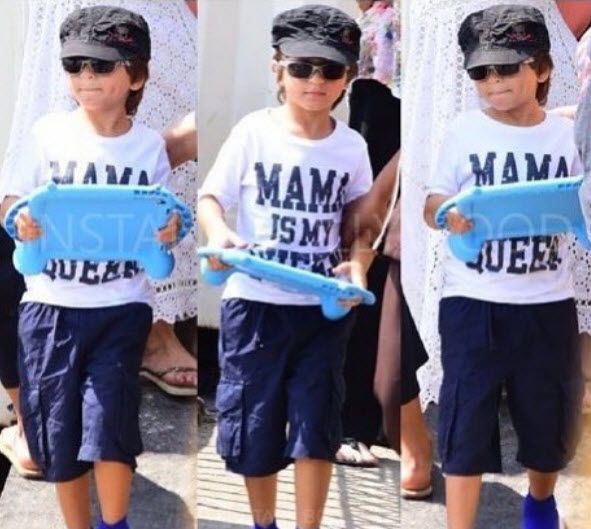 Do you know, AbRam ensures that his father meets people and media in due time? The Devdas star himself spoke about the same in an interview and shared, “I was working till late night, so I thought I will meet you (media and fans) bit late, but he (AbRam) came to my room and said 'papa bachas have come'. I don't know how he feels it as he is small. But he respects the fact that people love and respect me from outside the house. He makes it a point and holds my hand and takes me to the balcony.” (Don't Miss! Neha Dhupia And Angad Bedi Choose A Persian Name For Their Baby Girl, It Means 'Blessing') Does Shah Rukh Khan have a favourite child? He stated, “I am equal with my children. Aryan was the first child, Suhana is most special because she is a girl and AbRam is the youngest so everybody loves him. I can't decide. I have a dude son, pretty lady and a little gangster. I love them all and it is nice to spend time with them.” 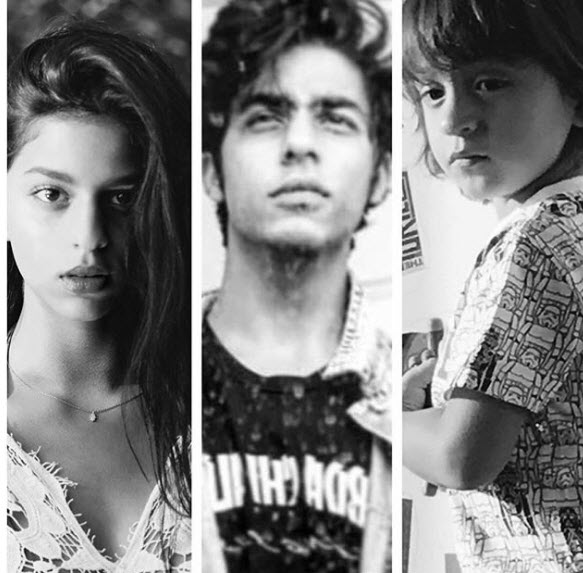 Amazing, right? Guys, how do you find AbRam’s way of dealing with the paparazzi? Tell us in the comments section below.