Shahid Kapoor Finally Opens Up About The Rumours Of His Stomach Cancer, Twitteratis React

Shahid Kapoor Finally Opens Up About The Rumours Of His Stomach Cancer, Twitteratis React

Of late, a handful of sad news from our favourite celebrities broke our hearts. From Sonali Bendre’s high grade metastatic cancer, to Ayushmann Khurrana’s wife, Tahira Kashyap’s stage 1, breast cancer, these are the news which none of us would ever like to read and all that we wish for them is speedy recovery. A bizarre cancer rumour of one of our favourite celebrities almost ruined our weekend, but we were put to peace when one of his family members reacted on the same. (Do Read: Jasleen Matharu Says Her Relationship With Anup Jalota Was A Stupid Prank Which Went Wrong)

“Shahid Kapoor is suffering from stomach cancer” – is the rumour which gave us a mini-attack. A news report blindly carried details about his cancer, his career path and his upcoming projects. Shahid’s family, in a reaction to the rumour stated, “Log kuchh bhi kaise likh sakte hain? Aakhir is khabar ka aadhar kya hai? Is tarah ki afwaahein phailaane ko kis tarah se jaayaz thehraya ja sakta hai?" (How can people write just anything? This news is based on what? Spreading rumors like these is not acceptable)."

Neliima Azeem Reveals Her Ex-Husband, Pankaj Kapur Had Left Her When She Had Conceived Shahid Kapoor

Neliima Azeem Credits Her Ex-Husband, Rajesh Khattar's Wife Vandana For A Friendly Bond Between Them

Shahid Kapoor's Mom, Neliima Azeem Opens Up On Her Divorce With Pankaj Kapur And Difficult Times

Neelima Azim Recalls Shahid's Demand For A Brother, And Dancing Mad On The Birth Of Ishaan Khatter

Shahid Kapoor Reveals If Mira Rajput Kapoor Has Interest In Acting, Praises Her Own Creativity While we all have heaved a sigh of relief on the same but nothing came from Shahid until now when he took to Twitter and finally broke his silence on his stomach cancer rumours. A single tweet that came from him, confirming that ‘all’s well’ with him have taken us and Twitteratis in a celebratory mode. His single-liner tweet could be read as, “Guys I’m totally fine pl don’t believe random stuff” and this is how Twitteratis reacted to the same. Checkout the same below:

This is not the first time when Shahid’s family has spoken for him. In an interview with Pinkvilla sometime back, Neelima Azim (Shahid Kapoor’s mother) was all praises for her eldest son. Speaking about how responsible her star son, Shahid is , she shared, “My stress was over. I was a single mother and till today he is taking care of Ishaan and me in every way. He is like 'hats off'! Shahid has worked very hard and has had a very challenging journey and the thing about both my boys is that they are very good sons, very honest and clean and extremely vulnerable. Ishaan is more like joyous and has his own energy. All I can say is, both of them have been sparkling in their own times. Ishaan has been very fortunate that he started with Majid Majidi and then Dharma, with Shashank and Karan with him so, Mashallah, he had a quicker and faster journey and I suppose the younger ones do have it that way while the elder ones do create a little more hard work for themselves. That's the way it’s always been. But both of them are wonderful.” (Must Read: Beyoncé Burnt The Dance Floor At Isha Ambani's Pre-Wedding Bash, Charged A Whopping Amount) The doting mommy also expressed her pride at the success of Shahid’s debut film, Ishq Vishk. She expressed, “Well, I think it is very simple. I came to Bombay and started working here, and received a lot of love and popularity myself. But Shahid took it to another level. He just took it to another level, his first film was a super duper hit, he became a youth icon. He has had a very interesting journey because he started working as a child, then he started taking Shiamak Davar classes and before that he did something in Delhi for a series where he played a 7-year-old child, who was separated from his mother”. 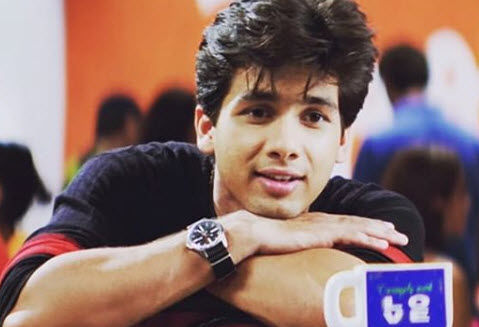 Neelima also revealed that Shahid has been Ishaan’s guru. She stated, “In Ishaan’s case, his guru has always been his brother and it is very kind of him to always give me the honour and that standing in his life. I have watched both the brothers very closely and it is amazing how Sasha has guided him in life. He has played more than an elder brother’s role because I was a single mother, there was no father as such living with us. So, Ishaan is mostly being guided, groomed and trained by his brother.” 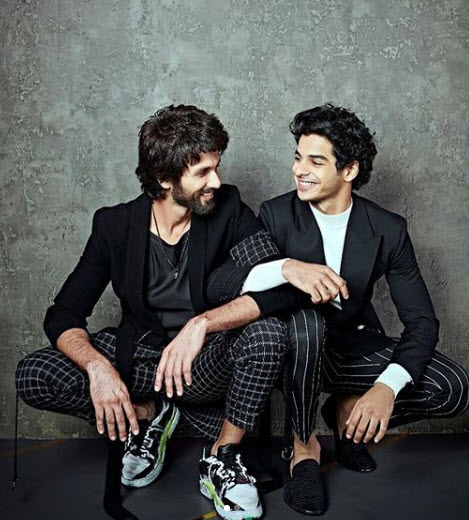 Isn’t Shahid a true exemplar of a family man? Also, a lot of ‘new things’ have happened to the Haider star this year. Shahid Kapoor and his wife, Mira Rajput Kapoor welcomed their baby boy on September 05, 2018, whom they named Zain Kapoor. Wifey Mira, took to Instagram sometime back and posted a close-up of baby Zain’s picture and he looked every bit of adorable! Take a look at the picture here: (Also Read: Deepika Padukone And Ranveer Singh Dance On 'Gallan Goodiyan' At Isha Ambani-Anand Piramal's Sangeet) Are you too, having a ‘happy feeling’ knowing that Shahid is totally fine, especially when it is coming from the man himself? Let us know in the comments section below.

Neliima Azeem Reveals Her Ex-Husband, Pankaj Kapur Had Left Her When She Had Conceived Shahid Kapoor

Neliima Azeem Credits Her Ex-Husband, Rajesh Khattar's Wife Vandana For A Friendly Bond Between Them