Bollywood actress, Shamita Shetty shared a beautiful picture of herself wearing a cute thing, which she has stolen from her niece, Samisha Shetty. Take a look!

Bollywood actress, Shamita Shetty shares a concrete, warm, and deep-rooted bond with her sister, Shilpa Shetty Kundra. They're one of the most admired and loved sister-duos of the entertainment industry and never fails to mesmerise us with their dinner dates, childhood confessions, or twinning outfits. However, the best part of their bond is the fact that Shamita shares an equally friendly and close bond with her jiju, Raj Kundra. (Recommended Read: Smriti Irani's 'Jaan Le Lo Meri' Selfie Is A Hilarious Depiction Of The Working Mothers' Struggles)

Shamita Shetty is also well-connected with her nephew, Viaan Raj Kundra and niece, Samisha Shetty Kundra and we have witnessed tons of adorable pictures and Boomerangs of the actress with them on her IG handle. However, this time around, she has revealed that she has stolen a beautiful thing from her niece's collection. Scroll down to know it!

Shilpa Shetty Reveals What Drew Her To Raj, Calls Him A Phenomenal Father To Viaan And Samisha On December 22, 2020, Bollywood actress, Shamita Shetty took to her Instagram stories and revealed that she had stolen a beautiful bow from her little niece, Samisha Shetty's superb collection. The actress not only shared this adorable confession with her fans but also shared a picture of her wearing the same on her IG stories. In the picture, the actress looked gorgeous in Samisha's cute bow and her beautiful red kurta. Shamita wrote, "When I decide to steal my niece's bow. She has the cutest collection!!! @dreamssbyss" atop the lovely photo. Take a look: (Don't Miss: Sushmita Sen Reacts To Her BF Rohman Shawl's Sizzling Chemistry With Erica Fernandes In 'Maula' Song) 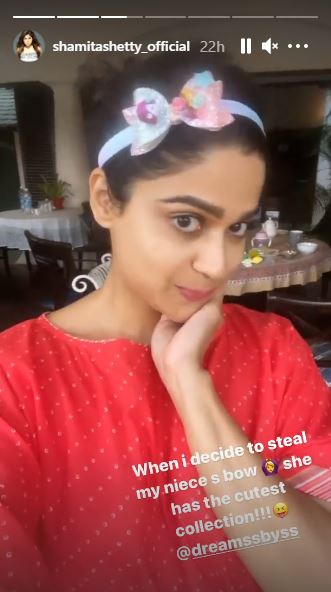 The actress had spent her lockdown with her nephew, Viaan Raj Kundra and niece, Samisha Shetty Kundra and had talked about the same in an interview with Times Now a few weeks ago. The actress had showered her immense love on the little princess, Samisha and had said, "She is exactly a bundle of joy. She is just so cute, touchwood. Every time I see her, there's something different that she is doing. She is growing up so fast. This pandemic really gave me the opportunity to spend a lot of time with her and my nephew. And I am so happy and grateful for that. She is just the cutest little child. Those pictures (first viral photos) do not do justice to her." 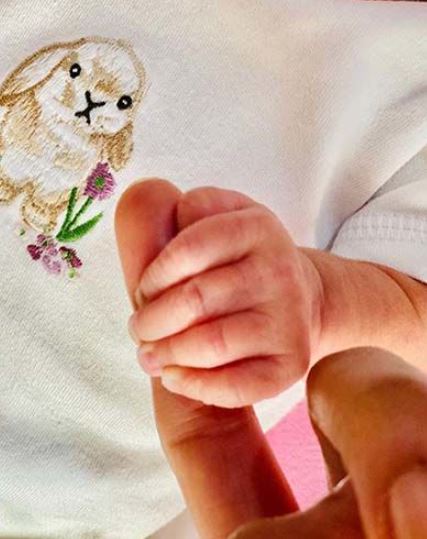 For the uninitiated, Shilpa Shetty Kundra and Raj Kundra had welcomed their daughter, Samisha Shetty Kundra via surrogacy on February 15, 2020, and since then, the couple had kept their newborn daughter guarded against the paparazzi and had shared some partial glimpses of her on their social media handles. But a few weeks ago, the 45-year-old mommy was captured by the paparazzi with her little cotton ball, and it was the first time when Samisha's face was introduced to the world, and it was nothing less than a sight to behold moment! Take a look: (Also Read: Kareena Kapoor's 2016 Vs 2020 Pregnancy Photo Collage With Her Baby Bump, Proves She Hasn't Changed) 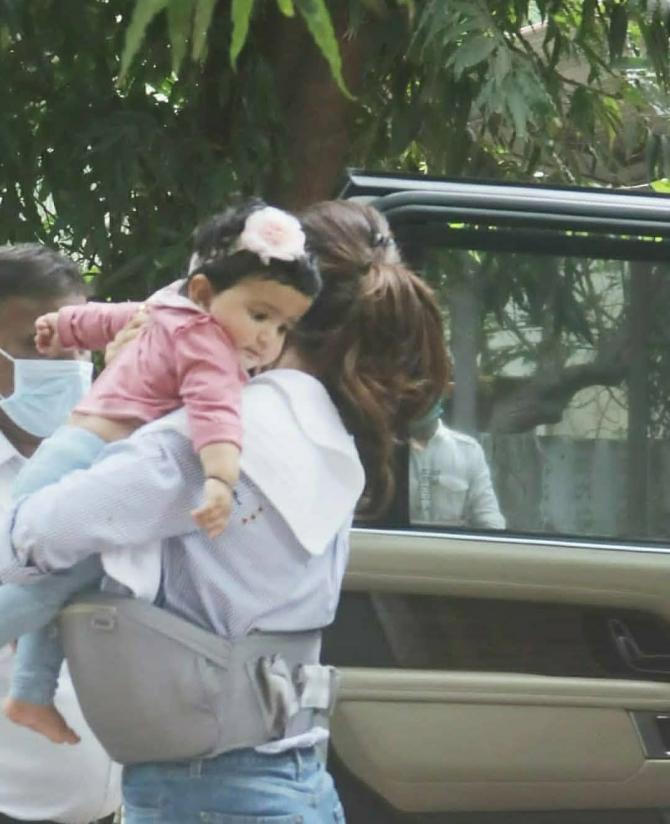 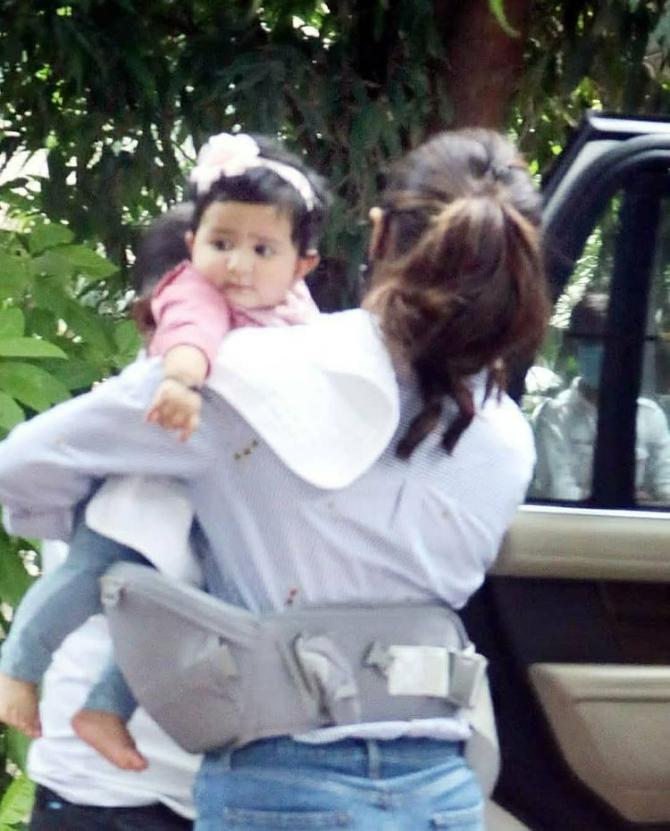 Did you like Shamita's photo wearing Samisha's bow? Let us know! 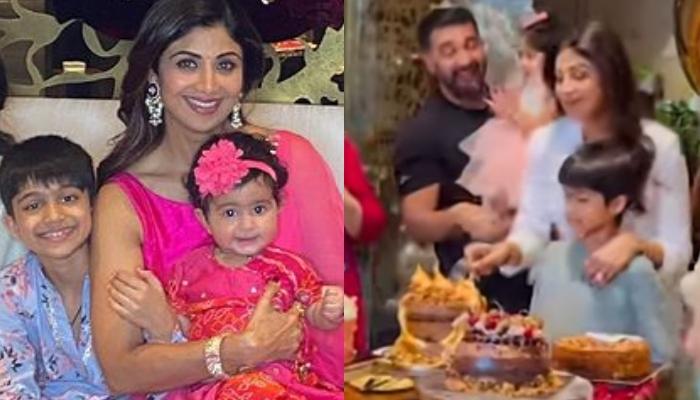 It was in 2012 when Shilpa Shetty Kundra and Raj Kundra had embraced parenthood with the arrival of their son, Viaan Raj Kundra. Viaan's wish to have a baby sister was fulfilled in 2020 when Shilpa and Raj had welcomed a daughter into their lives via surrogacy. Shilpa and Raj's social media feeds