South Indian actress, Shanthipriya confirmed in an interview with a leading news portal that she is in a relationship with ace choreographer, Sandip Soparrkar. Find out!

Popular South Indian actress, Shanthipriya was one of the most gorgeous ladies of her generation. There was a time when she used to work alongside some of the biggest actors in India. From proving the mettle of her acting chops both in the South Indian cinema and Hindi film industry, Shanthipriya has a glorious acting career. However, if reports are to be believed, Shanthipriya is going to portray the character of legendary freedom fighter, Sarojini Naidu in the latter biographical drama. Popular director, Vinay Chandra will be directing the much-awaited film as it will also mark the return of Shanthipriya on the big screen.

While on the professional front, Shanthipriya is gearing up to return to film sets, on the personal front, love made a U-turn in her life. Yes! You read it right. In the latest interview, Shanthipriya talked about her relationship status and admitted that at the age of 52, she fell in love once again. Scroll down to know it all!

Mallika Sherawat Opens Up About Her Relationship With Her Boyfriend, Says 'He's Always Complaining'

Shehnaaz Gill Denies Rumour Of Her Breakup With The Late Actor, Sidharth Shukla 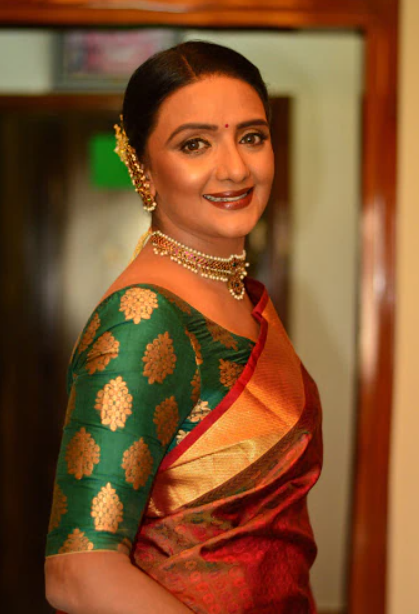 In an interview with Hindustan, Shanthipriya opened up about the ongoing reports of her being in a relationship with ace choreographer, Sandip Soparrkar. The actress confirmed that she is currently dating Sandip, and they're much in love with each other. When the actress was asked whether they were getting married or not. Answering this, Shanthipriya admitted that she and her boyfriend, Sandip aren't thinking about the future at the moment, as their relationship is in the initial phase. Reflecting more on their relationship, Shanthipriya said:

"Yes, we are together. We love each other's families. It (the relationship) is at a very early stage, so I don't want to talk much about it. Let's see what happens in the future." 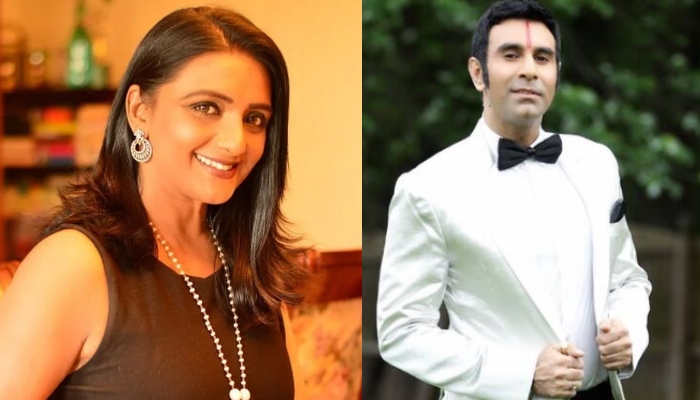 When the news portal, Hindustan contacted famous choreographer, Sandip Soparrkar and asked him to throw some light on his relationship with Shanthipriya. The dancer admitted that he is in love with her and also added that she is a 'genuine' woman. Adding more about his love for Shanthipriya, he explained:

"Yes. We have been seeing each other for a few months. It's a lovely feeling to fall in love. Who doesn't like that feeling? She is a genuine woman, and I love her honesty. However, we don't wish to talk much about it. Hope you respect our privacy."

Don't Miss: Charu Asopa Has No Idea That Rajeev Posted Their Happy Photo, Says They Blocked Each Other On IG 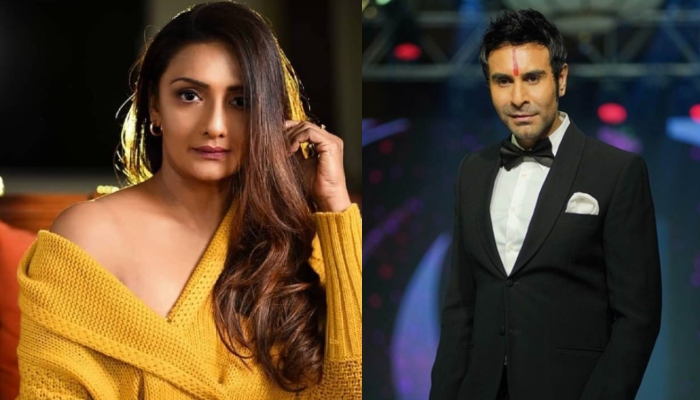 For the unversed, Shanthipriya was previously married to iconic South Indian actor, Siddharth Ray, who was the grandson of legendary Indian actor and producer, V. Shantaram. The couple got married in 1999 and were blessed with two adorable sons after some years of their wedding. However, on March 8, 2004, Siddharth had passed at the age of 40 due to a massive heart attack. Not only Shanthipriya but her current boyfriend, Sandip Soparrkar was earlier married to Jesse Randhawa. The couple had got married in 2009 and had adopted a baby boy after some years of their marriage. However, it was in 2016 when they had got separated and ended their marriage after 7-long-years. It's great how Shanthipriya and Sandip's respective stories with love have been quite the same. What about you? Let us know.

Also Read: Janhvi Kapoor Opens Up On Nepotism, Says 'Made Peace With Audience Never Accepting Me'

Mallika Sherawat Opens Up About Her Relationship With Her Boyfriend, Says 'He's Always Complaining'

Shehnaaz Gill Denies Rumour Of Her Breakup With The Late Actor, Sidharth Shukla