Love is an unpredictable feeling and when you are in the industry which is all about glamour and glitz, it’s not easy to escape the sparks. The leading man of the 70s and even 80s, is none other than Shatrughan Singh. His life was all about two controversial love affairs- Poonam Chandiramani and Reena Roy. As known for being a ladies man, his affair with Reena was the most talked about for a long period of time. 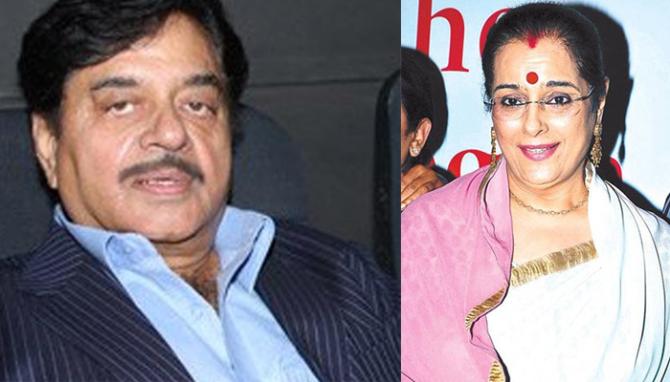 However, as love brings all the twists and turns with itself, Shatrughan Sinha ended up marrying Poonam and Reena ended up tying the nuptial knot with Pakistani cricketer Mohsin Khan. Reviving the years back memories, in a candid interview to a leading Bollywood magazine 'Stardust', when Naseeb actor was asked if he was in love with Reena when he married Poonam, he remarked,

"My strongest emotion at that time was fear. I was very scared. I was happy being a bachelor, but I had reached a point where I was compelled to make the decision. Till the last moment, I wanted to back out. The wedding was in Bombay, I was in London. I caught the last flight which just about brought me in time for the wedding. Poonam was in a state - she thought I was backing out. Poonam has been good to me. If there are any flaws in this marriage, then the drawbacks are mine, not hers." He was a man who was very close to Reena even after he moved on in his life with Poonam. In a years' back interview, he was also asked as to why he does not give her space to move on, Shatrughan retorted with a question,

"What makes you think I did not give Reena the breathing space? But if Miss Reena Roy cares only for Mr Shatrughan Sinha, why should anybody else have any objections? She and her family seek me for companionship, guidance, advice. Just because I am married, does it mean I should ignore them and cast them aside." 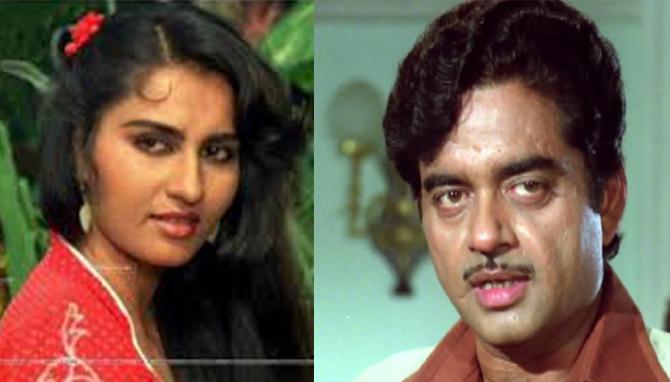 Twinkle Khanna Plays Word Game With Daughter, Nitara, Thinks She Might Beat Her Soon In It

Shammi Kapoor And Geeta Bali's Love Story: From An Unexpected Meeting To An Intimate Temple Wedding

Malaika Arora Talks About Early Marriage And Motherhood, Says 'It Was An Example For Other Women'

When Shammi Kapoor And Geeta Bali's Son, Aditya Had Recalled His Mother's Last 15 Days Of Life

And the reason we all didn’t know till now as to why he did not marry Reena when he was in love with her, Shatrughan was quoted as saying,

"Marriage is not and had never been the solution to a problem. In fact, marriage brings about fresh problems. I meet Reena openly. We are working on many films together, including Maati Mange Khoon, Kali Basti and Dharam Shatru. Recently, I met her at a party and media wrote about it. It was not our first public appearance together, but the press caught us. They mentioned that I didn't get my wife along for the party because of Reena. That's stupid. I did not think that it was right to take Poonam along because media would have made a huge tamasha out of it. And the three of us would have been guinea pigs for the photographers! I am not quite sure where all this is going to lead up to. It is not the society which is preventing me from making a decision. I just need time to make up my mind about what I want to do. I'm strong but not strong enough. I'm bold but not bold enough."

And when asked if he would like to consider having her as the second wife if permitted, he replied saying, "I repeat. Marriage solves nothing. There's more to all this than just marriage."

So this was the reason behind the whole ‘Reena Roy affair saga’ which was a thing of the past for Poonam and Shatrughan.

NEXT: When Reena Roy Threatened To Marry Anyone If Shatrughan Sinha Doesn't Marry Her In Eight Days