Shefali Jariwala's hubby, Parag Tyagi never leaves an opportunity to share how much he misses his wife. When she turned 37 on December 14, 2019, Parag celebrated her birthday all by himself.

Apart from the bone-chilling winters, what do we love the last quarter of the year for? Bigg Boss! Every year, Colors TV brings to its users a unique show, wherein a vast array of stars (previously commoners too), are locked inside the Bigg Boss house and they all fight, plot and romance their way to glory! However, if you think that the game continues only inside the house, then you are wrong. We have often seen contestants’ near ones, supporting them from outside the house. Speaking of this, reminds us of BB contestant, Shefali Jariwala and her hubby, Parag Tyagi. (Do Read: Ananya Panday And Rumoured Boyfriend Kartik Aaryan Clicked Together As They Party Till Early Morning)

We all know Shefali Jariwala from 90s hit one-of-a-kind remix, Kaanta Laga and have swooned over her ever since! The star made her wild card entry quite late inside the Bigg Boss 13 house, but in no time, successfully created a strong foothold for her. And as for the outside, her hubby, Parag Tyagi never fails to make an effort to send truckloads of love and kudos to her, whenever she makes him proud. On November 08, 2019, Parag posted that Shefali is not only the captain of his life and heart but also of the Bigg Boss house then. This had shown how much in awe of, is he of his wife. 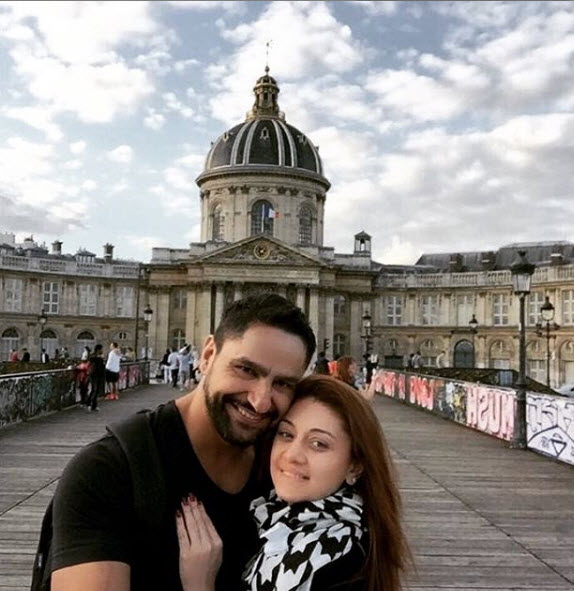 Parag Tyagi never leaves an opportunity to share how much he misses his wife, Shefali Jariwala. And for the same, when she turned 37 on December 14, 2019, Parag, who misses ‘his Pari’ like no one, celebrated her birthday all alone, away from her and even cut a cake on her behalf, which said “Pari Miss U”. The caption that had accompanied the post could be read as “I love you so much, my angel. There are no words that can express how I feel and how much I love you. Happy Birthday my life. When I see u on BB, I feel so so proud.. U r my Tigress & Tigress go get them.” Even former Bigg Boss contestant and Bhojpuri film industry’s superstar, Ravi Kishan had a heartfelt message for Shefali.

Isn’t it heartfelt? Now coming back to Bigg Boss 13, as all of us already know, Shefali Jariwala had entered as a wild card entrant. Before entering the show, there were rumours of her having a possible past stint with co-contestant, Sidharth Shukla. However, it was only later, when Shefali had confirmed on national television that the duo was indeed dating for a brief span. With two exes in the same house haven’t always resulted in something pleasant, Shefali’s hubby, Parag had shared in an interview, if that irked her hubby, Parag. (Must Read: Vivek Dahiya Turns Wife, Divyanka Tripathi Dahiya's Birthday Extra Special With A Dinner Date) 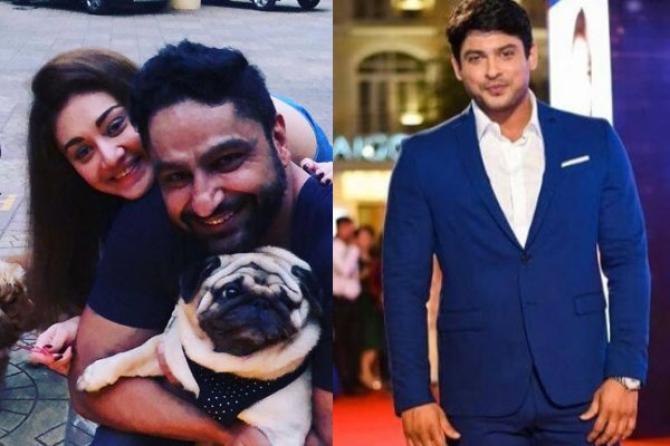 In an interview with SpotboyE, Shefali Jariwala’s hubby, Parag Tyagi had shared if he was well aware of his wife’s past relationship with co-contestant, Sidharth Shukla. The Aghori actor had stated, “Yes, we don't hide anything from each other. It’s not as if she told me about this after giving her nod to participate in the Bigg Boss 13 house. I knew of it since a long time. Shefali had told me that they were together for a very brief period. Everyone has a past and I’m glad that she has always been transparent about her things to me.” 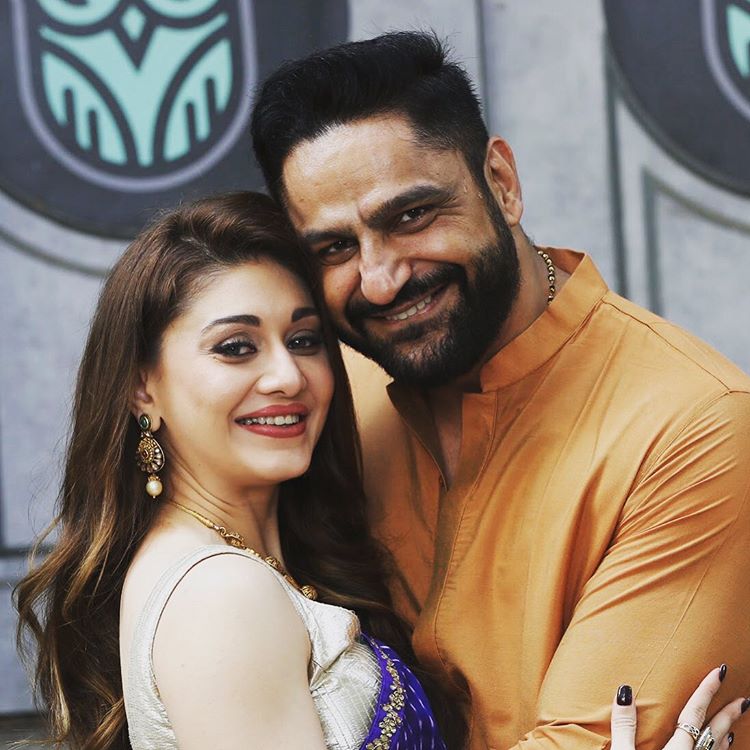 Parag Tyagi had also gone on to reveal his feelings when his wife, Shefali Jariwala had opened up about her past affair with Sidharth Shukla on national television. He had shared, “The best part of Shefali is her ability to be vocal and not hide anything. There are people in the house who have had a past and then there are those who are presently involved in each other but they are still trying to keep it under wraps, even though, the whole world outside knows. So in that case, she makes me feel proud as she accepted it with confidence.” Parag Tyagi had further added, “Agar hum kuch zyada chhupayenge , toh log zyada uchalenge. So it’s better that we accept what’s true on day one and don't give a chance to people to indulge in backbiting.” Then came Parag Tyagi’s big revelation, wherein he shared if he is insecure with wife, Shefali Jariwala and her ex, Sidharth Shukla sharing the same house together. He had revealed, “Absolutely not, as people get insecure when they don't trust each other and I trust her to the core. Believe me, this didn't even occur to my mind that if Sidharth is already there, Shefali shouldn’t go. He doesn't matter to me at all.” (Also Read: Riteish Deshmukh Talks About His First Date With Wife, Genelia, Reveals Their Relationship Song) 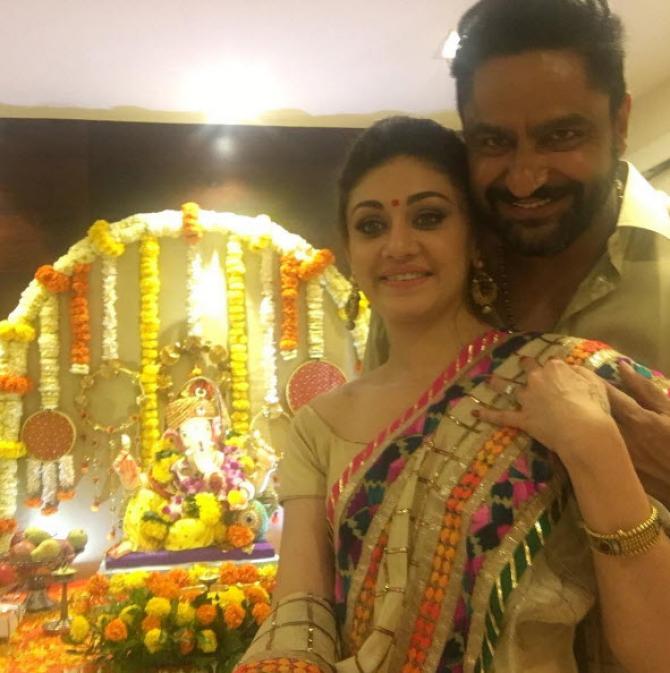 It was in the same interview that Parag Tyagi had revealed that some ‘major missing’ has been happening for him ever since his wife, Shefali Jariwala has gone to the Bigg Boss 13 house and that he feels her ‘absence every second’. He had also stated that he couldn’t sleep the day he had dropped Shefali to the Bigg Boss house. Parag had also shared that he was, in the beginning, worried about how his wife would adjust inside the house but when he sees her on the television, there are no ounces of tension left in his mind. 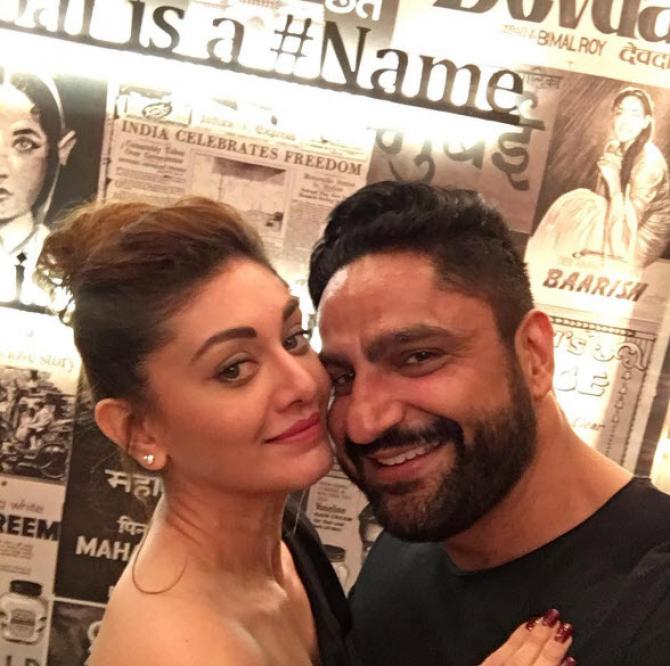 Having said that, wish you a belated happy birthday Shefali!