Whether we talk about her looks or her incredible acting, Shriya Saran is one of the best actresses we have in the country. The actress is widely known for her outstanding performances in South Indian cinema, Bollywood movies and American cinema too. Despite working in a lot of Bollywood films, the blockbuster movie, Drishyam was the one that had made Shriya Saran a household name. The powerful actress had essayed the role of popular actor, Ajay Devgn's wife in the movie and had received a lot of praises and accolades from the critics and fans across the country. (Recommended Read: Arpita Khan Sharma Welcomes Aayush Sharma To The Thirties Club With An Adorable Birthday Wish)

Talking about her personal life, then the actress had gotten married to her longtime boyfriend, Andrei Koscheev in 2018, and since then, we have fallen in love with these two cuties a hundred time. The reason goes to the cute pictures and videos that they share on their respective social media handles. Scroll down to see their latest act of cuteness!

Shriya Saran Shares How She Managed To Hide Her Pregnancy And Daughter, Radha From Public Eye

Shriya Saran Announces The News Of Welcoming A Baby Girl In 2020, Posts Glimpses Of Her Little Angel

Shriya Saran Gets Married To Her Boyfriend Andrei Koscheev, Wedding Pictures Inside! On October 27, 2020, Indian actress, Shriya Saran took to her Instagram handle and shared adorable selfies with her husband, Andrei Koscheev. The couple has shown their teenage side in the pictures as they posed for the camera with different expressions in all eight photos. While some pictures are beautiful, some are hilarious too, but it tells us everything about the sort of chemistry and bond they share with each other. Along with the selfies, Shriya wrote, "Just like that" in the caption. Take a look: (Don't Miss: Mandira Bedi Reveals Where They Found Their Daughter, Tara And The Bond She Shares With Brother, Vir) 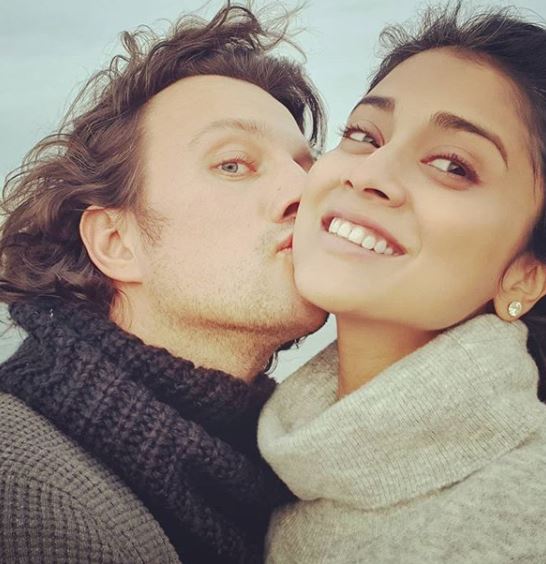 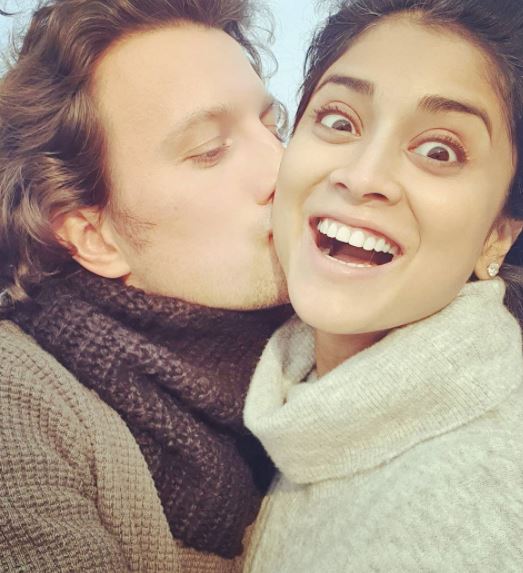 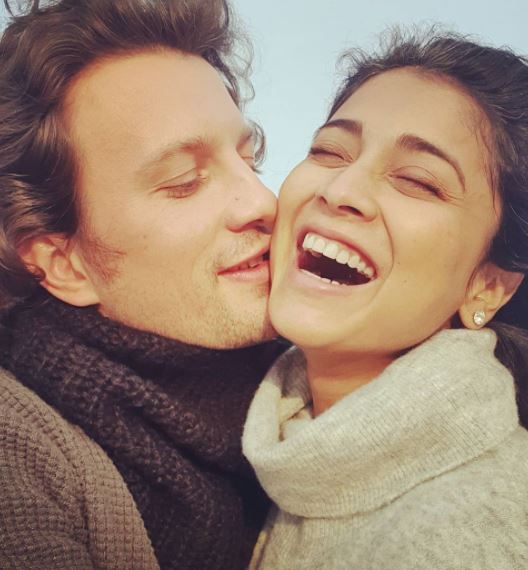 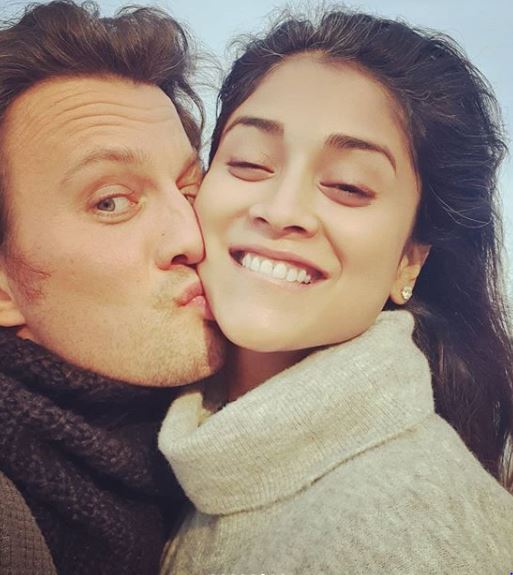 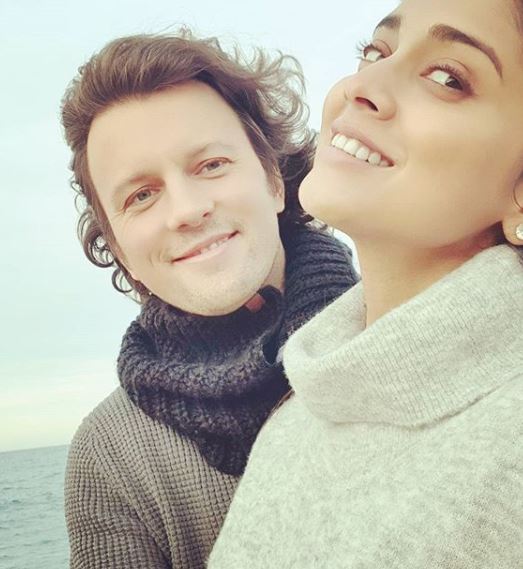 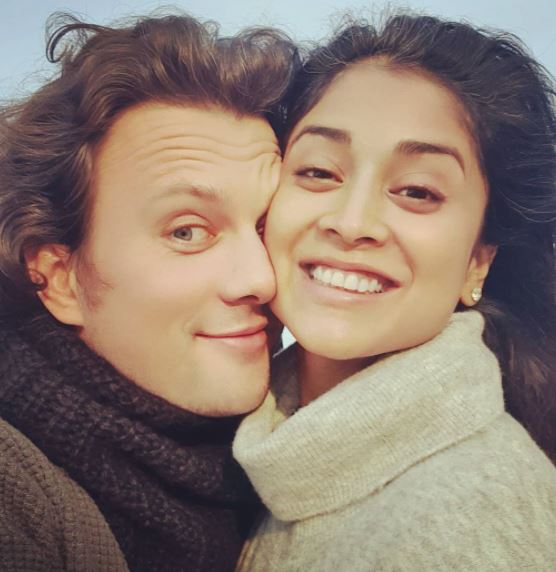 At the moment, the gorgeous actress is living peacefully with her husband, Andrei Koscheev, in Spain. Back in the month of April, the actress had revealed in an interview with The Times of India that her husband had shown symptoms of COVID-19. She had said, "Andrei began to develop a dry cough and fever. We rushed to a hospital, but the doctors were overwhelmed and urged us to leave. 'The chances are that even if he doesn't have Covid-19, he will get it if he stays here,' the doctors told us. So we decided to go home and self-isolate ourselves and get treatment at home. We slept in different rooms and maintained a safe distance from each other. Thankfully, he's feeling better now, so I hope the worst is behind us." 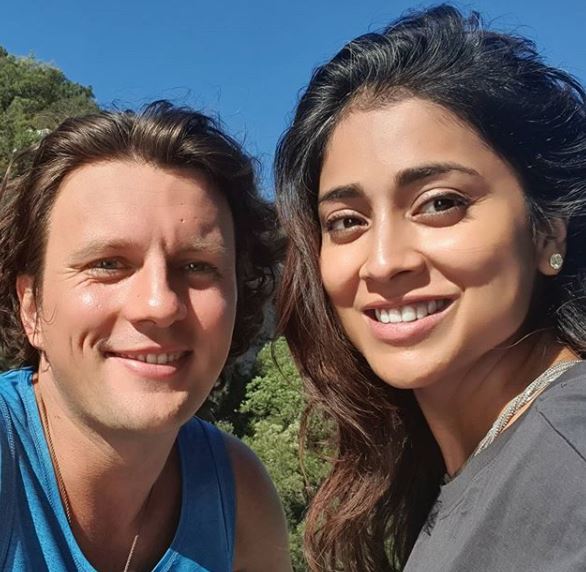 In the same interview, Shriya had also revealed that it was their second marriage anniversary on March 13, 2020, when they had realised the seriousness of COVID-19 in Spain. She had revealed, "We had made a reservation, but when we got to the restaurant, we saw that it was shut. That's when it dawned upon us that things are really serious; the whole of Spain was under lockdown. From then on, everything changed. The police passed a rule allowing only one person per household to step out and that too only if unavoidable. In fact, Andrei and I were once stopped by the cops, but since he is white and I'm brown, they didn't realise we were together, so they let us go." (Also Read: Kareena Kapoor Flaunts Her Baby Bump As She Twins With Sister, Karisma For A Shoot At Home) Did you like Shriya and Andrei's adorable selfies? Let us know!

Shriya Saran Shares How She Managed To Hide Her Pregnancy And Daughter, Radha From Public Eye

Shriya Saran Announces The News Of Welcoming A Baby Girl In 2020, Posts Glimpses Of Her Little Angel