Ankita Lokhande and her husband, Vicky Jain are all set to be seen next in the show, 'Smart Jodi'. However, Ankita is getting trolled for her recent statement about Vicky in the show's latest promo.

Television actress, Ankita Lokhande had become the talk of the town when she had tied the knot with her longtime boyfriend, Vicky Jain, in a grand ceremony on December 14, 2021. Even to this very date, their fans are still drooling over unseen pictures from Ankita and Vicky's mehendi, haldi, shaadi, sangeet and reception. However, not everybody is delighted to see Ankita and Vicky leading a happy married life, and thus, the actress was trolled once again.

For the unversed, Ankita Lokhande and Vicky Jain are all set to feature in a brand new couple reality show, Smart Jodi. The show will test Vicky and Ankita's understanding, chemistry and trust in their relationship. Their massive fanbase is super-excited to see them together for the first time, as it also marked Vicky's acting debut, who is a businessman by profession. The show's makers released a promo of the same earlier today on their official Instagram handle.

Ankita Lokhande Shares A Stunning Picture With Her Boyfriend, Vicky Jain And Calls Him 'Precious'

Recommended Read: Neetu Kapoor Gets A Tight Hug From Daughter, Riddhima, Posts Glimpses Of Kapoor Clan's Get Together

The latest promo of the upcoming show, Smart Jodi is doing rounds on social media and is receiving mixed reactions from the viewers. In the promo video, Ankita Lokhande can be seen heaping immense praises on her husband, Vicky Jain. The gorgeous actress revealed that when she was going through one of the worst phases of her life, her then-boyfriend, Vicky was the one, who had supported her. She also added that Vicky introduced her to a whole new meaning of love. Ankita further admitted that no one in her life had loved her like the way her life partner, Vicky, has. Ankita said:

"I was going through a very bad phase. Every girl needs a partner who stands by them in their most difficult times, and when Vicky proved he was there for me throughout. I used to have different ideas of love that it should be a certain way, but thanks to Vicky, I've understood a new definition of love. No one has loved me like the way he has."

Well, Ankita Lokhande's beautiful statement about her husband, Vicky Jain, didn't go well with some netizens, and they were quick to troll her emotionally by bringing her late ex-boyfriend, Sushant Singh Rajput's name in the context. From cursing Ankita's husband, Vicky, to reminding Ankita of Sushant and trolling her for not being loyal to the late actor, netizens tried their best to disrupt Ankita and Vicky's happy married life. This isn't the first time when trolls had targeted Ankita Lokhande and Vicky Jain. Time and again, we have seen them trolling and attacking the couple for no reason. For instance, Ankita Lokhande had stirred the internet with snippets from her wedding festivities with her longtime boyfriend, Vicky Jain. While some fans were excited to see Ankita's wedding photos on social media, a few users trolled her for oversharing them. In an interview with The Indian Express, the actress had lashed out at the trollers and had also given a witty reply. She had said: 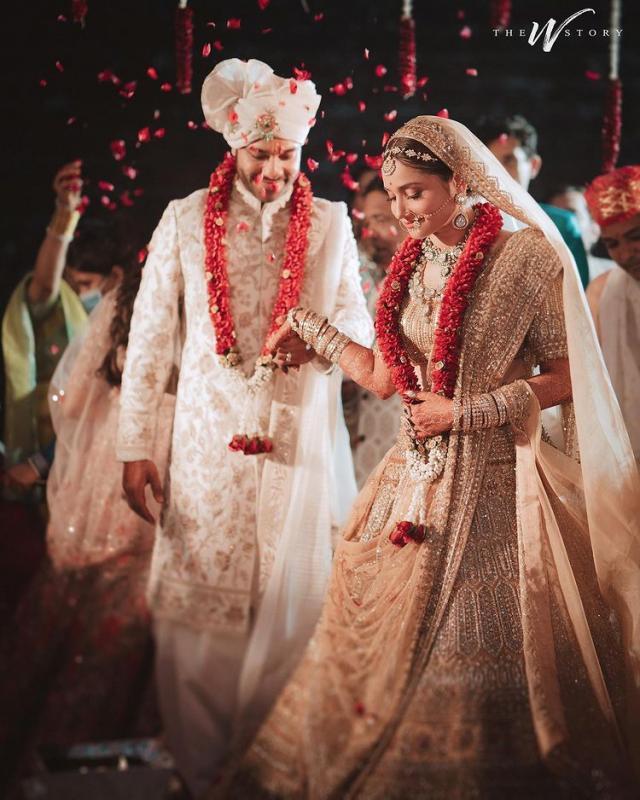 Are you excited to witness Ankita Lokhande and Vicky Jain coming together for the first time on television in the show, Smart Jodi? Let us know! Popular television actress, Ankita Lokhande and her darling hubby, Vicky Jain are one of the most adored couples in the industry. From winning the first season of the reality show, Smart Jodi to buying a house or going on a vacation, the duo fills our hearts with their mushy glimpses. In addition, Ankita is