Smriti Khanna took to her IG handle and shared adorable pictures with her baby girl, Anayka.

One of the television industry's gorgeous couples, Smriti Khanna and Gautam Gupta, had embraced parenthood's journey on April 15, 2020, with their little angel's arrival. The couple had gotten blessed with a baby girl whom they have named, Anayka. Since then, the lovely couple's IG handles are hijacked with the pictures of their little fashionista. In fact, Smriti had also created a separate Instagram page of her baby girl, Anayka Gupta, and it has 27.7K followers.

Smriti Khanna Tried The 'Dog Filter' With Baby Anayka, Her Reaction Is Hilarious [Video Inside]

Smriti Khanna Tries Hard To Twin With Her Daughter, Anayka But She Looks Like Her Father, Gautam

Smriti Khanna's Pooch, Lucas Can't Stay Away From Her Baby Girl, Anayka, As She Caresses Him [Video]

Smriti Khanna's Baby Girl, Anayka Tries To Talk To Her Daddy, Gautam Gupta As He Adores Her [Video]

Smriti Khanna Says Breastfeeding Is A Challenging Task, Thanks Heavens For A Partner Like Gautam

On their baby girl, Anayka's first Fathers Day in 2020, Smriti had shared adorable pictures of her husband, Gautam with their baby girl. In the picture, we could see Gautam holding their baby girl in his arm while Anayka had donned a white sweatshirt with 'Daddy my whole world' written on it. Along with it, Smriti had penned a cute note for the newbie father, which could be read as "@mistergautam it’s been so amazing to see you change and develop into the incredible daddy you are to our girl. It’s made me love you even more (which I thought wasn’t possible). Happy Father’s Day baby! PS don’t miss the last picture of Anayka." 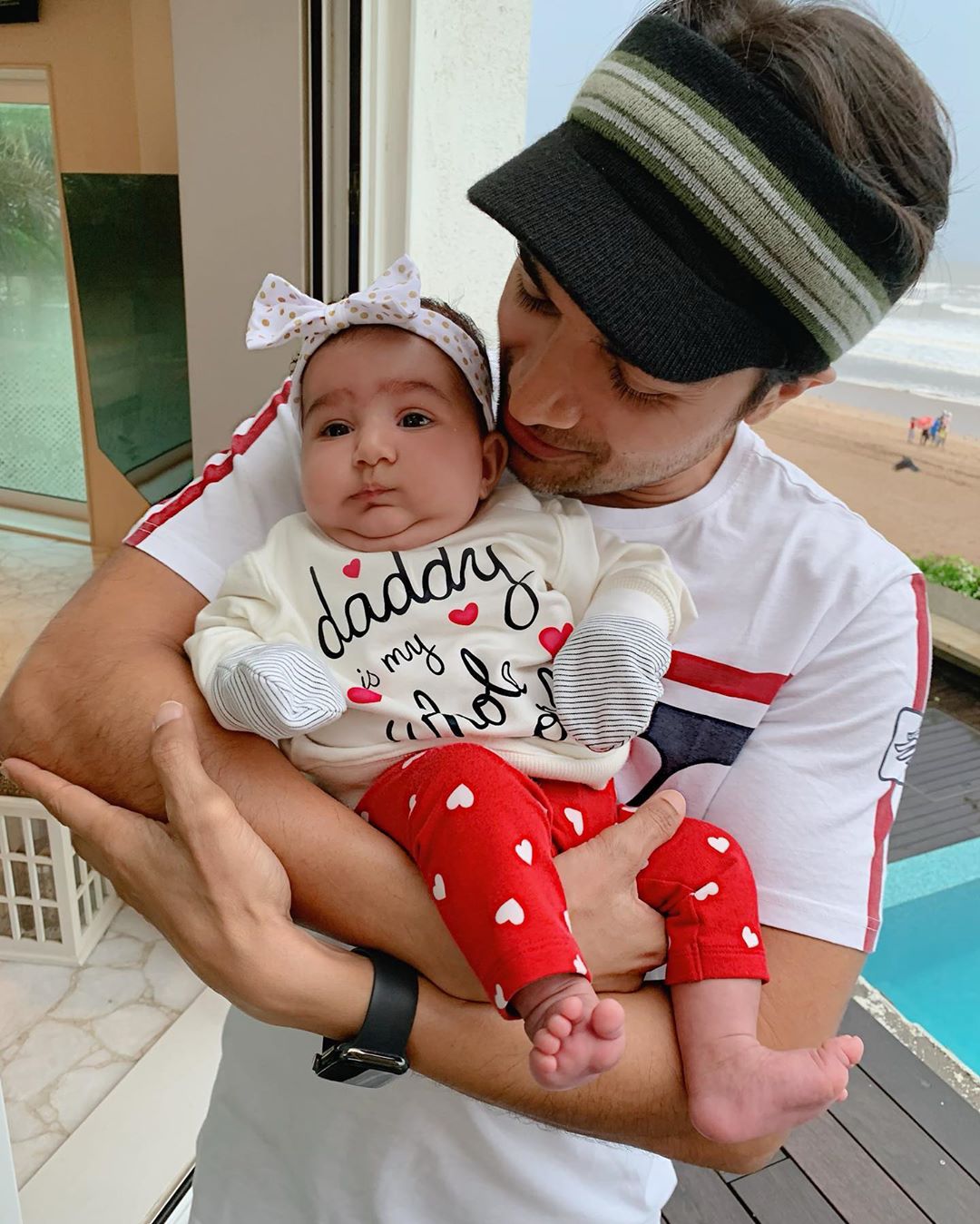 A few moments ago, Smriti Khanna took to her IG handle and shared adorable pictures with her baby girl, Anayka. The mother-daughter duo can be seen twinning in blue tulle frocks. While Smriti looked gorgeous as ever, her little munchkin stole the show. In her caption, the doting mommy called her baby girl 'Japanese doll'. Her caption can be read as "Japanese doll (Made in India)." 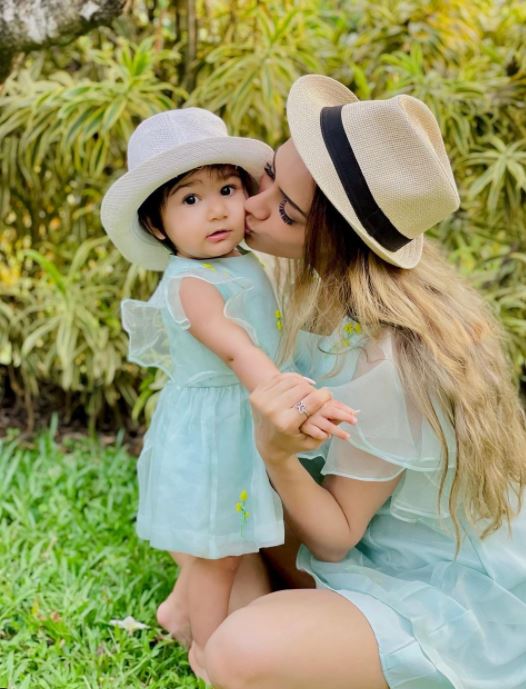 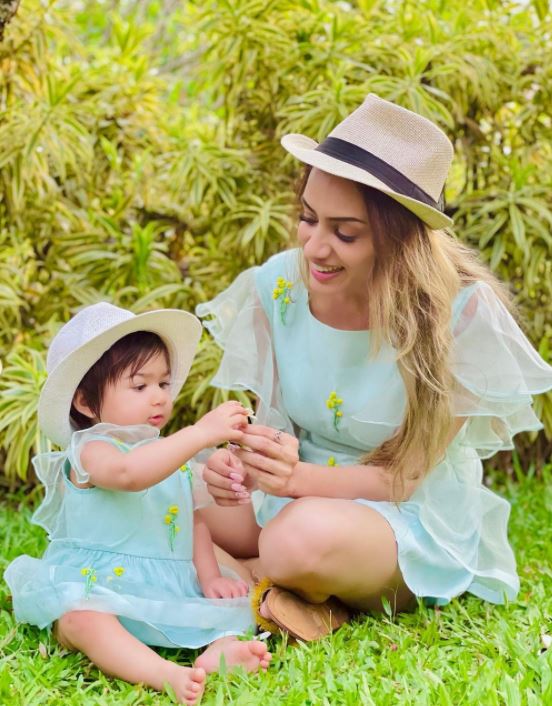 Earlier, in an interview with The Times of India, Smriti Khanna had talked about her weight loss and postpartum depression after the birth of her daughter, Anayka. She had shared, "I have realised that even if you speak good on social media and educate people about pregnancy and mother, haters will still troll you. I felt that people did not discuss much about pregnancy, weight issues, breastfeeding and I feel these topics should come out openly in our society because there are so many myths and women struggle all their life to lose weight." 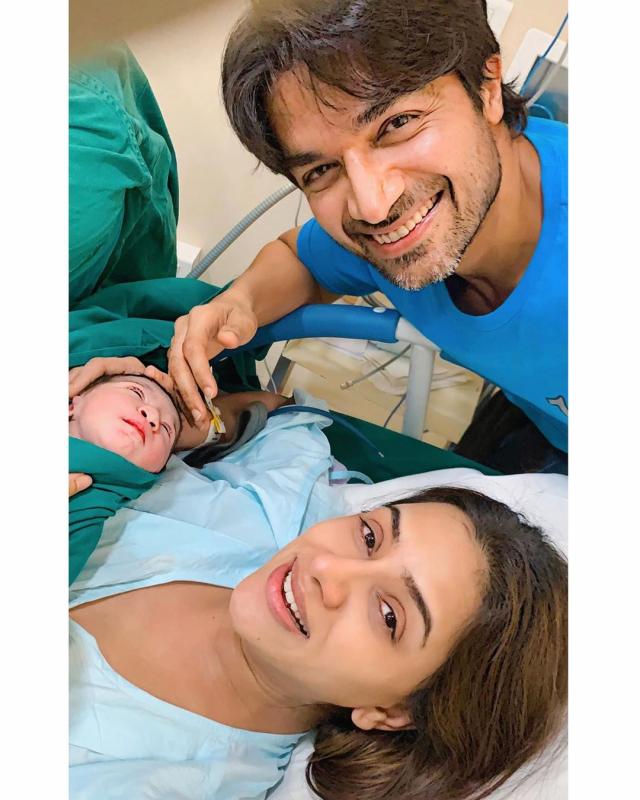 Explaining post-partum depression further, the actress had said," There are so many times that this becomes a matter of depression for them. They stop stepping out because they are not looking a certain way or not fitting into their dress. Some women are scared to get pregnant. There is postpartum depression and it is a big thing and it is not spoken in India." On October 12, 2020, Smriti had taken to her Instagram handle and had proved that she is not a regular mom. The actress had posted a hilarious picture, wherein, we could see her imitating her little angel, Anayka's cute pose. Alongside the picture, Smriti had written, "We learn much more than we can teach them. #parenting #toddlerlife." 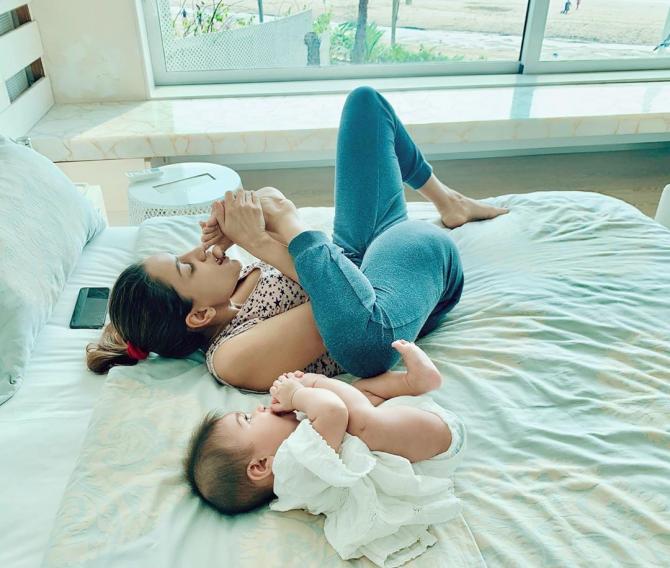 Talking about Smriti and Gautam's baby girl's unique name, the actress had revealed the story of the same in an interview with the Hindustan Times. She had said that it took them 20 days to decide her name. She had further revealed what 'Anayka' means and had added that it denotes powerful and complete. She feels Anayka is an apt name for her daughter. The actress had also said that she had wanted a baby girl and her wish has come true.

Smriti Khanna Tried The 'Dog Filter' With Baby Anayka, Her Reaction Is Hilarious [Video Inside]