On September 26, 2022, Soha Ali Khan shared cutesy pictures of her daughter, Inaaya Naumi Kemmu, performing 'Navratri Puja' at her home. Check it out!

Bollywood's adorable couple, Soha Ali Khan and Kunal Kemmu, love to celebrate every festival with a lot of pomp and show. Being an advocate of modern parenting, the couple tries their best to inculcate the same values in their daughter, Inaaya Naumi Kemmu, and they teach her to respect their traditions. For the unversed, Soha and Kunal had welcomed their baby girl, Inaaya, into their lives on September 29, 2017.

Inaaya knows how to respect all the cultures, and her parents' IG handles are proof of the same. On August 11, 2022, Soha Ali Khan had shared a series of pictures from her daughter, Inaaya Naumi Kemmu's Raksha Bandhan celebration with her cousins, Taimur Ali Khan and Jehangir Ali Khan. The pictures showed Inaaya tying rakhis to her darling brothers and performing the rituals in the cutest way possible. Along with it, she had penned:

Inaaya Naumi Kemmu Is A Book-Lover Just Like Her 'Mama', Saif Ali Khan, Here's The Proof

Inaaya Naumi Kemmu Looks Cute As She Rests Her Head On Her Daddy, Kunal Kemmu's Shoulder 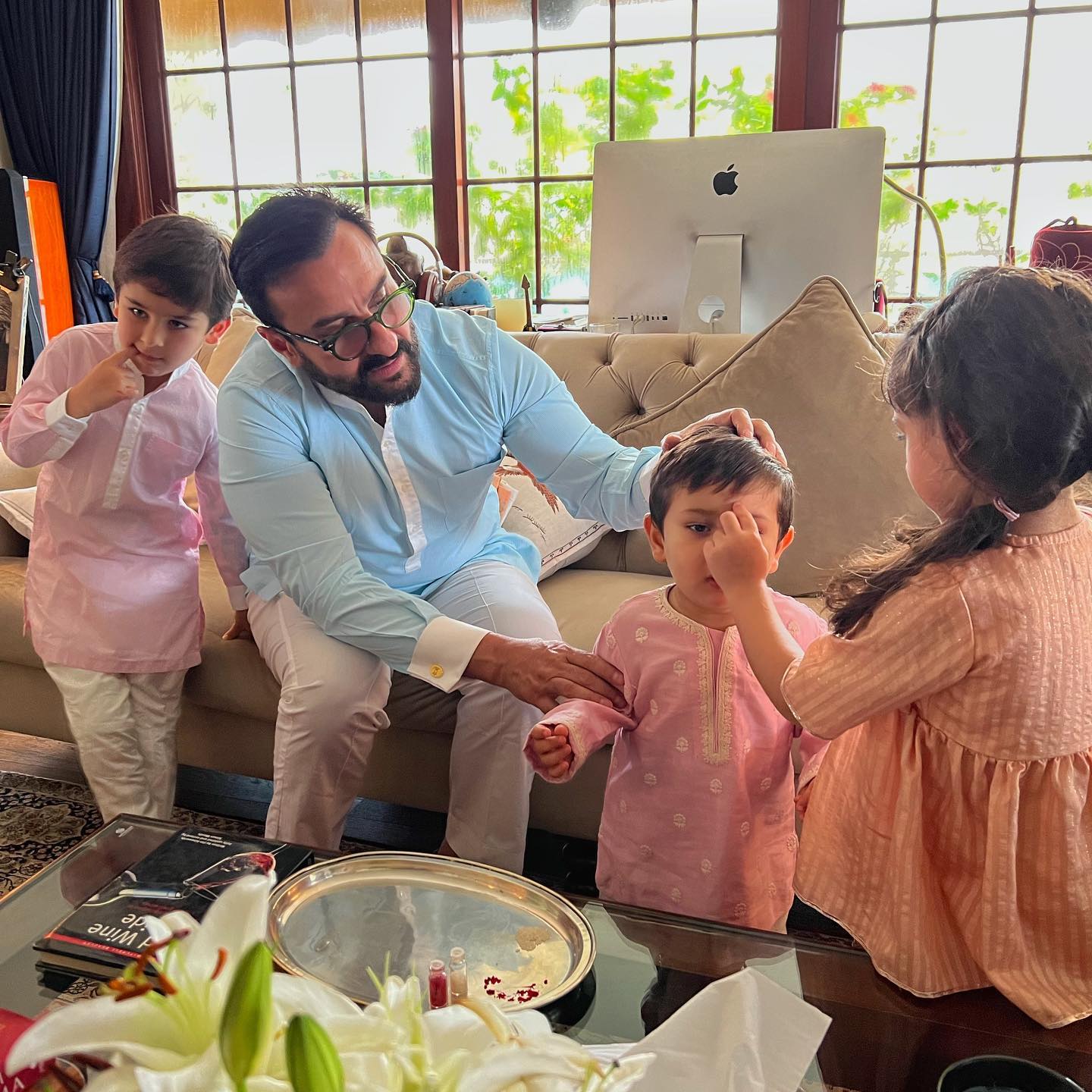 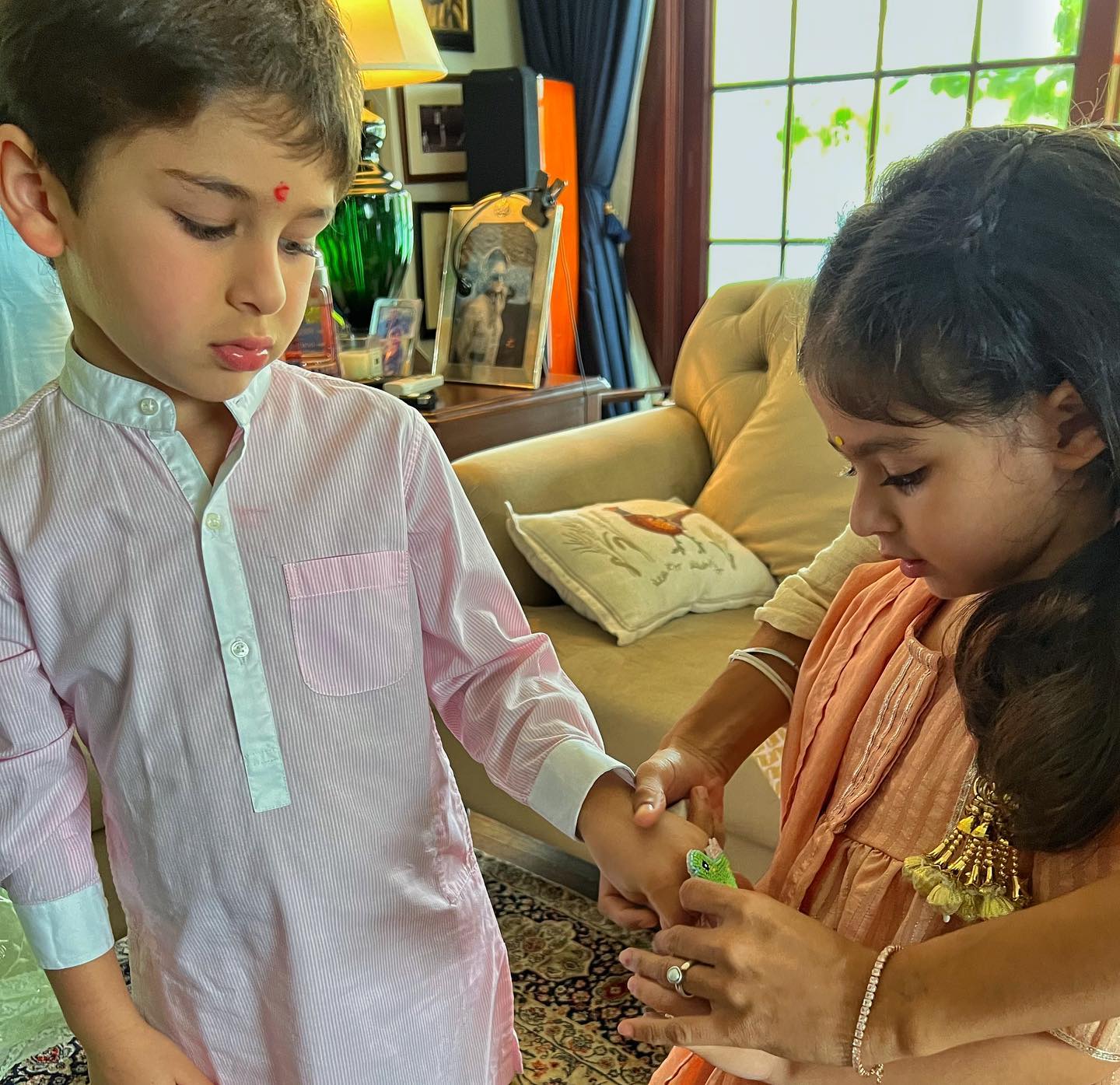 On September 26, 2022, Soha Ali Khan took to her IG handle and shared two adorable pictures of her baby girl, Inaaya Naumi Kemmu. In the pictures, Inaaya can be seen sitting in front of a small home temple, holding a little bell in her hands. The little munchkin looked super-cute in a white-hued lehenga with sequinned embellishments all over it. She styled her look with a dupatta which had gotta-patti work on its hemline. Along with it, Soha penned:

Sidharth Malhotra And Kiara Advani Have Opted For A January Wedding, Here's What We Know

Mahesh Babu Didn't Shave His Head Even After Father, Krishna's Demise Due To This Reason: Report

Soha also shared a video on her IG stories and gave a sneak peek into Inaaya's Navratri Puja. In the video, the little one can be seen sitting with her hands joined and eyes closed, uttering some words. Inaaya was too busy praying that she didn't realise her mommy was recording her. Sharing the droolworthy video, Soha added a 'Happy Navratri' sticker atop it. Check out the screenshots from the same below:

Earlier, in an interview with Tweak India, Kunal Kemmu and his wife, Soha Ali Khan had opened up about modern parenting. During the conversation, Kunal talked about the importance of introducing new concepts to children and mentioned that if parents try to teach their kids something, they would probably not follow it. However, he had added that if parents include those habits in their lifestyle, there is a higher chance of kids adopting them. Kunal could be quoted as saying:

“Any concept that you tell them in a way that you’re trying to teach them something, there is a lesser chance of them doing it. You have to kind of make it a part of your lifestyle, and ease it into them and their lifestyle.” Inaaya never fails to win our hearts with her cuteness. What do you think? Let us know.

Recommend Read: Ranbir Kapoor And Alia Bhatt Have Already Started Fighting As They Prepare For Their First Child