At Rhea Kapoor's wedding, her elder sister, Sonam Kapoor Ahuja broke down into tears. The actress shared pictures and also welcomed Karan Boolani into their family!

No matter you live together or far away, watching your sibling get married is a moment of emotions. Sonam Kapoor Ahuja and Rhea Kapoor have been inseparable, whether in their personal or professional lives. And watching Sonam get emotional at her sister, Rhea’s wedding depicts her pure and immense love for her. Well, Rhea Kapoor had tied the knot with Karan Boolani on August 14, 2021, in a close-knit affair. However, their wedding pictures have been creating a buzz all this while.

For Rhea Kapoor’s wedding, Sonam Kapoor Ahuja had made an entry with her darling husband, Anand Ahuja. For the wedding, she had opted for a pastel blue anarkali suit with a heavily embroidered neck. To accentuate her look, Sonam had added a choker neckpiece, a huge maang teeka, an onion coloured dupatta and a bun surrounded by gajra. Sonam’s husband, Anand Ahuja, had twinned with her in a pastel blue kurta with a blue jacket over it.

Also Read: Mahhi Vij Surprises Her Parents With A New Home, Reveals It Is Her Way Of Showing Gratitude

A few hours back, Sonam Kapoor Ahuja shared a series of pictures on her IG handle from her sister, Rhea Kapoor’s wedding with Karan Boolani. Sharing pictures with her husband, Anand Ahuja, from the wedding ceremony, Sonam wrote, “#everydayphenomenal.” However, one picture from the lot made everyone teary-eyed as Sonam can be seen getting emotional, watching her baby sister, Rhea entering the new phase of her life. Sonam’s hubby, Anand, can be seen standing behind her, holding her hands to console her. 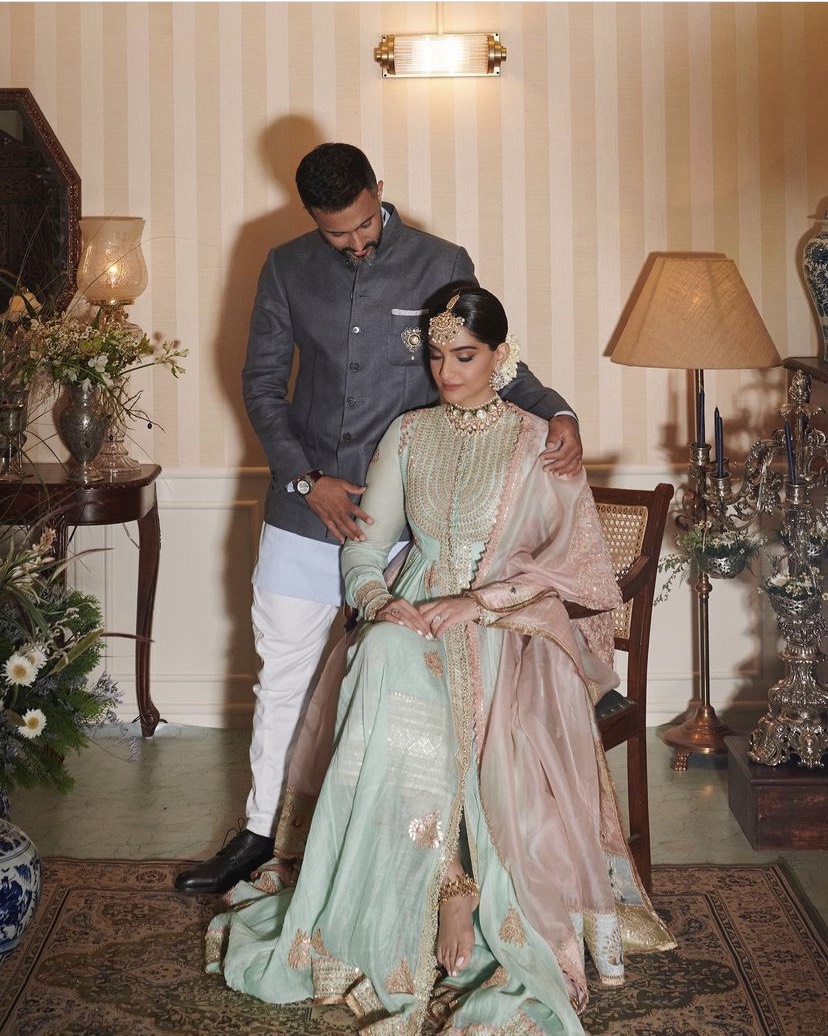 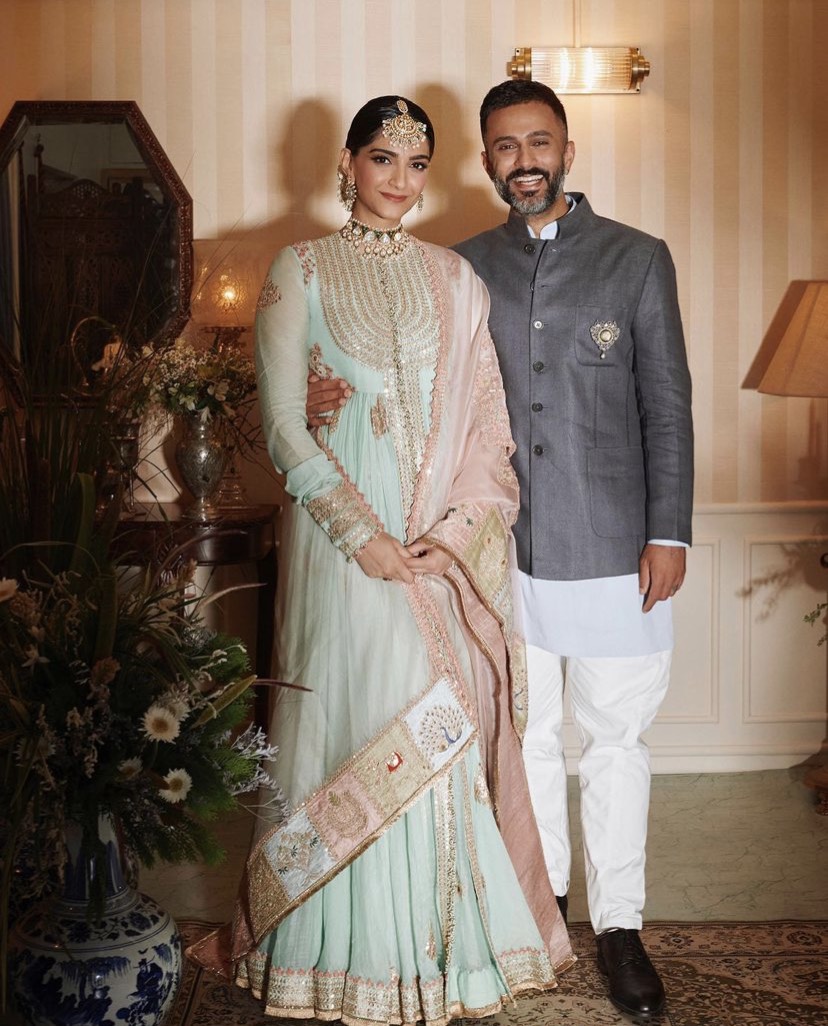 Sonam Kapoor also shared a picture with her brother-in-law, Karan Boolani from the wedding, where the two can be seen striking a royal pose for the camera. Along with the picture, Sonam welcomed Karan into their family. Mentioning that he has always been family, Sonam wrote, “You’ve always been family. Your friendship is even more important than your title of being my brother in-law. But I’m so ecstatic that you are! Love you @karanboolani.”

Recommended Read: Aparshakti Khurana's Wife, Aakriti Ahuja Reveals They Are Going To Be Parents In 10 Days 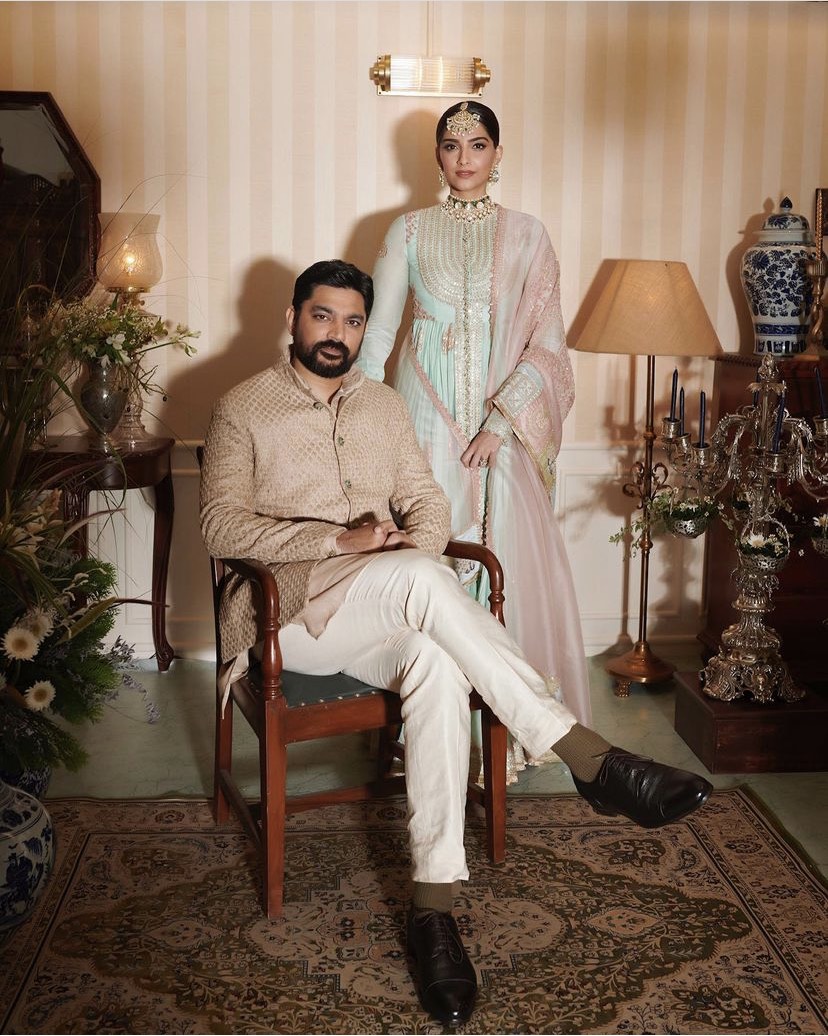 On August 17, 2021, Sonam Kapoor had shared the first-ever picture with her sister, Rhea Kapoor from her wedding. In the picture, Sonam was looking gorgeous as a bridesmaid. Alongside it, she had written, "Side by side or miles apart, we sisters will always be connected by heart. Honoured to be the sister of the most beautiful bride. Love you." 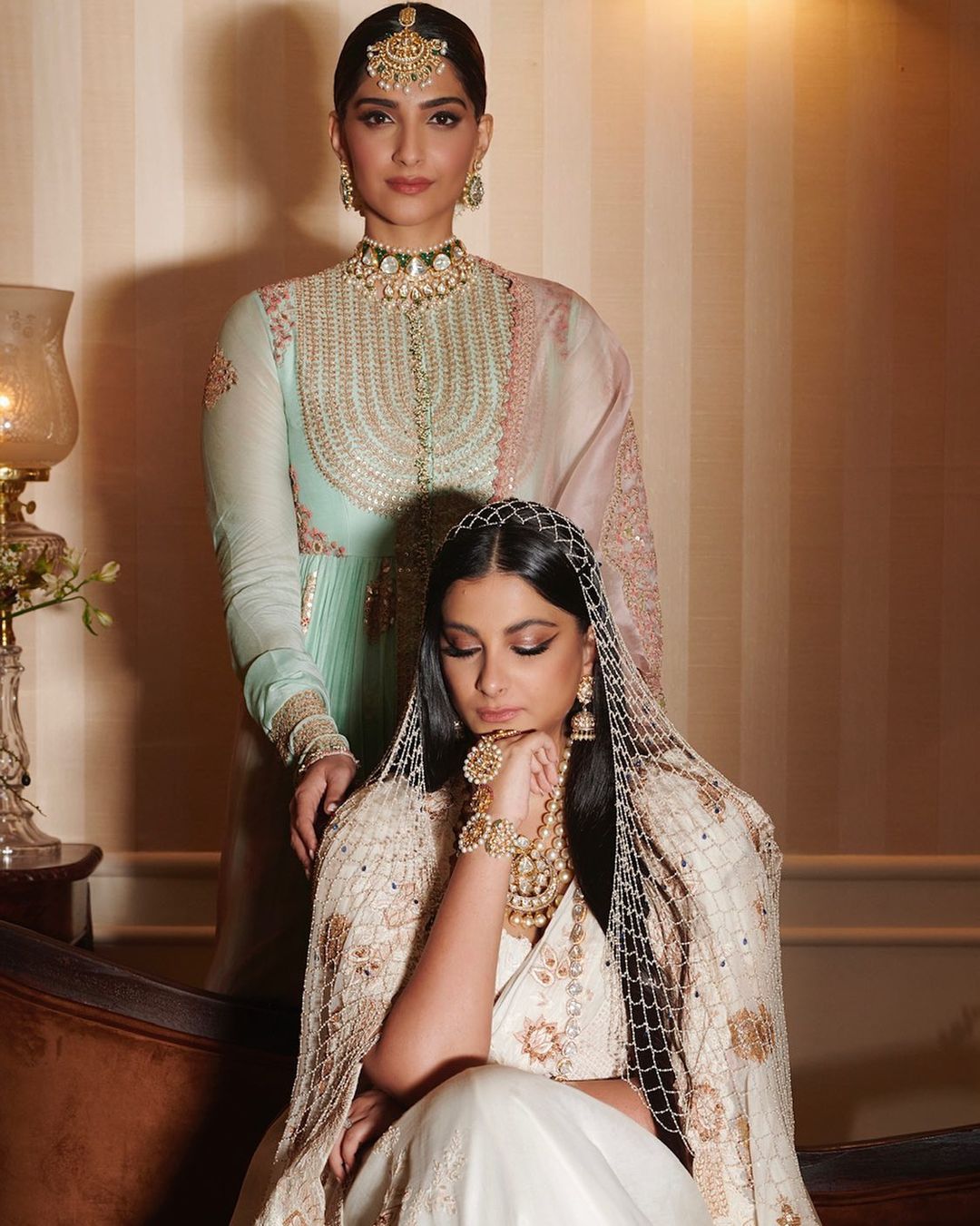 Sonam Kapoor Ahuja and Anand Ahuja’s entry at Rhea Kapoor’s wedding had again ignited the rumours of the couple expecting their first child together. Netizens had presented their views on Sonam’s pregnancy. While one had written, “Is she pregnant???”, another one had commented, “Shes pregnant.. God bless.”

Earlier on July 14, 2021, when Sonam was spotted at the Mumbai Airport after returning from London after more than one year, fans had started wondering if she is pregnant. While she had busted into tears after seeing her father, Anil Kapoor, her outfit choice had started her pregnancy reports. Later, on July 22, 2021, Sonam Kapoor Ahuja had ended her pregnancy rumours after sharing her period details. She had shared a Boomerang on her Instagram handle, stating how she was struggling with the first day of her period. Sonam had written, "Hot water bottle and ginger tea for the first day of my period" atop the Boomerang. On the work front, Sonam Kapoor Ahuja was last seen in the film AK vs AK!

Next Read: 7 Months Pregnant, Neha Dhupia Shares The Difference Between Her First And Second Pregnancy 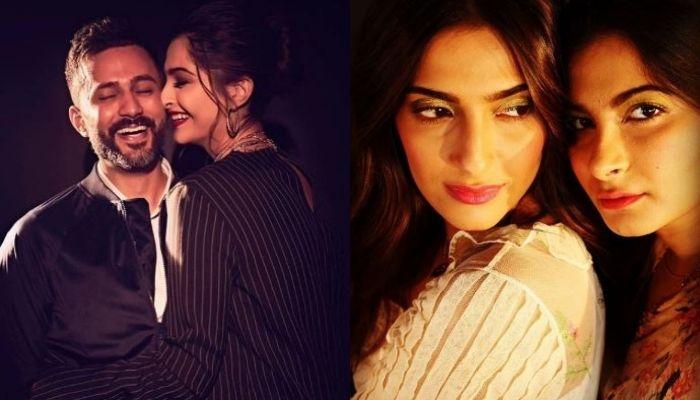 The B-town is buzzing with the happy news of Anil Kapoor’s younger daughter, Rhea Kapoor’s wedding. While her intimate wedding has raised many brows, there is no denying that the happiness on Rhea and her longtime boyfriend, Karan Boolani’s face is worth it all. Rhea Kapoor had tied the knot