Soni Razdan Shares Throwback Pic When She Was 21, Fans Amazed By Uncanny Resemblance With Alia Bhatt

Soni Razdan Shares Throwback Pic When She Was 21, Fans Amazed By Uncanny Resemblance With Alia Bhatt

On June 25, 2019, Soni Razdan posted a throwback picture from when she was 21 and fans can't believe the uncanny resemblance with daughter, Alia Bhatt.

Be it Sara Ali Khan’s comparison with her mother, Amrita Singh for the uncanny resemblance they have or Sonam Kapoor Ahuja looking exactly like her mommy, Sunita Ahuja on her wedding. Be it Janhvi Kapoor donning stuff from her late mother, Sridevi’s wardrobe and looking her carbon copy or Soha Ali Khan being the look-alike of her gracefully aged mom, Sharmila Tagore. Some Bollywood mother-daughter duos have proved that they can be pretty much called, twinsies. Alia Bhatt and Soni Razdan too, fall into this category as they astound us with how eerily similar they look. (Also Read: Khushi Kapoor Flaunting Eye Makeup Done By Janhvi Kapoor Explains 'Ek Hazaaron Mein Meri Behena Hai')

Alia Bhatt, daughter of Mahesh Bhatt and Soni Razdan, has proved her mettle as an actor and we can’t thank the star enough for this superstar to be born. In no time, she has created a niche for herself in the heart of audiences and the love she gets from the nation, cannot be described in words. And her mother, Soni Razdan has, time and again, expressed how proud she is of her daughter. In an interview with BollywoodLife early this year, Soni Razdan had talked about the phenomenal success of Alia and the love she has garnered from the industry. Along the same lines, she was quoted as saying, "Obviously I'm very proud. Proud, Proud and more proud."

Neetu Kapoor Shares Video From The Time When She Was 8 Years Old, To-Be-'Samdhan' Soni Razdan Reacts

Alia Bhatt's Mommy, Soni Razdan Floods Her With Diet Tips As She Fights With Coronavirus On June 25, 2019, Soni Razdan posted a throwback picture from when she was 21 and fans can’t believe the uncanny resemblance with daughter, Alia Bhatt. She captioned her post as, “When I was 21 .... #sigh #youth #whenwewereyoung #thosewerethedays”. To which, her dear friend and Alia’s probable soon-to-be mother-in-law, Neetu Kapoor commented, “So pretty”. Surprised by the uncanny resemblance, some of the fans commented, “Just like Alia”, “Like mother like daughter” and “Ma'am Aalia Bhatt, is your xerox copy!!” 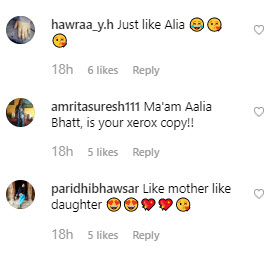 In an interview with Pinkvilla, Alia Bhatt’s mom, Soni Razdan had shared many interesting facts about her star daughter and how proud is she as a parent, of her. Alia, so far, has had a fine ascending career graph in Bollywood. Speaking about the same, her mother, Soni Razdan had shared, “She is my daughter, so I don't want to keep praising her. I think that what she is doing is good and she should continue doing it. Not only she chooses great films, but great films are also choosing her, interesting roles are also coming to her. She is coming to an interesting time in the industry which is ready for actresses like Alia who are doing different things. I think all actresses today are now wanting to do different things." (Also Read: Salman Khan Joins Dad, Salim Khan As They Sing 'Suhani Raat Dhal Chuki' In Their Melodious Best) 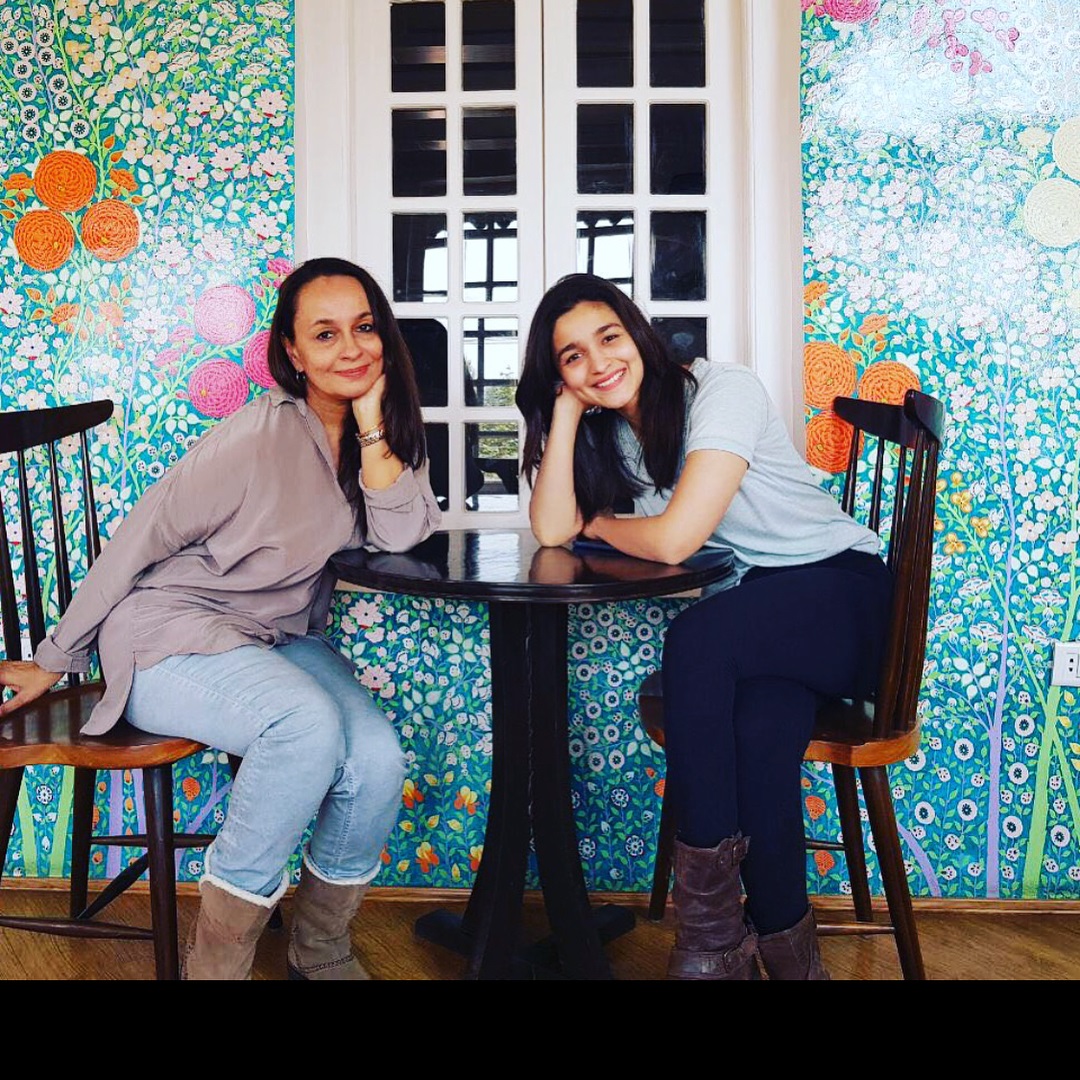 Soni Razdan had continued, “On one level, I also feel lucky that she is coming from this time where there are very one-dimensional roles for women. For example, her character in Gully Boy is such a wonderful character. It's such a role model for young girls. Earlier, nobody wrote such characters. So, you also need somebody who can write characters like that and also somebody who can play them. So she happens to be one person who is able to play these roles. And that's great for her. I hope she keeps on getting better as she is only 26 and as she grows older, she will get better and does more work. As a mom, I am looking forward to it."

On March 15, 2019, Alia Bhatt had turned 26 and her mommy, Soni Razdan had posted a picture with the birthday girl from the midnight bash. Writing a ‘shining’ birthday wish for her not-so-little-girl-anymore, Alia, Soni Razdan had captioned her post, “Happy Happy Birthday sweet Alia ... your light is shining brighter each day ... wish you all the light love and the bestest best of the rest in you life. Keep shining. Love you.” 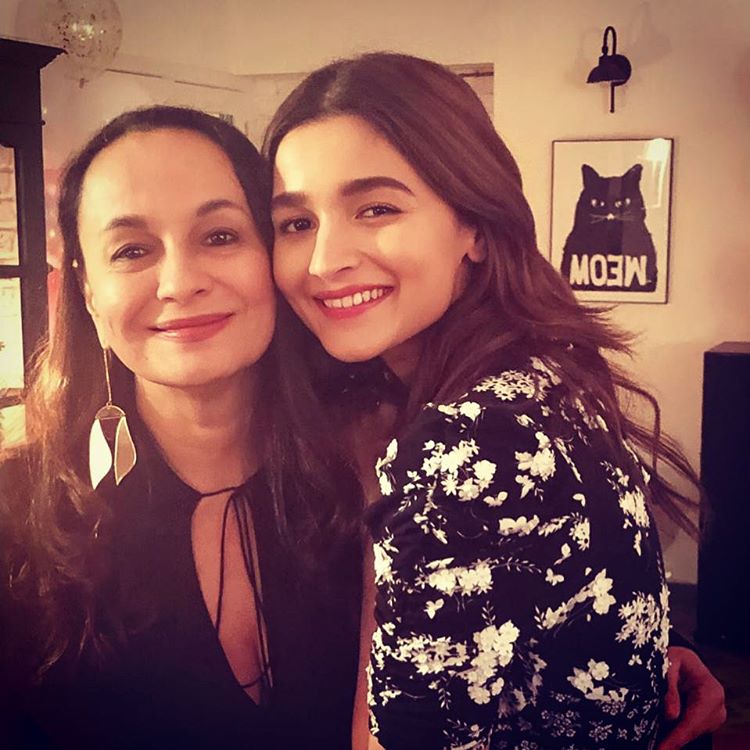 In an interview with India Today, Soni Razdan had admitted that she gave her daughter, Alia Bhatt a normal, middle-class upbringing and never let her think she was a star. Soni Razdan had stated, “I did not bring up my child to think that she was a star. If I had treated her any differently, it would have messed everything up. She was brought up normally, like other kids. In a normal house, and it was a normal middle-class life.” (Also Read: Alia Bhatt, Ranbir Kapoor Enjoy Family Time With Kapoors In New York, Aishwarya-Abhishek Too Join In) 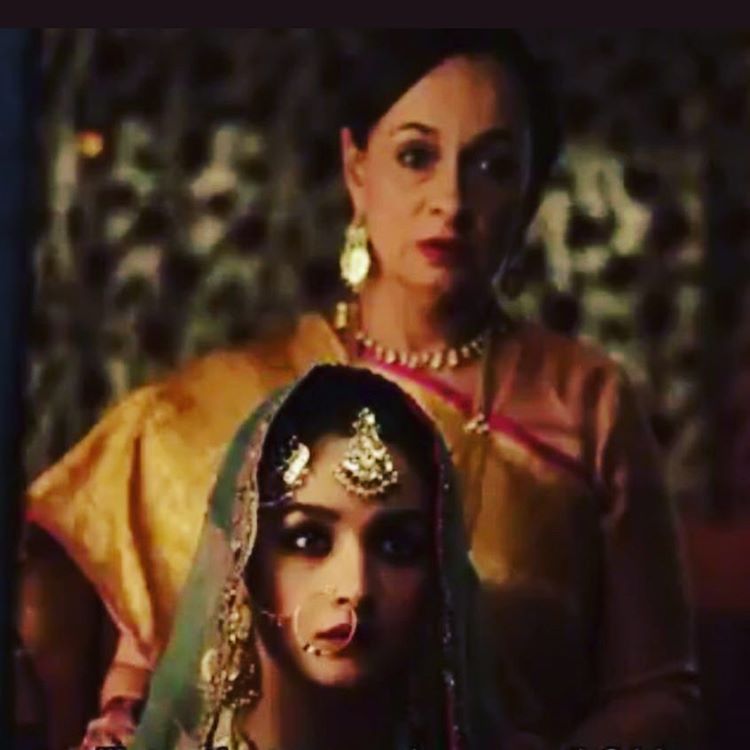 Veteran actress, Soni Razdan has always been one of the classiest and most versatile actresses of Bollywood during her reign. After falling in love with the popular director and producer, Mahesh Bhatt, the actress had tied the knot and had become a proud mother to two daughters, Alia Bhatt and