Famous comedian, Sudesh Lehri's journey to stardom hasn't been easy at all, as there was a time when he had sold his awards to feed his family. So let's take a deep dive into his rare success story!

Popular comedian, Sudesh Lehri's journey from being third runner-up in the comedy show, The Great Indian Laughter Challenge III (2007), to reuniting with his favourite partner, Krushna Abhishek, on the show, The Kapil Sharma Show, has been an inspiring one. Born on October 27, 1968, in Jalandhar, Punjab, Sudesh had no links in the entertainment industry, as everything he had built so far in his life is, the courtesy of his immense hard work and love for acting.

For the unversed, Sudesh Lehri had made his acting debut in the film industry with the Punjabi film, Wagah (2007). Some of his notable films are Naughty at 40, Ready, Jai ho, Great Grand Masti, and Total Dhamaal. However, the television industry has given him everything, as his partnership with Krushna Abhishek on the show, Comedy Circus, had made him a household name. Even though Sudesh Lehri has achieved everything in his career, not many people know the fact that there was a time when he sold his awards to feed his family. Yes! You read it right. Let's dive deeper into his inspiring journey to stardom.

'The Kapil Sharma Show': Neetu Kapoor Reveals Why She Did Not Talk To Hubby, Rishi Kapoor For Months

Kapil Sharma Shares A Video Of Daughter, Anayra On A Viral Song As She Enjoys A Cartoon Show

Krushna Abhishek Reveals How Kapil Sharma's Wife, Ginni Chatrath Takes Care Of Them Like A Family

Recommended Read: 20 Popular Bollywood Comedians And Their Lesser Known Life Partners Who Are Their Inspiration

#1. When Sudesh Lehri opened up about his alcoholic father 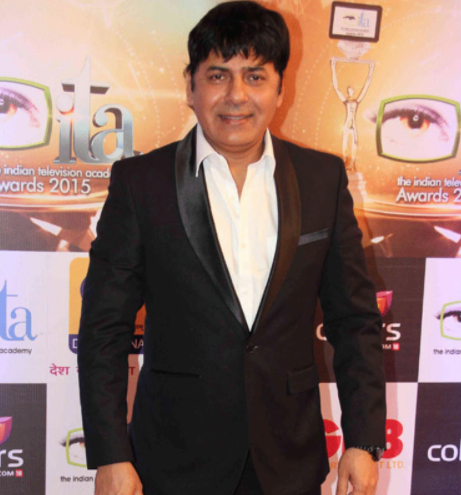 Comedian, Sudesh Lehri prefers to keep his personal life private, which is why not much information about his family background is on the internet. However, it is known that Sudesh Lehri's father was a goldsmith, but alcohol had corrupted him badly. Once in an interview with a leading news portal, Sudesh Lehri had opened up about his father's alcohol addiction and its severe effects on their family's financial condition. He had stated that his father used to earn Rs. 100-200 and used to spend all the money to fulfil his alcohol addiction.

#2. Time when Sudesh Lehri survived on 'salt and water' 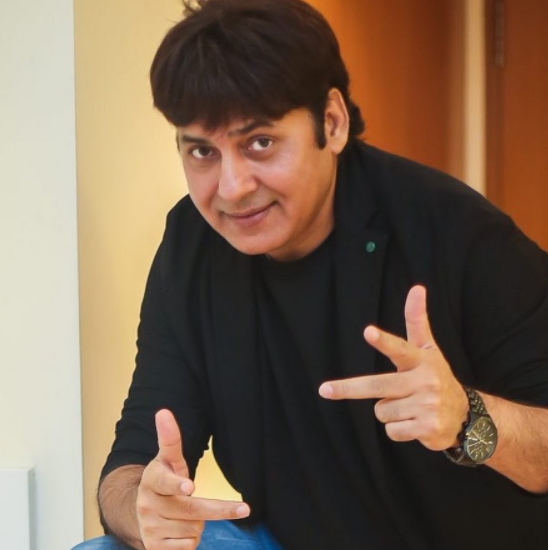 Although Sudesh Lehri is now a renowned face across the nation, and a mere glimpse of him can turn people into a selfie-hungry crowd, it's hard to imagine that there was a time when he didn't have enough money to buy some vegetables to eat. According to a report in ETimes, during his struggling phase, there was a time when Sudesh Lehri had survived on just water and salt, as he used to have roti with either salt or water. One of the most painful things about Sudesh Lehri's struggle story is the heartbreaking truth that he had not even lived a mere moment of childhood. The comedian had started working at a tea stall to support his family. The actor used to earn Rs. 1 through his work, and that's where he had spent most of his childhood, serving tea and cleaning utensils. As a result, Sudesh Lehri had never thought about going to school, and his ultimate mission at that young age was to support his family with his earnings.

#4. Sudesh Lehri used to send his kids to borrow money 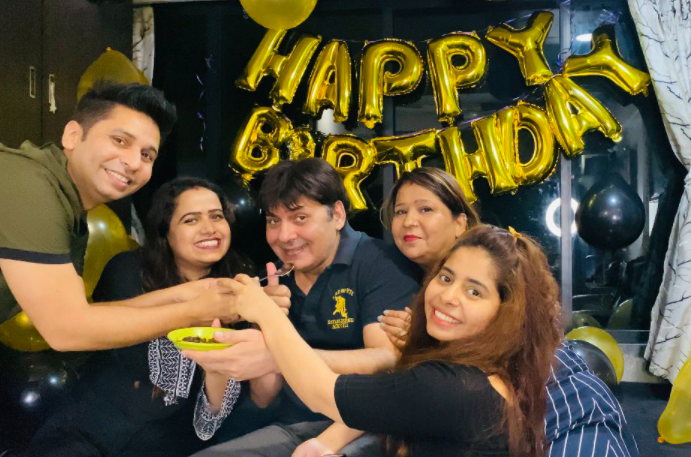 Everyone knows the fact that no one in this world can love you more than your parents, as their love is unconditional. The parents never care about their hunger, pain, happiness, and wishes because their children are everything for them. Such was the case of Sudesh Lehri, who was struggling so badly once in his life that he didn't have enough money to feed his wife, Mamta Lehri and their two kids. 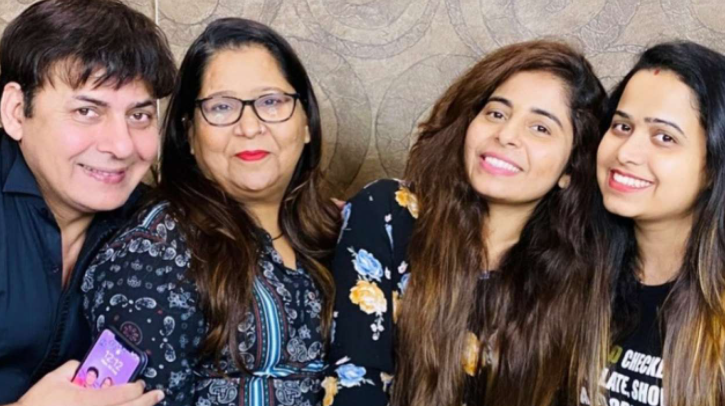 Once the comedian was invited to an event, where someone offered him some dry fruits, and he had brought them back to his home for his hungry kids. However, with time, his financial situation had got worse. After which, he had sent his kids to their known people to borrow some money to buy food for themselves.

#5. Sudesh Lehri was on the verge of selling his house During Sudesh Lehri's financial crunch, there was a time when he had started thinking about selling his house, as no other way was visible to the family. From struggling to purchase food for his children to fulfilling his family's daily needs, Sudesh was completely broken both financially and mentally. Luckily, he had stuck to his guns and had kept on trying to get out of the financial crisis. After some time, Sudesh's constant efforts had paid off, as he had succeeded in getting his family out of the financial crunch. Although no performer solely works for awards. But, understandably, the awards and trophies do hold a special place in any artist's life. Sudesh Lehri had also grabbed many awards and trophies in his career, from doing television shows, live events, and many stage shows. However, the actor had to take one of the most difficult calls of his life when he didn't have enough money to feed his hungry kids and wife. So, the comedian had sold off his hard-earned awards and trophies for a price of Rs. 300-400 to buy some food for his family. Sudesh Lehri had done numerous television shows and films in his career, but there's hardly any doubt in saying that The Great Indian Laughter Challenge III is the one that made him what he is today. The comedian had grabbed the third position in the iconic comedy show, which had brought him immense fame, money, and offers of multiple comedy shows. 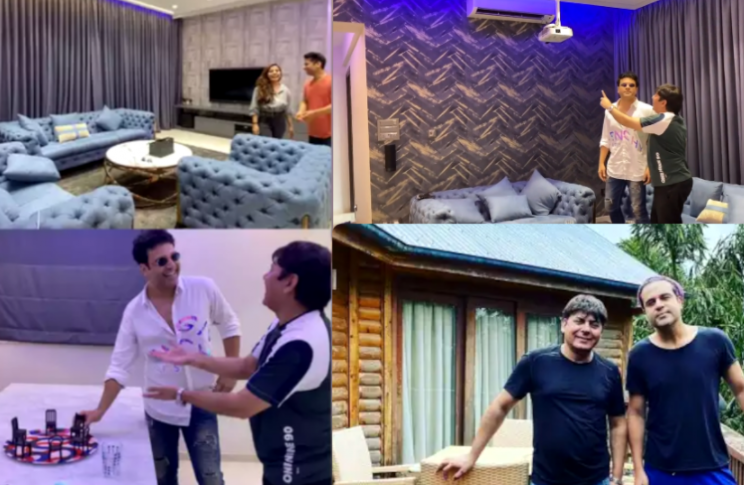 Sudesh Lehri's life, from selling tea to being recognised as one of the finest comedians of this generation, is just a perfect script for a Bollywood flick. Talking about Sudesh Lehri's 4 BHK plush apartment in the centre of Mumbai city, then it is nothing less than a seven-star hotel. The luxurious house features a recording studio, metallic switches, breathtaking decor, and his cute little family. Talking about Sudesh Lehri's family, then he and his wife, Mamta Lehri are blessed with a son and a daughter. Also, his son is married to a gorgeous lady, who never miss a chance to shower her love and care on her in-laws. 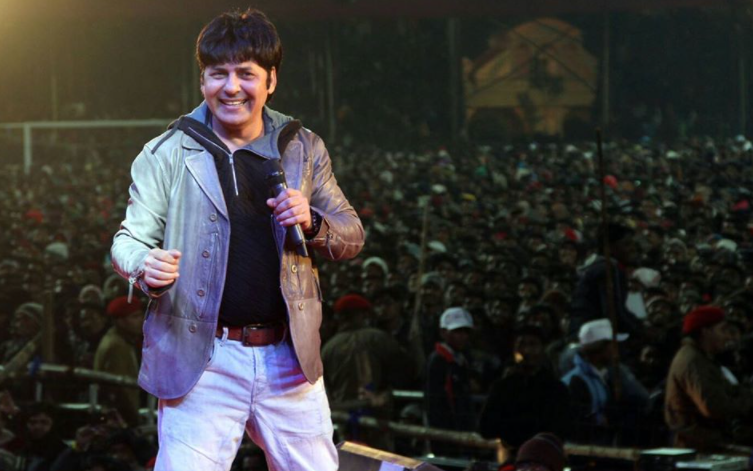 Sudesh Lehri's success story is nothing but an eye-opener of the complexity of life. His story teaches us a lot about the hardships of life and how cruel the circumstances can be. But it also sends the message loud and clear that the key to unlocking any crisis is to keep striving until your last breath.

'The Kapil Sharma Show': Neetu Kapoor Reveals Why She Did Not Talk To Hubby, Rishi Kapoor For Months

Kapil Sharma Shares A Video Of Daughter, Anayra On A Viral Song As She Enjoys A Cartoon Show