Apart from his iconic movies and stellar performances in his blockbuster films, Sunny Deol is madly in love with luxurious cars and also owns some expensive cars in his garage too. Take a look!

Born on October 19, 1956, as Ajay Singh Deol, commonly known as Sunny Deol in a small village named Sahnewal in Punjab to the legendary actor, Dharmendra and his first wife, Prakash Kaur. The actor is the eldest son of Dharmendra and is also the most successful actor in the Deol parivaar in terms of his box office exploits. The actor had made his debut in the film industry with the film, Betaab (1983) opposite fellow debutante, Amrita Singh.

The actor had an average but a quite recognisable start in the industry, and after just seven years of his debut, he had starred in Ghayal (1990), a film that had changed everything for him, as Indian cinema had given him the title of 'Angry Young Man'. After which, Sunny Deol had given some memorable performances in films like Damini, Gadar: Ek Prem Katha, Ghatak: Lethal, Border, Darr, Arjun Pandit, Indian, Apne, Yamla Pagla Deewana, and the list goes on.

Bobby Deol Reveals What Caused The Distance Between Him And His Father, Dharmendra

Sunny Deol Shares Childhood Picture With Sister And Dad, Dharmendra Of One Of Their Pillow Fights

Karan Deol Reveals He Was Bullied In School In The Name Of Dad, Sunny Deol, Shares How It Stopped

Recommended Read: Super-Luxurious And High-End Branded Cars That Are Parked At The Garage Of The Bachchans Residence Sunny Deol has always been in the news for his illustrious career and rarely for his personal life. As the iconic actor has always preferred to keep his personal life private. However, one aspect of his personal life that has gathered everyone's attention over the years is his crazy love for insanely expensive cars. Well, Sunny Deol's love for luxurious cars is something that is in his veins, as his father, Dharmendra, is also quite crazy about cars. The veteran actor has Range Rover Evoque and Fiat 1100. However, his son, Sunny Deol, has carried his legacy forward only, as some insanely high-priced cars are parked inside his garage. Let's take a look at it: One of the most stylish cars in Sunny Deol's high-priced garage is the Mercedes Benz Silver SL500, one of the most famous models of the famous German automotive brand. The supercar is installed with a 5461 cc V-type engine, 339 litres of boot space, and many other jaw-dropping specifications. The price of Sunny's Mercedes Benz SL500 is around Rs. 1.15 crores. Sunny Deol is a huge fan of Audi, and when in July 2017, Audi India had launched the fourth-gen A8 in India, the actor had wasted no time in grabbing one to enhance his elite car collection. The luxury 5-seater car is equipped with a powerful 3.0-litre turbocharged V6 engine. With a horsepower of 250 kW and a fuel tank capacity of 82 L, it is one of the most loved Audi models in the market. Sunny Deol's Audi A8's estimated price is around Rs. 1.57 crores.

You May Like This: Aamir Khan's 5 Most Expensive Cars Collection, From BMW 6-Series To Bentley And More 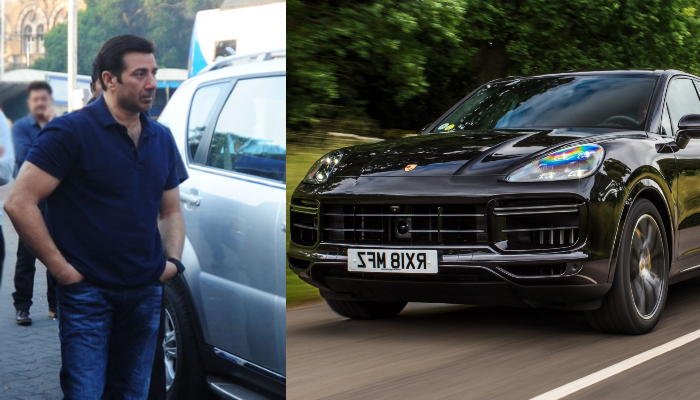 Apart from the common luxurious cars, Sunny Deol also has a Porsche Cayenne in his collection. The German speedster needs no introduction as it is one of the rare, sportiest and full-size SUVs from the German automotive company. Some eye-bobbling features of this car are its 2995 to 3996 cc engine, 456 to 550 bhp torque, AWD drive train, and spacious cabin inside. Sunny Deol had purchased Porsche Cayenne for a price of Rs. 1.93 crores. If there's any car that stands out from the rest of the super-expensive cars parked at Sunny Deol's garage, then it is the Land Range Rover Autobiography that cost him Rs. 2.10 crores. This gigantic car features a luxury 5-seater car equipped with a 2995 cc, BHP of 557.86, automatic transmission, and a boot space of 909-litres. However, the most exciting thing about Sunny's Land Range Rover Autobiography is that it is a bullet-proof car, which makes it the best car in the actor's garage by a distance. 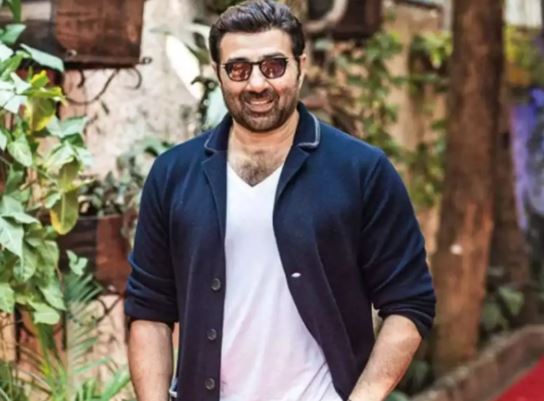 Just like his on-screen image, no doubt, Sunny Deol has some super-muscular cars in his garage, and it clearly shows his crazy love for supercars. Well, on the professional front, Sunny had excited his massive fanbase on Dusshera 2021, when he had released the official poster of the much-awaited sequel, Gadar 2, of his legendary film, Gadar: Ek Prem Katha.

Also Read: From Rolls Royce Ghost To Flats In Palli Hill, Expensive Things Owned By Sanjay Dutt And His Wife

Bobby Deol Reveals What Caused The Distance Between Him And His Father, Dharmendra