Famous interior designer, Sussanne Khan shared picture from her party with rumoured beau, Arslan Goni and his brother, Aly Goni. They were joined by Jasmin Bhasin, Ekta Kapoor, and others. See inside!

Popular interior designer, Sussanne Khan's rumoured relationship reports with Arslan Goni are all over the internet once again, after pictures from their recent party have surfaced on social media. For the unversed, Arslan Goni is the brother of popular television actor and Bigg Boss 14 contestant, Aly Goni. After Sussanne's divorce from her husband and Bollywood superstar, Hrithik Roshan, the gorgeous designer is reportedly in close contact with Arslan, and the two are often spotted by paparazzi hanging out together.

However, the two have remained tight-lipped about the ongoing reports and haven't reacted once to their relationship rumours. Talking about Sussane's divorce, then after one year of her courtship with Hrithik Roshan and 14 years of pure marital bliss, the couple had mutually ended their marriage in the year, 2014. Even after their separation, they share mutual respect and cordial relation with each other. 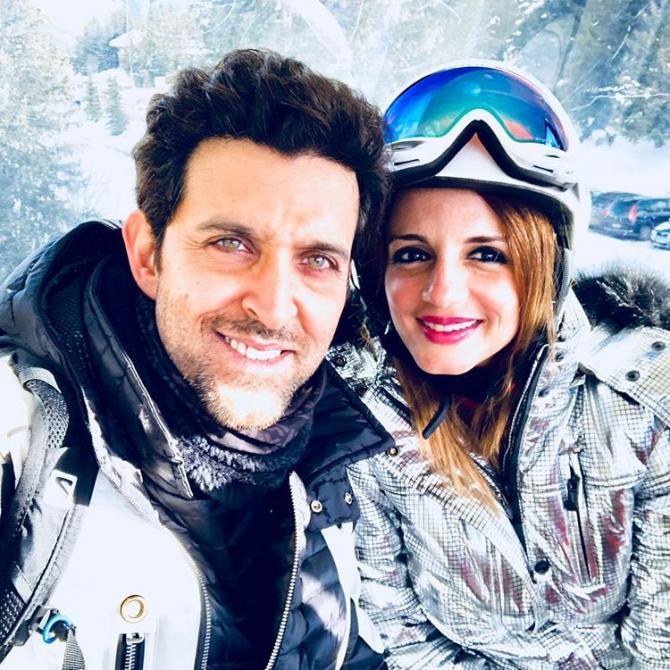 On March 25, 2021, Sussanne Khan took to her Instagram handle and shared a cutesy group selfie from her recent party with her rumoured beau, Arslan Goni and we can also spot his brother, Aly Goni and his girlfriend, Jasmin Bhasin with many others. The star-studded picture features Ekta Kapoor, Ridhi Dogra, Anushka Ranjan, Krystle D'souza, and Shabinaa. The gorgeous Sussanne can be seen taking the selfie and the two brothers, Arslan and Aly posed for the camera with their heads leaning towards each other, giving us some major brother goals. Atop the selfie, Sussanne tagged everyone and wrote, "Shinny happy people #patter Thank you @shabskofficial." However, the stunning picture shared by Sussanne was reposted by her alleged beau, Arslan on his IG handle. Take a look: 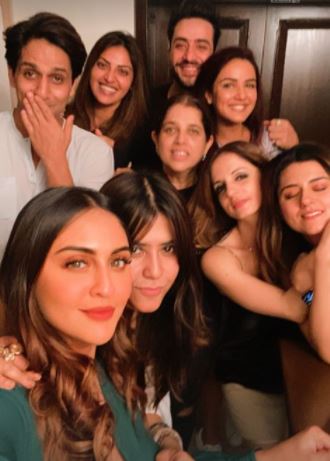 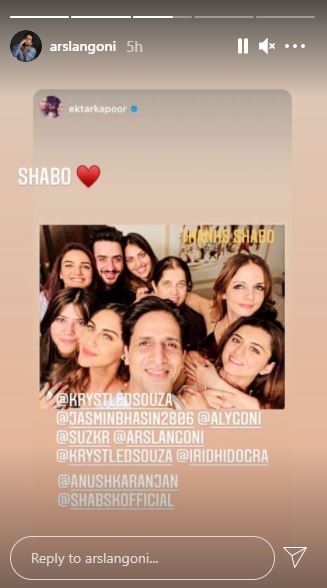 While on one side, Sussanne Khan and Arslan Goni's relationship rumours are leading all the headlines and are undoubtedly the talk of the town. On the other side, Sussanne and her ex-husband, Hrithik Roshan's consistent PDAs with each other on their social media posts are igniting hope in their fans' hearts, who want to see them back together. It was yesterday only, on March 24, 2021, when Sussanne shared a stunning picture collage of her two lovely mirror selfies. Along with the collage, Sussanne wrote, "Sometimes in my head.. I think I am a boy... #wednesdaymood #genderfluid." Within some minutes only, her ex-husband, Hrithik dropped a cutesy comment on her post, and it can be read as "Hahaha nice pic" followed by a clapping emoticon. Earlier this month, as per a report in Pinkvilla, Sussanne Khan is in a relationship with Arslan Goni, after Sussanne has been spotted with Ekta Kapoor's gang time and again because of her growing closeness with the Jia Aur Jia actor, Arslan. Their breweing camaradeire is under the limelight and everyone is talking about this stunning rumoured couple of the entertainment industry. According to the report of Pinkvilla, "They have known each other for more than six months now. They met through common friends from the TV world. But recently, the two have gotten close." The source had further added, "It's evident from their body language that they are more than just friends. Arslan & Sussanne Khan often hang out together with their common friends from the TV industry. Considering that Sussanne went through heartbreak with Hrithik Roshan in 2014, she has been taking things slowly." Do you want to see Sussanne and Arslan together? Let us know!