Tejasswi Prakash took to her Instagram handle and shared a romantic video with her beau, Karan Kundrra. Check out her unmissable cutesy note!

Tejasswi Prakash and Karan Kundrra's saucy chemistry was one of the highlights of the Bigg Boss 15's house. The television actors had met on the show and had immediately felt a connection, which gradually had evolved into a beautiful relationship. Their cute banter, mushy romance and lovey-dovey PDAs in the BB house were loved by all. And their fans even named them lovingly as TejRan.

For the unversed, Tejasswi had won the title and the trophy of Bigg Boss. As soon as BB 15 had ended, the couple has been painting the town red. Once, Karan Kundrra had taken to his IG handle and had shared a cutesy video on his IG stories. In the video, we could see Karan standing outside Tejasswi's house as she was standing on her balcony. The two were seen having a mushy conversation, and their happiness was visible on their face. Check it out below:

Tejasswi Prakash's Mother Approves Karan Kundrra, His Father's Reaction Towards Her Is Unmissable

Also Read: Shahid Kapoor Romances Wifey, Mira, Who Was Seen Lost In His Arms, Calls Her 'The Love Of His Life'

A few hours ago, Tejasswi Prakash took to her IG handle and shared a cute and romantic video with her beau, Karan Kundrra. In the video, we can see a compilation of their few unseen pictures and a glimpse of the warm welcome that she had received at Karan's house. Along with it, Tejasswi wrote a note expressing her love to Karan in 'Punjabi' that can be read as:

As soon as she shared the video on her Instagram handle, her boyfriend, Karan Kundrra, dropped into the comment section and wrote a note dedicating his 'laddoo':

Recently, a few reports have suggested that Karan is not allowing Tejasswi to do intimate or kissing scenes on-screen. Addressing such comments, the actress mentioned that Karan is quite professional and supportive about her work and would never interfere in her work decisions. Tejasswi can be quoted as saying:

"Over the years I have never really had to do such scenes on screen for any of my shows, and even if I have to do something of that sort it will only be when the script requires me to go in that direction. Coming to Karan, he has been in this industry long enough to know that when work calls for a requirement it is important. Karan is very professional and supportive and would never interfere in work decisions related to me". 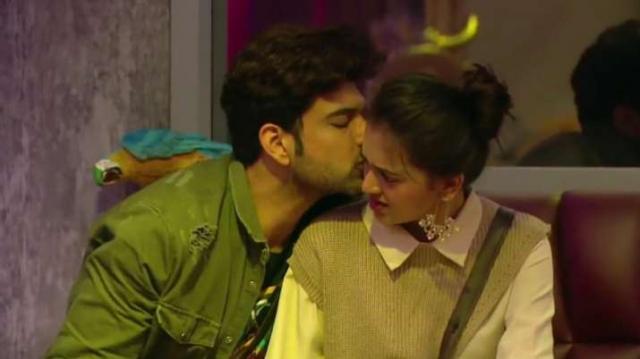 We are in awe of this cutesy video. What about you? 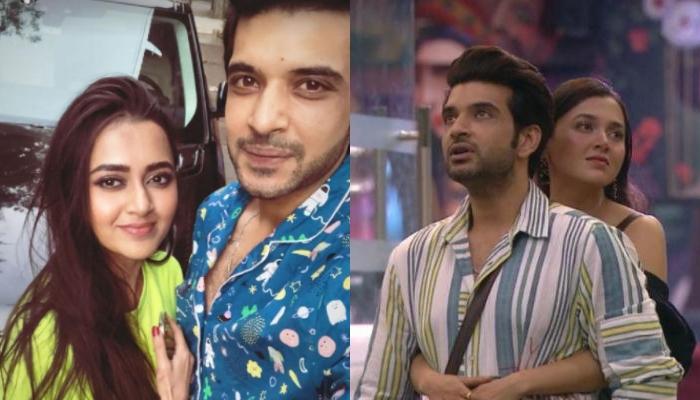 Bigg Boss 15 lovebirds, Tejasswi Prakash and Karan Kundrra, are the hottest and most popular couple in town right now. The much-in-love couple is painting the town red with their cute camaraderie, and their fans can't stop gushing over them! Tejasswi and Karan had fallen in love inside Bigg Boss 15's