There are twins and then there are siblings who have a considerable age gap but look like exact copy of each other. Here is a list of such sibling duos who look like identical twins.

One of the greatest gifts from God is a sibling. They are the ideal buddies someone can possibly have. Siblings are so similar and yet so different. But what if your brother or sister looks exactly like you? Some of the television stars, who we follow, look identical to their siblings.

Neeti Mohan Shares A Cute Video Of Her Son, Aryaveer Getting Pampered By His 'Maasis'

Shakti Mohan Shares A Beautiful Video To Wish Her Sister, Mukti Mohan On Her 34th Birthday

Pregnant Neeti Mohan Is Due In June, To-Be Maasis, Shakti, Mukti And Kriti Mohan Are 'Over The Moon'

Pregnant Neeti Mohan Twins In Yellow With Sisters And Mother, Her Pregnancy Glow Stole The Show

Also Read: Mouni Roy's Past Linkups Before Tying The Knot With Suraj Nambiar: From Mohit Raina To Pulkit Samrat 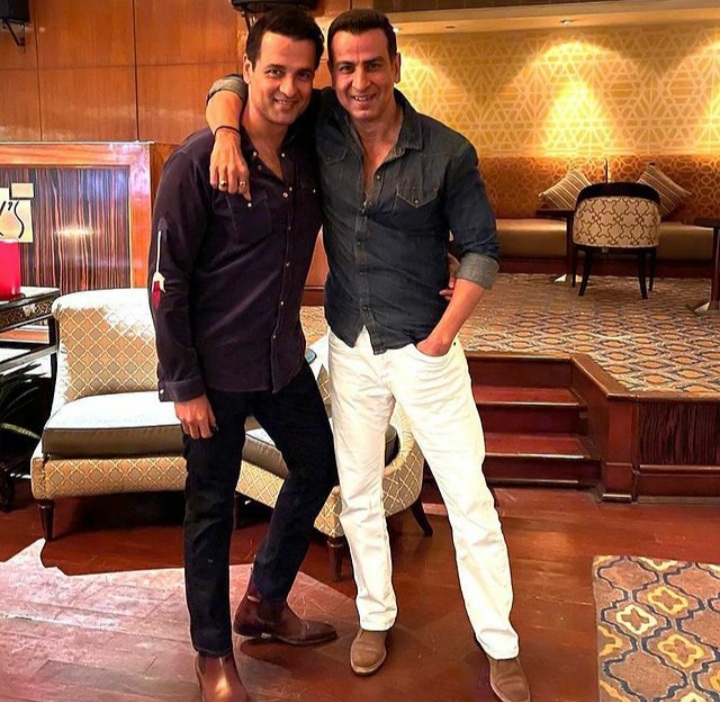 Ronit Roy and Rohit Roy do not require any introduction. They are popular in the telly world and Bollywood industry. In 1992, Ronit Roy made his acting debut with the film, Jaan Tere Naam. Later, his career in television began in 1997 with the show, Bombay Blue. He got a lot of recognition for playing the role of 'Mr. Rishabh Bajaj' in the television series, Kasautii Zindagi Kay. 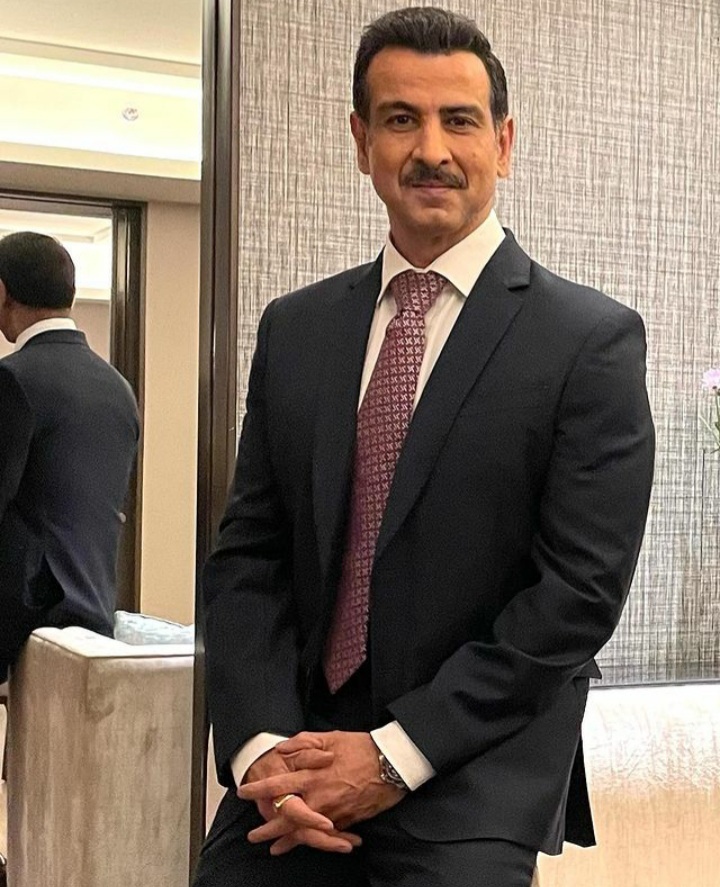 The film, Jazbat, released in 1994, marked Rohit Roy's acting debut. Later, in 1995 the popular show, Swabhimaan marked the beginning of his television career. Not only are the two brothers similar in terms of their fame and careers, but they also resemble one another greatly in terms of appearance. Despite the fact that Rohit and Ronit Roy don't precisely look alike, they certainly resemble one another. In addition to their athletic physique, they both have similar hairlines and facial features. Bharti Singh is an Indian comedian who began her television career in 2008 with the show, The Great Indian Laughter Challenge. The popular comedian and host has a close relationship with her sister, Pinky. But in addition to their relationship and affection, they are connected by a number of shared characteristics. 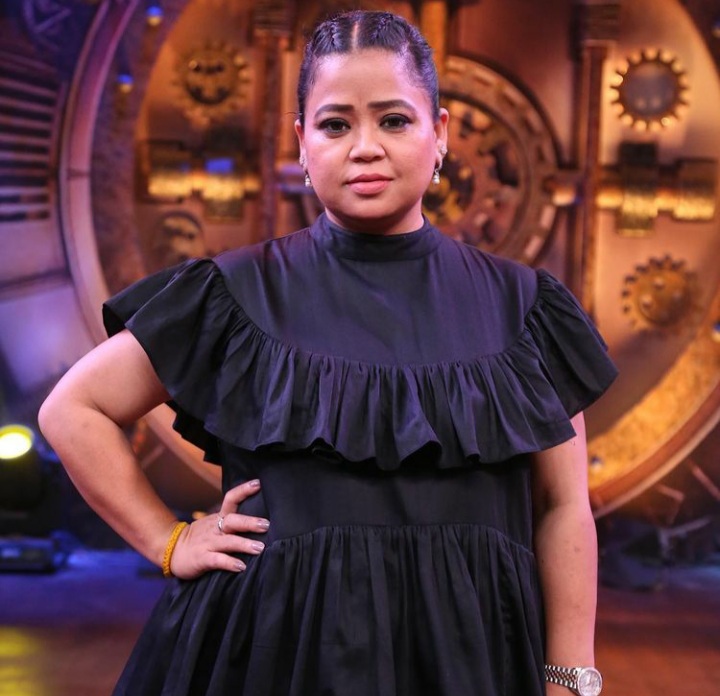 Pinky Singh and Bharti Singh have a striking resemblance. Everything about them is the same, from their height to their smile. 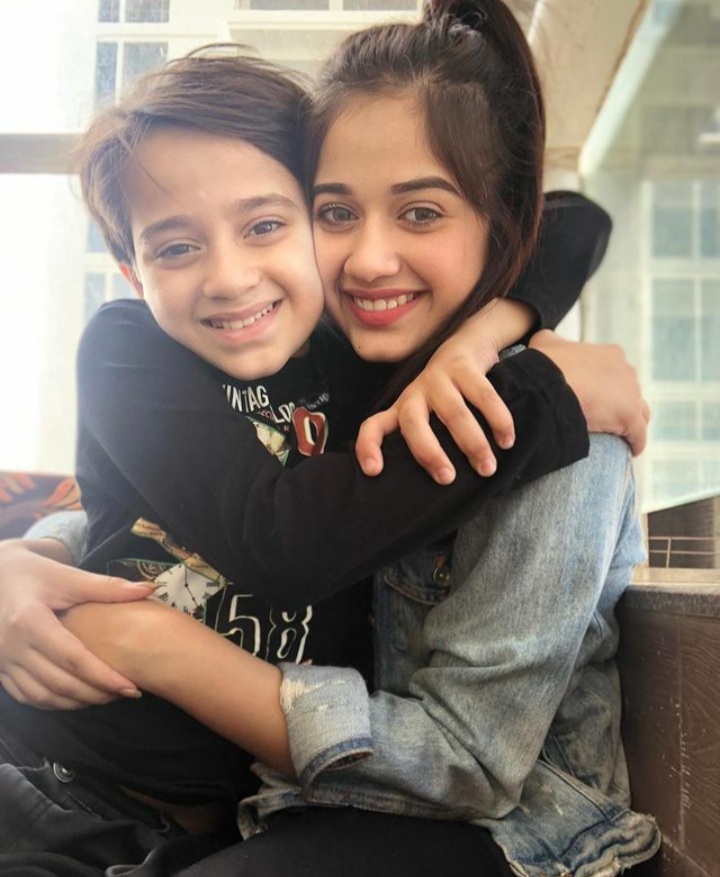 The famous sibling duo, Jannat and Ayaan Zubair, are very popular faces in the television industry. The brother-sister duo have a huge fan following on social media. In 2010, Jannat began her career in television with the show, Kashi - Ab Na Rahe Tera Kagaz Kora. On the other hand, Ayaan made his acting debut in 2013 with the show, Jodha Akbar. There is a big age gap between the brother and sister. However, they resemble each other in every way. Ayaan is an exact replica of his sister, and they share similar facial and character traits. 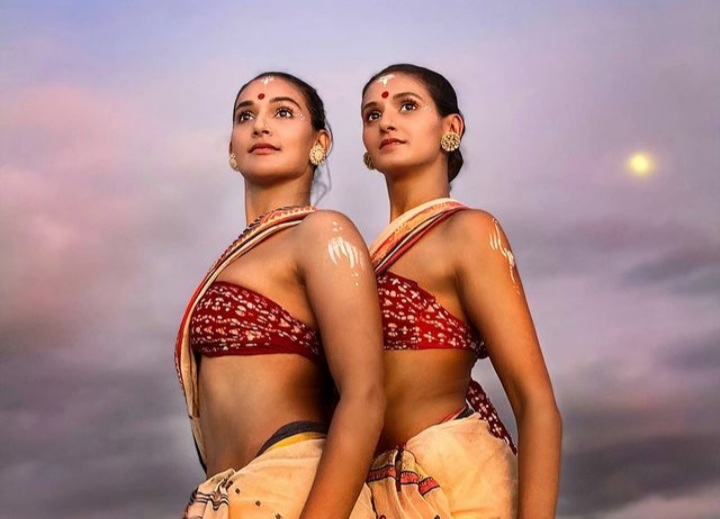 Best known as the Mohan sisters, Shakti Mohan and Mukti Mohan are one of the popular names in the television industry. They have demonstrated their versatility in the entertainment business. Moreover, it will be challenging for you to distinguish between the sister duo if you watch both of them dance together. Not only do they dance in unison, but their facial characteristics are identical. They look like the mirror image of each other. The popular television actress, Mouni Roy, never fails to amaze us with her acting skills. In 2006, she made her acting debut with Ekta Kapoor's drama, Kyunki Saas Bhi Kabhi Bahu Thi. Mouni has a brother, and the two of them have a very close relationship. The brother and sister's stricking similarities to one another will nonetheless amaze you. Mukhar looks just like his elder sister. 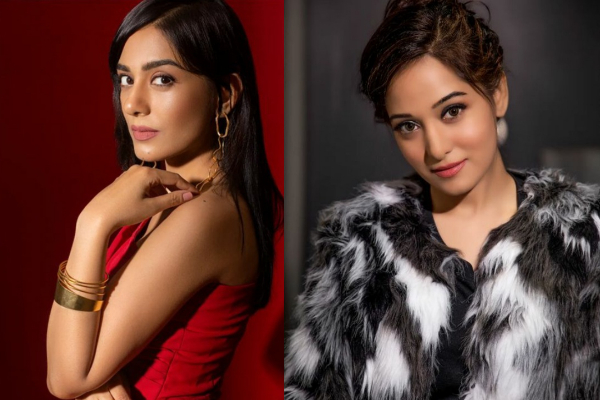 Amrita Rao and Preetika Rao look exactly similar. People believed Preetika to be Amrita's twin sister when she made her television debut with the show, Beintehaan. However, both the sisters have previously denied being identical twins. Talking about the same in an interview with The Times Of India, Preetika had said:

"I honestly don't think I look like my sister, Amrita. In fact, this statement is surprising." 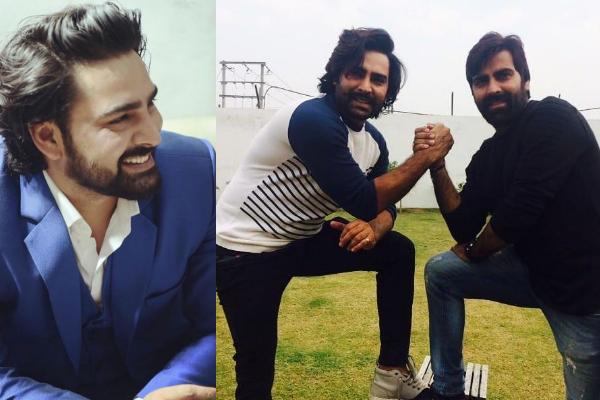 Manveer Gurjar rose to fame after winning the popular reality show, Bigg Boss Season 10. He not only won the competition, but he also defeated all the celebrities and took the trophy and the prize money home. This Gurjar boy has a brother,  Anoop who looks exactly like him. They both have similar hairstyles, beards, and facial features.

Also Read: When 'Taarak Mehta' Actress, Munmun Dutta Admitted Even Her Married Male Friends Had A Crush On Her 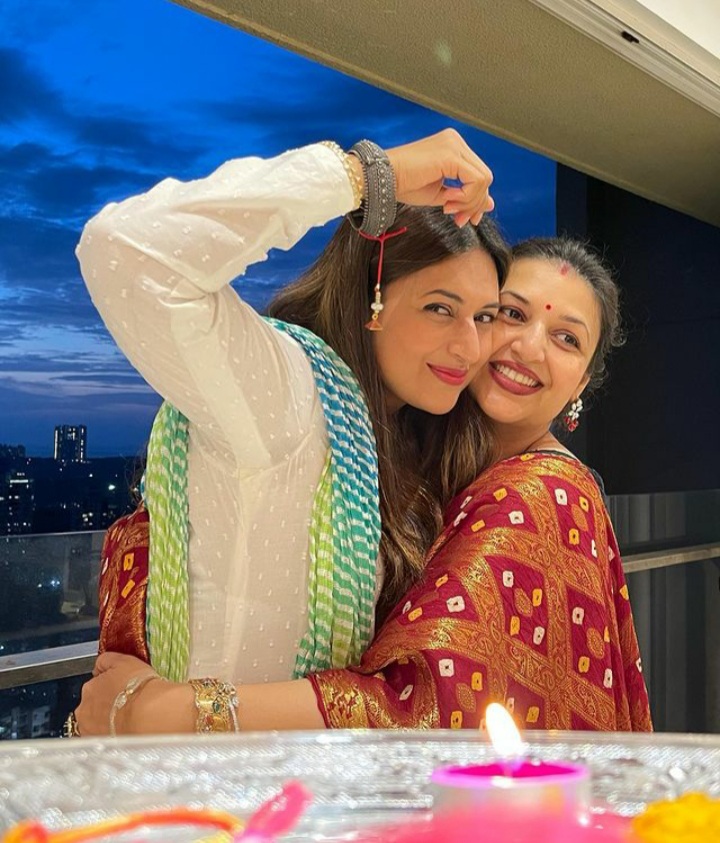 In 2004, Divyanka Tripathi Dahiya made her television debut with the programme, India's Best Cinestars Ki Khoj. However, she made her acting debut in the 2006 television serial, Banoo Main Teri Dulhan. Divyanka has a close relationship with her family, especially with her sister, Priyanka. These two sisters are the definition of sibling goals. However, what makes them more intriguing is how similar they appear. They smile the same and have similar facial features. 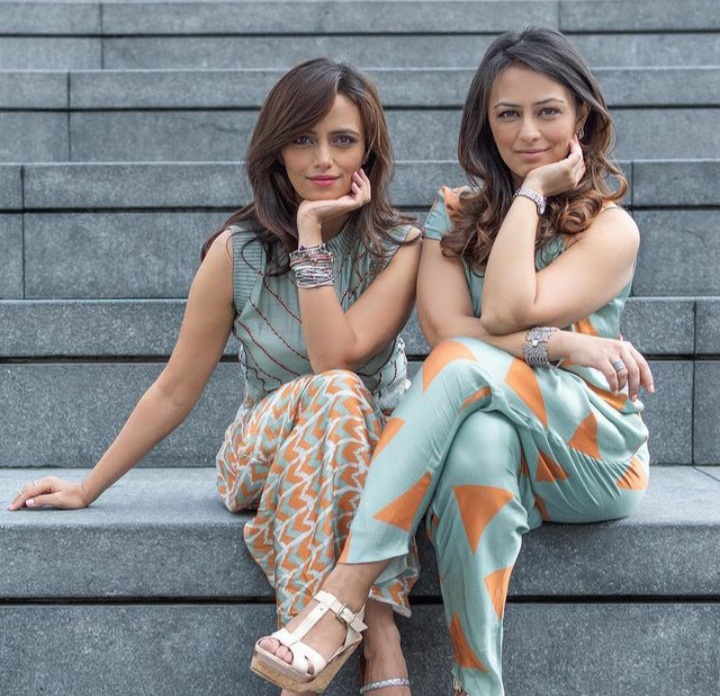 Deeya and Roshni Chopra are well-known figures in the television industry. The two sisters look like mirror images of each other. Your brain will spin at how similar they are. From their facial features to the body structure, every thing about them is same. They look like a xerox copy of each other. Tanya Sharma and Kreetika Sharma are popular television actresses. Tanya, who became popular through the television programme, Saath Nibhana Saathiya, is very close to her sister. The sister duo keeps sharing their pictures on social media. Tanya's sister looks just like her. They appear to be twins even though they are not. 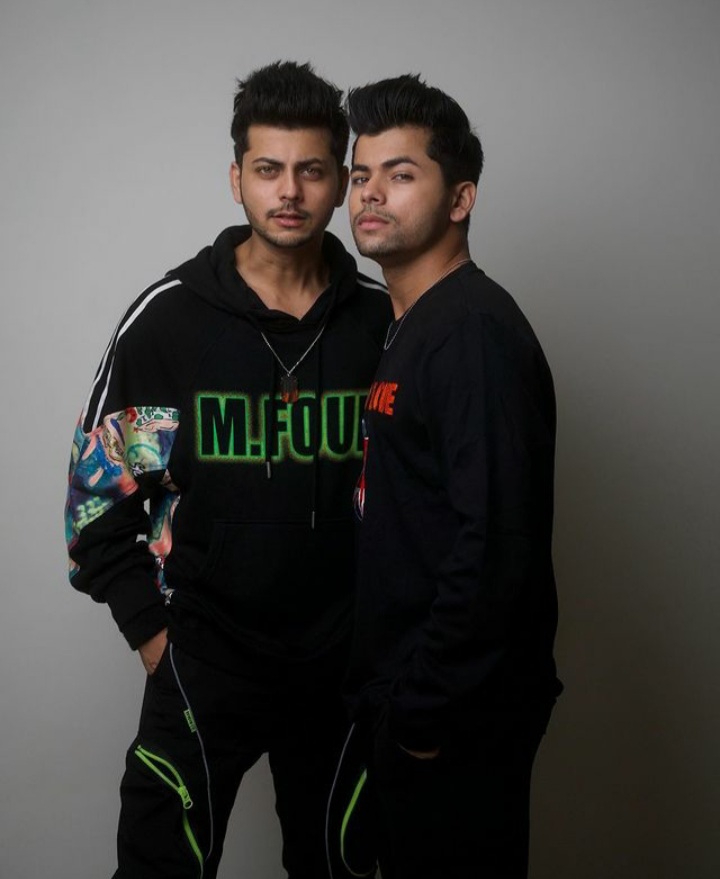 Siddharth Nigam, who garnered a lot of limelight through the television programme, Chakravartin Ashoka Samrat, has a close relationship with his elder brother, Abhishek. The fact that the Nigam brothers share the same birthday even though they are not twins is fascinating. They both have similar features in addition to being bestowed with attractive appearance. 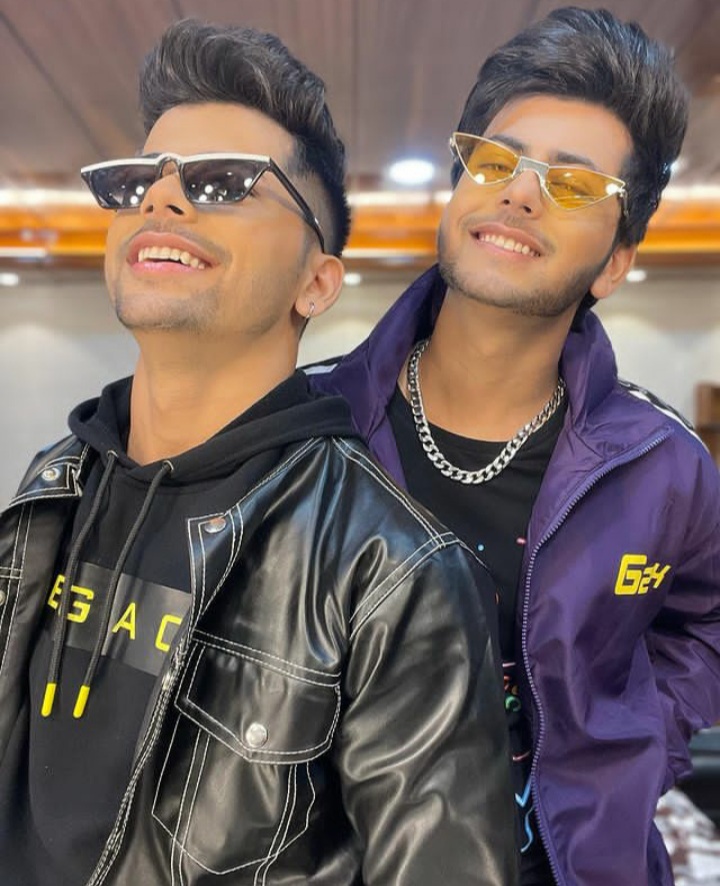 Having an identical sibling is like constantly gazing at your shadow. However, our favourite celebrity doppelganger siblings adore having one another by their side. Together, these lookalike brothers and sisters make a powerful duo, and we love them.

Neeti Mohan Shares A Cute Video Of Her Son, Aryaveer Getting Pampered By His 'Maasis'