The Indian cricket team seems to be enjoying the on-going wedding season to the fullest. After the wedding marathon of Yuvraj Singh and Hazel Keech came to an end on December 7, 2016, it was the pacer Ishant Sharma, who tied the nuptial knot.

Ishant Sharma And Pratima Singh Exploring Europe On Their Honeymoon

Aishwarya Was Once Diagnosed With Tuberculosis, Rohit Was By Her Side, Even When She Was Losing Hair

Recommended Read: Suyyash And Kishwer's Wedding Promo Is Out And It's Totally Worth Watching 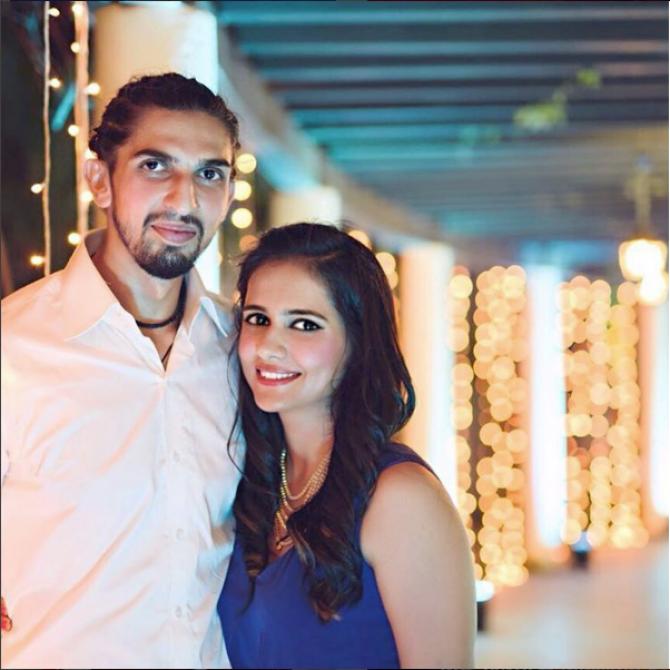 Talking about the first meeting of the two, Ishaant in a talk show, What The Duck revealed that they met each other for the first time in 2011 when Ishant was invited as the chief guest for Delhi's IGMA Basketball Association League. The event was arranged by one of his friends, who is Pratima’s sister. Since Pratima had an injury the, so she could not play and was handling the part of the scorer. Unaware of the fact that she is a Basketball champ, the cricketer joked that scorers are pretty here. This is when his friend corrected him and introduced him with the champ. 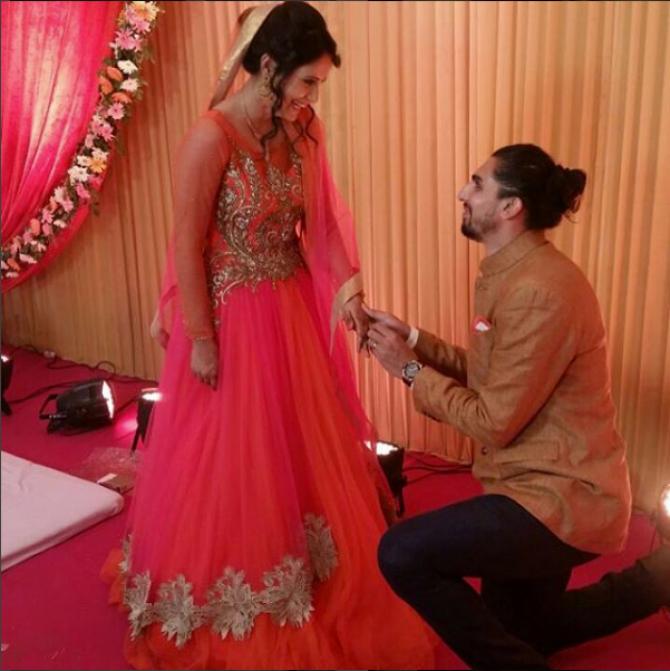 Not just this, in the same talk show, he even shared that it took his wife two years to accept his Facebook friend request. Eventually, the two exchanged numbers and started talking to each other. After sometime, Ishant proposed to Pratima and she accepted. They got engaged on June 19, 2016, in Pratima’s hometown, Varanasi.

Here's the video of his interview:

On the wedding day, Pratima looked stunning in a peach and golden lehenga. She was styled by style consultant, Anjali Xalxo. 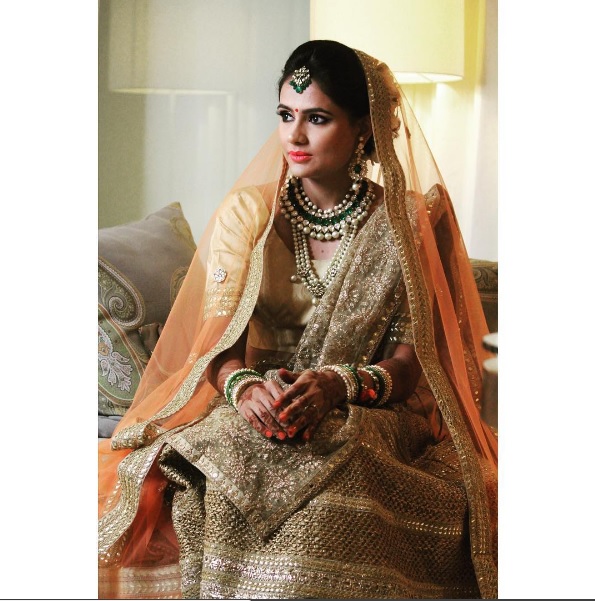 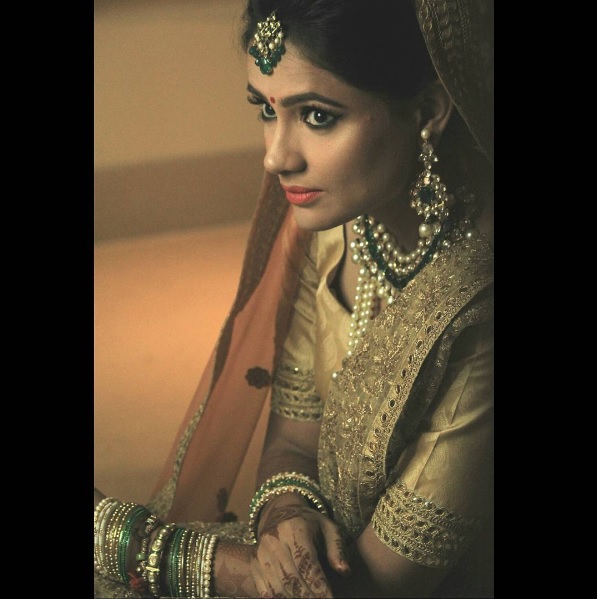 Ishant too complemented his sweetheart well in a maroon and golden sherwani. Here, have a look at some pictures of the newlyweds: 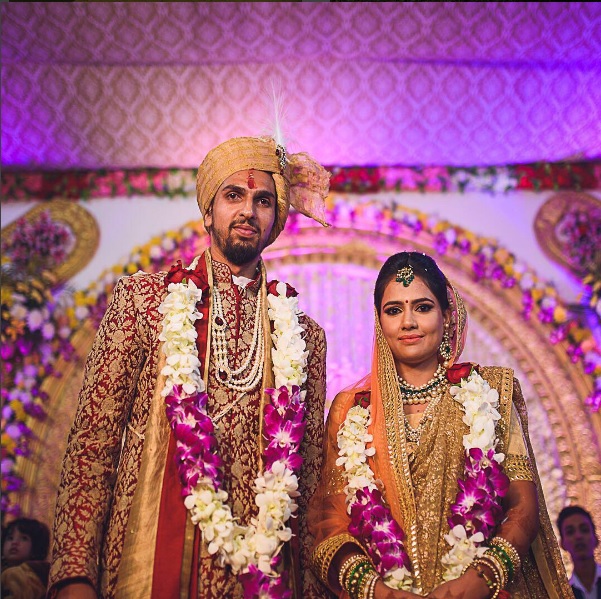 The wedding ceremony took place at the Notting Hills farmhouse, Gurugram. Here is a video of the phera ceremony of Ishant and Pratima. Have a look:

The wedding ceremony of Ishant and Pratima was attended by various prominent personalities from the sports world.

The recently-married cricketer, Yuvraj Singh, came to congratulate his teammate: 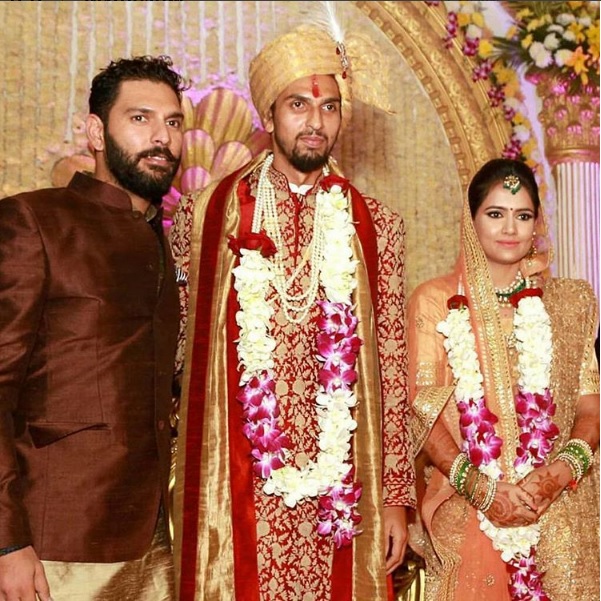 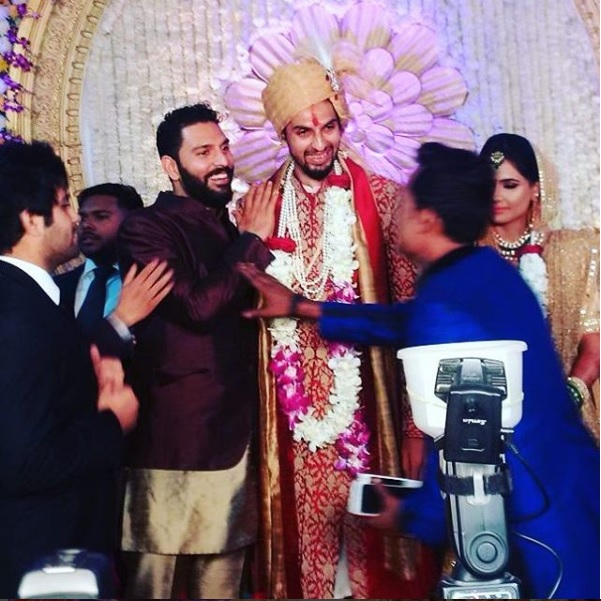 The ‘Captain Cool’ MS Dhoni too attended the wedding: 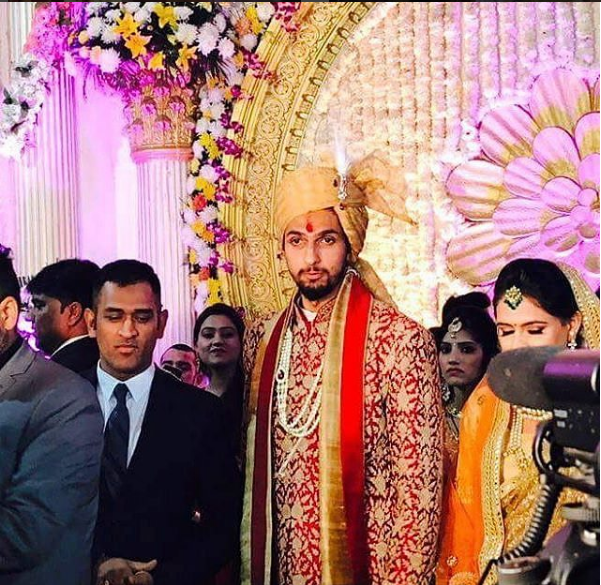 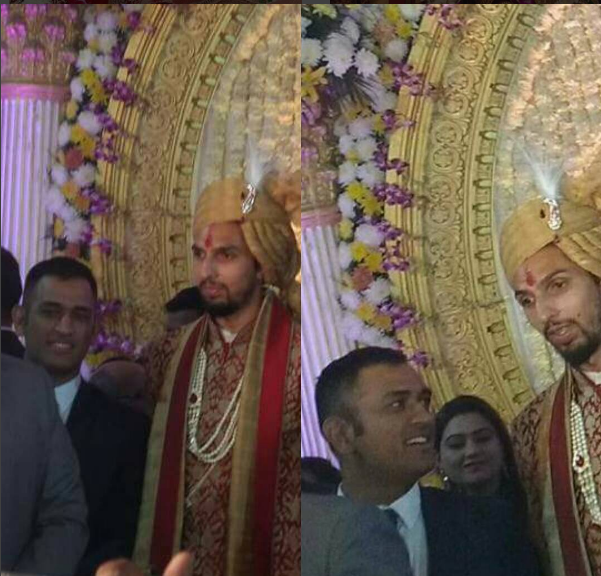 Indian wrestler and Olympic medalist, Yogeshwar Dutt was also seen at the do: And, here are some more pictures of this beautiful wedding ceremony: 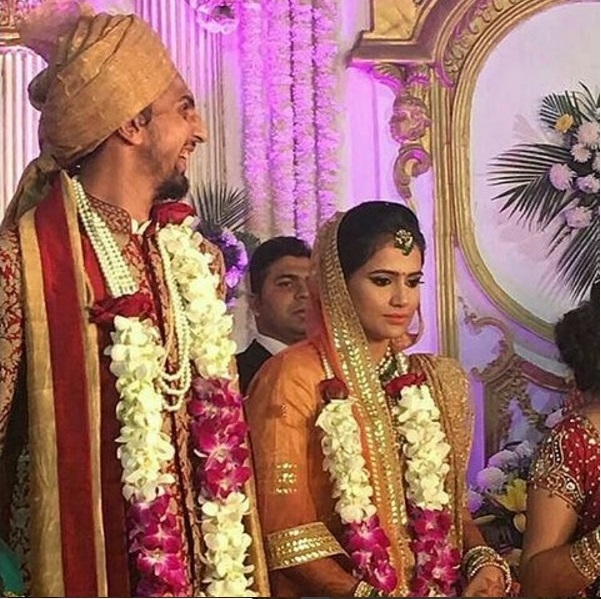 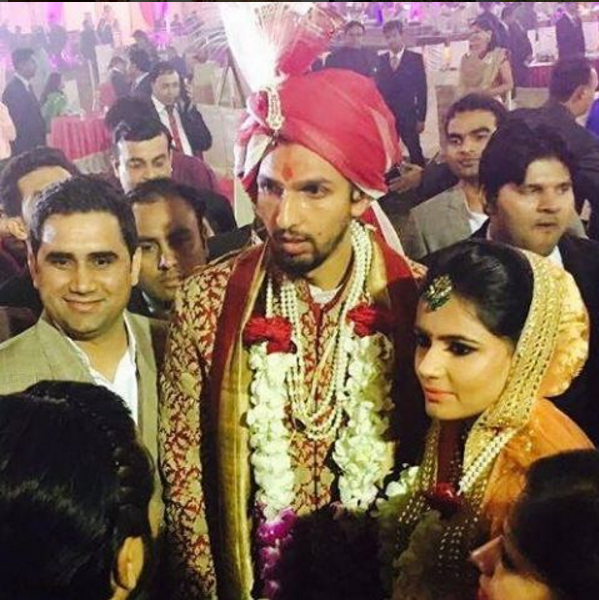 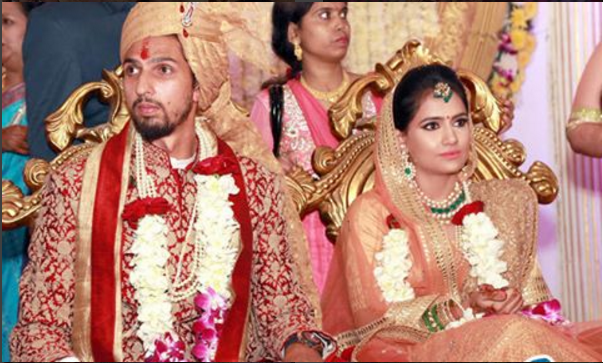 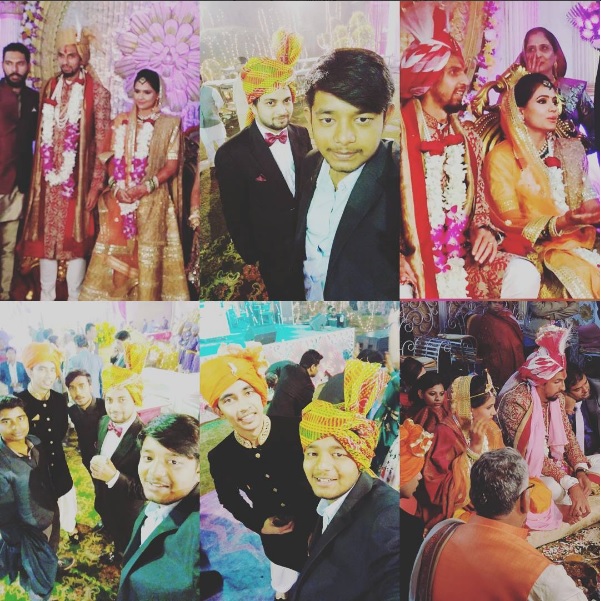 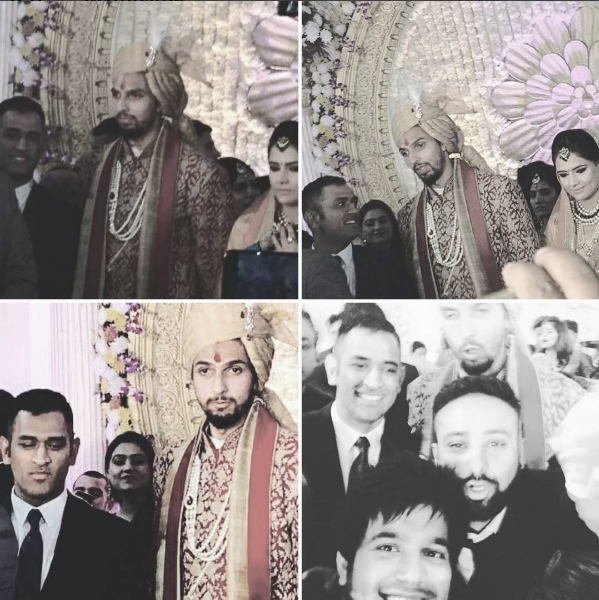 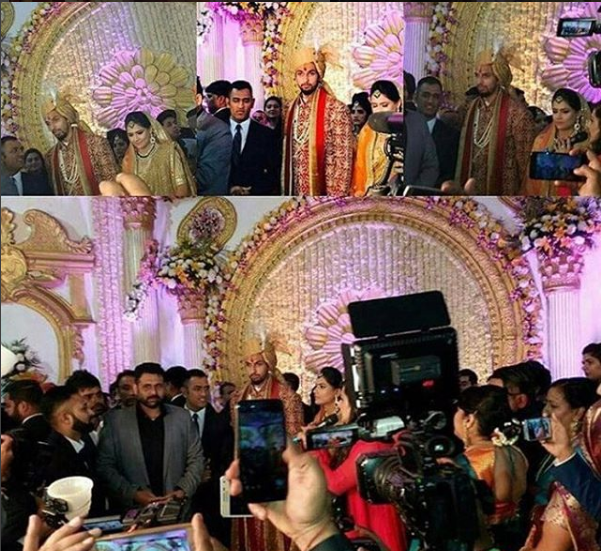 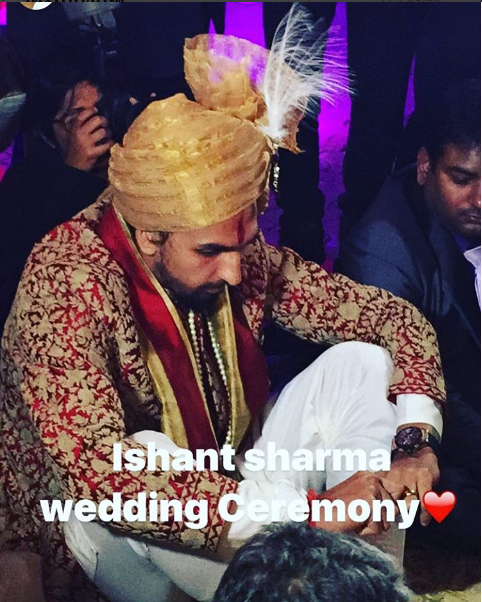 The couple reportedly will have another round of traditional wedding ceremonies in Varanasi, i.e., Pratima’s hometown. And, we sure will keep you updated with the same.

Recommended Read: Yuvraj And Hazel's Wedding Photographer Shared Their Pics And We Just Can't Stop Swooning Over Them

Ishant Sharma And Pratima Singh Exploring Europe On Their Honeymoon