He has this rustic charm and she is one hell of a witty woman. He is nailing it in Bollywood (without a Khan surname) and she, despite being a star kid, is quite enjoying her new passion for writing (undoubtedly, she is one prolific writer). 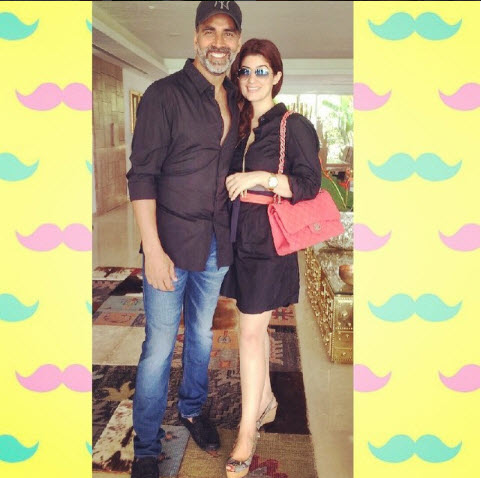 Akshay Kumar and Twinkle Khanna is one couple who have, over the years, very gracefully moved on to bag the title of a power couple. From supporting each other, to pulling each other's leg, to being the coolest, regular parents to Aarav and Nitara, this Bollywood couple has given us plenty of reasons to love and totally adore them.

And so, we have a teeny tiny list that totally celebrates the unconventional yet realistic love these two have for each other. And yes, needless to say, they give us the most fabulous relationship as well as marriage goals. 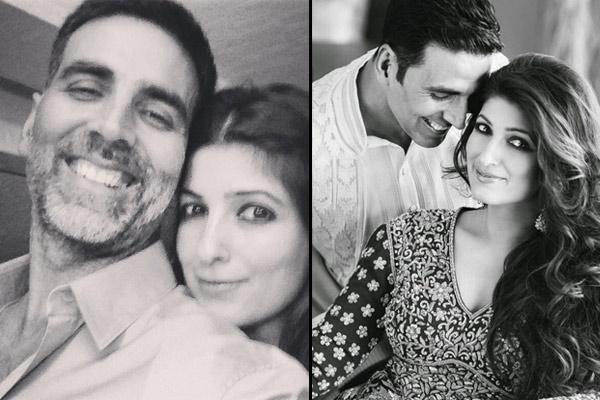 Twinkle and Akshay don’t say good things about each other for the heck of it; they say it like they mean it. Akshay once even said that if not for Twinkle’s unbending support, he wouldn’t have been the big Bollywood star he is today. And Akshay, on the other hand, plays the dutiful husband and faithful friend to his wife. His trust in Twinkle’s caliber is what gave her confidence to switch careers. Not just that, when Twinkle initially started writing a weekly column for a daily, Akshay always went through them before Twinkle submitted it.

Also Read: 13 Famous TV And Bollywood Celebrity Couples Who Are Separated But Not Divorced

Once, Akshay was so happy to have been ignored by a fan: #2. They are each other’s best friends and reality checks too 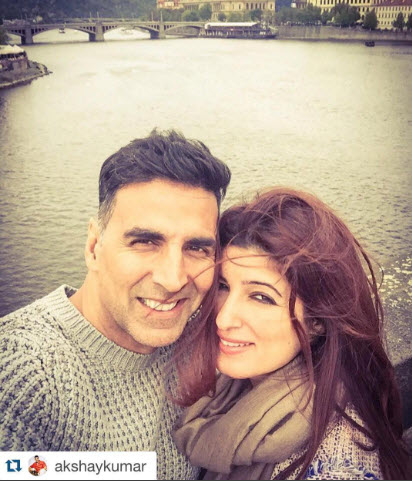 Just like your buddies pick you up when you are falling apart, Akshay and Twinkle do the same for each other in real life. Akshay once quipped that Twinkle is his best friend. Whenever he is falling apart, Tina (as he lovingly calls her) picks him up and whenever he gets a little high on life, she is the force that brings him down too. To sum it up, Akshay calls Twinkle his strength and reality check. And Twinkle exclaims, she likes Akshay more now than when she married him!

Must Read: Bollywood Stars And Their Super-Luxury Gifts Will Take Your Breath Away

#3. Vacationing together because they love each other’s company 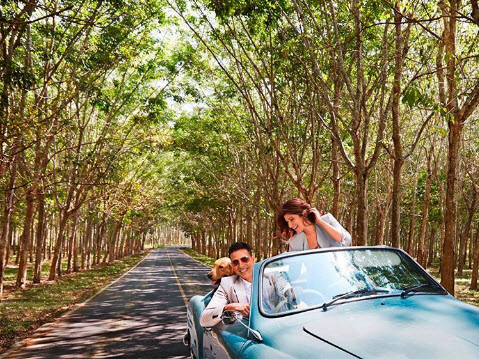 Having been married for a long time, it’s natural for couples to get tired of each other. But, there’s something so fresh and pure about Akshay and Twinkle’s togetherness that it makes you wonder, wow, couples, especially Bollywood couples who have been together for so long, still make it look like dating days. Yes, whenever these two hit the road or go for some adventure, they give us all the feels.

You may like: The Luxurious Seaside Bungalow Of Shilpa Shetty And Raj Kundra Will Stun You All

#4. They make us believe in impromptu date nights When was the last time you surprised your partner with a dinner date followed by a staycation? There was this time when Akshay and Twinkle went for a magnificent dinner date at Taj Mumbai, and then decided to stay back and made it a happy staycation for his wifey. So yeah, impromptu dates are still their thing!

Must See: Shweta Tiwari's Maternity Photo Shoot Is What Every Preggers Couple Should Have

#6. Their level of dedication even after so many years (15 years to be precise) is infectious We all know Twinkle’s writing prowess is pretty entertaining, but Akshay declaring it so subtly (and confidently) to the world is cute and definitely relationship goals. This picture above was posted by Akshay on their anniversary and was famously captioned as:

"After 14 years of listening to the same old jokes of @mrsfunnybones I still wait to hear more ! #happyanniversary"

#7. And yes, even after raising two kids, these two can beat the teenage level of crazy 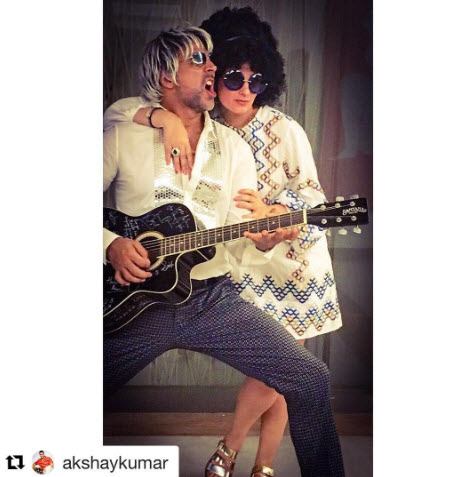 Akshay and Twinkle have not aged a day, and that’s not even the best part. The best part is when they know how to go a tad bit crazy, keep the madness alive and and make it look like the coolest teenage stuff. This photo above is the proof!

#8. The intensity of his birthday wish for her 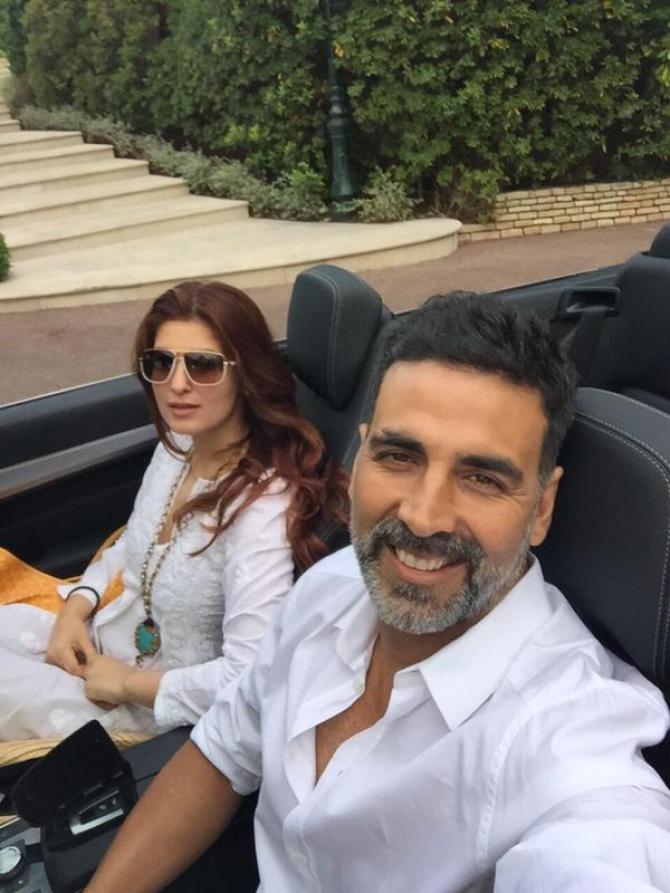 Akshay Kumar and Twinkle Khanna truly make an amazing couple. The love they have for each other and the little nok jhonk seen between them when they are being interviewed, everything proves that they surely are a power couple. On December 29, 2017, it's Twinkle Khanna's 42nd birthday and our romantic Khiladi took to Twitter and posted a lovely birthday wish for her. Here's the picture that he shared: 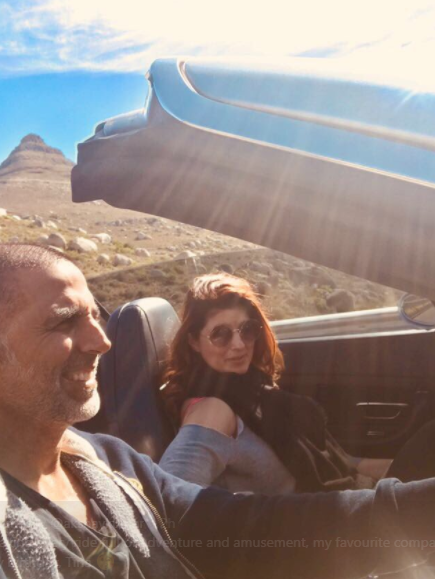 and captioned it this:

Akshay and Twinkle, you guys are one of the greatest off-screen romances Bollywood has seen. And so, please stay the same you two!

Next Read: For The First Time Ever, Drashti Shared A Video With Her Hubby Niraj And It's Truly Adorable