Unseen picture of Dharmendra and Hema Malini as the duo is engaged in a deep conversation while holding each other's hand.

He is the He-Man of Bollywood and she is the Dream Girl, and together they are the most iconic pair. Yes, we are talking about Punjab da Puttar, Dharmendra and the shy South Indian diva, Hema Malini, who have proved that love can surpass any hurdle. When Dharmendra had fallen head-over-heels in love with Hema Malini in 1970 on the sets of Tum Haseen Main Jawan, he was already married to Prakash Kaur.

But as they say, everything is fair in love and war, Dharmendra's first marriage didn't stop him from falling for Hema. Dharmendra had married Parkash Kaur in 1957 and despite that, the actor had married Hema Malini after allegedly converting to Islam, so that he could keep his two marriages. Dharmendra and Hema Malini's love story had gone through a lot of ups and downs, however, they had defied all the odds.

Also Read: Kareena Kapoor Once Shared Her Equation With Abhishek Bachchan After His Breakup With Karisma Kapoor 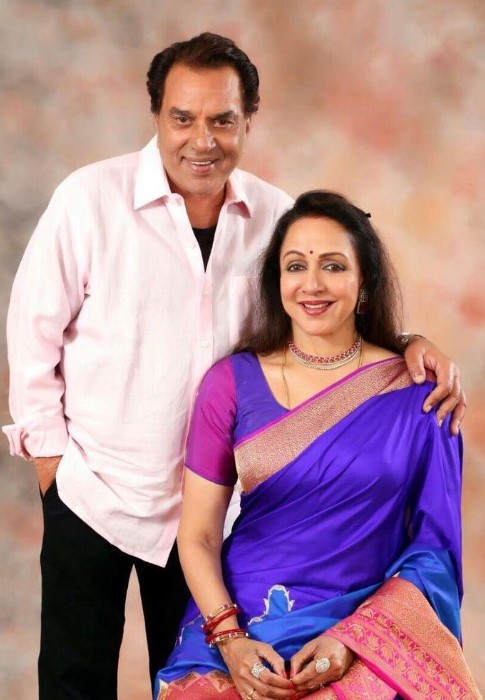 While scrolling through our IG feed, we stumbled upon an unseen picture of Dharmendra and Hema Malini from one of their shoots. In the picture, the duo was seen having a conversation, however, the beauty of the picture lies in the way the two had held each other's hand. Dressed in a white salwar suit and a pair of sunglasses, Hema looked stunning, on the other hand, Dharmendra looked dapper in a red-coloured shirt. Another picture, which stole our hearts is of Dharam and Hema posing for an adorable picture as she put her arms around his shoulder and the two smiled gleefully. 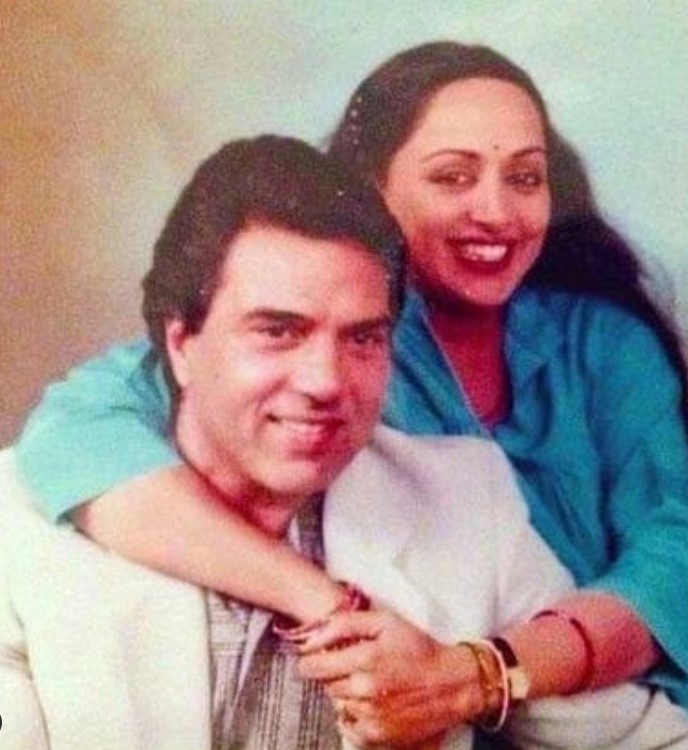 Dharmendra and Hema had acted together in 42 movies and their on-screen chemistry was always a hit. In an interview, Hema Malini had said that it was the song, Main Jat Yamla Pagla Deewana, wherein she had fallen for Dharmendra. She also revealed that it was his cute dance moves in the song, which had made her fall in love with him immediately. It was rumoured while shooting a particular scene in Sholay; that Dharmendra had lured the light boys with money to disturb the lights on the set. The continuous retakes had given him many chances to hold Hema Malini several times.

Also Read: When Neetu Kapoor Shared Why She Feels Her Son, Ranbir Kapoor Would Make A Good-Husband In an interview with Rediff.com, Hema Malini had talked about her equation with Dharmendra's first wife, Prakash, and had shared:

"I didn't want to disturb anyone. I am happy with whatever Dharamji did for me and my daughters. He played the role of a father like any father would do. I guess I am happy with that. Though I have never spoken about Parkash, I respect her a lot. Even my daughters respect Dharamji's family. The world wants to know about my life in detail, but that is not for others to know. It's no one's business." 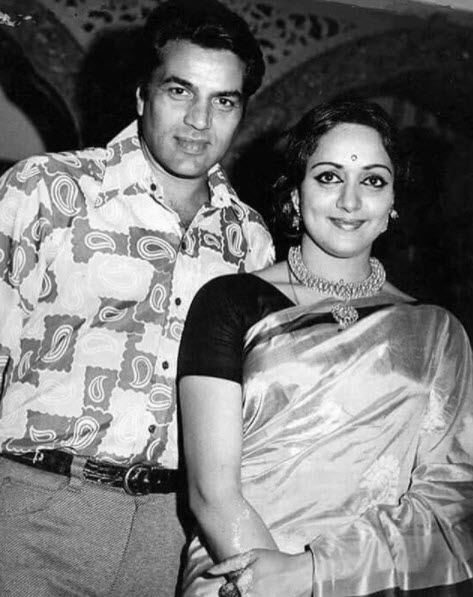 Dharmendra and Hema Malini have restored our faith in love and marriage! 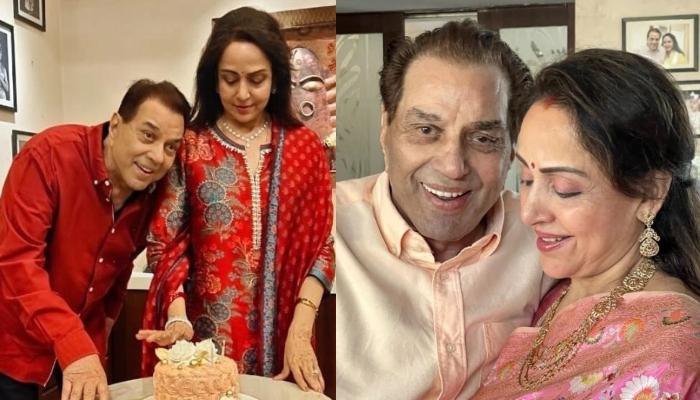 Dream Girl of Bollywood, Hema Malini is the epitome of grace and beauty. Over the years, Hema not only left a mark on millions of hearts with her outstanding acting but is also loved for her pious nature and innocent personality. She turned a year older on October 16, 2022, and undoubtedly, wishes