From a backless outfit with a veil to a high-slit dress, here are a few dresses of Urfi Javed that missed the fashion mark and received trolls.

The fashion industry is evolving every day and the Tinseltown divas are stepping out sporting their best outfits. Moreover, when a public figure makes a fashion statement, it automatically becomes a topic of discussion. While sometimes they manage to set new trends with just one outing, on other occasions, their looks end up disappointing fans. Well, the same is the case with the Bigg Boss OTT fame, Urfi Javed, who hits the headlines every other day for her personal sense of style.

Television actress, Urfi Javed, had began her career in 2016 with the TV show, Bade Bhaiyya Ki Dulhania. She rose to fame with her excellent acting skills and later appeared in other serials including Meri Durga, Bepannaah and Puncch Beat Season 2, Yeh Rishta Kya Kehlata Hai and many more. However, she had become a sensation overnight with her stint on the popular reality show, Bigg Boss OTT. Here are some of her regretful sartorial choices that had failed to impress the fashion police.

Kamya Panjabi Opened Up On Trolls Calling Her 'Budhi', Divorcee And That She Will Sell Her Daughter 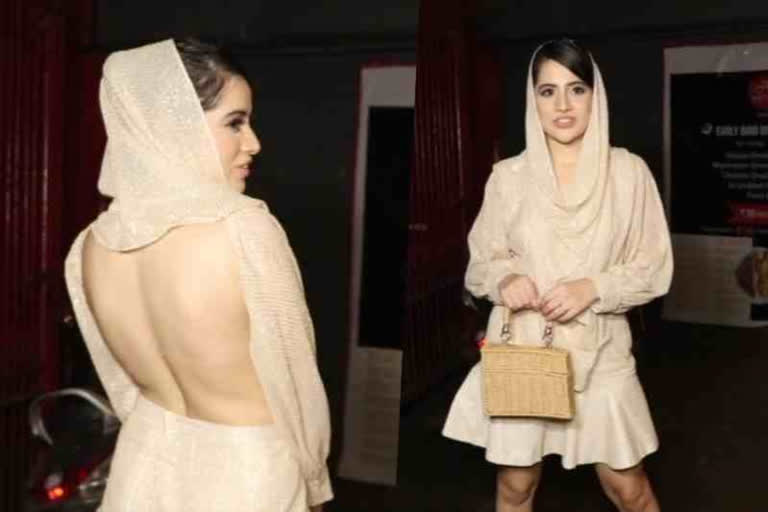 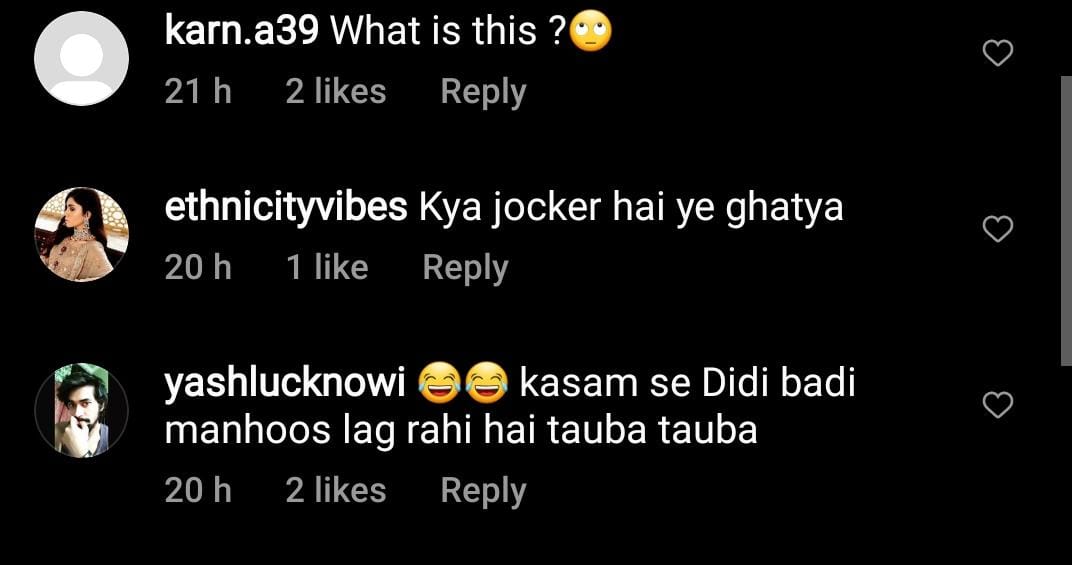 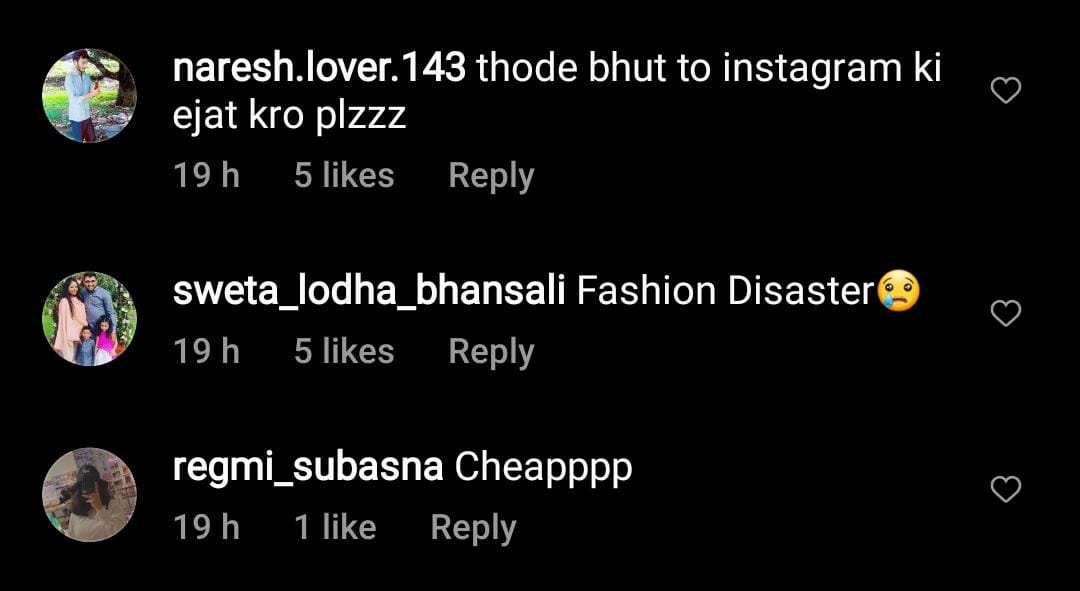 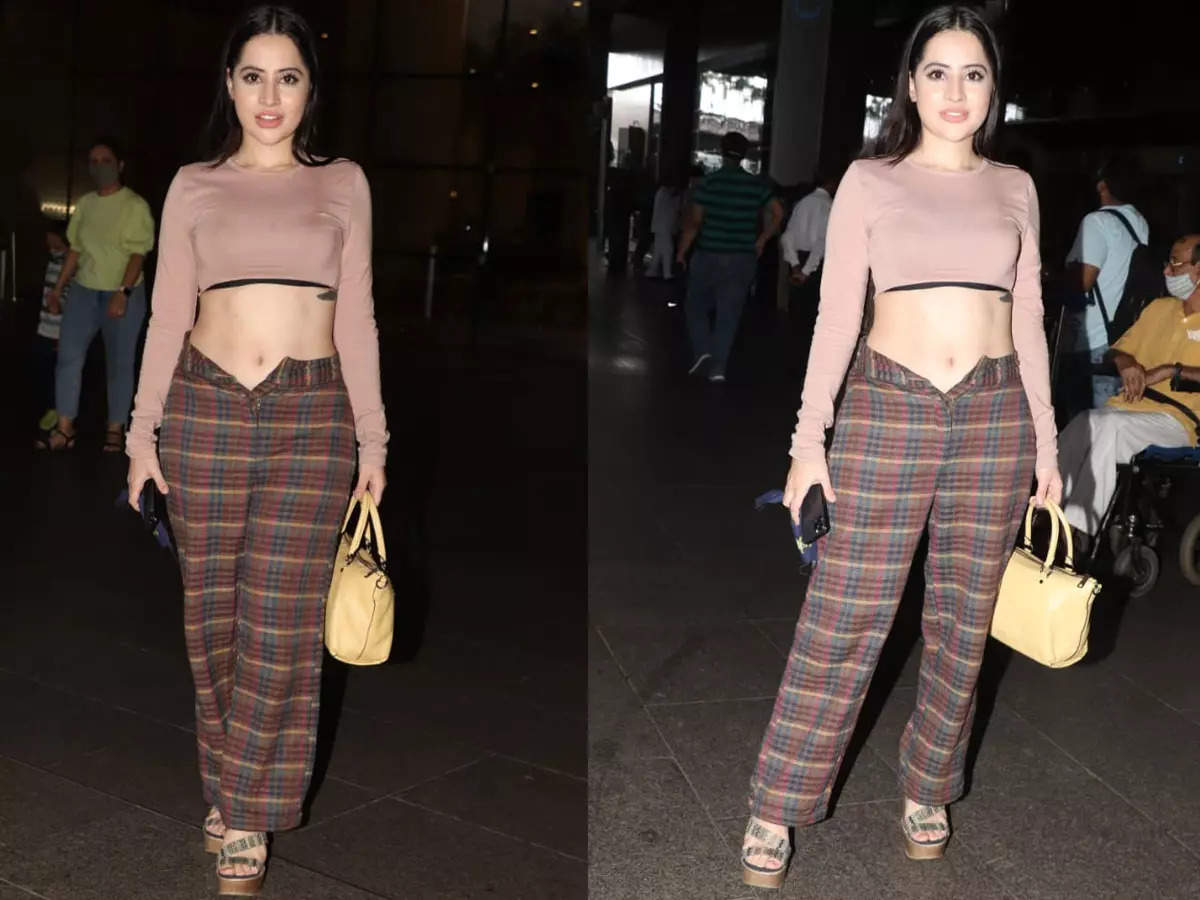 Urfi had also hogged the limelight with her unbuttoned pants look which had caught everyone's eye. The actress had made a bold fashion statement as she had donned unbuttoned checkered pants paired with a neutral-coloured crop top, in one of her airport looks. Urfi was spotted by the shutterbugs and as soon as the pictures had gone viral on social media, and the internet was left berserk. Several netizens had rushed to the comment section and had fashion policed the actress. 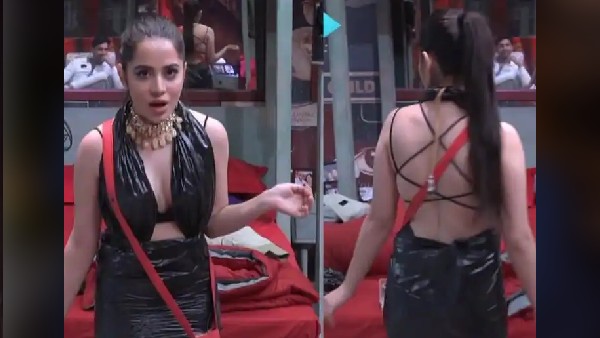 During her stint on the show, Bigg Boss OTT, Urfi Javed had made a short dress out of a trash polythene bag and had worn it. She had surprised all the contestants of the show and had also given a great performance in that dress. With a single trash polythene bag, Urfi had creatively made a backless halter neck short dress. Along with it, she had opted for a pearl neckpiece and had tied her hair in a ponytail. Moreover, she had completed her look with high heels and had also carried a shimmery black jacket. However, her creativity didn't go well with some of the netizens, who ended up trolling her mercilessly. 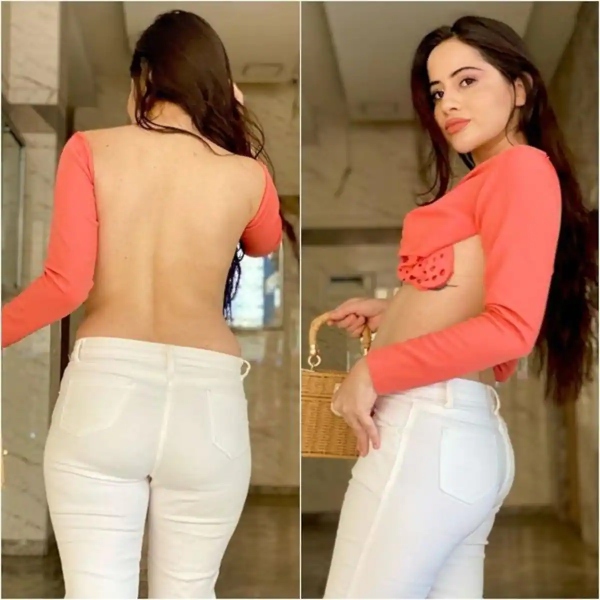 Urfi Javed has been hitting headlines for her unconventional fashion choices. Urfi had again set the internet on fire with her bold outfit, baring her back. The actress had baffled her fans with her weird outfit, which had included white-coloured pants paired with an orange backless top. However, what surprised her fans the most was that her top was hinged from the back without any string, and they had gone crazy. 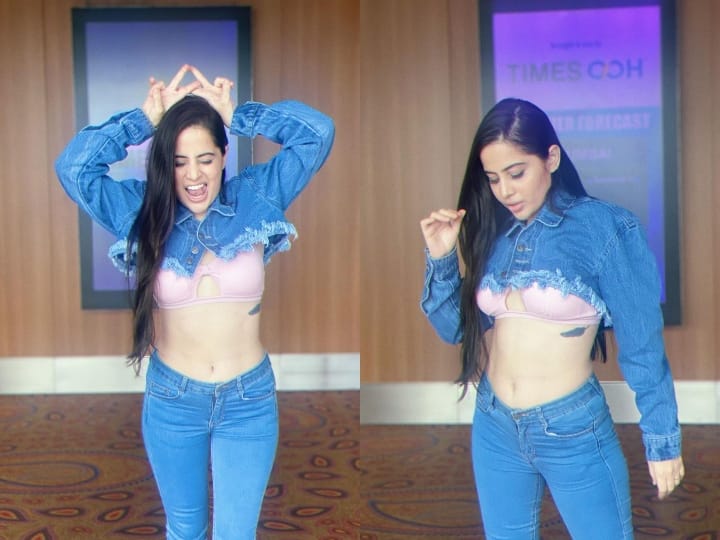 In one of her airport looks, Urfi was spotted in a denim jacket with a frayed hem which was short enough to give a sneak-peek of her pastel sports bra. She had paired it with low-waist denim and had flaunted her curves and toned abs. As soon as her video posing for the shutterbugs in the risque outfit made its way to the internet, Urvi was massively trolled for her look. Moreover, her fans were confused as to why Urfi had thought that was a good outfit for the day. 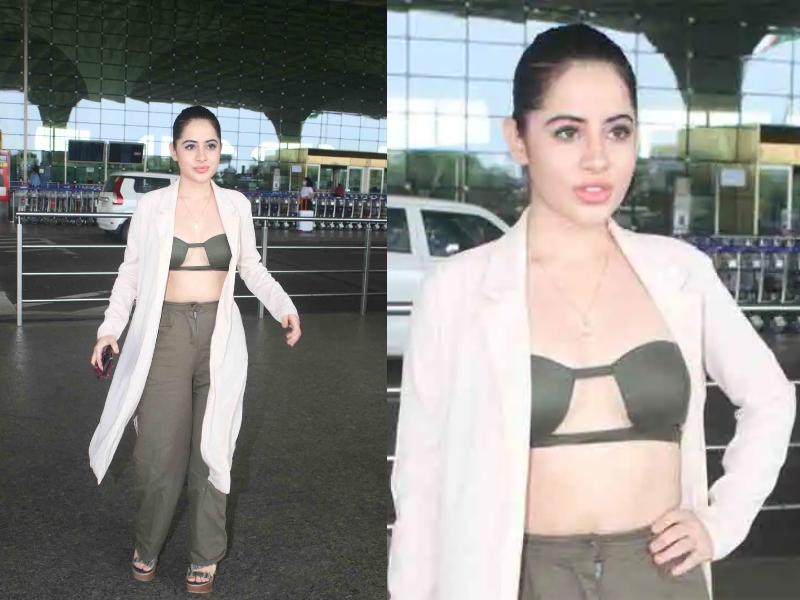 The 24-year-old had once again raised eyebrows as she was once clicked at the airport donning an olive green bra and matching high waist loose pants. She had completed her look with a long coat and had happily posed for the shutterbugs. While she had looked much confident about her look, her appearance had led the netizens furious again. They had called her out for donning such an outfit to the airport and had trolled her heavily. 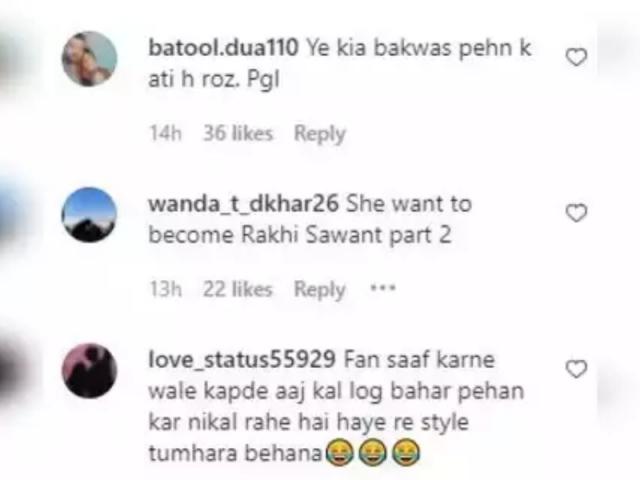 After her DIY polyethene bag dress, the next time Urfi had used a sock for her outfit. Yes, you read that right. The actress had channelised her inner fashion designer and had made a risque outfit out of a sock and had joined it using a bangle. She had paired her tube crop top with pants and had carried a one-shoulder black top along with it. To amp up her look, Urfi had opted for a yellow handbag to complete the look. However, the moment she had dropped her pictures on her social media handle, she was trolled mercilessly.

Also read: Mouni Roy Flaunts A Red And Gold 'Banarasi' Saree, Makes Us Impatient To See Her In 'Dulhan Avatar' 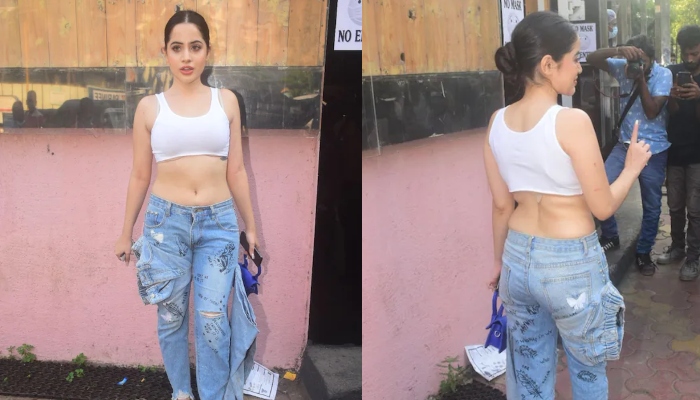 Urfi Javed had once become the target of trollers when she had stepped out in a white crop top teamed with a pair of experimental blue denim. With her hair tied in a sleek bun and a subtle makeup look, Urfi had looked stunning. She had carried a blue handbag and had confidently posed for the shutterbugs. However, the actress had fallen victim to a wardrobe malfunction as her extremely short crop top had given onlookers a peek at her nude bra hooks. Also, Urfi's experimental denim style didn’t seem to please her fans who had mercilessly trolled her on social media. 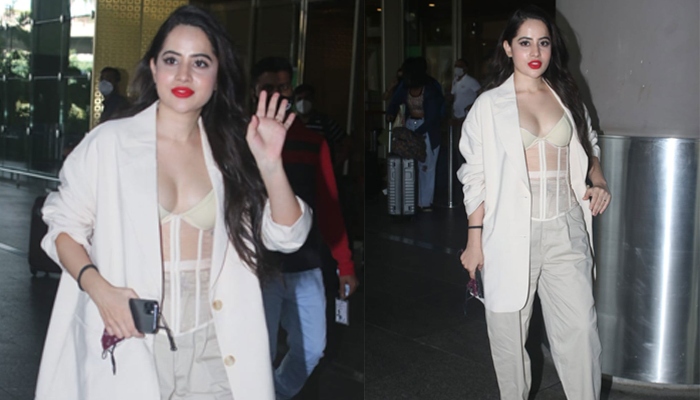 The actress who has been called out for her eccentric sense in fashion had landed in the eye of the storm for her bizarre airport look. Once Urfi was spotted exiting the Mumbai airport and her choice of attire had raised quite a few eyebrows. The actress had donned an elegant grey pantsuit and had completed her look with high heels and open tresses. However, what caught our attention was the flimsy innerwear that she had flaunted under her blazer. This had led the netizens to question her rampant appearances at the Mumbai airport and the trolls had attacked her again. 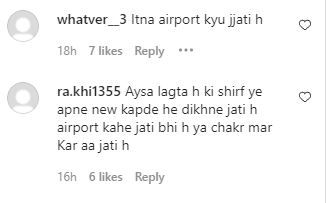 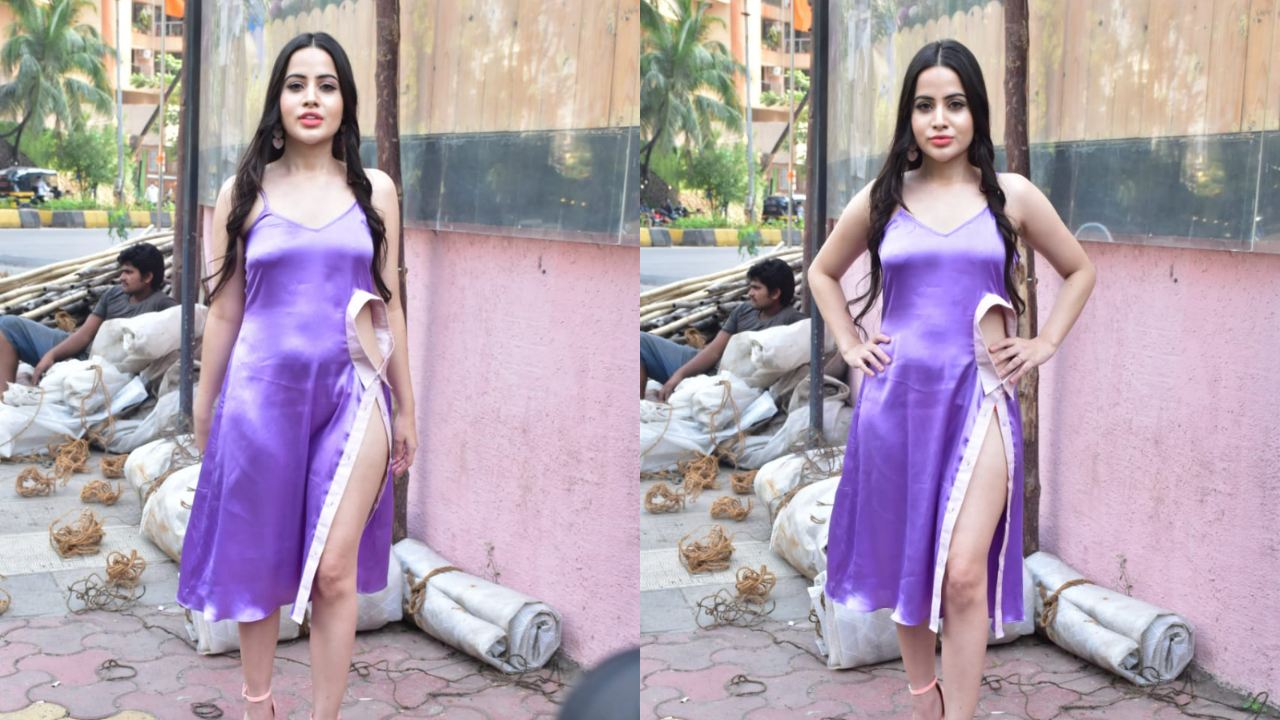 Urfi Javed was once spotted donning a bold outfit at a plush restaurant in Mumbai. The actress had opted for a high slit outfit with a strange opening around the waist area. The shirt-like cut-out design at the waist had made heads turn. Though she had looked hot and sexy, her outfit had displeased a lot of people. And when the pictures went viral, the trolls had bombarded the comment section, pointing out everything that was wrong with her outfit.

The fashionista surely believes in the mantra, 'Have it, flaunt it', and nails it every time.