Vinod Khanna's Love Story: From Being A 'Sanyasi' To Getting Married Twice

Vinod Khanna's Love Story: From Being A 'Sanyasi' To Getting Married Twice

Late Bollywood actor, Vinod Khanna's life was no less than a film's tale. However, it was his love life that often made headlines. Read on to know more!

The late veteran actor, Vinod Khanna had been the superstar of every film, who would charm his way into anyone’s heart. With his gorgeous personality and sultry looks, Vinod Khanna had become the fantasy of his female fan following. His persona had attracted people of all ages and he had gone on to reign the film industry for almost four decades. While he had all the luxuries of life and a good name, there was a void he had always felt in his heart.

Recommended Read: The Beautiful Love Story Of Ronit Roy And Neelam Singh Will Make You Believe In Love At First Sight

Vidhu Vinod Chopra And Anupama Chopra's Love Story, He Made Movie, 'Kareeb' As A Tribute To His Wife

Vinod Khanna had played the role of a villain, a hero, a common man, a police inspector and more, but in his personal life, he had kept searching for a deeper meaning. He was the first actor, who had even taken sanyas at the peak of his career. However, his search of finding spiritual guidance had ruined his marriage. 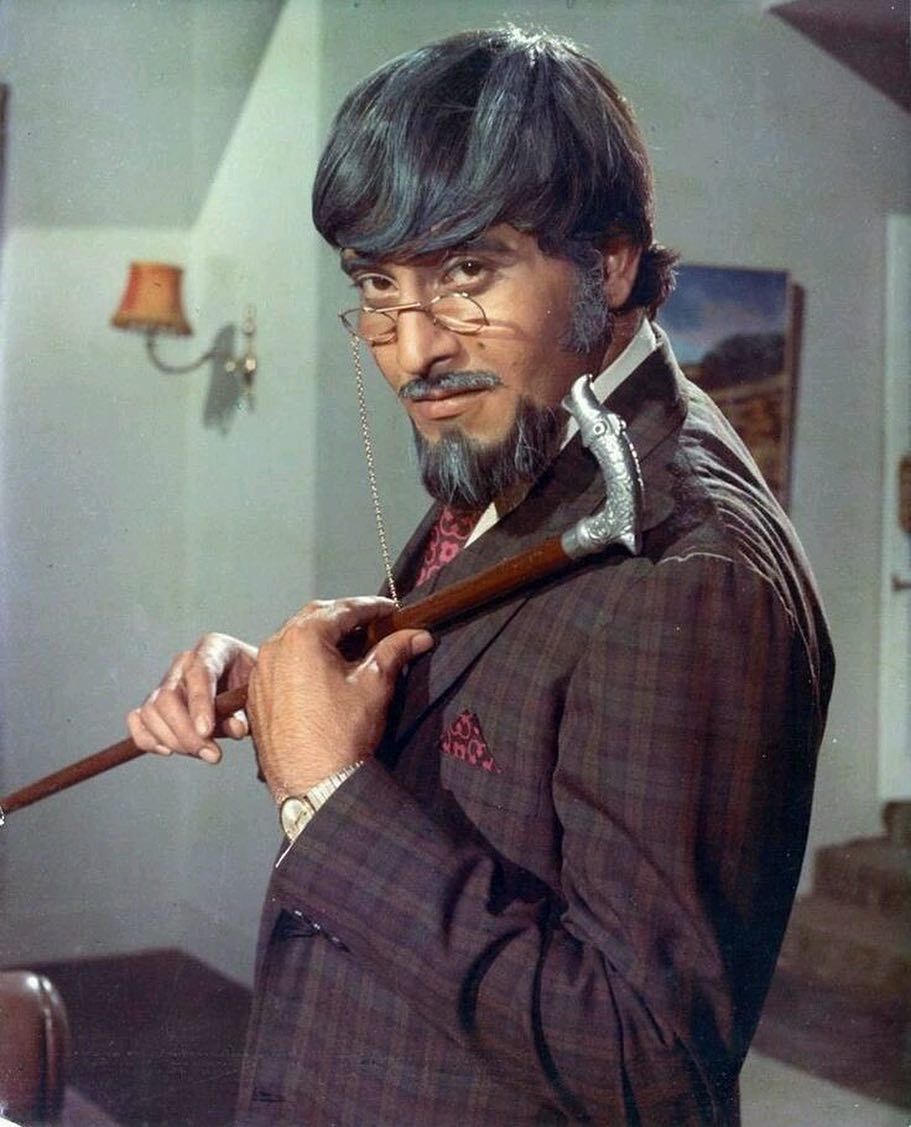 Vinod Khanna, who was born on October 6, 1946, was from a business class family which moved from Peshawar to Mumbai after partition. The actor had a keen interest in science but his father had insisted that he pursued commerce. He had joined his college’s theatre group where he had met the love of his life, Geetanjali Taleyarkhan. The young lady had wanted to become a model. Vinod was charmed by her personality and they soon began to date each other. It was at the same time when Vinod Khanna was spotted by the producer, Sunil Dutt who had offered him his first film, Man Ka Meet. Vinod had made his big debut in 1968 with the movie and had won everyone's heart. Just after his debut, he had 15 more film contracts lined up for him.

Vinod Khanna had tied the knot with Geetanjali Taleyarkhan 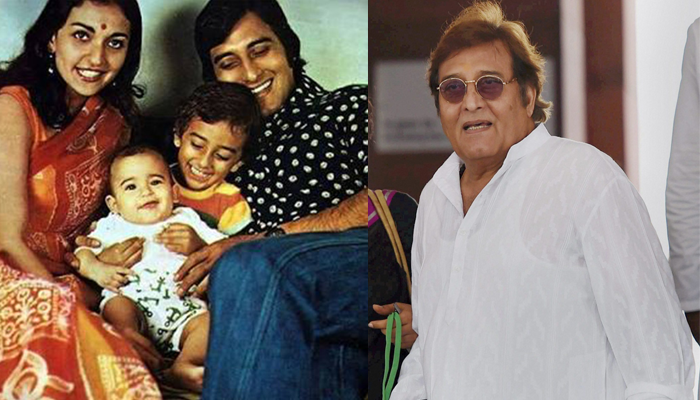 Once Vinod Khanna was settled in his career, he had decided to focus on his love life. The actor had been avoiding the topic of marriage for a long time before finally making up his mind. After two years in the film industry, Vinod had realised that it was about time to settle down. In 1971, Geetanjali and Vinod had tied the knot and their wedding was attended by all the famous people in the film industry. Vinod Khanna was the perfect man, who had no problem managing a demanding career and a family. In 1972, the couple was blessed with their first son, Rahul Khanna. Later, in 1975, the family of three had completed with the arrival of their second son, Akshay Khanna. Vinod Khanna was a complete family man and had a policy of not working on Sundays as he would spend time with his wife and kids. Despite having a huge female fan following, he had remained loyal to his wife and kids.

Vinod Khanna had left the film industry for his spiritual journey 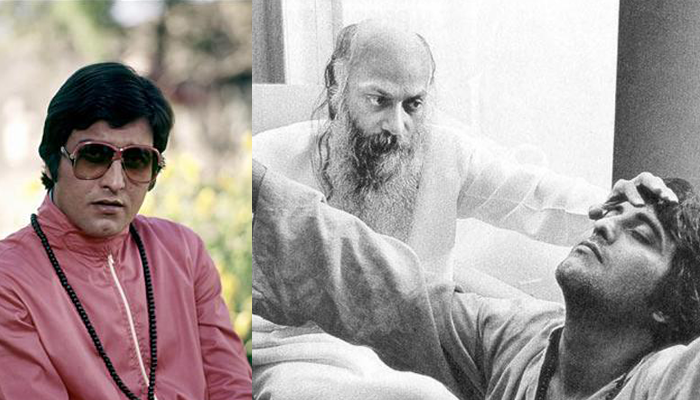 Vinod Khanna's life had changed for the worst when he had turned to Osho’s ashram in the search of solace. However, his spiritual journey had ruined his family life. Once in an interview, Vinod had shared that despite having wealth and fame, he had always felt uneasy. He was searching for something unworldly, which had led him to the ashram of Osho. Soon, the star was spiritually involved with the cult. At the peak of his career, he had given up on his career and had moved to the USA to look after the ashram’s work. However, he would stay connected with his family over the phone but that wasn’t enough.

Vinod Khanna's spiritual quest had distanced him from his family 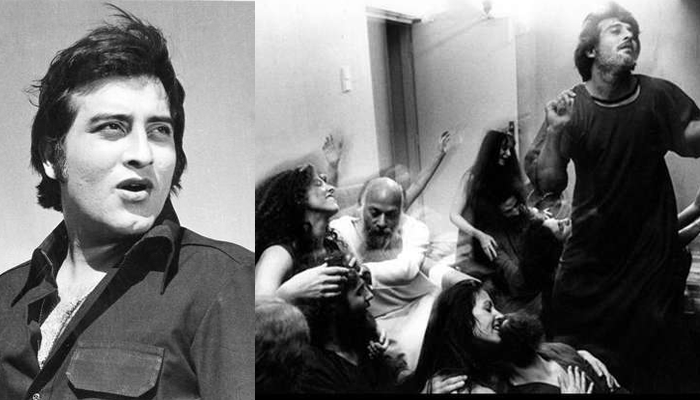 Vinod Khanna's family had wanted his presence in their life. His sons had wanted their dad back. And the superstar's wife, Geetanjali had tried to make him understand that it was difficult for the boys to face the world that would always question them about his whereabouts. Vinod Khanna had chosen the ashram over his home which had forced Geetanjali to file for divorce. In 1985, the once madly-in-love couple had parted ways.

Don't Miss: Love Story Of Bollywood Legend Anil Kapoor And His Wife Sunita Will Make You Believe In True Love

Vinod Khanna had found love again in his forties 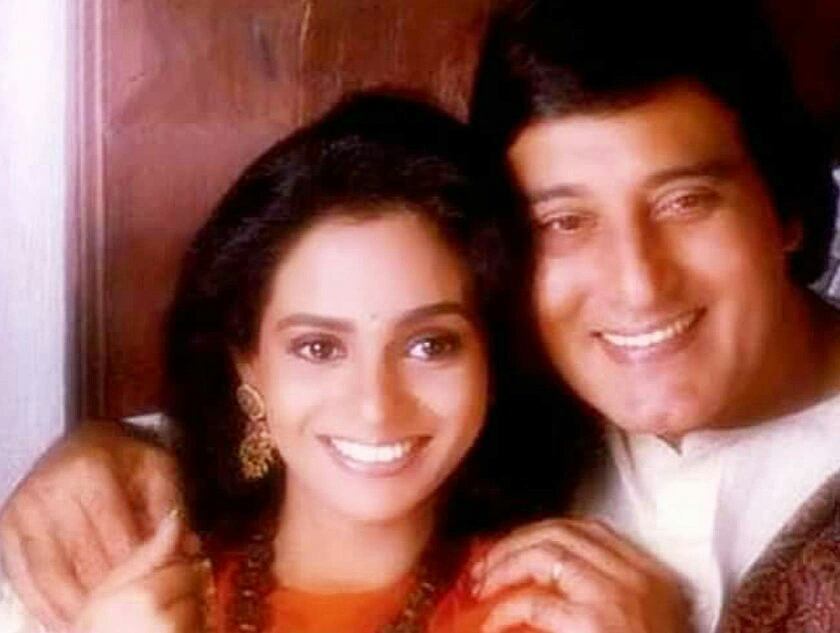 When Vinod Khanna had returned from the US, he had nothing. That’s when he had turned to his friends from the industry, who had welcomed him with open arms. In 1987, he had a brief fling with Amrita Singh which he had ended because the actress' mother was not in favour of the match. On his 43rd birthday, Vinod Khanna had met a beautiful lady, Kavita Daftary and had fallen head-over-heels in love with her. Kavita was a shy and timid person and she had thought Vinod was a proud actor. It had taken Vinod a lot time to woo Kavita to go on a long drive with him. This long drive had changed Kavita’s perception of him. That’s how a new love story began. On May 15, 1990, the couple had tied the knot. The couple was soon blessed with a son, Sakshi and a daughter, Shraddha. 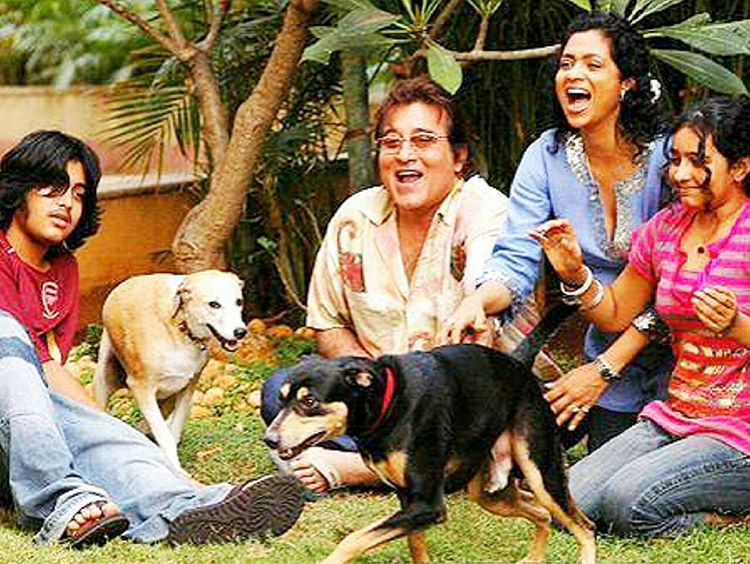 On April 27, 2017, Vinod Khanna had passed away following a prolonged sickness. He was getting treated for bladder cancer. The actor had died with his family around. His second wife and kids were with him, during his testing times.