IAS toppers Tina Dabi and Athar Aamir- ul-Shafi Khan were pronounced husband and wife on March 20, 2018, in Kashmir’s picturesque, Pahalgam. Their wedding was indeed a wedding of the national integration. Announcing her marriage with Athar, Tina tweeted, “I’d like to talk to you about our wedding. Athar and I got married on 20th March by in Jaipur by Collector Shri Siddharth Mahajan. Then we planned two wedding celebrations. The Kashmir celebration happened recently. The Delhi wedding celebration will be held on 14th April.” (Also Checkout: Lalu Prasad's Daughter Wore An Orange Lehenga Studded With Swarovski Crystals For Her Wedding) 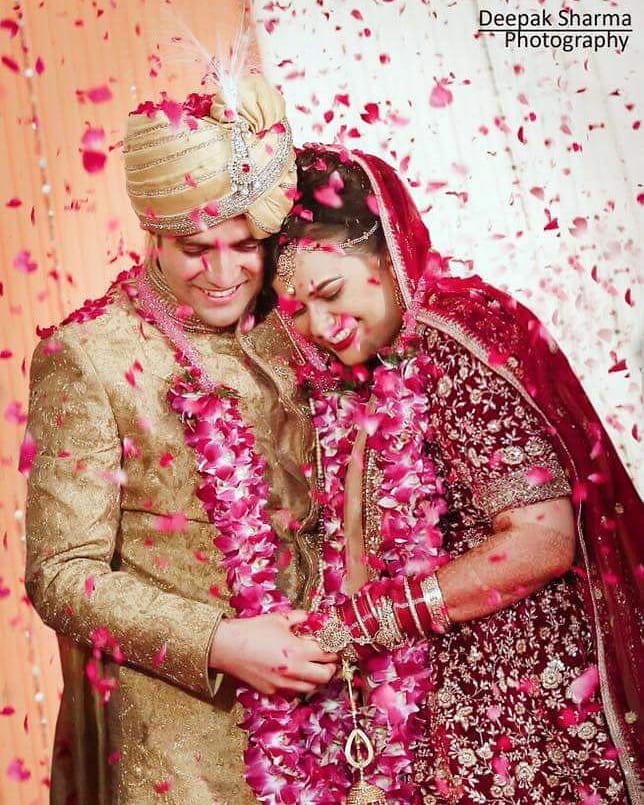 The wedding reception took place in bride Tina’s hometown and the group picture of the couple with the Vice President of India, Venkaiah Naidu was tweeted by the Vice President’s official Twitter account. The tweet said, “Attending the wedding of Ms Tina Dabi and Mr Athar Amir Khan, in New Delhi, today. Blessed and conveyed best wishes to the newly wedded couple.” In a small talk with the Times Of India, Tina’s father said that the Vice President was very happy to attend the reception ceremony. Tina’s father was quoted as saying, “He (Venkaiah Naidu) told me that the boy is from J&K and the girl is from Delhi, this is the message that this wedding is giving. I am a proud father. My daughter and my son-in-law, both have been toppers.” (Also Checkout: 9 Bollywood Actresses Whose Wedding Outfit Had One Of The Most Expensive Price Tags) Tina and Aamir took their wedding vows in a simple court ceremony in Jaipur, then their destination wedding took place near Khan’s hometown, Pahalgam in Kashmir. Finally, their wedding functions were concluded with a lavish wedding reception ceremony in Delhi. For the reception, newbie bride Tina dazzled in a wine-coloured lehenga with a golden and red dupatta, and she completed her look with gold jewellery, chooda and kalire. Complementing her look was her hubby, Athar who looked debonair in a golden sherwani with fetching pagdi. (Also Read: Anushka Sharma Blew A Flying Kiss To Virat Kohli After He Won The Match. Check Video Inside!) Congress President Rahul Gandhi also congratulated the newly-wedded couple on their wedding, and wrote, “Congratulations Tina Dabi and Athar Amir-ul-Shafi, IAS toppers, batch of 2015, on your wedding! May your love grow from strength to strength and may you be an inspiration to all Indians in this age of growing intolerance and communal hatred. God bless you.” (Also Read: Move Over Anushka Sharma, Nafisa Ali's Daughter Looks Dreamy In Sabyasachi's Bridal Lehenga) For those who don’t know, Tina Dabi and Athar Aamir- ul-Shafi Khan met at the Department of Personnel and Training (DoPT) office in North Block for a felicitation function on May 11, 2015. It was a love at first sight for Athar, and Tina was charmed by his wit. Once in an interview, Tina stated, “It was a love-at-first-sight. We met in the morning and by evening Aamir was at my door.” While for some people, their relationship was seen as a quintessential example of love and peace, but for some, their union was nothing but a ‘Love Jihad’. (Also Read: Sunny Leone's Promise To Nisha: Will Protect You From All Evils Even If That Means Giving My Life) 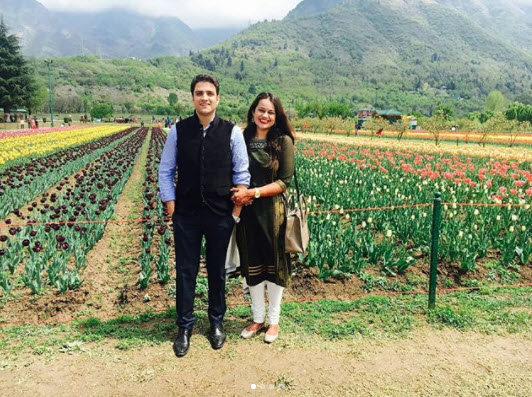 Despite many hurdles and obstacles, Tina Dabi and Athar Aamir- ul-Shafi Khan proved that love is stronger than any force in the world and their love story is truly an inspiration to everyone!

Next Checkout: 6 Stylish Ways To Drape A Dupatta With Your Lehenga To Look Like A Royal Bride