Writer-entrepreneur, Shweta Bachchan Nanda opened up about being a parent first to her daughter, Navya Naveli Nanda. Check it out!

Veteran actor, Amitabh Bachchan and his wife, Jaya Bachchan's granddaughter, Navya Naveli Nanda is one of the most talked about star kids in the industry. Her new podcast, What The Hell Navya, has become the talk of the town ever since its teaser got released. Her podcast featured herself, her entrepreneur-writer-mother, Shweta Bachchan Nanda and legendary actress-grandmother, Jaya Bachchan. In the show, the three generations have been caught indulging in some really empowering conversations.

For the unversed, Amitabh Bachchan and Jaya Bachchan got married on June 3, 1973, and the couple is blessed with two beautiful kids, Shweta Bachchan Nanda and Abhishek Bachchan. Additionally, they are also proud grandparents who never fail to show their love and blessings to their grandchildren, Navya Naveli Nanda, Agastya Nanda, and Aaradhya Bachchan. The glimpses of the Bachchan family often keep doing rounds on the internet and mesmerises the fans.

Also Read: Priyanka Chopra Shares A Cute Moment With Her Daughter, Malti, Drops A Vintage Picture With Her Dad In an interview with the Times Of India, Navya Naveli Nanda opened up about her equation with her mother, Shweta Bachchan Nanda and grandmother, Jaya Bachchan. Talking about the same, Navya revealed that she shares a friendly bond with her doting mommy and granny. However, her mother, Shweta Bachchan Nanda disagreed with her statement. By denying to being a friend to her daughter, Shweta said that she's a parent first. Adding to this, she even opened up about giving space to her duaghter, Navya. In her words:

"A lot of times we don't agree but at least we have a space in our family dynamic where everyone is given a mic, so to speak, where everyone's opinion, whether it's the eldest or the youngest, is heard out." 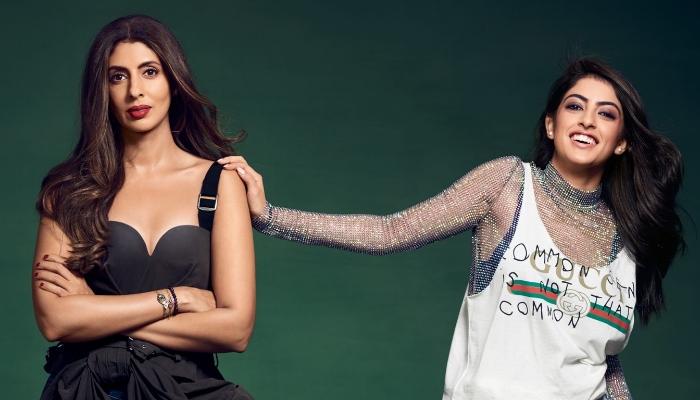 Earlier on her podcast show, What The Hell Navya, the host, Navya during a conversation with her mommy, Shweta Bachchan Nanda and her granny, Jaya Bachchan had revealed that everyone in the Bachchan family takes Jaya's advice very seriously. Adding to this, she even said that her nani is the first or second person to whom she updates about her life. Elaborating about the same, Navya had mentioned:

"You are like the glue of the family. Everyone takes your opinion very seriously." On September 17, 2022, Navya Naveli Nanda had taken to her Instagram handle and released the trailer video of her debut podcast, What The Hell Navya. Moreover, she had also revealed her 'special guests', which is none other than her mommy, Shweta Bachchan Nanda and nani, Jaya Bachchan. The video showed "3 ladies, 3 generations, 3 perceptions" who were seen discussing various things from finance and fame to friendship and family. In the video, Jaya was heard promising a 'funny' story and also revealing 'little secrets' about her daughter and granddaughter.

Well, we are looking forward to witnessing more of such interesting family banters.

Next Read: Ranbir Kapoor And Alia Bhatt Have Already Started Fighting As They Prepare For Their First Child