When Designer, Sabyasachi Called Deepika Padukone In A 'Burqa' For The Trial Of Her Wedding Dress

Bollywood actress, Deepika Padukone had looked out of this world in her Sabyasachi lehenga at her dreamy destination wedding in Italy.

Ranveer Singh and Deepika Padukone are a stunning and much-in-love couple, who continue to inspire millennials with their love and affection for each other. The adorable couple had got married in a dreamy destination wedding in Italy, on November 14, 2018. The two had taken to their social media handles and had shared lovely pictures from their wedding, which do rounds on social media even today. And their mesmerising Sabyasachi couture was unmissable!

For the unversed, Sabyasachi Mukherjee had brought back the ancient Indian textiles, prints and embroideries in his own unique style, and DeepVeer's custom made wedding outfits were, too, a part of his 'The India Revival Project'. Deepika Padukone and Ranveer Singh had become a Sabyasachi bride and groom at their wedding. Sharing the unseen wedding pictures on their official Instagram handle back in 2018, the team of Sabyasachi had written, "Deepika Padukone (@deepikapadukone) and Ranveer Singh (@ranveersingh) head-to-toe in Sabyasachi for their wedding in Lake Como, Italy. All of us at Sabyasachi wish the lovely couple all the very best for a wonderful and happy married life. Photo Courtesy: @errikosandreouphoto".

Deepika Padukone's Bridal Lehenga Cost Revealed, It's Not At All Expensive Being A Sabyasachi Outfit

Deepika Padukone Became A Sabyasachi Bride On Both Days, Did You Notice Her Unique Dupatta?

Deepika Padukone And Ranveer Singh To Wear Sabyasachi Outfits For Their Wedding, Proof Inside

Right After Anushka Sharma, Deepika Padukone Chooses To Be A Sabyasachi Bride

Recommended read: Sara Ali Khan's Net Worth And Her Expensive Possessions Are A Proof Of Her Royal Taste

Deepika and Ranveer had surprised their fans and friends with their wedding announcement, but they had been secretly prepping up for the same for months, and everything was being done in a discreet manner. In fact, designer, Sabyasachi Mukherjee had called Deepika Padukone in a 'Burqa' for her dress trials before her big day. Talking about the same in an interaction on the Business of Fashion, Sabyasachi had revealed:

“When Deepika called, and it's not because of her, the first thing that flashed into my head was Nightmare on Elm Street part 5. I was like 'oh my god' because you see I did Anushka's wedding before that...We do a lot of celebrity weddings but in India when you are doing the wedding of a movie star you're very worried the secrets will go out and I was like when we were doing Anushka's wedding there was a month we had but with Deepika's, there was six and everybody was speculating. I mean she and Ranveer must have gotten married 50 times in the press before she was actually married.” 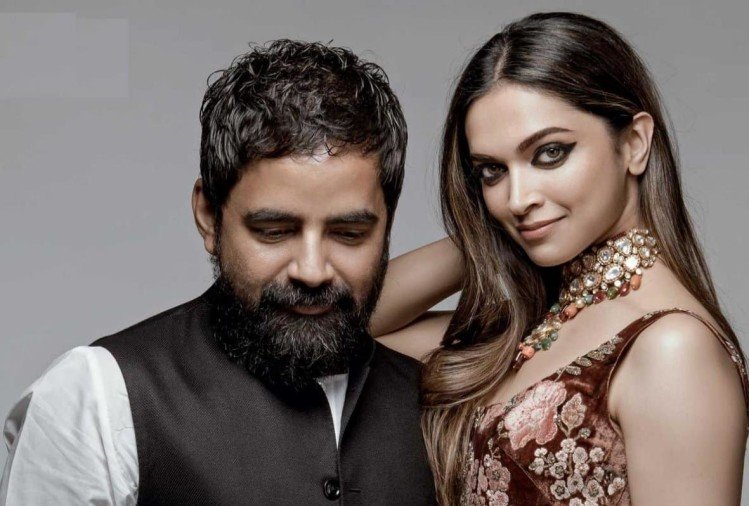 Further in the interaction, the designer had also revealed the reason for asking Deepika to wear a 'Burqa'. Shedding light on the same, he had shared:

“A few people from the Mumbai store (knew) because that’s where Deepika used to come secretly for her measurements and I was terrified that there would be some press hanging somewhere there. We were terrified and I kept telling Deepika that ‘come in a burqa’ and Deepika said, ‘if I come in a burqa that’s when I will get spotted’. A few more people who (were) helping her with measurements and everybody knew. But most people in my factory, because there are 1,800 people at work there, thought it was Naomi Campbell getting married to an Indian prince.”

For her Sindhi wedding, Deepika had opted for a red Sabyasachi lehenga with intricate hand embroidery, golden tilla details, and she had paired it with a chowki design aari-taari dupatta with a heavy border and the age-old saying ‘Sada Saubhagyavati Bhava’ written on it. Sada Saubhagyavati Bhava is a blessing to the newlyweds, which translates to ‘may you forever be married’. Deepika’s Sabyasachi lehenga for her Sindhi wedding was worth a whopping Rs. 8.95 lakhs. 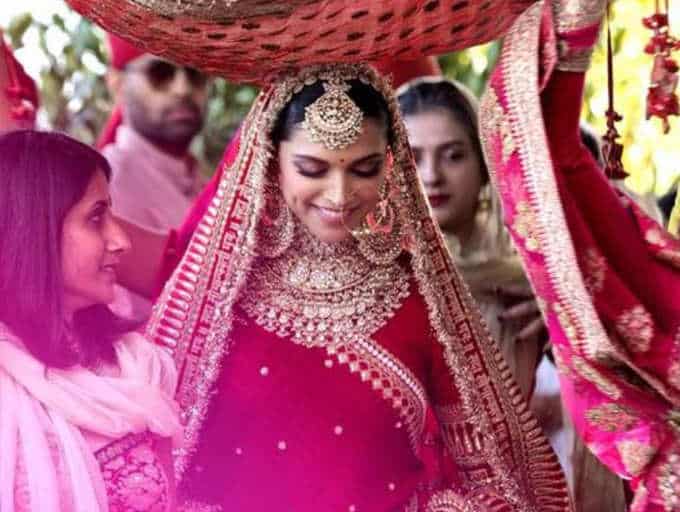 Deepika Padukone’s Sindhi wedding look was completed with a statement maang teeka, jadau jhumkas, a bridal chooda, a nath and simple yet elegant golden kaleere, which she had worn with bangles and rings. Her jewellery was from The Sabyasachi Heritage Jewellery Collection. As per the reports earlier, Deepika had spent Rs. 1 crore on her wedding jewellery and her mangalsutra was worth around Rs. 20 lakhs. 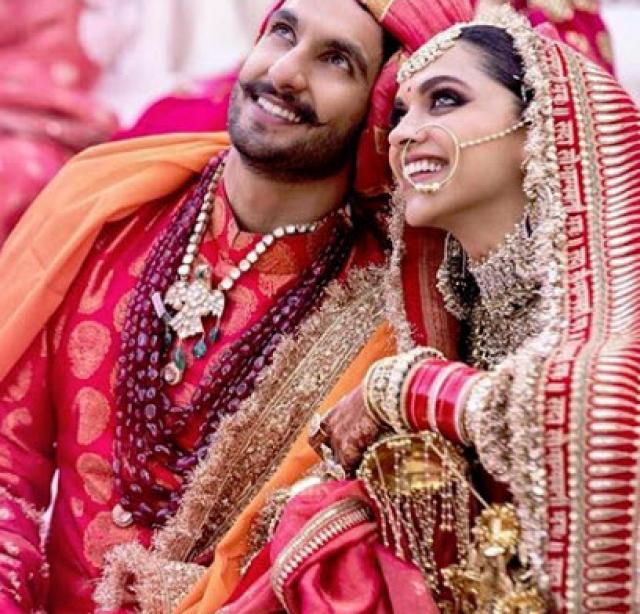 Also read: When The 'Himmatwala' Actor, Jeetendra Called Sridevi And Jaya Prada His 'Bread And Butter'

In an interaction with the Filmfare, Deepika had shared a lot about her marriage and how things have changed for her. The Padmaavat actress was quoted as saying:

"I’m a lot more grounded. I feel secure, I feel protected. When you’re in a relationship, there’s still a lot of nerves, you’re still unsure, no matter how long you’ve been dating. I guess, the terms boyfriend and girlfriend sound frivolous. Somewhere, it doesn’t carry that weight as marriage does. Today when we look at each other, there’s a sense of responsibility." 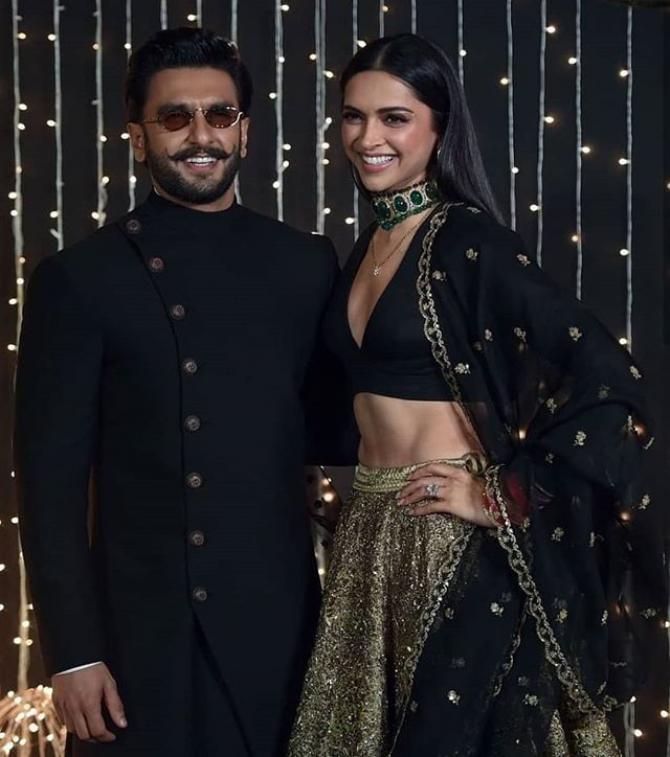 In the same interview, Deepika had revealed what’s the best thing that her husband, Ranveer had ever told her, and had shared:

"He says a lot of things. Honestly, he’s generous with words. That’s one of the things that made me realise why I love him. Some years ago, when I was making more money than him, he was okay with it. It was evident not only in what he told me, even in his actions. Also, the fact that he has never held back what he thinks of me.  Recently, he said in the Filmfare interview that I keep him grounded, that I keep him rooted. That’s a nice thing to say and know." Love stories are epic in their own sweet way! And with every love story, we learn that love is not about accomplishing big things or having a fancy Insta-worthy life but celebrating small moments that make your bond stronger. And B-town’s favourite couple, Deepika Padukone and Ranveer Singh have redefined

Deepika Padukone's Bridal Lehenga Cost Revealed, It's Not At All Expensive Being A Sabyasachi Outfit

Deepika Padukone Became A Sabyasachi Bride On Both Days, Did You Notice Her Unique Dupatta?

Deepika Padukone And Ranveer Singh To Wear Sabyasachi Outfits For Their Wedding, Proof Inside