If there is one person in Bollywood who is known to deliver the most iconic love stories in Indian cinema, it’s none other than Karan Johar. With only 8 films as a director (two of which are short films in anthologies- Bombay Talkies and Lust Stories), his 6 other films have given us most seminal and revered love stories, songs and dramatic experiences. (Also Read: Taimur Ali Khan Has Already Started Accompanying Buddy Like Dad Saif Ali Khan To Gym, Pic Inside!)

Famous B-Town Actress Plays 'Santa' For Yash-Roohi, Happy Daddy KJo Thanks Her In This Cute Video

From Johar Twins To Taimur, Toddlers Of Bollywood Show How To Party At Adira's Birthday Bash

Karan Johar's Kids, Yash And Roohi Does 'Namastey' To The Paps And It Melted Our Hearts [Video]

Karan Johar's Kids, Yash And Roohi Doesn't Want Their 'Dadda' To Have His Birthday Cake

Karan Johar's Son, Yash Johar Reveals The Reason Behind Combing His Hair And It's Adorably Hilarious

Karan took to social media and sharing the following picture, wrote, “Can’t believe it’s been #20yearsofKKHH! A film that gave me love, acceptance and a career. I will always be eternally grateful to @iamsrk @kajol #rani @beingsalmankhan for indulging a 25-year-old boy with stars in his eyes!!! Thank you for all the love”. 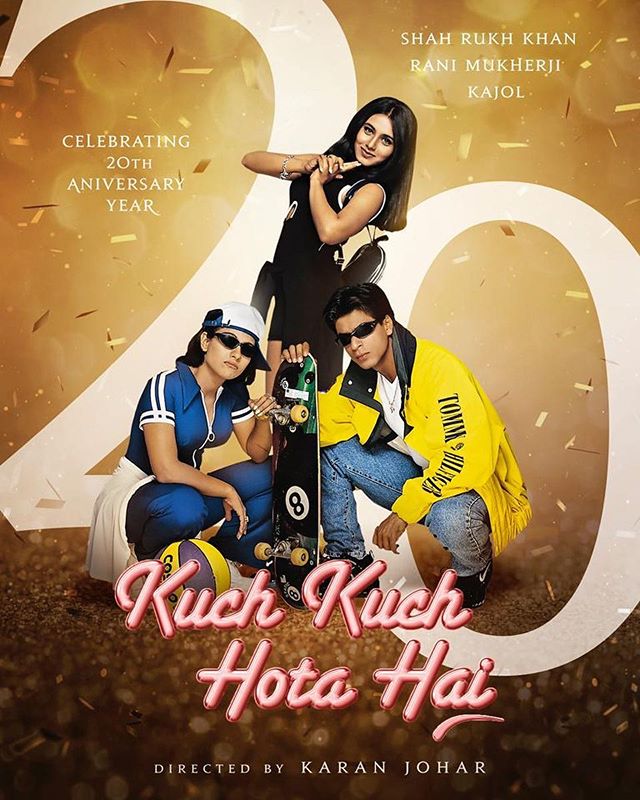 Well, Karan Johar organised a celebratory bash in Mumbai and invited his industry friends and family. Film’s leads, Shah Rukh Khan, Kajol and Rani Mukerji were obviously present apart from many leading names of Bollywood. But before we go into the details of the event, we want to highlight, that even KJo’s little munchkins, Yash Johar and Roohi Johar celebrated 20 years of Kuch Kuch Hota Hai. Wondering how? Well, Karan took to his Instagram handle and shared the following pic of his two patooties, and captioned it, “My Kuch Kuch munchkins!” Guess what? Shah Rukh Khan also wore a similar hoodie in the film and hence, in a way Yash and Roohi couldn’t help but rejoice on 20 years of KKHH. 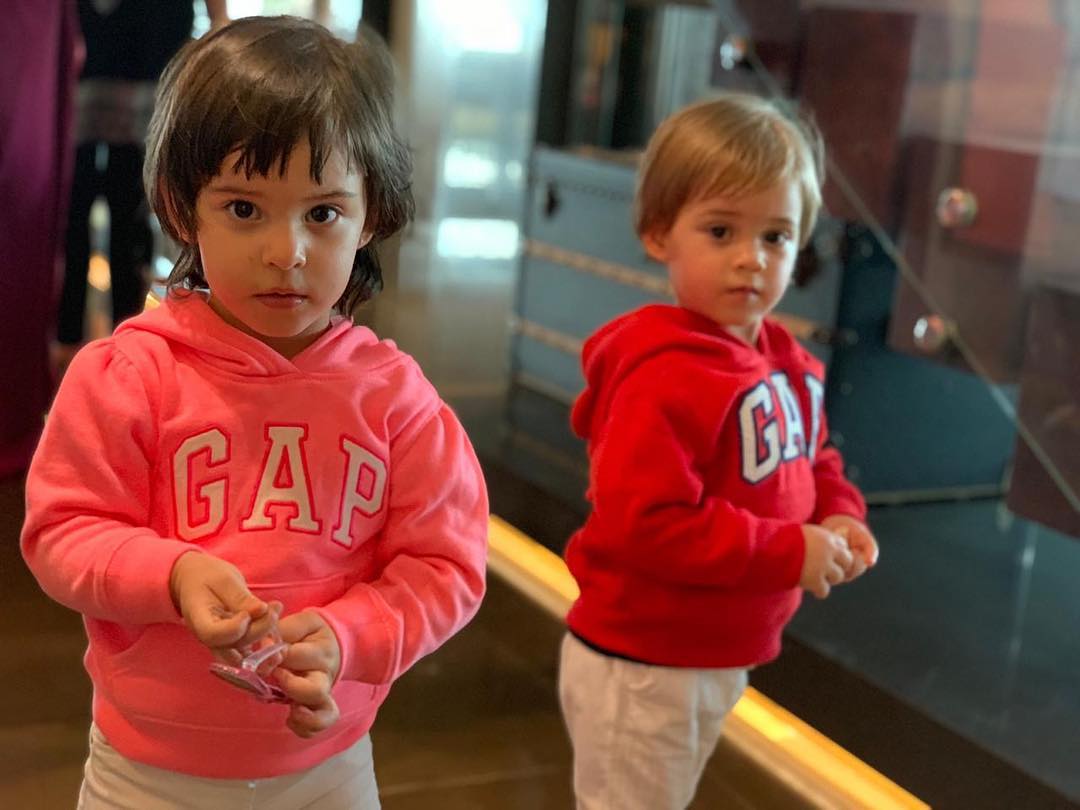 Take a look at another pic:

And to make the resemblance clearer, here's another one: 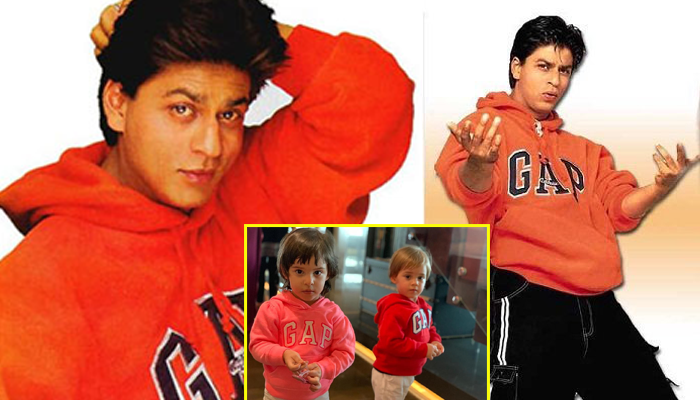 Now, apart from Yash and Roohi, almost the entire Bollywood celebrated the landmark. At the event, Karan revealed that it was Shah Rukh who pushed him to make the film and become a director, “Farah did the songs and Shah Rukh said, I should supervise it. Then I got confidence. Now I always tell first-time directors to start with a song because the atmosphere is fun and light so you can settle with your characters and then start your film”. (Suggested Read: Alia Bhatt And Ranbir Kapoor Spotted Shopping Together In The New York City, Look Happy Together) 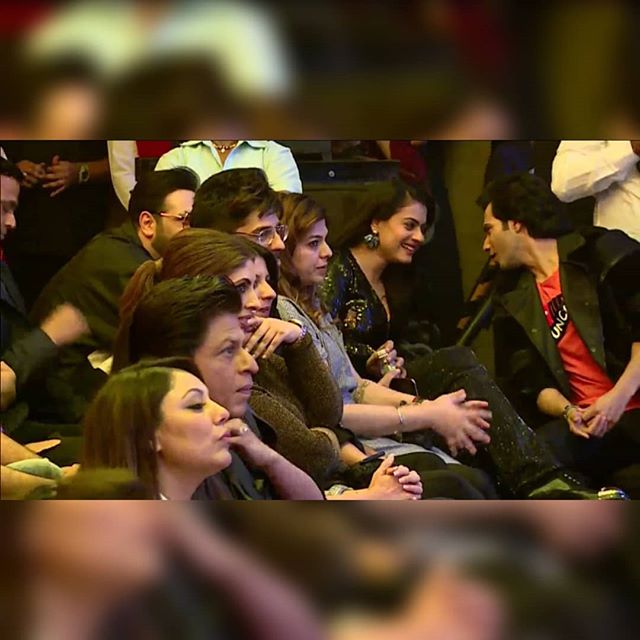 Kajol, who played the role of Anjali in KKHH was quoted as saying, “What I realised is that when you have fun off screen it translates on screen. Your off-screen equation is conveyed on screen. There is some relatability, touchability, that comes on screen. You don’t know what is it that attracts people”.

Talking about Shah Rukh, Rani Mukerji said, “I think I've said this several times, thank you shah rukh to teach me to how to romance on-screen. I just love your heart and nobody can romance like Shah Rukh on-screen. When shah rukh loves, there isn't anybody who loves like Shah Rukh. I couldn't have it better than Shah Rukh”. 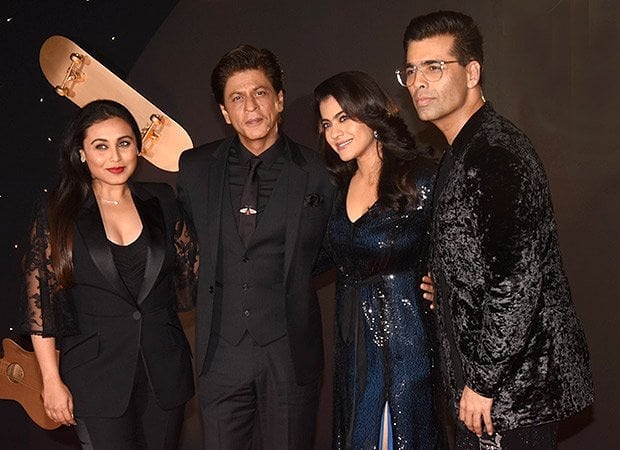 Recalling his experience on the film, SRK said, “I find it quite creepy. Especially when I'm hugging one girl and holding another. I'm very cheaply looking at this girl's pallu flying off. Whenever I think of KJo made me participate in a film out of love and not the script”. (You May Like: Deepika Padukone And Ranveer Singh To Get Married In Less Than A Month? Date Inside)

Well, every 90s kid knows about the cult love story that the film was. We hope even Karan’s children watch it soon and when they grow up, talk about their father’s debut movie. Guys, how did you like the way Yash Johar and Roohi Johar celebrated 20 years of Kuch Kuch Hota Hai? Do let us know in the comments section below.

Famous B-Town Actress Plays 'Santa' For Yash-Roohi, Happy Daddy KJo Thanks Her In This Cute Video

From Johar Twins To Taimur, Toddlers Of Bollywood Show How To Party At Adira's Birthday Bash