On September 24, 2022, Yuvraj Singh's wife, Hazel Keech shared a series of super-cute pictures of their baby boy, Orion. Check out!

Former Indian cricketer, Yuvraj Singh got married to actress-model, Hazel Keech, and the two welcomed a baby boy into their lives on January 25, 2022. Being extremely private people, Hazel and Yuvraj kept their baby away from the media glares for the longest time and kept on enjoying their parenthood journey to the fullest. However, ever since they revealed their baby boy, Orion Keech Singh's face, their fans have been drooling over his adorable pictures.

Fast forward to today, Yuvraj Singh's son, Orion is seven months old now. The little munchkin has already become a social media sensation and enjoys a huge fan following. His fans adore him for his cutesy antics and to-die-for smile, and they never fail to shower love on the little one. The star kid lives in our hearts rent-free, courtesy of his chubby cheeks and ever-lasting cuteness.

Yuvraj Singh And Hazel Keech Celebrate Their Fourth Wedding Anniversary, Twin In Black For The Date

Yuvraj Singh Shares A Cute Wish For His 'Biwi', Hazel Keech On Their Third Wedding Anniversary 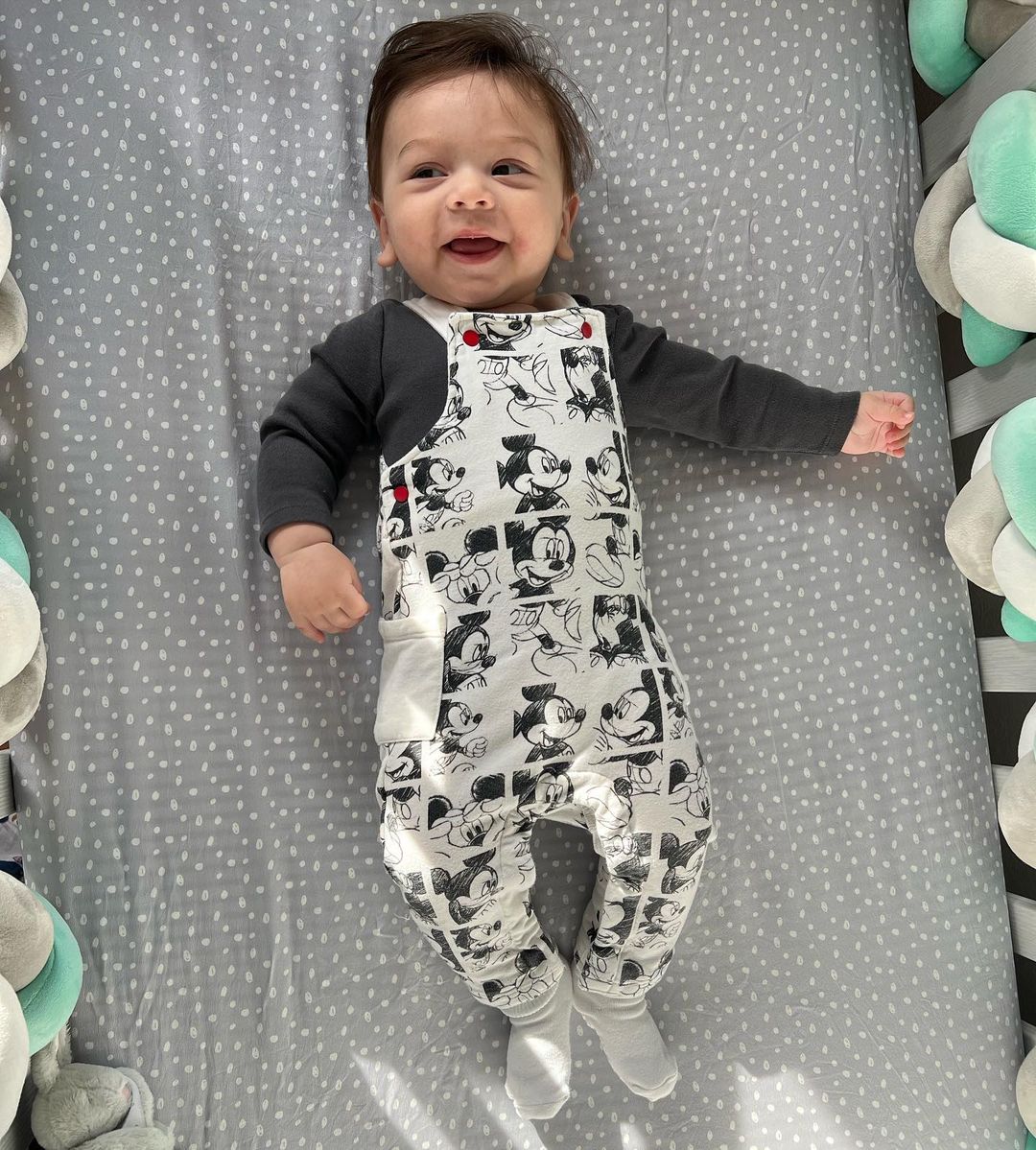 On September 24, 2022, taking to her IG stories, Hazel Keech shared some adorable pictures of her son, Orion. The first picture showed Orion's meeting with his dadiji, who was seen showering her love on her cutesy grandson. The other two pictures were from Orion's mini getaway to the mountains with his mommy, Hazel. The little munchkin was sitting comfily in a baby carrier, looking the cutest in a lavender-hued sweatshirt. Sharing the pictures, atop it, Hazel penned:

Aly Goni On His Equation With GF, Jasmine Bhasin, Shares That There Is No Possessiveness

When 'Hostel Daze' Fame, Ahsaas Channa Revealed If She Got Her Sex Changed At 6 To Become A Girl

Chetan Bhagat's Wife Anusha Bhagat: Went Against Her Parents To Marry Him, Stood By Him Like A Rock

Sanjay Gagnani Was Marriage-Phobic, Says Live-In Relationship Inspired Him To Get Married To Poonam

However, in the next picture, Orion can be seen lying on a bed, watching a cricket match on the television. The little munchkin was wrapped in a towel as he had just bathed. His doting mommy revealed that Orion was looking for his father, Yuvraj Singh, as she penned, "Papa?" atop the picture. However, the fifth picture was from the moment when Orion finally met his father and was sitting on his lap. His happiness was clearly visible on his face. Sharing the picture, Hazel wrote:

"Ohhhh this one is PAPA!"

On September 19, 2022, Yuvraj Singh relived the historical moment of 'Six sixes in an over' during the India vs England in the T20 World Cup 2007 with his son, Orion. The cricketer had taken to his IG handle and shared a video of himself watching India vs England T20 World Cup 2007 match at his home. In the video, Yuvi could be seen sitting on a couch with his little munchkin on his lap. Orion was looking curiously as his daddy dearest made a never-seen-before win. Sharing the video, Yuvraj had penned:

"Couldn’t have found a better partner to watch this together with after 15 years. #15YearsOfSixSixes #ThisDayThatYear."

Next Read: Navya Naveli Nanda On Equation With Mom, Shweta And 'Nani', Jaya, Says, 'We Have A Lot Of Conflicts' 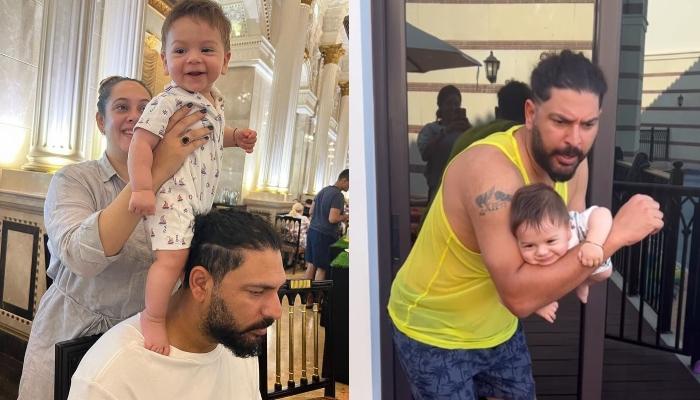 Former Indian cricketer, Yuvraj Singh tied the knot with actress-model, Hazel Keech, and the couple was blessed with a baby boy, Orion on January 25, 2022. Being extremely private people, Hazel and Yuvraj kept their baby away from the media glares for the longest time. However, now, Orion enjoys a huge fan

Yuvraj Singh And Hazel Keech Celebrate Their Fourth Wedding Anniversary, Twin In Black For The Date