Anita Hassanandani stepped out with her husband, Rohit Reddy and looked like a vision in a white jumpsuit, flaunting her baby bump. Check out the pictures inside! 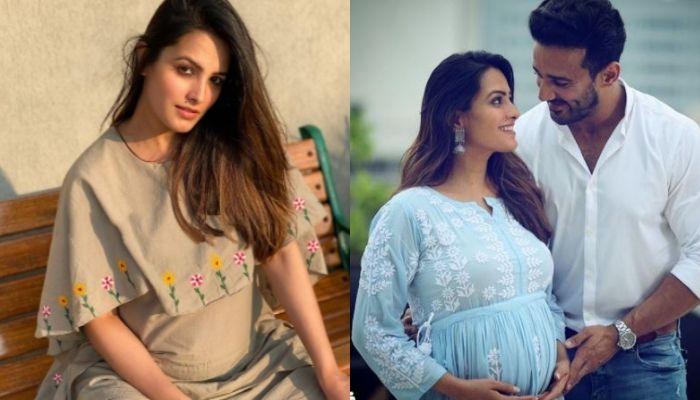 A woman becomes extra gorgeous when she is carrying a baby in her womb. Her beauty enhances and her bright happy smile can easily lit up the vibe of any room. As recently many celebrities announced their pregnancy, we simply cannot wait to spot them and adore their beauty. Anita Hassanandani is one of the actresses expecting her first child in February 2021 and she is enjoying this new phase of her life to the fullest as she often shares glimpses of it. (Also Read: Abhishek Bachchan Reveals The Nickname He And His Father, Amitabh Bachchan Gave To Each Other)

After weeks of speculations and teasing their fans with camouflaged pictures and videos, Anita Hassanandani and Rohit Reddy had confirmed their pregnancy and had announced that soon they’ll be embracing parenthood. Anita had posted a video on her IG handle, which had showcased their journey from being girlfriend-boyfriend, proposal, marriage and finally to-be parents. Anita had captioned the video with two hearts adding up to three followed by “Love you @rohitreddygoa #gettingreadyforreddy.” Now, the actress is spotted in the city with her darling husband, and we cannot get over her charismatic look!

Anita Hassanandani is a diva, no matter what! Her fashion game has always been on point and even now, she is bringing out her ace maternity looks. From flowy dresses to floral prints, Anita is keeping her pregnancy easy breezy and now, the actress is spotted in a jumpsuit and we are totally pleased. Anita is spotted in the city with her husband, Rohit, wearing a white cotton jumpsuit. Her chubby cheeks and baby bump added to her beauty as she posed for the shutterbugs. Keeping her makeup minimal, she tied her waved tresses with a hair-band and to add some colour, she opted for yellow slippers. On the other hand, her husband, Rohit opted for a black track pant with a beige t-shirt and a hat. Take a look:

For every expecting mother, baby kicks come as a phenomenal experience. Anita Hassanadani had narrated the story of her baby kicks in an adorable post. On November 17, 2020, Anita had taken to her Instagram handle and had posted a lovely picture with her hubby, Rohit, wherein she could be seen flaunting her baby bump. Alongside the picture, Anita had shared the blissful feeling of experiencing the baby kicks. She had written, "While I share this kiss, I feel the kicks. It is so amusing exciting miraculous out of the world unreal experience cannot be described in words. Every mother would understand what I’m feeling." (Recommended Read: Twinkle Khanna Trolls Her Mother, Dimple Kapadia's Cooking Skills By Praising Her Acting Prowess)

Like every mother, Anita too has her worries about her soon-to-be-born baby and she had expressed the same on her IG stories on October 30, 2020. Anita had shared a video of her hubby, Rohit and their pooch that had made her worry about her baby. In the video, Rohit could be seen sleeping and their pooch sleeping next to him. The two were fast asleep, leaving Anita in stress about her baby as she had worried where her baby is going to sleep. Sharing the video, Anita had written, “Where is our baby going to sleep. I’m stressing” followed by crying and laughing emojis atop it.

In an interview with Pinkvilla, Anita had talked about her hubby, Rohit's behaviour and whether he is ready to be a father. The actress had revealed, "Rohit is very excited and thrilled. We already have a pet together and he is very very involved with Mowgli as well. So, as a parent, I know he will be 100% an active father. He is really looking forward to fatherhood. I think he is already so responsible, so excited, I am getting to see new sides to him. I think it is an exciting phase and we both are looking forward to it." (Don't Miss: Hardik Pandya And Natasa Stankovic's Son, Agastya Turns 4 Months Old, Actress Shares B'Day Pictures)

Isn’t Anita looking like a dream in the pictures?

Pregger, Anita Hassanandani Is Nervous And Cannot Wait For The Baby To Pop As Her Due Date Is Soon 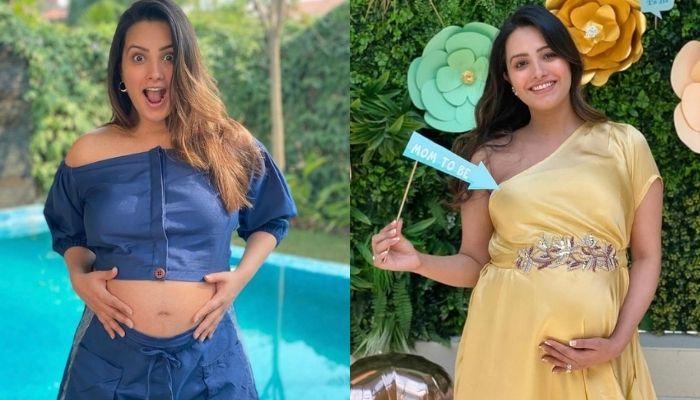 The feeling of being pregnant comes with delusion. It takes a while for a couple to let the feeling sink in and accept that they will soon have a creature in their life, who will be a blend of their genes and traits. What starts with delusion becomes excitement over